War is one of humanity’s constants. No matter how enlightened we become or how much our technology changes, we’ll still spend our time killing one another. As such, it is inevitable that today’s younger generation will experience war. The only question is when.

These 10 examples of war could well blow up within the next few years. Some are regional, some are global. Some are small, some are big. The only constant is how horrifying these conflicts could potentially be. 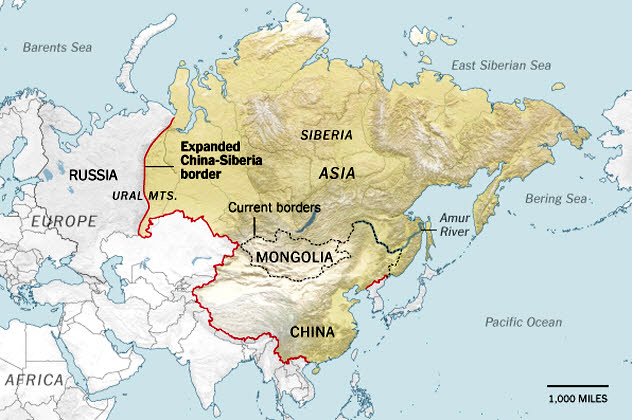 One superpower in its twilight years. One new upstart ready to take on the world. At the moment, China and Russia are the big beasts east of the Ural Mountains. Both have vast armies. Both are nuclear-armed. Both are expansionist. And both have a claim on Siberia.

A sparsely populated, resource-rich sweep of land bigger than Canada, Siberia has long been in China’s sights. Recently, the Middle Kingdom caused outrage in Russia by trying to buy up tracts of Siberian land. Beijing considers itself to have a historic claim to at least the eastern part of Siberia, and many ethnic Chinese are settling over the Russian border. For the Kremlin, this spells trouble.

A China-Russo war over Siberia would be devastating and have only two possible outcomes. Either the Chinese army would decimate Russia or Moscow would unleash nuclear war. Either way, the death toll would be catastrophic.

9 The War For The Baltics 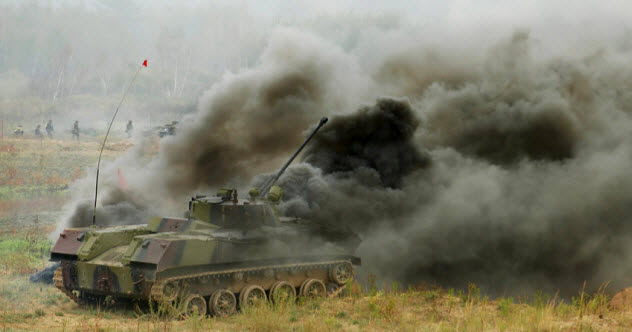 After Putin’s annexation of Crimea, Europe has been jumpy about the possibility of war with Russia. According to the former deputy NATO commander, Sir Alexander Richard Shirreff, it’s a virtual certainty.

Shirreff points to Russia’s fear of encirclement by NATO as the spark that will ignite the region’s tensions. As early as May 2017, the decorated British general expects Moscow to drive a land corridor through Ukraine, connecting the Crimea to Russia, and then invade one or more of the Baltic states. Since Estonia, Latvia, and Lithuania are all NATO members, this could result in an insane Western war with Russia.

The initial battle for the Baltics alone could kill tens of thousands. Chillingly, Shirreff believes Russia would threaten to launch nukes if NATO tried to intervene, threatening millions of lives. 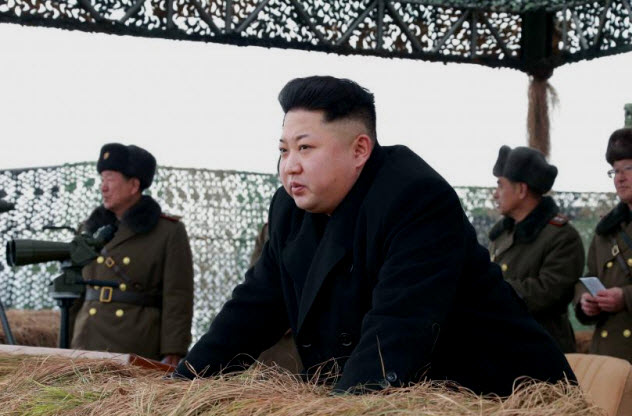 This summer, a high-ranking North Korean diplomat in London defected to South Korea. It was just the latest in a string of incidents that point to the imminent collapse of the Kim Jong Un regime.

Kim has alienated powerful allies such as China. He’s no longer able to keep his elite in luxury. Cheap smartphone technology has allowed his people to see life on the outside for the first time. Meanwhile, the country is preparing for shortages that could make the 1994 famine look like a stroll in the park.

The result could be a revolution unlike anything the DPRK has seen. People could take to the streets, the army could split into warring factions, and all hell could be unleashed. The last time a communist dictatorship imploded violently was in Romania, where a popular revolt killed over 1,100 in less than 10 days. Deposing Kim could be even bloodier. 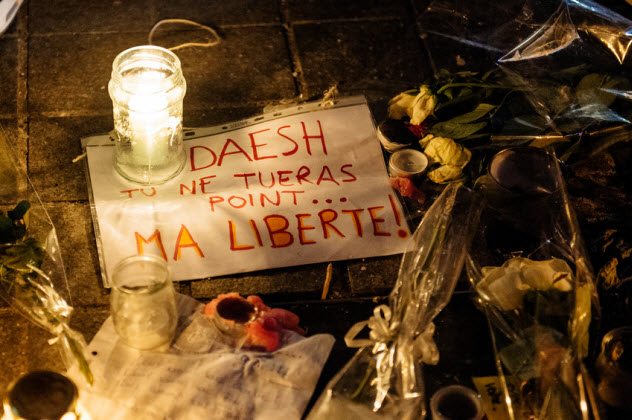 Faced with air strikes, economic turmoil, and advancing armies, ISIS is on the verge of collapse. Don’t expect them to go quietly, though. When their actual state collapses, chances are the jihadists will take the fight directly to Europe.

Returning fighters could devastate the Continent with a low-intensity yet deadly urban guerrilla war. Europe’s great cities would become charnel houses. You’d see frequent gun and bomb attacks on civilians and pitched battles between police and gun-toting jihadists in the streets.

France and Belgium would be the main targets, followed by Germany and the UK. No city would be safe. Politicians would be paralyzed. There would be bloodshed and mayhem. And this grim urban war would grind on until every last ISIS stooge was dead. 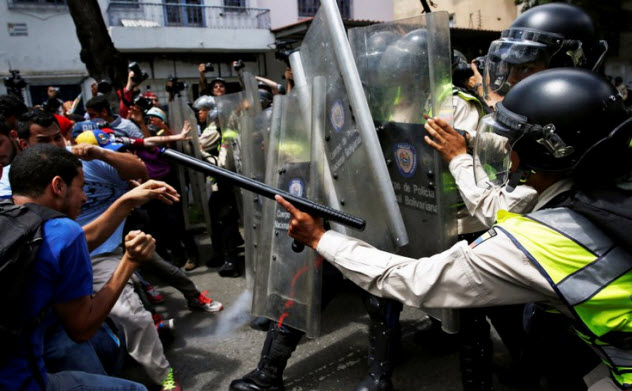 The streets of Caracas are lawless. Staple items are impossible to buy. Inflation is over 500 percent and could hit 1,600 percent. There are protests, violence, rampant corruption, police brutality, and a paranoid government that refuses to read the writing on the wall.

The potential end result of this anarchy? Civil war.

With Maduro unwilling to step aside, the hungry, embattled residents of Venezuela could well take up arms. Mass defections from the police and military are possible. Neighboring right-wing governments may stick their oar in, as might left-wing groups like Colombia’s ELN. Such a toxic mix could quickly spiral into utter chaos.

Even foregoing a full-on war, a coup might be Venezuela’s best-case scenario. If Latin American history is anything to go by, such a move would likely lead to repression and bloodshed on a horrifying scale. 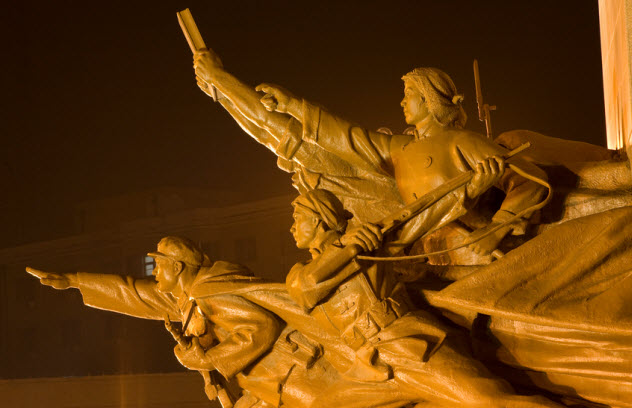 The Cultural Revolution under Chairman Mao was eye-wateringly brutal. Approximately 1.5 million people died. Millions more were tortured and mutilated. Massive corruption, popular discontent, and a sense of betrayal boiled over into a killing spree. Fast-forward to 2016, and all those ingredients are back in place for a blood-soaked reprise.

China has a long history of peasant rebellions. Mao himself was brought to power in one which killed eight million. A few decades earlier, the Boxer Rebellion led to more than 100,000 deaths. A few decades before that, the Taiping Rebellion killed 20–30 million and possibly as many as 70 million. 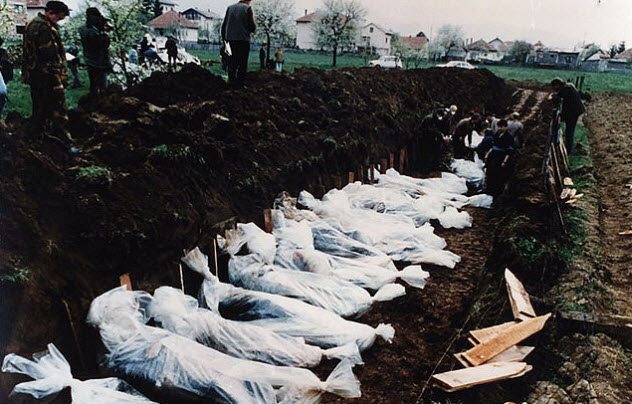 In the 1990s, the world watched in horror as Bosnia disintegrated. Around 100,000 died as civilians were ethnically cleansed from their homelands. The 1995 Dayton Accords stopped the bloodshed by creating two “states within a state”: Bosnia and Herzegovina for the Bosniaks and Croats, Republika Srpska for the Serbs.

The trouble is the new state was inherently unstable. Divided along ethnic lines, it created a world of increasing tensions, bitter grievances, and desire for vengeance. Today, everyone is poor. Youth unemployment is over 60 percent, the highest on Earth. The Serbs and Croats still want to split off. The Bosniaks still want to hold their state together.

The leader of Republika Srpska recently chucked a flaming match into this powder keg. Ethnic Serbs will hold a referendum on whether to secede from Bosnia. The result of a probable “yes” vote? An unwanted sequel to Bosnia’s horrifying civil war. 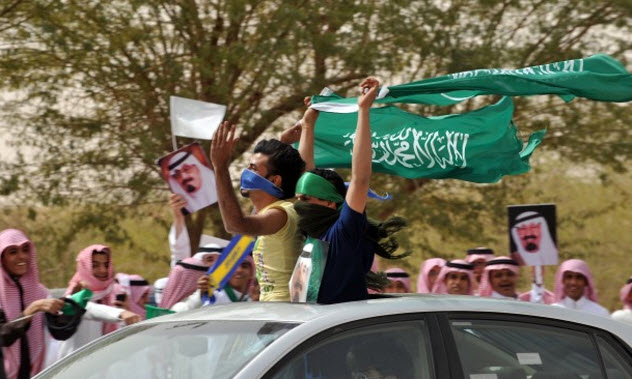 Saudi Arabia got off lightly in the Arab Spring. As dictators fell in Tunisia and Egypt, as Syria burned and Libya imploded, Saudi Arabia’s royals managed to cling to power.

Or did they? According to the US-based Washington Institute, conditions in Saudi Arabia are now similar to those preceding the Egyptian revolution. The nation is ready to explode.

The oil price crash has brought the high-spending kingdom to the brink of bankruptcy. Youth unemployment is out of control in a country that’s predominantly young. The anger of educated twentysomethings is overflowing. The House of Saud is pushing through unpopular privatizations, just as Mubarak did. The minority Shia population is rioting. ISIS is attacking. The war in Yemen is going badly.

It’s easy to imagine a revolution springing from this discontent. If it does, it could be another Egypt, another Libya, or another Syria. Only time will tell. 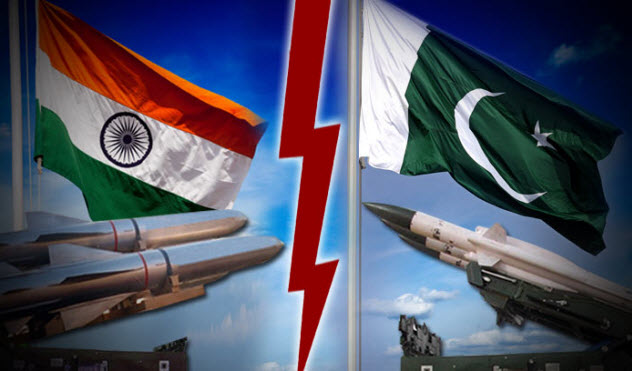 That year, a standoff between Pakistan and India over state-sponsored terrorism nearly escalated into nuclear war. In the end, urgent global diplomacy cooled things down. But the two countries have been here before and will reach this point again. If things go differently next time, we could see the end of the world.

An Indo-Pak nuclear war would see Delhi, Mumbai, Karachi, and Islamabad go up in flames. Tens of millions would perish in an inferno. The nuclear winter would destroy crops across Asia, leading to mass famines. An estimated two billion people could die.

So what could trigger such a terrifying conflict? The disputed region of Kashmir, unstable Pakistan becoming a failed state, or Pakistan-linked terror attacks on India. In short, there are too many potential triggers for comfort. 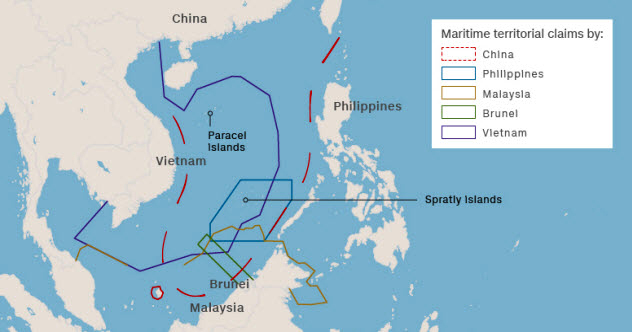 The only thing scarier than Pakistan and India going toe to toe would be China and the US doing the same. Especially if it was in a conflict that pulled in countries like the Philippines, South Korea, Japan, and more.

Welcome to the South China Sea, the region most likely to trigger World War III.

For the past few years, China has been aggressively expanding in the sea. It has done so at the expense of smaller countries that the US just happens to be allied with. The US has responded with warnings. China has returned with threats. Neither side is backing down.

If this does escalate into a war, all bets are off. The whole world would get involved, and millions would die. It’d be like World War II on steroids—the deadliest conflict in human history.