If you’re anything like us, gift shopping for the tech-savvy individual is only difficult in that you want to buy two of everything, so you can keep one for yourself. We mention this specifically because we won’t be held responsible for your credit card bill next month after the following list of surprisingly affordable gadgetry. 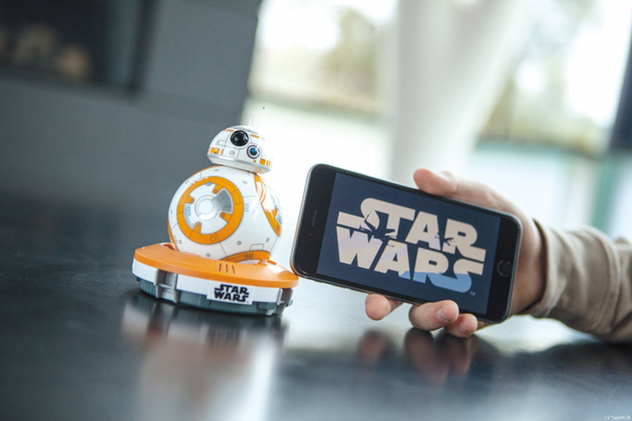 It may not be life-size, but this app-enabled replica BB-8 is, well, the droid you’re looking for. Sure, you can use your smartphone or tablet to pilot it around your living room, but why not just set it to Patrol Mode and let it cruise around autonomously? It responds to voice commands, has adaptive learning and can even record holographic videos- no, seriously- just like in the movies.

The folks at Sphero know how to make interesting tech toys, as we’ve discussed in the Listverse Shop before. While this seems to be an obvious no-brainer adaptation of their flagship product (the Sphero 2.0 App-Enabled Robotic Ball), BB-8 is a serious upgrade in term of functionality and autonomy. 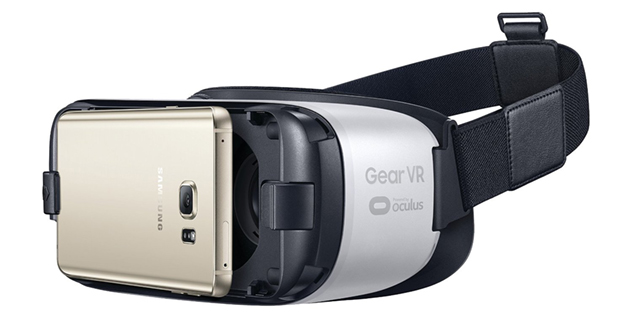 For those who were unable to take advantage of the “free with a new phone” deal when the Samsung Gear VR was rolled out, the Oculus-powered device has since proven to be well worth the hype. The excellent entry-level VR headset is compatible with Galaxy S6 phones and newer, as well as the Note5.

Aside from a wide variety of VR games, a huge selection of panoramic photos and other interactive experiences are offered. The Gear VR represents the very first wave of affordable virtual reality, and amazingly, it’s already pretty spectacular. 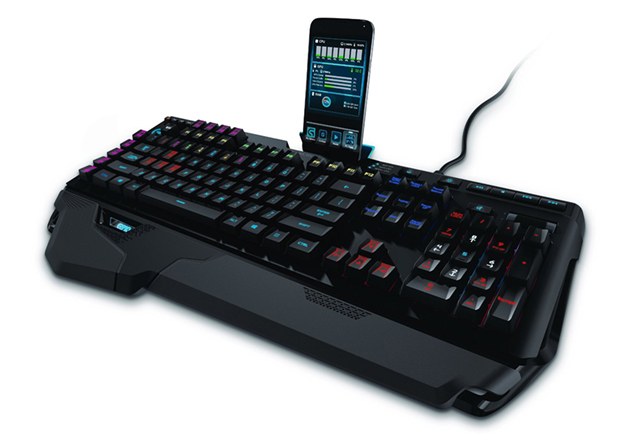 PC gamers know that your keyboard/mouse combo is nearly as important to your gameplay experience as your machine. If your current keyboard isn’t quite up to snuff- look no further. 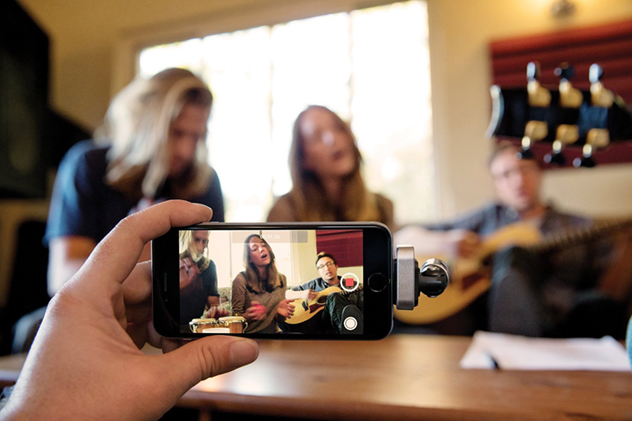 Those of you who need to capture high quality audio- YouTubers, podcasters, and musicians- at the drop of a hat will want to take note. Shure makes the most reliable microphones in the business, and if you have any iOS device, the MV88 might be the last one you’ll ever need.

Simply use the Lightning connector to plug it in and set one of the five preset modes (Speech, Singing, Flat, Acoustic Instrument, Loud) and you’re on your way. It’s even mounted on a rotating hinge for ease of placement in practically any position. 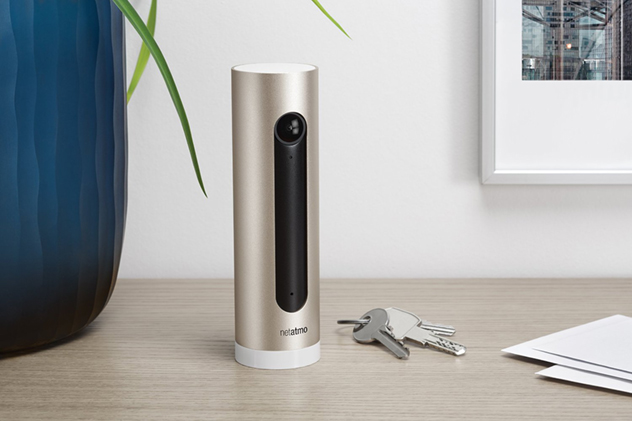 The oddly-named Welcome, Home by Netatmo packs a lot of features into a little home security camera. At only six inches high and less than two inches wide, it houses a 1080p HD camera with a 130 degree field of view, onboard micro SD for storing footage with remote smartphone accessibility, and even includes facial recognition.

This can be used to alert you when children, roommates or others come and go. The onboard storage features bank-level encryption and can be wiped instantly by simply switching out the micro SD card. 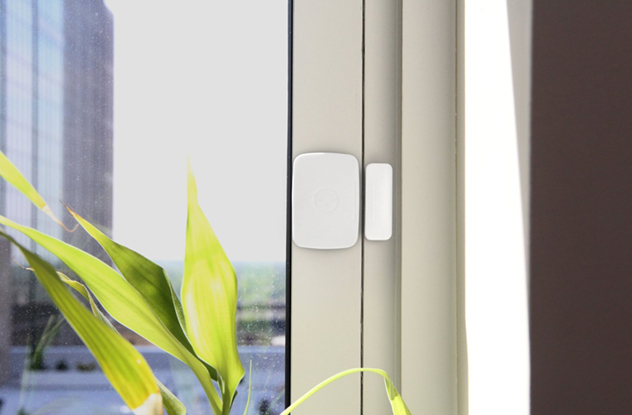 This multi-purpose sensor is easily the cheapest item on our list, which is good, because you’re going to want several of them. It’s an intuitive use of modern technology that, frankly, we’re somewhat surprised isn’t on the way to becoming standard in homes.

The sensor can detect orientation, temperature, vibration and the opening and closing of door or cabinets, and is easily programmed to send alerts. They’re less than two inches square and about a half inch thick, making them unobtrusive yet highly functional with a 50-130 foot range. The accompanying app is available for iOS, Android or Windows Phone. 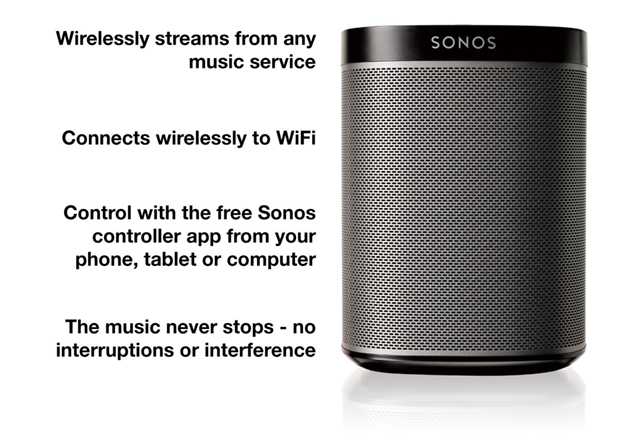 The PLAY line of Wi-Fi streaming speakers by Sonos are remarkably accurate and versatile, and even the lowest-end model is no exception. The PLAY:1 has dedicated amplifiers for both its mid-woofer and dual tweeters, making for an exceptionally clear sound for such a small unit (6.4 inches high).

The accompanying app can act as a hub for all of your streaming services, and additional PLAY speakers can be added wirelessly at any time. They even feature built-in sensors to maximize the sound for the the shape of the room (easy to disable, if that’s your preference), and regular wireless updates mean that this feature will keep improving. 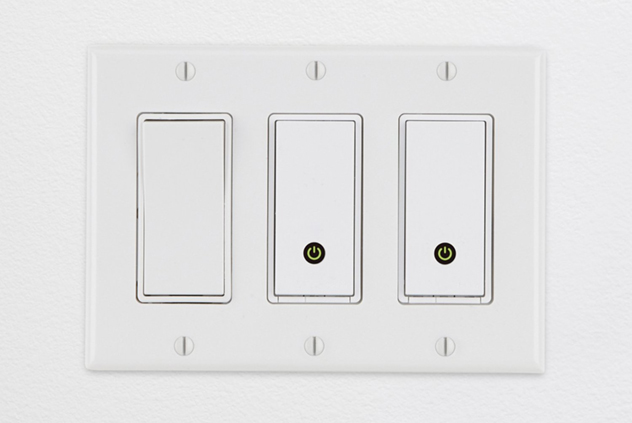 The WeMo wireless light switch is meant to replace your old switchplate, and works with any one-way connection light. You can then operate that switch from anywhere- not just anywhere in your house, but anywhere in the world. You’ll never come home to a dark house again, and can startle your cats from afar when on vacation!

The programmable switch is also temperature sensitive, so can be set to turn ceiling fans or space heaters on and off when the room hits a certain temperature, for example. Amazon Alexa users can also set it to respond to voice commands. 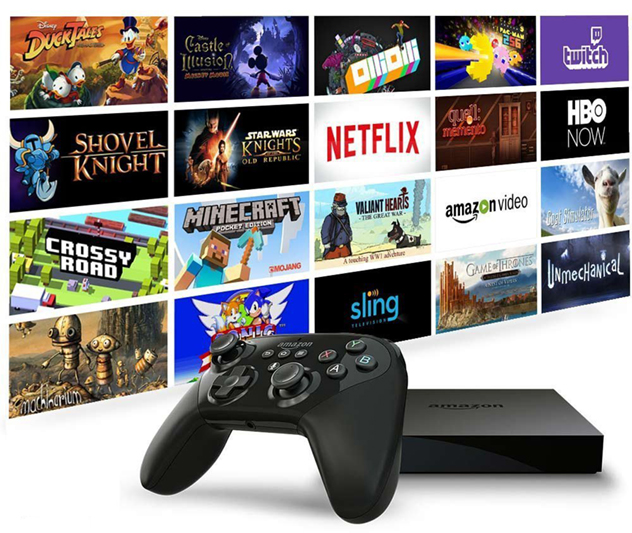 The Fire TV streaming box is a good choice for cord-cutters, with virtually every streaming service available including Playstation Vue. This Gaming Edition is an awesome upgrade for families or casual gamers, coming with two free games, a very Playstation-like game controller and a 32GB SD card for storage.

Not that you’ll need much of that- the main feature here is the vast streaming game library, over 1200 titles from a variety of publishers. More streaming titles are available with a Gamefly subscription. 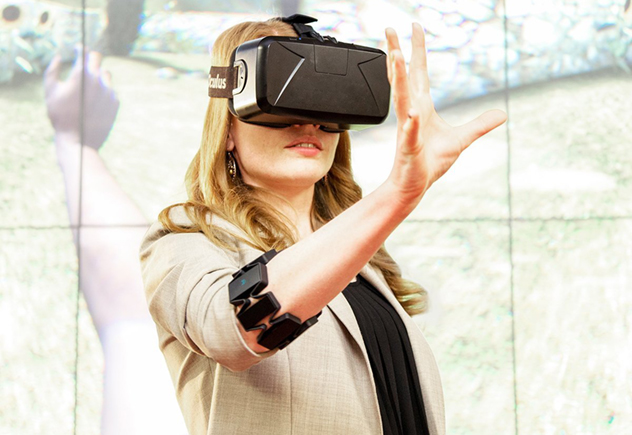 Finally, for the hardcore among you, there is the Myo Armband. Compatible with iOS, Android, Mac and Windows, Myo allows you to control your devices with mere gestures- and a growing suite of applications means you can also interface with drones, robotic toys, and more. From gaming and VR to business applications and everything in between, the device is meant to become more and more customizable as its open source software suite grows.

The Bluetooth device is charged with a standard USB cable and weighs less than a wristwatch. We suggest using it with the BB-8 replica if you really want to feel like you’re using the Force.