The Spartan army was the toughest in the world. Every Spartan man was enlisted, and they were feared around the world. Sparta did away with city walls, believing its men strong enough to make walls useless. It was the only country that Alexander the Great saw and left unconquered—and he never even had the courage to march his men into their land.

Spartan men were warriors because Spartan boys suffered through some absolutely incredible experiences. A child raised in Sparta wasn’t raised by his mother. He was raised by the state, and he was put through an education unlike any other in history.

10 Half Of All Spartan Babies Were Left To Die 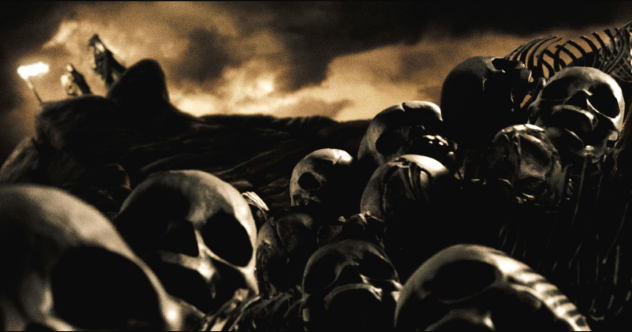 In Sparta, weak children weren’t given a chance. If they were born weak, ill, or deformed, they were left to die—and that happened a lot.

When a baby was born, the father would carry the newborn to the town’s elders. The elders would examine the child, looking for weaknesses and deformities. If any were found, the father was ordered to leave the child defenseless and alone in a pit called the Apothetae, where it would starve to death.

Even if a child passed inspection, though, there was no guarantee it would live. When the father returned home, the mother would wash the baby in wine as an early epilepsy test. If the child was epileptic, the wine would make it break into a fit . . . and tell the mother that it wasn’t worth raising.

If a baby could survive all this, it was promised a free plot of land, but the odds were pretty low. It’s estimated that about half of all babies born in Sparta died from either neglect or murder. 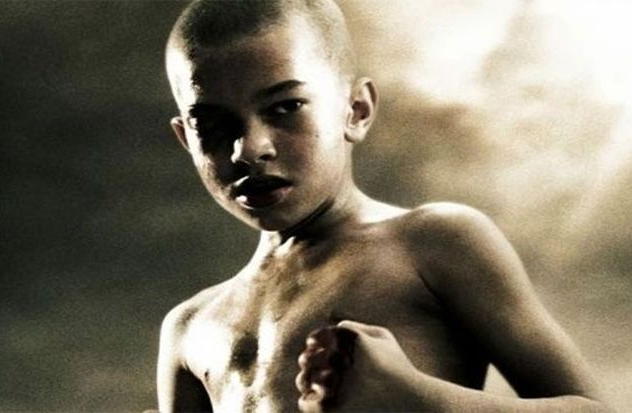 Mothers didn’t get to take care of their children for long. As soon as a boy turned seven, he was considered ready for education, known as the agoge, and he left his parents for the care of a teacher called a “warden.”

Life in the agoge wasn’t easy. The children would be actively encouraged to haze and provoke each other and even to challenge each other to fights. This wasn’t a school where teacher maintained the peace; if two kids were bickering, the warden would goad them into resolving it with their fists.

The warden also carried a whip at all times, and if a boy misbehaved, he would use it to beat him. The beating would be hard, but that wouldn’t be the end of it. If the child’s father found out he was beaten, then he was obliged to beat his child a second time. Anything less was considered spoiling the child.

8 They Had To Steal Food To Eat 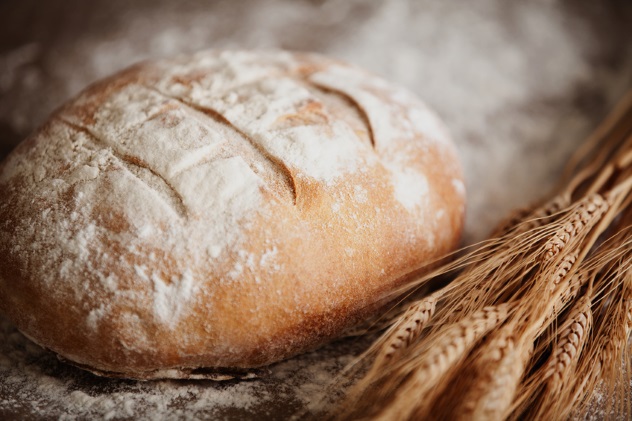 During the agoge, boys only received the barest necessities. Shoes were considered a luxury, so the boys trained barefoot. Clothing made one weak against the elements, so the boys wore a single, thin cloak. And food made people fat, so the boys were only given the bare minimum they needed to survive.

That didn’t mean that they couldn’t get more. The trainees were encouraged to steal food if they were hungry. The catch was that they weren’t allowed to get caught. If a boy was spotted stealing food, he would be beaten and deprived of rations, but if he was stealthy enough to get away with it, the wardens figured he had earned a second course.

7 Starved Trainees Were Ordered To Fight Over Cheese 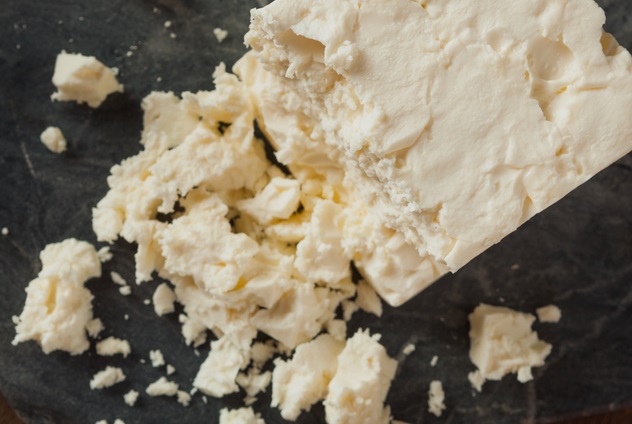 The Spartans had weird ways to pass the time. They held an annual festival in which cheese would be placed upon an altar to the god Artemis. Starving trainees would then be set loose, fighting each other in a desperate battle to grab as much cheese as they possibly could.

While they fought each other, older men would also be beating them with whips—sometimes even to death. It was the duty of the boys to keep strong faces throughout and to grin as they were beaten and clawed at while they fought for cheese.

To the audience, this was hilarious. Great rows of people would gather to watch the show and would laugh while they watched boys brutally maim each other. The one who left with the most cheese would also be honored with the title of “Bomonike.” 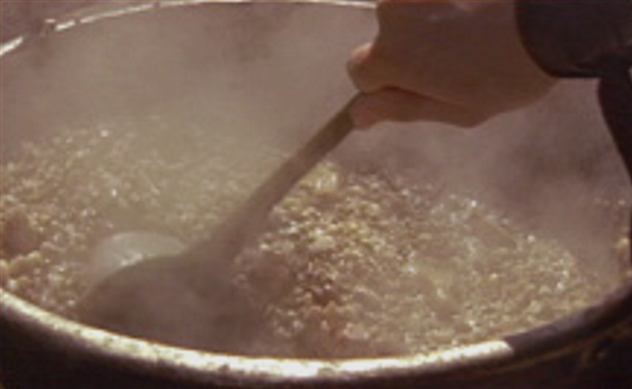 When Spartans did eat, it wasn’t exactly the meal you’d get at a five-star restaurant. A man from Italy who sat down with a Spartan army and joined in one their meals famously said, “Now I know why the Spartans do not fear death.”

He was talking about “black broth,” a dish made by cooking meat in a mixture of blood, salt, and vinegar. Spartans ate together, with everyone sharing the same food under the same tent, and the black broth was considered the highlight of the meal. It was the only meat they served, and everyone only got a small portion.

The only way to get more meat was to hunt. If a hunter took down a deer, he had to share it, but he was allowed to take a little bit of the venison home for a second course. This was the only time a Spartan could eat at home; anything else was strictly forbidden.

5 If Trainees Failed Oral Quizzes, They Were Bitten 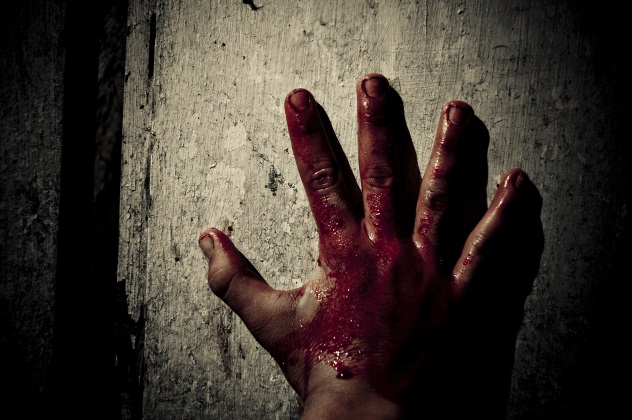 When supper was over, an under-master would sit down with the trainees and ask them questions. These questions were sort of like modern essay prompts: They’d be asked questions like, “Who is the best man in the city?” and would be expected to support their answers with reasons.

Their answer had to be clever, well thought-out, and prompt. If it wasn’t, they were punished—in an extremely weird way. According to Plutarch, anyone who gave a weak answer was bit on the thumb.

Life wasn’t much better for the under-master. When the question session was over, the under-master was taken out back and reviewed. If his masters felt he’d been too strict or too kind, he was beaten.

4 All Other Forms Of Education Were Banned 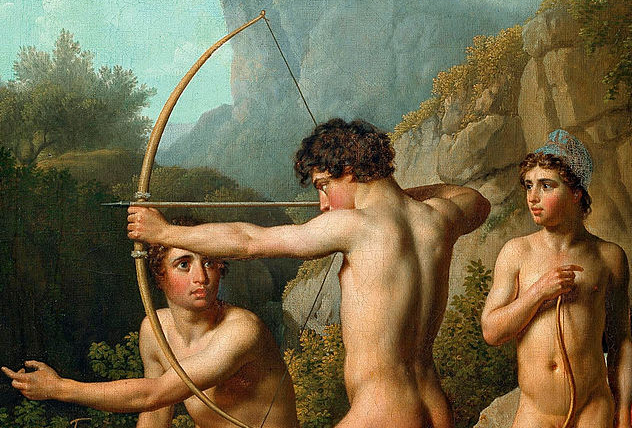 Spartans were taught to fight, to be tough, and—only as a necessity—to read. Everything else was strictly forbidden from the education system. Extracurricular education was considered a dangerous luxury. Spartan students weren’t allowed to spend their spare moments learning how to add and subtract or contemplating life’s philosophical mysteries.

Soldiers had to obey any order without delay, so traditional education was viewed as something that would make them weaker. If a Spartan soldier was considering a career as a lawyer or the complexities of free will, he wasn’t focusing on fighting and listening to his commander—so he was kept from learning anything else.

3 Boys Were Publically Whipped For An Annual Festival 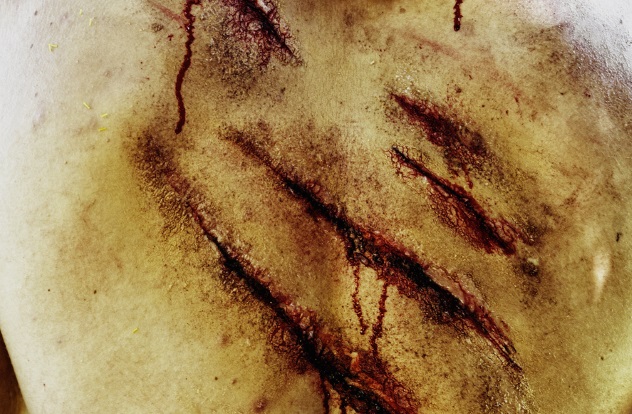 The Spartans had a annual festival they called the “Diamastigosis,” and it was brutal. In this one, the boys were taken in front of a crowd and beaten with a whip until they couldn’t stand it anymore.

It sounds like torture, but for the Spartans, it was a great honor. They would eagerly volunteer to be whipped in front of a crowd, wanting to prove to their city that they could withstand the abuse for longer than any other person.

This was such a novelty to other cultures that, when the Romans found out about it, they started vacationing in Sparta just so they could watch it. By AD 300, the Spartans had even set up a theater and sold tickets, buying into a little commercialism to profit from the Roman Empire.

2 They Murdered Slaves For Sport 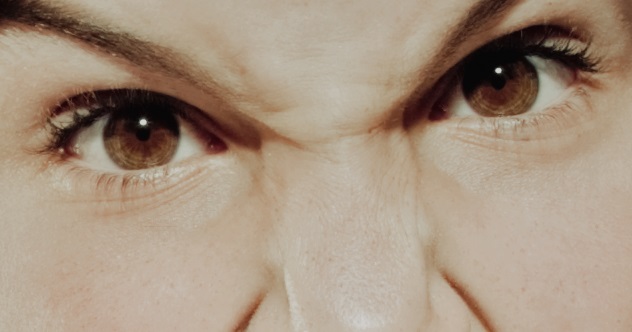 The Spartans kept Palestinian slaves whom they called “Helots,” and they were absolutely terrible to them. Among the many atrocities committed against them was a ritual called “Crypteia,” meant to strike terror in the slaves and to get boys ready for battle.

Spartan boys would be given daggers and small rations of food and then sent out on a mission to ambush and murder as many helpless slaves as they could. They would hide until night and then jump out and attack Helots walking on highways and working in the fields.

The slaves would be brutally murdered, giving the boys a little practice on the field and reminding the Helots where their place in society really was.

1 Spartans Only Got Tombstones If They Died In Combat 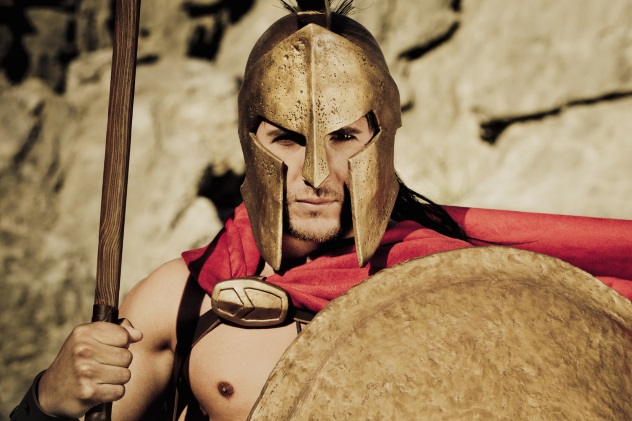 If a Spartan died of old age, he wasn’t given any honors. He’d be buried in an unmarked grave, essentially being shamed for living out a full life.

They only way to get a tombstone was to die in combat. If a Spartan died in battle, he’d be buried where his body laid, and, as a special honor, he’d be given a tombstone with his name and the words “in war” written below it.

Women, who didn’t fight in the wars, could still get tombstones, but only under one circumstance: If a mother died in childbirth, she was given a warrior’s honors. To the Spartans, she had died fighting a battle of her own—and creating more boys to become the soldiers of Sparta. 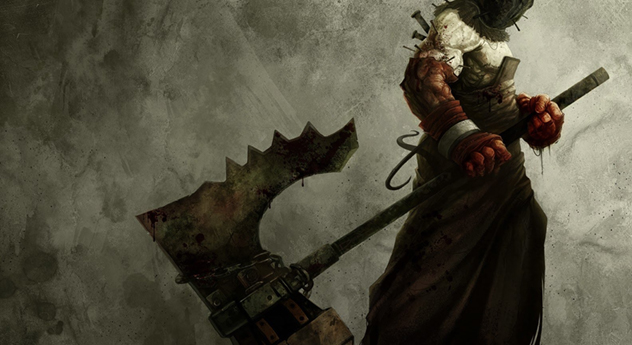 Let’s face it—you can never read too much about the Ancient world. So here are a few more lists from the archives to satisfy your cravings: