The universe has a morbid sense of humor. We’ve known this ever since apes were allowed to have consciousness. However, the universe sometimes feels the need to remind us of this fact.

At times, it does this by giving absolute power to the least deserving or by sending off a human being in a manner that sounds like something approved by ACME Corporation. So, let’s take a look at some people who have lived and died in a way that only Wile E. Coyote could. 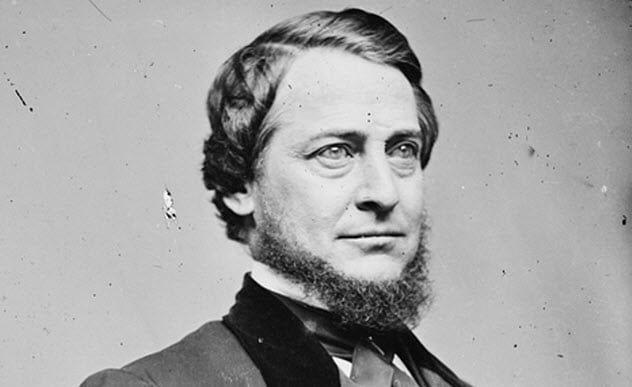 On June 17, 1871, Representative Clement Vallandigham of Ohio died in the name of justice—accidentally. Retiring to his law practice after a life of treason, Vallandigham was attempting to prove a client innocent of murder by arguing that the victim shot himself.

Prior to the trial, Vallandigham headed to open land to determine the level of residue left by a point-blank shot and then left the field with three live rounds in his pistol. Arriving back at his hotel, he was handed a parcel with the unloaded gun used by the victim. He laid that gun beside his own pistol. Leaving his suite, he pocketed the deadlier of the two choices of weaponry.

Confident in his case, he entertained a hotel visitor with a live demonstration of his argument. It’s fair to say that it was very convincing. While Vallandigham wasn’t present for the occasion, his client was ultimately cleared. And though the novelty had worn off, another man met his death in the same fashion while trying to demonstrate how Vallandigham killed himself.[1] 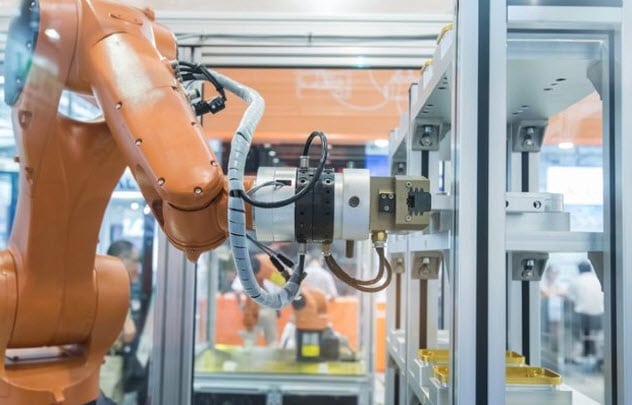 In 1981, Kenji Urada jumped over a fence labeled “Off Limits” to check on a malfunctioning machine at a Kawasaki Heavy Industries plant. In doing so, he accidentally hit the “on” switch, prompting a robot arm to crush him against a machine for processing automobile gears.[2]

His coworkers didn’t know how to stop the machine, hence Urada became the second man in human history to be killed by a robot. Thankfully, the company introduced safety measures after his death to isolate industrial robots within their plants. 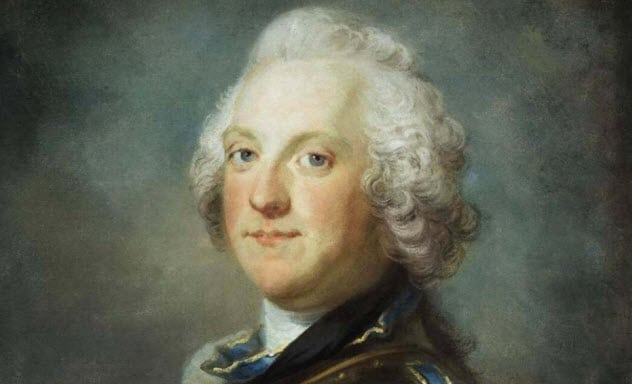 By all accounts, the 18th century’s King Adolf Frederick of Sweden was a sweet and gentle man who cared for his servants and made snuffboxes as a hobby. Evidently, such a personality wasn’t fit for the rabid power grab that characterized the monarchy. Both his wife and his court exploited his disposition for their own gain throughout his rule.

Frederick reached the ripe age of 60 with a voracious appetite for food, perhaps to stuff down his feelings after a lifetime of being undermined. After eating a sizable helping of lobster, caviar, sauerkraut, kippers, and champagne and then finishing it off with 14 servings of his favorite dessert, Frederick died of severe digestive troubles.[3]

7 Tripped By A Beard 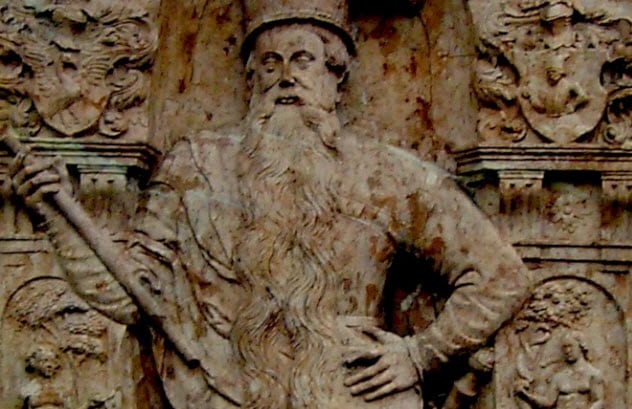 Hans Steininger, a 16th-century town mayor, is best known in Braunau am Inn for his 1.4-meter-long (4.5 ft) beard. In his life, he was very popular with the townsfolk and served multiple terms, but his untimely end serves as the most memorable aspect of his legacy.

In 1567, a large fire sent the town into panic. Steininger, who usually rolled up his beard in a pouch that he carried with him, unfortunately had his beard hanging free amid the chaos. At some point during the ruckus, his foot caught on his beard and he tumbled down a flight of stairs, ultimately breaking his neck.

Today, the town features a full-body illustration of the man carved in rock that is displayed on the side of St. Stephan’s Church. His beard is engraved in its entire length as it is a celebrity in the town’s cultural memory.[4]

6 Scarf Caught In The Wheel Of A Car 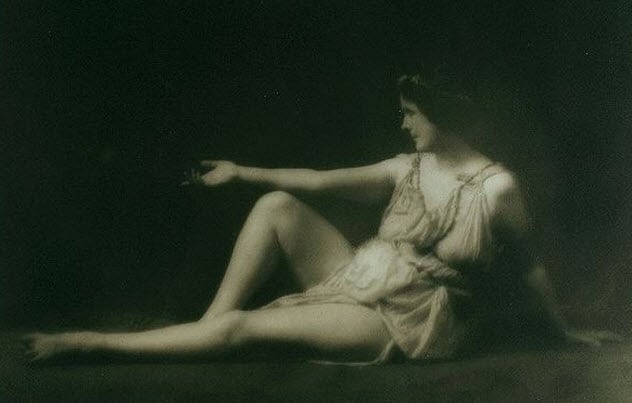 Isadora Duncan, considered the mother of modern dance, had received a beautiful scarf from a friend. It was crimson red and twice her size. Flaunting it in front of a crowd of French admirers in Nice, she was set for a drive in her convertible on September 14, 1927. Little did she know that her scarf was tangled in the rear right tire and the start of her drive would dislocate her spine, resulting in her immediate death.

Strangely enough, automobile accidents followed Duncan throughout her life. In 1913, her two children were drowned in a runaway automobile that plunged into a river. Later that year, Duncan was injured in an automobile accident. Then, in 1924, she was knocked unconscious in a car collision.[5] 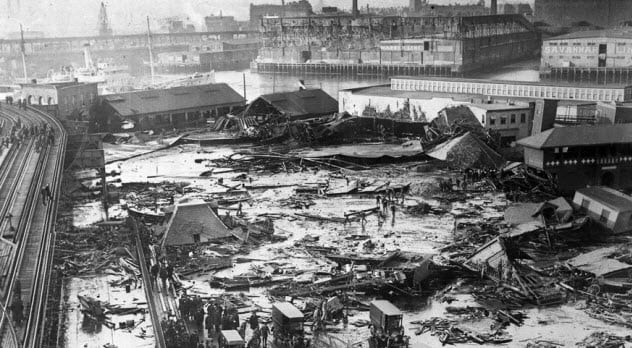 By 1919, the families of Commercial Street in Boston’s North End were used to the groaning and rumbling of a 15-meter-tall (50 ft) holding tank that had been built in the area four years earlier. The tank held molasses for United States Industrial Alcohol, which used the contents to produce alcohol for liquor and munitions manufacturing. The tank often leaked onto the street, owing to structural instability that followed from a rushed and hazardous construction process.

On January 15, 1919, a calm afternoon on Commercial Street was interrupted by an awful grating. Before anybody understood what was happening, 8.7 million liters (2.3 million gal) of molasses poured onto the street, resulting in a 5-meter (15 ft) tidal wave traveling at 56 kilometers per hour (35 mph).

The wave destroyed every person, horse, building, and electrical pole in its path. The Engine 31 firehouse was obliterated as the sludge caused the second story to collapse onto the first.

The train resting on Atlantic Avenue was nearly lifted off its tracks. A resident down the street woke up covered in molasses, only to find two of his family members killed in the wave. A 0.8-kilometer (0.5 mi) stretch of the street was left in shambles as the flood died down.[6]

The death toll of the incident amounted to 21 bodies, with 150 injured. United States Industrial Alcohol was faced with 119 lawsuits in the aftermath. The company shifted the blame to apparent terrorist activities in the area. 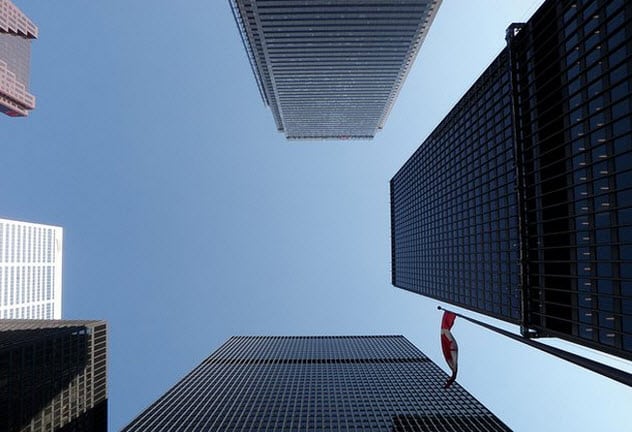 Working at Toronto’s TD Centre, Garry Hoy had a habit of bodychecking windows to demonstrate their tensile strength in front of impressionable youths. Hoy, a partner at Holden Day Wilson LLP, worked on the 24th floor of the building. He was clearly impressed by the skyscraper’s workmanship. However, his habit of slamming into windows as a testament to the structure was never approved by any known building code in the world.[7]

On July 9, 1993, he was entertaining a group of articling students with his old tricks on the 24th floor. While the window in question held through one run of Hoy battering against it, the glass popped out of the frame on the second run, sending Hoy into free fall. He died of his injuries soon after.

3 Hit To The Groin 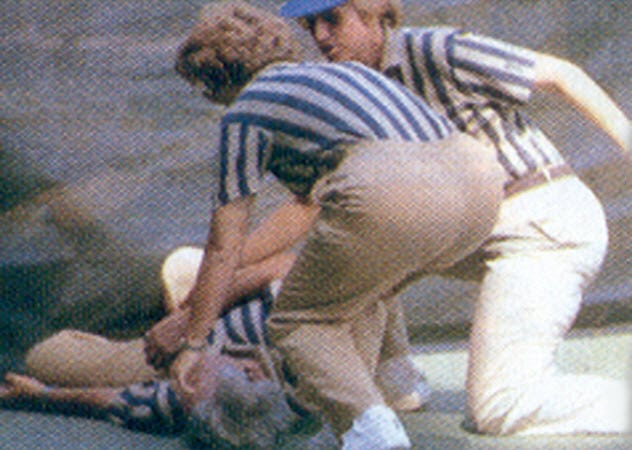 In 1984, the United States Tennis Association was sued for $2.25 million by the family of Richard Wertheim, a tennis umpire. The lawsuit followed Wertheim’s death at a junior final. It claimed that the association had been negligent in providing adequate safety precautions for umpires.

In the previous year, Wertheim had met his demise after a ball to the groin caused him to topple over in his chair and strike his head on the ground. Unconscious, he was carried from the court and soon died of his injuries.[8] 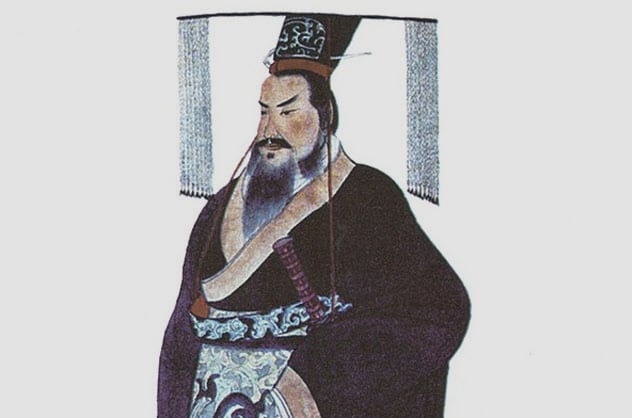 The Terracotta Warriors of Xi’an are arguably the most famous legacy of Qin Shihuang. As the first emperor of the Qin dynasty and China itself, he united the seven warring regions of China into one unified state.

Under his rule, the nation’s currency, weights, and measures were standardized. He oversaw the development of transportation channels and linked individual fortresses to create the Great Wall of China. However, all the while he was accomplishing these feats, he was obsessed with finding an elixir that would grant him eternal life.[9]

The emperor had issued an executive order demanding that his subjects aid his quest of finding an immortality elixir. While the regional governments replied to the demand with hesitant news of their failure, Qin Shihuang did come upon what he believed to be immortality pills in Eastern China. The mercury pills took his life instead. 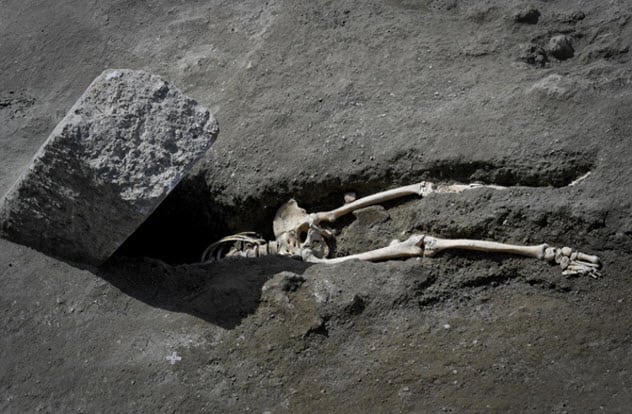 An adult man over age 30 appeared to have survived the first stages of the volcanic eruption that decimated Pompeii, only to have been struck by a boulder (carried by the pyroclastic cloud) that crushed his chest and head. Signs of infection in his lower leg indicated that the man had escaped the initial eruption with a leg injury. Hence, his dramatic getaway would have likely been very painful and felt like an improbable stroke of luck.

His remains were found with the top half at a lower elevation than the rest of his skeleton, presumably because the boulder had pushed it deep within the rubble and made the whole thing a comical sight. Worst of all, centuries after his death, he was featured in a list of history’s most cartoonish deaths.

We have since learned that the man’s skull was excavated intact and undamaged. It had not been crushed by an errant boulder, which probably came from a doorjamb. In fact, the poor guy is now believed to have died of asphyxiation from volcanic ash and dust. Not the boulder.[10]

But if you’re unlucky enough to have your remains found under a boulder in a Wile E. Coyote–type pose—and someone publishes a picture of it—you’re going to earn the No. 1 spot on this list.

Micah is an unemployed graduate trying to trap.