Predatory dinosaurs like Tyrannosaurus and Velociraptor tend to hog the spotlight of prehistoric monsters, but many other sharp-toothed hunters roamed the Earth before, after, and during their reign, from close reptilian cousins of the true birds and dinosaurs to even enormous amphibians. 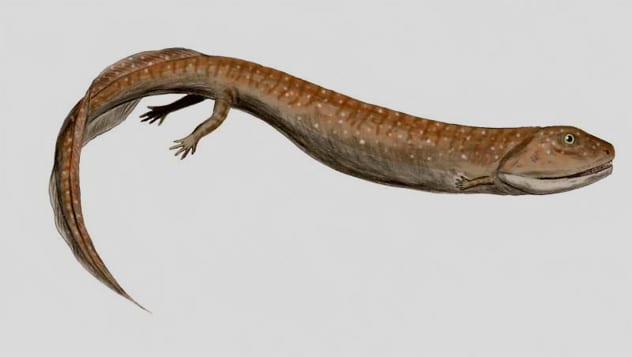 One of the smallest animals on this list is formidable nonetheless, hailing from the early carboniferous period over 300,000,000 years ago. Reaching around 2 meters (6 ft) in length, this animal almost resembled a cross between a salamander and a moray eel, with a long, sinuous body, four stunted legs, and a huge head with many long, sharp teeth.

Due to large, protruding eyes, Crassigyrinus is believed to have been nocturnal or inhabited dark, murky water. Like a crocodile, its bone structure suggests a great deal of muscular strength geared towards sheer biting power, its large jaws capable of opening 60 degrees before snapping down on prey. 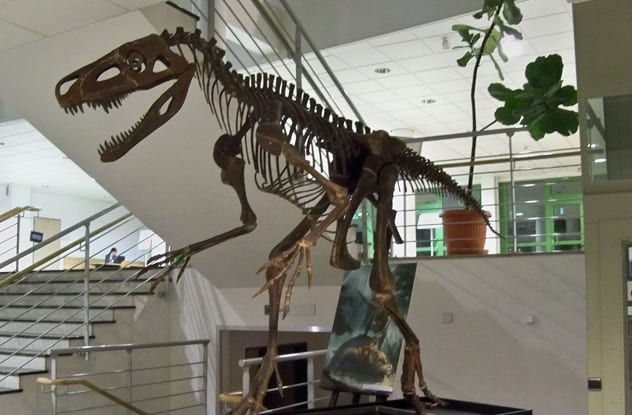 Polish for “dragon,” Smok was a genus of scaly, bipedal predators living alongside dinosaurs during the Triassic period, the largest of which was Smok wawelski, at up to 6 meters (20 ft) in length. Though its skeleton looks strikingly like more famous predatory dinosaurs, this creature is considered an Archosaur, which effectively makes Smok a two-legged alligator adapted more for running speed than for swimming. 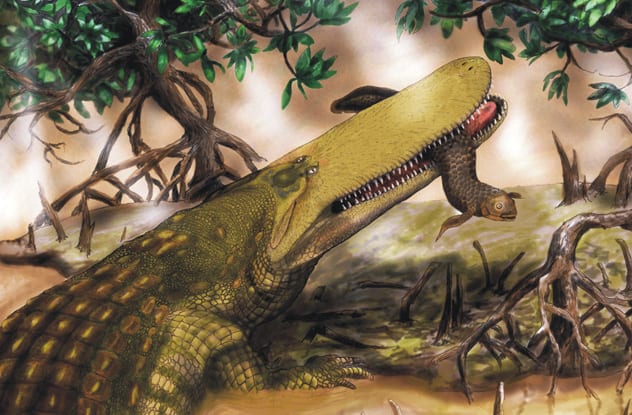 Nicknamed “shiedcroc” by its discoverer, this crocodilian of the late Cretaceous had a highly unusual, extremely broad, and flattened set of jaws almost like the bill of a platypus, with a pair of tiny, close-set and likely weak eyes. It’s possible this animal depended largely on an ambush strategy, simply waiting with its jaws open like a massive bear-trap until prey blundered between its teeth. 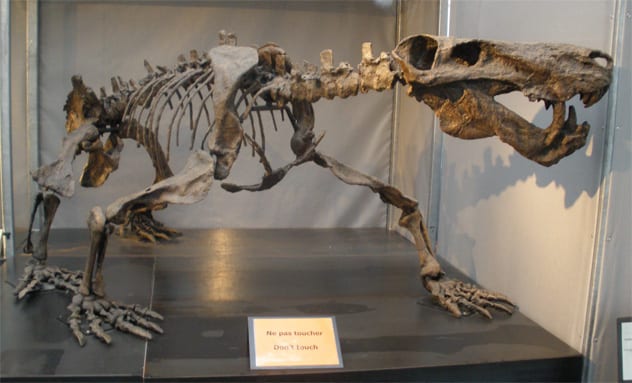 Living from 260–250 million years ago, Inostrancevia was a genus of the Gorgonopsids, fanged reptile-like animals related to the earliest stem mammals and thought to possess both scales and short, bristly hairs. The largest were over 3 meters (10 ft) in length with protruding canine teeth 15 centimeters (6 in) in length.

Believed to have been thickly muscled and extremely heavy in life, these creatures would have been able to maul prey much larger than themselves and easily bite through the thickly armored hides of scaly herbivores. 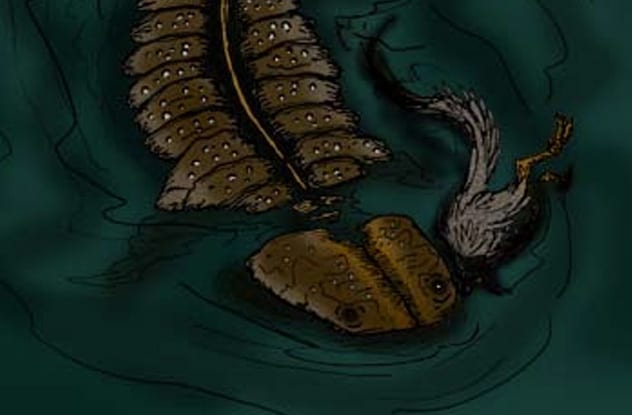 Imagine a fat, slimy salamander more than 5 meters (15 ft) in length, with a mouth large enough for the average adult to fit completely inside . . . and if it behaved anything like modern, tiny newts and salamanders, it would have attempted to eat absolutely any smaller creature passing in front of it. This would have included many of the small dinosaurs sharing Australia during the early Cretaceous, making Koolasuchus the fossil record’s most recent of the giant amphibians. 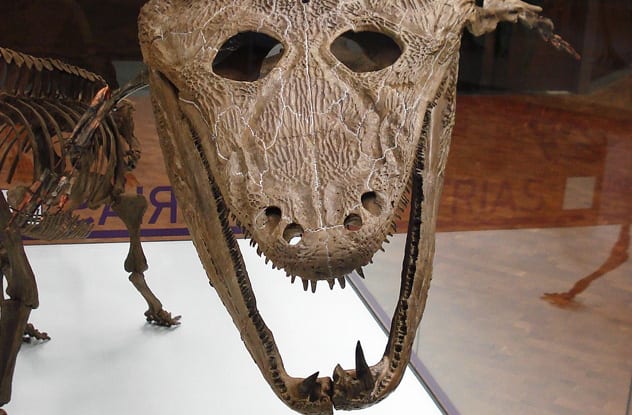 Another salamander-like amphibian, the mid-Triassic Mastodonsaurus would have looked more like a smooth and scaleless alligator, its elongated skull sporting many short, sharp teeth and a single pair of knife-sized tusks on its lower jaw. Its tiny limbs are thought to have been useless on land, as many fossil specimens appear to have died when their swampy habitats dried up.

In more ideal conditions, Mastodonsaurus would have floated in the water, preying upon fish, smaller amphibians, and any small enough animal straying into or close enough to the water. At six meters (20 ft) in length with 1-meter (4 ft) jaws, only the much larger dinosaurs of its time would have been too big for this animal’s appetite.

As large and formidable as Mastodonsaurus was, it seems to have frequently fallen prey to its fellow Triassic swamp beast, Batrachotomus, its name essentially meaning “frog cutter.” Another twenty-foot Archosaur, this animal was much more crocodile-like than the related Smok but held itself up on four powerfully muscled legs and would have been capable of high-speed running. 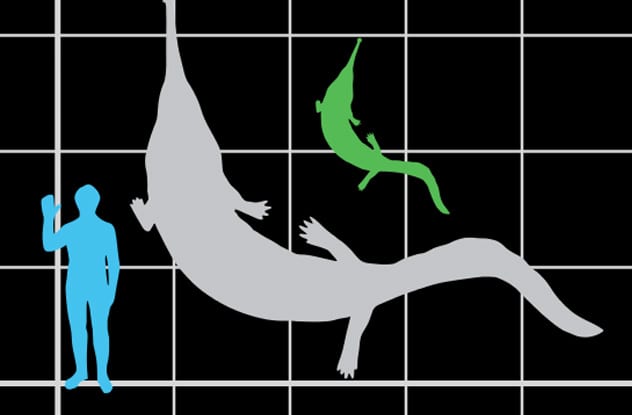 The last of the Temnospondyli or giant salamanders on our list is also the largest, with one fragmented fossil suggesting a creature at least 10 meters (30 ft) from head to tail.

It lived during the Permian period—about 270 million years ago—and its skull is shaped remarkably like an unrelated, modern Archosaur, the gharial, suggesting the two shared a similar lifestyle. This would have made Prionosuchus a fish-eater, with a fast but relatively weak bite ideal for lying hidden in ambush on a muddy riverbed and ensnaring small, quick aquatic prey. 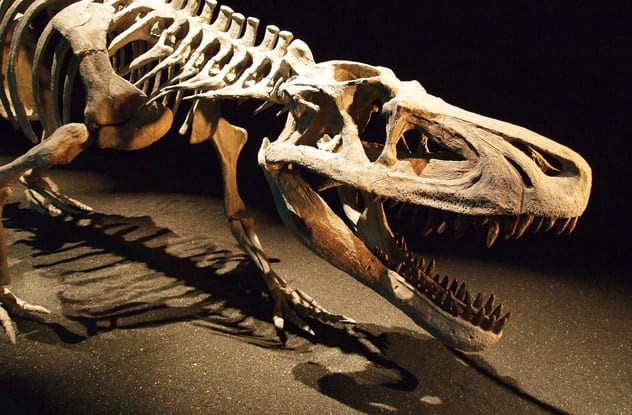 With a name meaning “lizard crocodile,” Saurosuchus was a thick-scaled, four-legged, saw-toothed Triassic hunter thought to reach a fearsome 10 meters (30 ft) in length, significantly larger than even Smok. Despite its name, it isn’t grouped directly with the crocodilians but has been more difficult to classify and is currently considered a member of the clade Loricata, which may have been ancestral to the Archosaurs and a number of other groups.

Its leg structure suggests a relatively sluggish lifestyle, and it was probably only capable of short, quick bursts of speed. As one of the largest predators in Triassic North America, however, there would have been very few animals Saurosuchus wasn’t willing to attack when the opportunity arose. 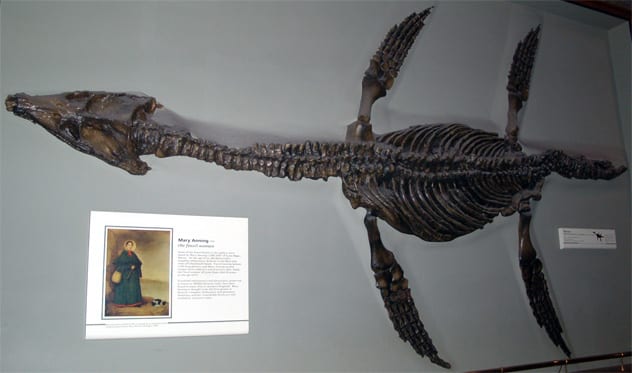 Inhabiting Jurassic oceans up to 183 million years ago, Rhomaleosaurus—“strong lizard”—was a species of plesiosaur, creatures most of us know for their long, snakelike necks. Shorter, stockier Rhomaleosaurus was built more for raw power than for the quick strikes of its slender cousins, which may have even been common prey to the animal.

While other plesiosaurs hunted smaller fish, Rhomaleosaurus would have hunted creatures closer to its own size or chomped down on hard-shelled ammonites. 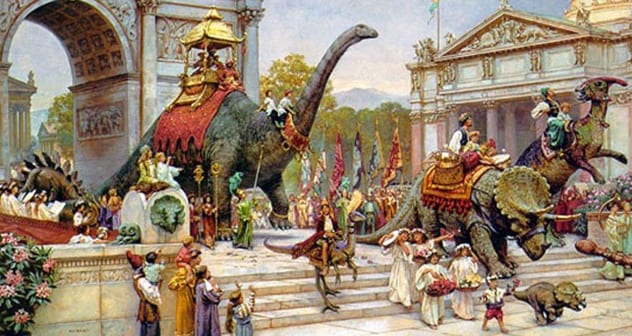 Over the years we have covered the topic of dinosaurs many times. Here are but a few of the great archived lists on the subject: