Mysterious populations challenge our notions of the world. Some remain shrouded in the shadows of time; others are enigmatic because of their isolation or unique origin stories. The more we learn, the more complex the story of man becomes. 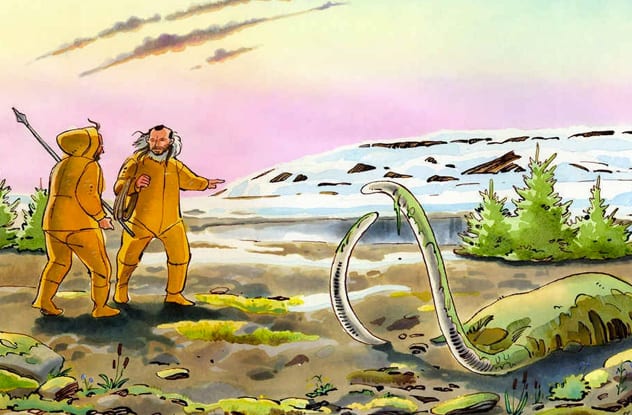 The Americas were the final frontier for human expansion. Most believe they were populated 15,000 years ago in one wave via the Bering land bridge. However, recent findings suggest a different story. Geneticists recently discovered DNA that closely resembles that of modern-day Australian Aboriginals and indigenous Papua New Guineans in the most unlikely of places: Amazonia. Experts have named this new founding group “Population Y.”

These colonizers did not arrive via boat. They came in a separate wave across the Bering Strait. Their unique genetic signatures were similar but not identical to modern Austronesians—suggesting Population Y intermingled with an ancient Asian lineage before crossing.

In 2003, Brazilian scientists were shocked to discover Polynesian DNA in the bones of the extinct Botocudo tribe. However, the Botocudo anomalies are different from the recently discovered ones. The populating of the Americas was far more interesting and diverse than previously imagined. 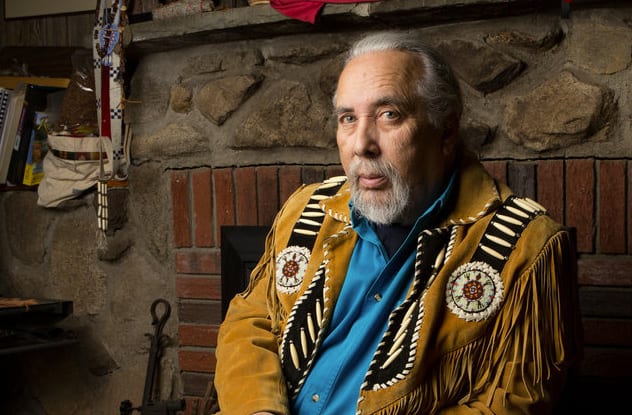 30 miles outside New York City, in New Jersey’s Appalachians, exists a mysterious population known as the Ramapough Mountain People. Some describe them as inbred gypsies. Others insist they are albinos sired by a circus sideshow performer. As late as 2015, people still claimed the “Jackson Whites” were an inbred lot of renegade Indians, escaped slaves, Hessian mercenaries, and West Indian prostitutes. The reality is they are the Ramapough Lenape Indians.

Many Ramapough Lenape share surnames like De Groot, De Freiss, Van der Donk, and Mann. Composed of Afro-Dutch runaway slaves and the Lenape Indians, some took their names of their masters. Others adopted the names of prominent New Yorkers to hide their ancestry. They face discrimination from all sides because they do not meet Native American stereotypes. In 1993, Donald Trump claimed “they don’t look like Indians to me.” The Ramapough Lenape even had trouble being accepted by other natives. 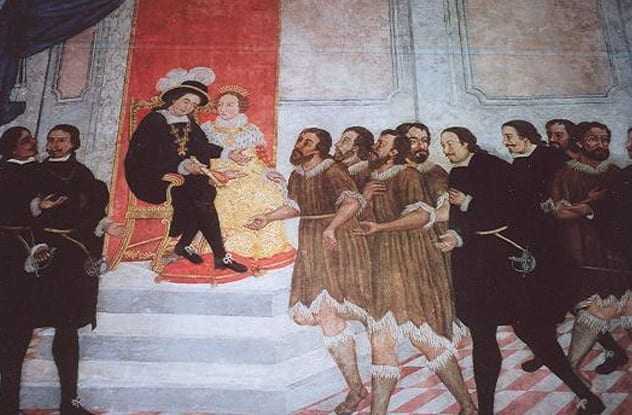 The Guanche are the aboriginal inhabitants of the Canary Islands. They were noted for having light eyes and blonde hair, despite the Island being located 100 kilometers (60 mi) off the coast of Morocco. Most suspected they were descended from Berbers, the native inhabitants of Morocco. Many scientists believed they represent the best example of Cro-Magnon man—preserved for millennia in their island isolation.

The most common maternal DNA line was U6b—a group unknown on the African mainland. However, it is most structurally similar to the common Berber group U6. The Spanish colonized the islands in the 15th century. The predominance of Iberian paternal DNA suggests the men of the Guanche were drastically depleted—most likely in warfare. 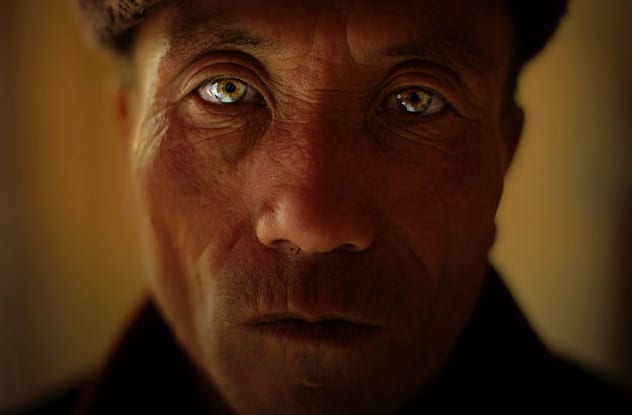 Liqian is located in northwest China on the edge of the Gobi Desert. Wild speculation surrounds the origin of its inhabitants,who are known for their fair hair, light eyes, and long noses. Many claim the citizen of Liqian are the Lost Legion of Rome.

In 53 BC, the Romans faced a devastating defeat against the Parthians. Legend has it the soldiers fled east and later served as mercenaries fighting against the Han Chinese. A recent genetic study of Liqian has revealed that many of the inhabitants have up to 60 percent Caucasian ancestry. However, without the discoveries of artifacts, the Roman theory remains a myth.

This has not stopped the Chinese government from turning Liqian into a Roman-themed amusement park. So far, they have invested $160 million into the project to attract tourists. Visitors are greeted with Roman architecture and battle reenactments. There are even plans in the works to build a replica of the Coliseum. 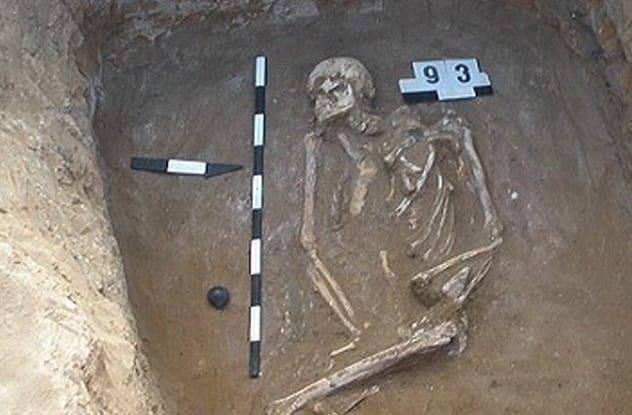 The Yamnaya are a mysterious people with a vast influence. Sometime around 5,000 years ago, these nomads swept out of their homeland on the Pontic-Caspian steppe to spread their technology and genes. The Yamnaya were believed to be some of the first people to tame horses. They moved with wheeled wagons and worked ore into bronze.

Norway owes half of their genetic makeup to this group. However, they also traveled east—reaching as far as the Altai Mountains. The Yamnaya might be responsible for things we now consider European, such as the ability to drink milk. Prior to the Bronze Age, 90 percent of Europeans were lactose intolerant. Yamnaya have the highest incidence of the mutation that allows milk digestion. 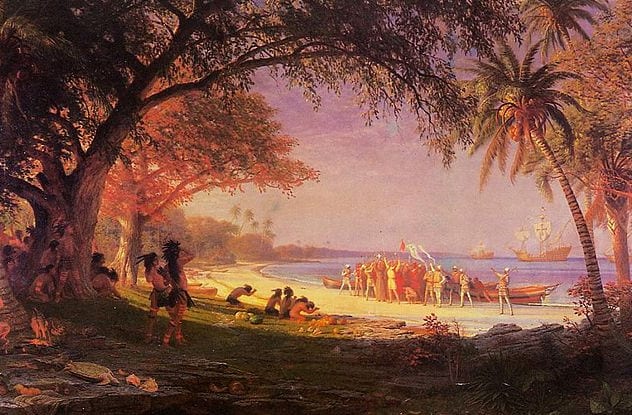 The Duhare was an enigmatic group the Spanish encountered when exploring the coast around modern-day Georgia. First referenced in De Orbe Nove in 1530, they were taller than the Spanish, with reddish hair, light eyes, and full beards. They even raised dairy deer for making cheese—a practice unknown to indigenous Americans. A radical theory suggests they were descended from pre-Columbian Irish pioneers.

Once people re-explored the connection to Ireland, startling threads emerged. Unlike neighboring Indian tongues, the Duhare language had been almost entirely indecipherable—that is, until they compared it to Irish. In Irish, Datha means “painted one.” Many reject the Irish-origin theory, however, claiming it is a disservice to Native Americans and the anthropology field. 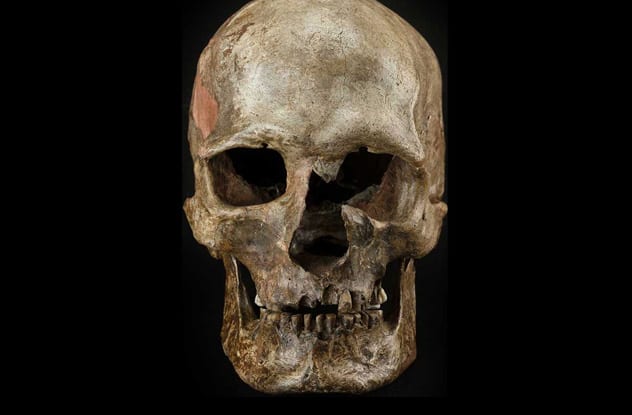 Most believed Europe was populated in three waves: hunter-gathers, farmers from the Middle East, and pastoralists from the steppe. Recent genetic tests reveal a fourth wave. Around 14,500 BC, an invading population of hunter-gatherers replaced the earlier one. This occurred during at the end of the last ice age, during a rapid warming period. Megafauna like wooly mammoths and sabretooth tigers became extinct. The people who replaced the earlier population came from warmer refuges to the south in Spain and the Balkans.

The breakthrough came as the result of analyzing ancient European remains dated between 35,000 and 7,000 years ago. In European genomes, the maternal DNA group M is entirely absent, despite its prevalence across Asia and the Americas. Scientists discovered group M was present in Europeans prior to last glacial maximum. Previously, the lack of M in Europe was attributed to multiple waves out of Africa. 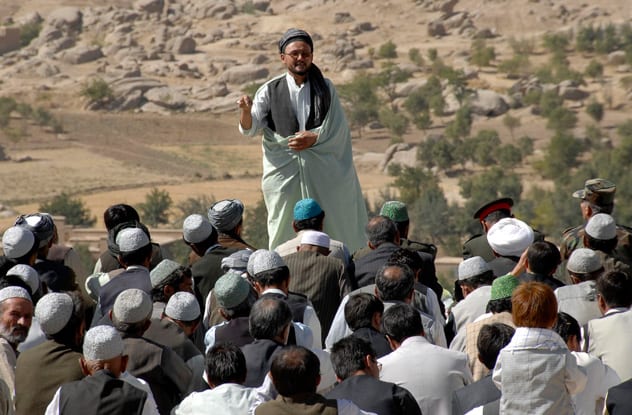 Afghanistan’s third-largest minority, the Hazara have been the object of persecution for centuries. They are Shiite—unlike their Suni neighbors. Many claim their East Asian features were inherited from the Mongol Horde. During the 19th century, half their population was either killed or forced into exile. The threat continues today at the hands of the Taliban, who consider them infidel foreigners.

Analysis has revealed that the Hazara poses Turko-Mongol genetics. This lends credence to the theory that they descended from Genghis Khan. However, they also possess genes from the area’s original inhabitants—in addition to contributions from Tajik and other Silk Road travelers. They now comprise half of Kabul’s population. 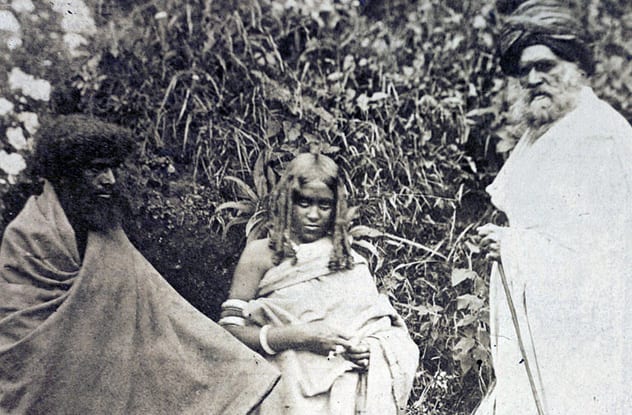 The Niligiri Mountains in southern India are home to the mysterious Toda people. Many have described the fair-complexioned, light-eyed Toda as resembling the faces of ancient Greek statues. They wear cloth wrapped around them like Scottish highlander. Their language is Dravidian. Their prayers remain undeciphered. They also traditionally practice polyandry, in which a woman gets married to all the males of a family.

The British were enamored with the mysterious Toda. Some suggest radical origin theories such as they are a lost tribe of Israel or the descendants of Greek Cypriots. Some in the West are looking to the Toda as a blueprint for sustainability and committed nonviolence. 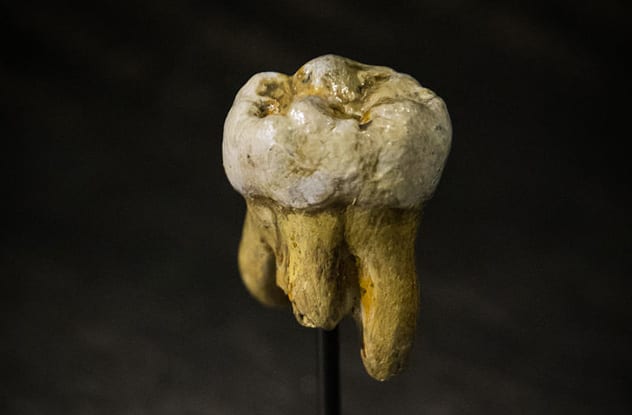 Non-Africans owe 2 percent of their genome to Neanderthals. Certain populations of Oceania, like Australian Aboriginals and Papua New Guineans, received 4 percent of their genetic information from the enigmatic Denisovans. These hominids also bred with the ancestors of East Asians. Initial analysis of these ancient genomes was done with samples riddled with gaps and errors. Updated, high-quality sequences of these ancient species reveal that these groups bred together far more frequently than previously imagined. What’s more, the Denisovan genome reflected the genetic influence of an unknown species of human.

Presented at the Royal Society in London, the results immediately sparked a firestorm of speculation. Some anthropologists suspect Homo heidelbergensis. This hominid emerged from Africa 500,000 years ago and gave rise to the Neanderthals of Europe. Perhaps they lingered on in Asia. We are now looking at a “Lord of the Rings–type world” in which multiple human species coexisted and mated. 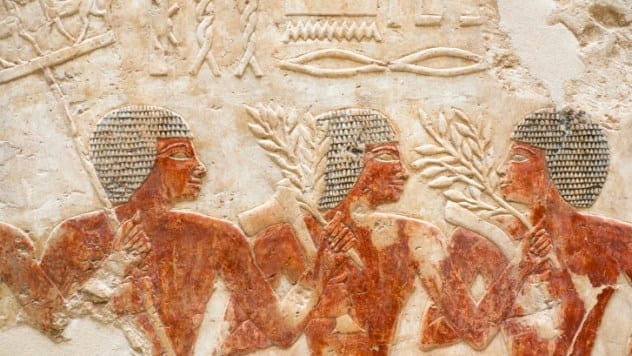 The history of man is filled with intriguing mysteries as we can see from this list. Here are a few more fascinating articles from our archives: