In the history of US politics, no candidate has been as mind-blowingly controversial as Donald Trump. The former businessman is ridiculed by the media as a national joke; a buffoon who constantly puts his foot in it. But at least he’s not as openly corrupt as Hillary Clinton, right?

If only. It turns out that Donald J. Trump has been involved in some pretty shady stuff over the last few decades. Stuff that’s murky at best . . . and downright unpleasant at worst. 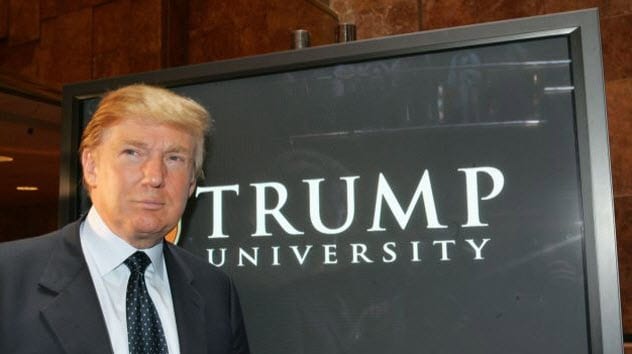 TU has been called a “classic bait-and-switch” scheme. All the classes were geared toward making students sign up for expensive seminars where they would “learn Trump’s personal techniques.”

Once there, the entire seminar involved pressuring them to sign up for a $35,000 “mentorship program.” Those who joined the program reportedly learned nothing beyond generic techniques and never once personally met Trump.

In fact, TU so badly misrepresented itself that the New York attorney general’s office is now taking the candidate to court. 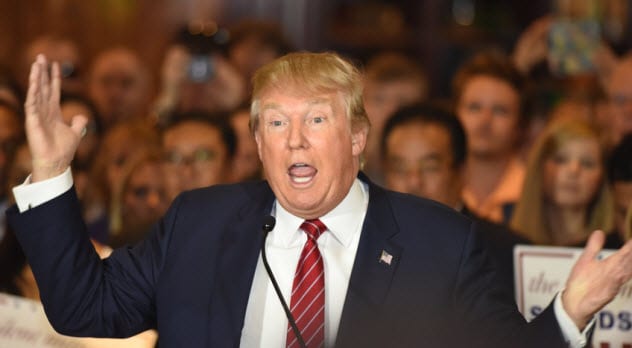 The Donald J. Trump Foundation is an unusual charity. The money it raises doesn’t always go to good causes. Trump has previously used its funds to treat himself to insane gifts.

In one case, Trump used $20,000 of the foundation’s cash to buy a painting of himself that was 2 meters (6 ft) high. There is literally no definition of the word “charity” that includes buying paintings of Donald Trump for Donald Trump.

This would be one thing if the charity used Trump’s own money. It doesn’t. The foundation is funded entirely by other philanthropists. Unusually for a foundation, its founder hasn’t given since 2008. Instead, Trump has used the foundation’s charitable status to get donations from other rich people.

Then he gives these donations away to second charities, making himself look philanthropic. He even won an award for giving $150,000 to a police association . . . despite every cent originally coming from the Evans Foundation. 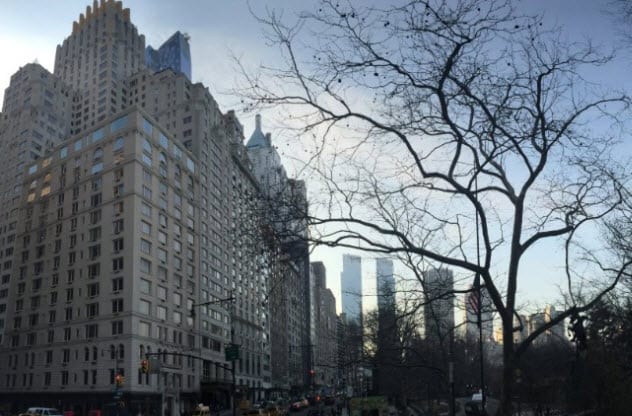 In 1981, Trump purchased a building off Central Park hoping to demolish it and turn it into condos. The residents living there refused to move. Trump responded by acting like the landlord from hell.

For five years, Trump cut off heat and hot water, even during freezing New York winters. He refused to fix leaks. He allowed a rat infestation to take hold. He told the building manager to spy on tenants. He allowed a construction team to start work at 7:00 AM every day directly above an apartment where an old woman lay dying of cancer. When she complained, he did nothing.

Things got really bizarre when Trump decided he would house homeless people in the building. Residents said it was a ploy to drive them out. The whole thing wound up in court, and Trump eventually backed down. He now denies the incidents ever took place. 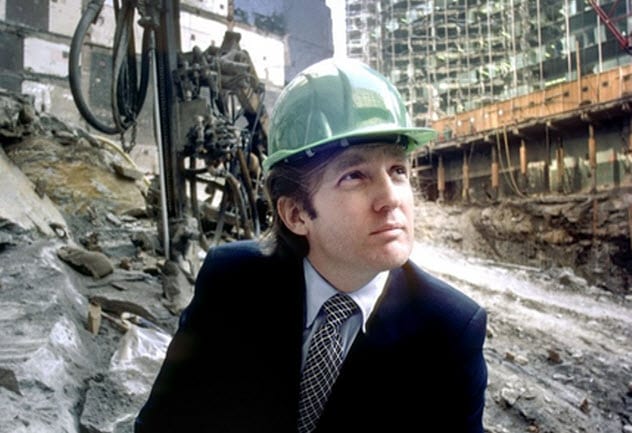 One of Trump’s signature policies is to deport illegal immigrants. Yet, in the 1980s, Trump knowingly employed undocumented Polish workers to help build Trump Tower.

Trump denies this. But several witnesses from the incident—including an FBI informant—have testified under oath that Trump knew he was employing illegal immigrants. They claim that he made them work seven days a week without safety gear in a dangerous environment and repeatedly refused to pay even the measly $5 an hour he was offering.

Trump went to great lengths to make his workers’ lives hell. At one point, he threatened to report them to the Immigration and Naturalization Service and have them deported if they complained. Many were made to sleep at the construction site. Things only improved when the Poles threatened to sue for part ownership of the building.

6 Using Campaign Contributions To Buy His Own Book 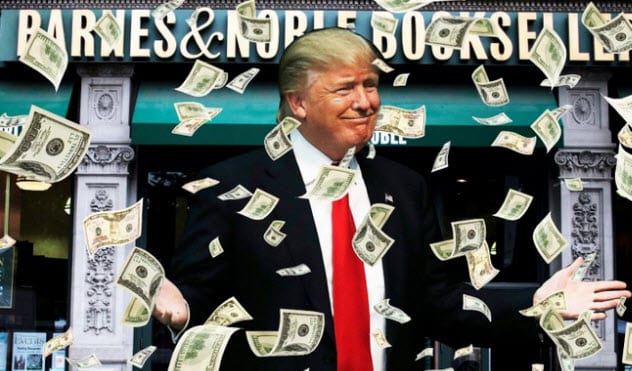 Many ordinary people have contributed to Donald Trump’s campaign. Most of them probably expected their money to go toward defeating Hillary in November. Very few of them likely expected Trump to use their money to buy $55,000 worth of his own book.

To be fair, some high-profile writers have been known to bulk-buy 500 copies of their latest work. But they don’t use presidential campaign funds or buy between 3,000–5,000 copies at retail price.

The retail price bit is important because it suggests that Trump may have been using campaign funds to get himself on The New York Times Best Sellers list. At best, this is deeply narcissistic. At worst, Trump may have been hoping to pocket the royalties.

The Daily Beast claims that he was doing just that—a move which would be deeply illegal. 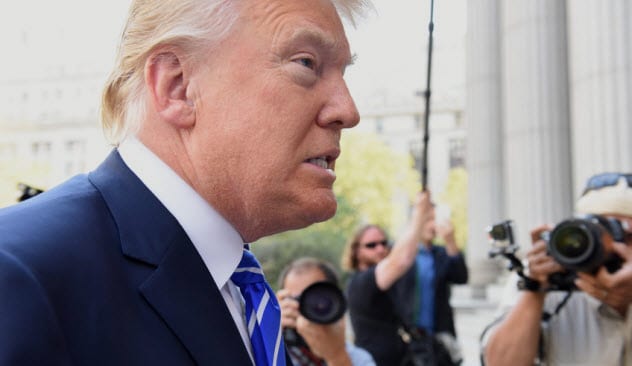 Trump has been accused of lying countless times during his campaign. It’s one thing to hear a random website say it. It’s another to hear an admission coming straight from Trump’s mouth. In a 2007 court case, Trump was asked under oath to verify the truth of multiple past statements. He wound up admitting that 30 of them were lies.

The lies ranged from the size of his wealth to recent business deals he’d made to the number of people on his payroll. Some were exaggerations. Some were distortions. Some were just straight-up lies. All are now on file in court documents.

This is important because Trump’s campaign is built on telling unpalatable truths. In the primaries, he even made a point of calling Ted Cruz “Lyin’ Ted.” 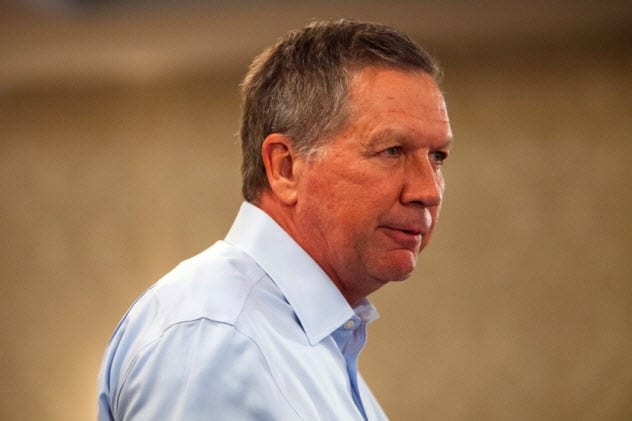 In July 2016, The New York Times ran a quote from a member of John Kasich’s campaign staff with disturbing implications. They claimed that Trump’s long-term political plan is essentially to hand the office of president over to his vice president after the election.

The staffer claimed that Kasich had been offered the role of vice president by Trump. Trump’s campaign asked if Kasich would like to be “the most powerful vice president in history.” He’d take over domestic and foreign policy.

Meanwhile, President Trump’s role would simply be “making America great again.” In other words, Kasich would have been president, with Trump acting as a self-glorifying figurehead.

If true, this is hugely irresponsible. It suggests that Trump wants to win and then just step aside. Aside from being unprecedented, it would also amount to lying to the electorate and using something as serious as a presidential election for nothing more than trivial games. 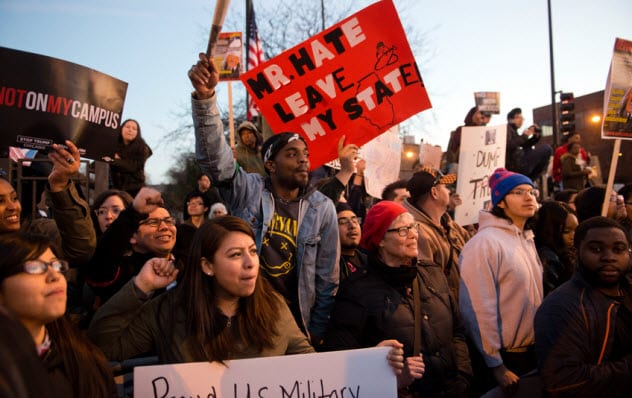 For over 40 years, Trump has been dogged by accusations of racism.

In 1973, Trump and his father were sued by the Department of Justice for refusing to rent to blacks. Although Trump never admitted wrongdoing, he was forced to sign an agreement that he wouldn’t discriminate against blacks in the future.

In the 1980s, two Trump casinos were accused of forcing black people off the floor when high rollers were playing. One casino was found guilty and fined. In 1991, a book claimed that Trump said laziness was a trait in blacks.

The accusations go on. In 1989, Trump took out a full-page ad in NYC, calling for the execution of four black teenagers suspected of raping a white woman in Central Park. All four were later found innocent. 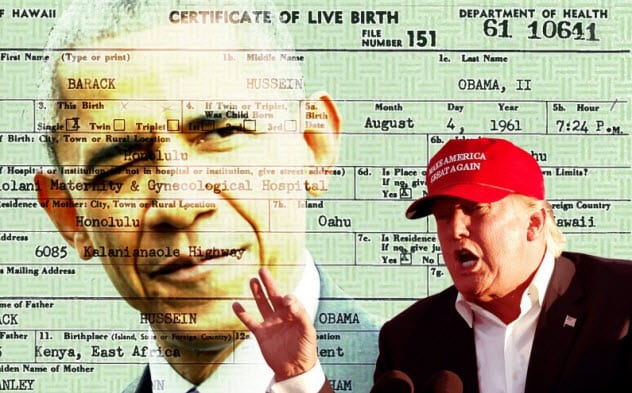 A basic qualification for president is the ability to distinguish between serious, real-world matters and paranoid Internet conspiracy theories. Donald Trump fails to reach this standard. Over the years, he has repeatedly stated his own belief in utter nonsense.

Famously, Trump long believed the “birther” theory that Obama wasn’t born in the US. Trump has also claimed that climate change is a Chinese conspiracy to undercut US manufacturing, vaccines give children autism, Ted Cruz’s father assassinated JFK, and Justice Antonin Scalia was murdered.

Trump also thinks that America’s unemployment rate is 42 percent, but the real figure is hidden to make Obama look good. For the record, it’s around 5 percent.

These are not normal things for a presidential candidate to believe. At best, they show Trump is exceptionally naive. At worst, they show he’s actively unbalanced. 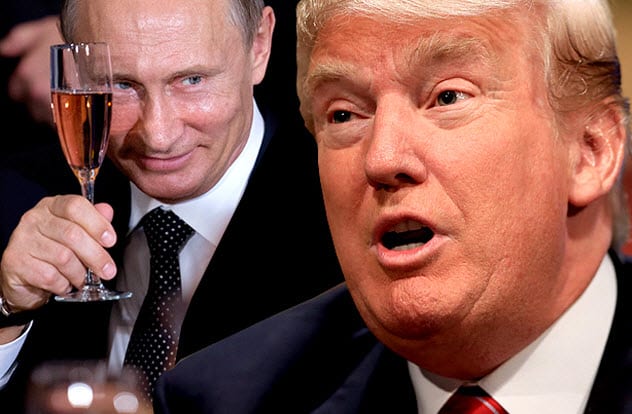 Trump has praised Russian strongman Vladimir Putin as “a strong leader,” insinuated that Obama should be more like him, and called on the Kremlin to hack Hillary’s emails. When Trump was delivering his most pro-Putin sound bites, his campaign manager was Paul Manafort, someone who took enormous sums of money from Russia-backed regimes.

Manafort was later dropped by Trump, but the links don’t stop there. Time documented many murky connections between Trump’s businesses and Russian interests linked to the Kremlin.

+ The Dark Secrets Of Hillary Clinton 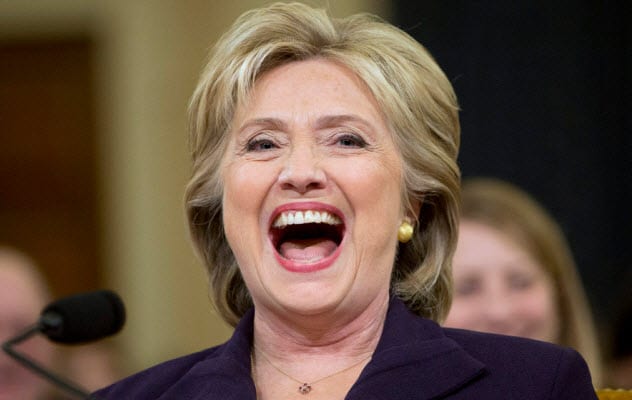 After all that, the only sane response is surely to vote for Hillary, right? Well, think again. Only yesterday, we went hunting for skeletons in the Clinton closet. We found enough skeletons to start our own ossuary. You can get a whiff of some of that corruption yourselves by clicking here. 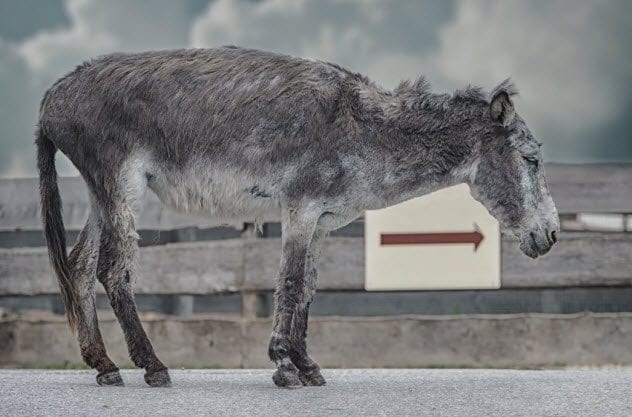 Mr Trump is new to the political spectrum so we don’t have any lists about him in the archives. But . . . we do have a bunch of great political articles!