In 1704, an American girl named Eunice Williams was abducted by Kahnawake Mohawks. When her parents found her, they thought she would be relieved at the chance to go home to her family. Instead, she refused. Life, she explained, was better with her Mohawks captors.

Eunice wasn’t the only one who felt that way. Puritan life was harsh and difficult—and even stricter than you imagined.

10 Christmas And Easter Were Banned 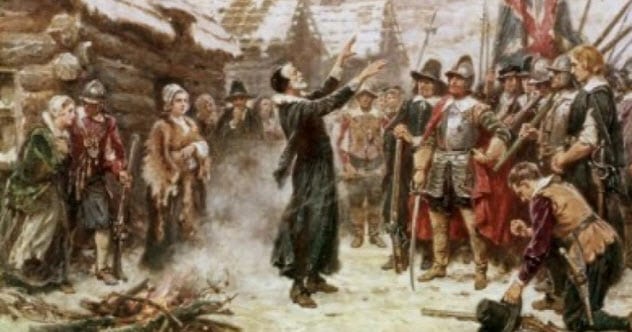 The Puritans who settled in America didn’t believe in celebrating Christmas—or any holiday. Anyone caught celebrating the birth, death, or resurrection of Christ was seen as a blasphemer who risked punishment.

According to the Puritans, celebrating holidays took away from the holiness of Sunday, “The Lord’s Day.” So everyone in a Puritan colony was required to keep showing up for work.

One Puritan diary recounts the tale of a troubling December day when a group of newcomers were caught outside, sinfully celebrating the birth of Jesus Christ. When the governor spotted them, he yelled that, on Christmas, “there should be no gaming or reveling in the streets!”

The revelers fled into their homes. The entry ends by reassuring us that “[since that] time, nothing hath been attempted that way, at least openly.”

9 Adultery Was Punishable By Death 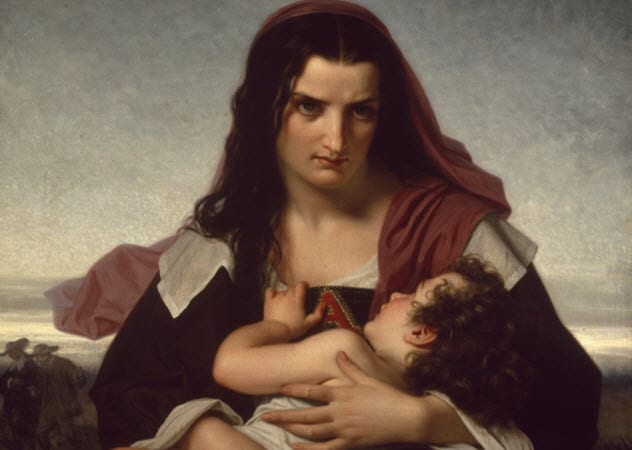 If you read The Scarlet Letter, you already know how strictly the Puritans frowned on adultery. Getting a scarlet “A” emblazoned on your dress, though, was actually getting off easy. When it came to adultery, Puritans followed Biblical laws, which meant that the punishment for adultery could be death.

You didn’t have to actually commit adultery to be punished, though. You would be publicly flogged if you even proposed it. One man, for example, was charged with propositioning another man’s wife on the grounds that he was “taking hold of her coate and inticing her by words.”

Women, of course, had the worst of it. They could even be charged for not responding properly while being sexually assaulted. Legal records tell us that one woman was charged 50 shillings for the crime of “not crying out when shee was assaulted.” 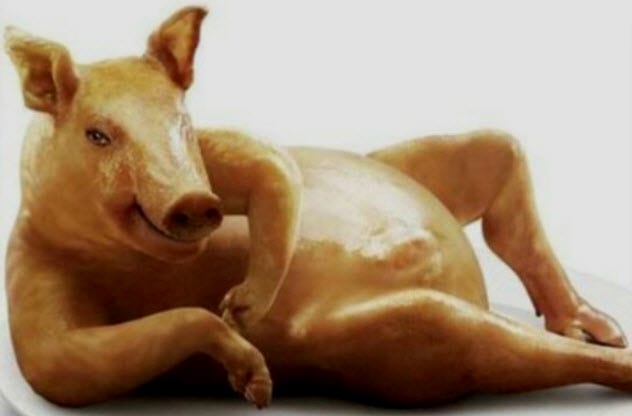 George Spencer was a balding, unattractive man with a missing eye. He wasn’t popular, either. The whole town thought he was up to something but just couldn’t put their finger on it until a pig gave birth to a piglet with one eye.

The one-eyed piglet, the people felt, was “incontrovertible proof” that Spencer had been having sex with pigs. This, they believed, was a divine message from God, who wanted them to hang Spencer.

Spencer was given two choices. He could be hanged as a sinner, or he could confess and find mercy. He decided to tell them he did it, believing that “mercy” meant he wouldn’t be killed. But they were talking about the sort of divine mercy that only comes after an angry mob kills you.

In court, he revoked his confession. But the court found him guilty anyway. Spencer was hanged, and even the pig was sentenced to death.

7 Following Other Faiths Was Punishable By Death 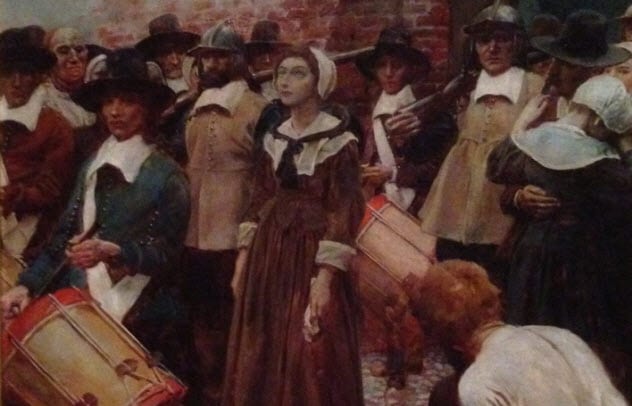 The Puritan colonies didn’t allow other faiths, especially the Quaker faith. Like Puritans, Quakers were Christians who believed in Jesus and the Bible. But Quakers had the gall to say that God’s original blessing was more important than man’s original sin. So obviously, they had to die.

In 1658, a law was created in Boston saying that any Quaker who did not immediately leave could be sentenced to death. Over a period of three years, four Quakers were executed.

The mass murder of Quakers only slowed down after the death of Mary Dyer. She was raised a Puritan but converted to the Quaker faith after a visit to England. She was warned never to set foot in Massachusetts again. When she did, she was hanged.

After Dyer’s execution, King Charles II revoked the legal permission that Massachusetts had been granted to murder Quakers.

6 They Took The Word ‘Cock’ Out Of The Language 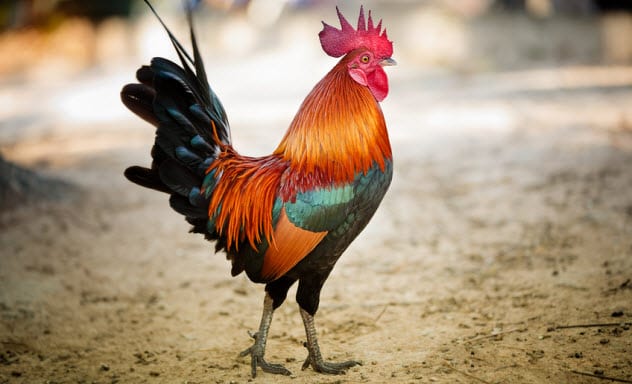 The word “rooster” didn’t exist until the Puritans came to America. Until the 1600s, the only word used to describe a male chicken was “cock.” When “cock” picked up a second meaning, the Puritans were embarrassed.

It seemed indecent to have a cock on your farm or to serve cock for dinner. So the word “rooster” was created so that Puritans wouldn’t have to say something that sounded like male genitalia.

They didn’t stop there, though. Every instance of the word “cock” was excised from the English language. “Haycocks” became “haystacks,” “weathercocks” became “weather vanes,” and “cockroaches” became “roaches.”

Even names were changed. Louisa May Alcott, the author of Little Women, was an “Alcox” until her father changed their family name. He was humiliated to be the family of “all cocks.”

5 They Gave Their Kids Insane Names 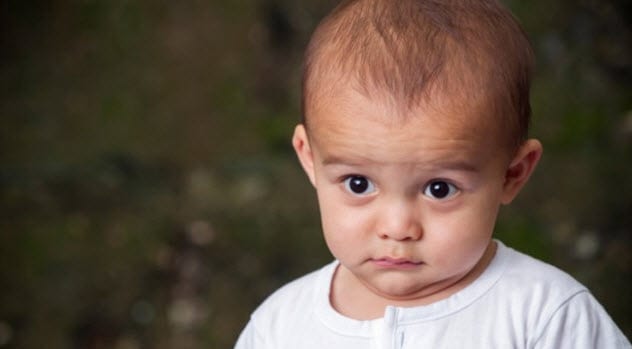 Some Puritans believed that giving your child a normal name was worldly and sinful. No one with a name like “John” or “Peter,” they believed, could ever be truly devoted to Jesus Christ.

When the time came to name their children, the Puritans just labeled their kids with slogans. Puritans had some strange names like “Praise-God Barebone” and his son, “If-Christ-Had-Not-Died-For-Thee-Thou-Hadst-Been-Damned Barebone.”

Even the short names were fairly strange. Kids walked around with names like “Sorry-For-Sin Coupard” and “Kill-Sin Pimple.”

Most Puritan names that came from virtues and slogans didn’t really catch on. Nevertheless, we still use a few Puritan names today. Any current “Felicity,” “Hope,” or “Prudence” was named following the same tradition that gave us the name “Abstinence.” 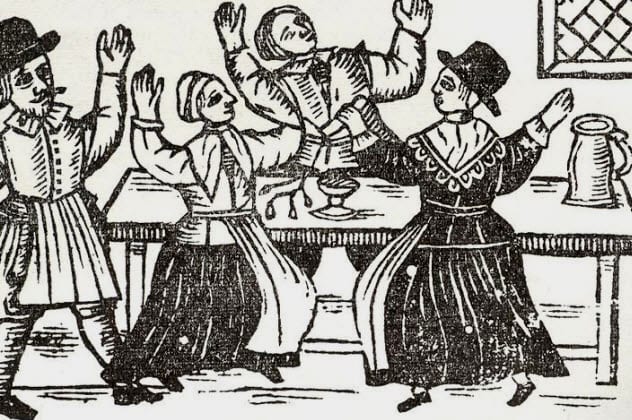 According to the Puritans, the violin was a tool of the devil, created to lead innocent Christians into the sinful act of dancing. In a Puritan colony, dancing was immoral, especially dancing with the opposite sex. These were acts of raw, physical sexuality, and they risked enticing people into fornication.

However, the young people knew that other colonies were holding shameless hoedowns before the light of God without the slightest apology. They wanted the freedom to dance, too. So they created a clever work-around.

Young Puritans held “play-parties”—celebrations where young people would follow the steps in a children’s game to music so that they technically weren’t dancing. Songs like “Skip to My Lou” were written so that Puritan boys and girls could dance together—and tell their parents they were playing a kids’ game. 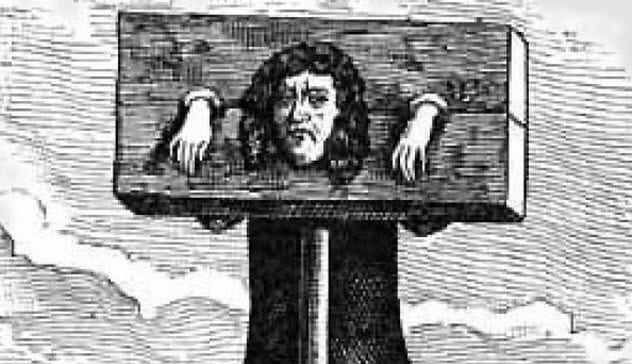 Unmarried men were dangerous to a Puritan colony. If a man reached maturity without having a family, he was prone to drinking, gambling, and fornication. So single men could only enter a town with express written permission.

Almost every hobby that didn’t honor God was forbidden. Anyone caught adorning their shirt with laces or ruffs was seen as an excessive follower of vanity. If you were caught with a deck of cards or dice, you had to throw them away or face punishment.

Some recreation was permitted but with strict rules. Bars could sell alcohol. But they had to make sure nobody got drunk from it, and they had to close by 9:00 PM. You could go hunting, which was a way to feed your family. But to the Puritans, it was also classified as a recreational luxury.

2 Missing Church Was Punishable By Whipping 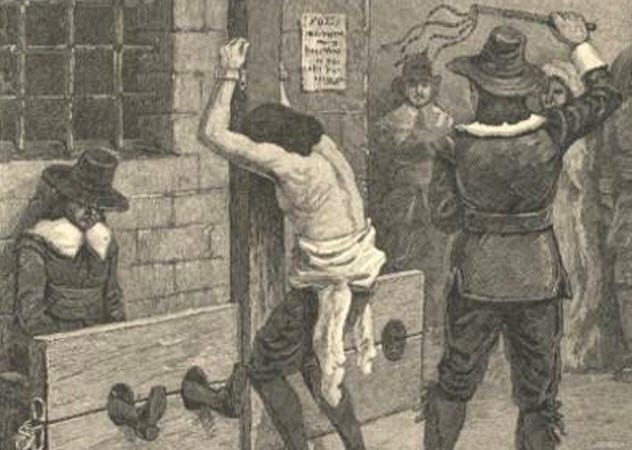 During every church service in Virginia, parishioners were reminded that they were required to attend church twice every day. If they missed it once, they would lose a day’s food. A second offense was met with a whipping, and anyone missing three days of church was sentenced to six months of rowing in a galley.

After a long voyage at sea, one man was so excited to see his family again that he kissed his wife in public—forgetting that it was Sunday. For his crime, he was charged with “lewd and unseemly behavior” and sentenced to hours of public humiliation in the stocks.

Even children were punished for not going to church. One boy was caught playing with chalk and brought in front of a court on charges of “irreverently . . . playing and recreating himself in the time of publick worship.”

1 Kissing The Bible Was Considered Blasphemy 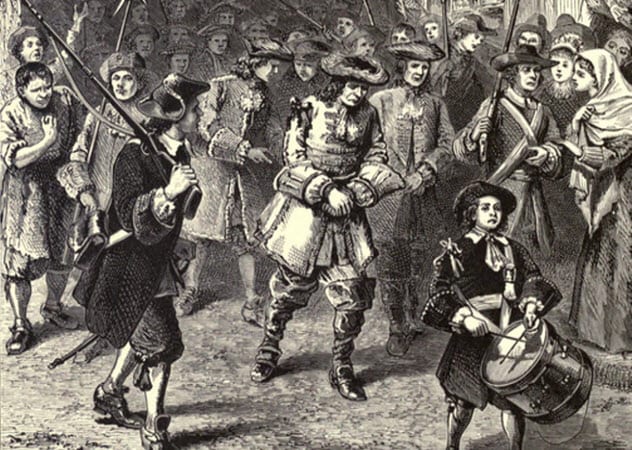 Puritans took offense at anyone caught kissing The Holy Bible, believing that it was an act of idolatry that offended God.

Usually, that didn’t create a problem until Edmund Andros, who wasn’t a Puritan, was made governor general of New England. Andros declared that witnesses and jurors should kiss the Bible before swearing an oath in court. The Puritans were outraged.

People arranged protests by refusing to sit on juries or serve as witnesses in court on the grounds that they refused to step into a courtroom with such blasphemous rules. Andros’s rule—along with his other restrictive laws—aroused such fury in the colonists that there was an all-out revolt in Boston in 1689.

The Puritans won. Today, every American in a courtroom raises their right hand when they swear an oath—a legacy of Puritan beliefs that we still follow. 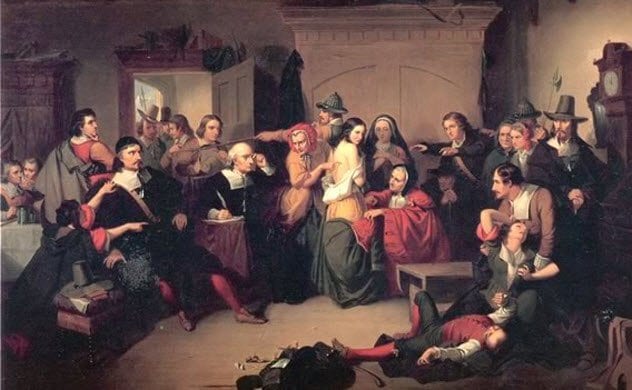 Given the historic events unfolding daily in the current presidential election, it seems fitting to spend a little time looking at more historic US lists. Here are but a few from the archives: