Keeping up with the news is hard. So hard, in fact, that we’ve decided to save you the hassle by rounding up the most mind-blowing events each month. With September finding US media increasingly focused on the upcoming election, a lot of insane stuff happening elsewhere got ignored. Stuff like . . . 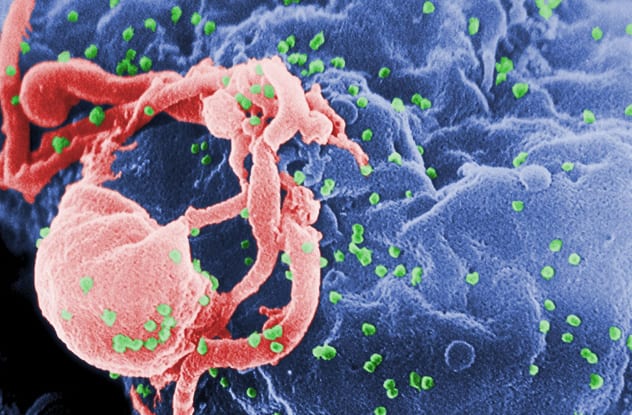 60 percent of children who contract HIV die within 2.5 years—except for the ones that don’t even get sick. This September, a South African study analyzed 170 children who had HIV. They found that 10 percent of them had an immunity to AIDS.

HIV attacks the immune system, resulting in AIDS, but that hasn’t happened to these kids. Instead, their bodies just kept on ticking over like normal, despite their bloodstreams being clearly infected with HIV.

One of the researchers, Prof Philip Goulder, believes these children may hold the key to rebalancing the immune systems of all AIDS patients, children and adults alike. 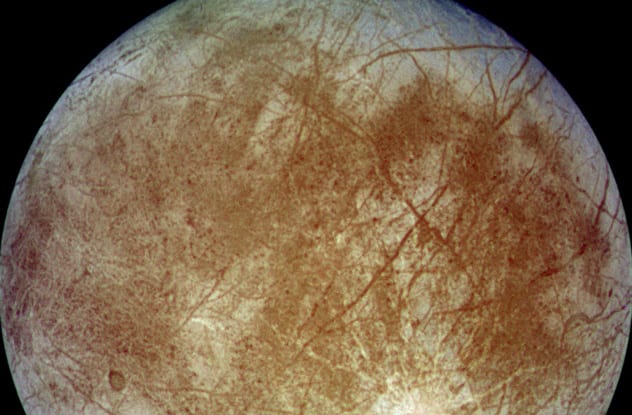 Jupiter’s moon Europa is possibly our best shot at finding life in the solar system. It has a vast ocean beneath its icy surface, where organisms could potentially survive. Until recently, the big challenge was how to get down there and find out. On September 26, NASA revealed a simple solution: Fly a craft through Europa’s gigantic water plumes.

Water plumes were noticed exploding out of Europa in 2012, but since then, the moon has been silent. Then NASA pointed Hubble at it. The images that came back confirmed the existence of plumes.

Aside from making exploration easier, the plumes change what we know about habitable planets. It had been assumed planets had to be Earth-like for life to evolve. Europa is about as unlike Earth as you can get . . . yet it still has water. This could vastly increase the number of habitable planets in our galaxy. 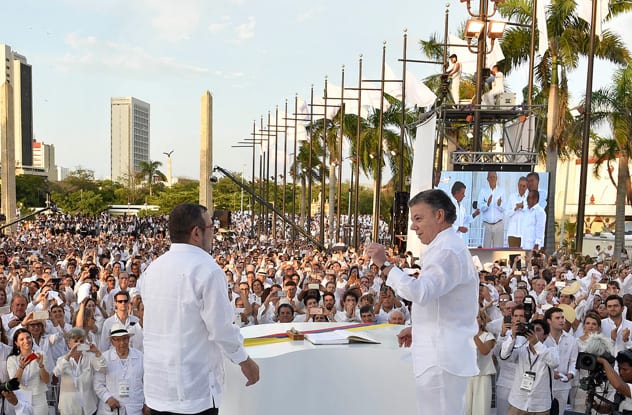 Since 1964, Colombia has been engaged in a civil war with leftist rebels FARC that left 250,000 dead and over six million internally displaced—the highest number outside Syria. This July, the government and FARC finally reached a deal to halt the killing. On September 27, both sides formally signed the agreement. Over half a century of fighting ended with the flick of a pen.

The deal still has to be ratified by the Colombian people in an October 2 referendum. Polls predict a victory for the pro-peace side. At that point, FARC will transform from one of the world’s deadliest terror groups to a political party. In a further piece of good news, both the smaller left-wing rebel group ELN and the right-wing paramilitary force ACG have announced their own desire for peace talks. You can read our explainer on Colombia’s peace deal here. 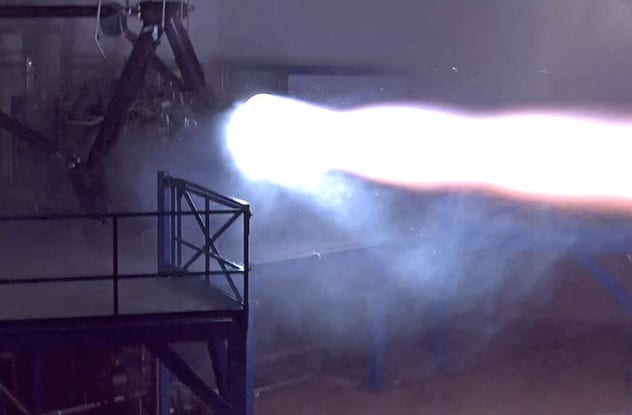 September 27, 2016, may go down in human history. That was the day Elon Musk of SpaceX announced his plans to build a million-strong human colony on Mars. In typical Musk-fashion, the plan was both breathtakingly simple and borderline insane.

Musk thinks SpaceX technology, such as reusable rockets and deep-space refueling, will cut the price of a trip to Mars from $10 billion to $200,000, the median US house price. Once that happens, he wants to start sending fleets of rockets to the red planet every 27 months, when Earth and Mars are at their closest. Those who go would work on creating a colony that will be completely self-sustaining by 2100.

The plan has attracted criticism for being underfunded. Musk believes billionaires and governments will step in to pick up the tab. He also believes we’ll soon be able to go beyond Mars, maybe all the way to Pluto. 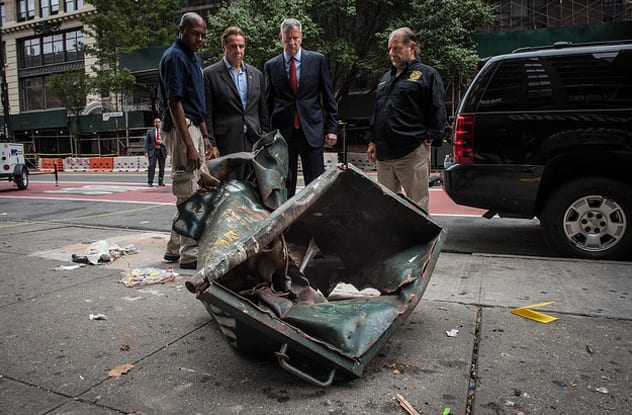 Between September 17 and 19, four bombs attacks hit New York and New Jersey. The devices were extremely sophisticated IEDs filled with shrapnel, well above the technical capability of the Boston Marathon bombs that killed three and injured 264. Yet the New York bombs killed nobody and only injured 31, none seriously. What happened?

The New Jersey pipe bomb exploded while there was no one in the area. The second Manhattan bomb and the Elizabeth Station bomb failed to detonate. The Chelsea bomb did explode, but it had been placed in a metal dumpster. Rather than destroy the dumpster and create yet more shrapnel, the force of the bomb was channeled upward, out the lid, and into empty sky.

A suspect has been arrested. For once, a US terrorism story seems to have had a happy ending. 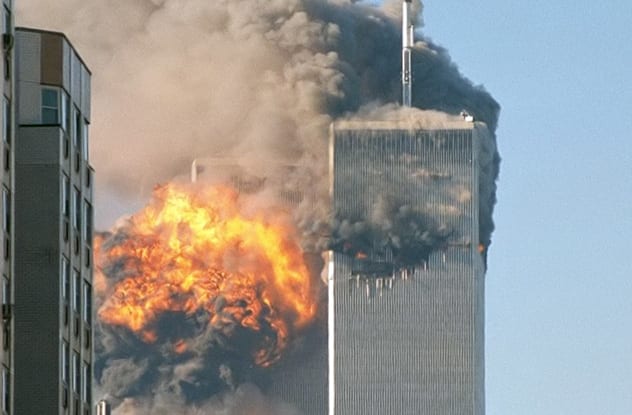 Fifteen years after hijackers killed 3,000 people in New York, Washington DC, and Pennsylvania, Congress voted to let the victims’ families sue Saudi Arabia. President Obama vetoed their decision, but in a first, Congress overrode his veto. In doing so, they opened a diplomatic can of worms.

Some believe Saudi Arabia had a role in financing 9/11. Until now, US courts have refused to hear the case, citing a global agreement that stops citizens from suing foreign governments not on the “state sponsors of terrorism” list (a list that includes only Iran, Sudan, and Syria). That barrier has now been removed.

Supporters say it will allow 9/11 families their day in court. Opponents say it will open the US to retaliatory lawsuits, such as by the families of those killed in the 2003 invasion of Iraq. Defense chiefs are also concerned the bill will affect counterterrorism cooperation with Saudi Arabia, seen as a key ally in fighting ISIS. 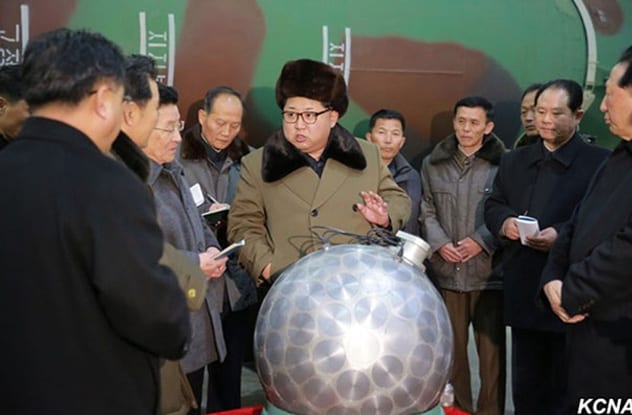 In early September, North Korea conducted its fifth nuclear test. It came less than a year after the regime detonated a hydrogen bomb, the DPRK’s two closest tests in history. This fifth bomb was supposedly small enough to mount on a missile and had a yield slightly larger than the Hiroshima bomb. It suggests we need to start taking the DPRK’s nuclear program very seriously.

North Korea is often characterized as an evil but incompetent regime. This latest test shows they’ve finally ditched the “incompetent” bit. The DPRK’s stated goal has long been to build a nuke that can hit the US mainland. Experts now think they’re well on their way.

No other country has conducted five tests without mastering miniaturization technology for mounting on warheads. The DPRK probably isn’t an exception. Strange as it seems, we may need to start treating North Korea as a nuclear power. 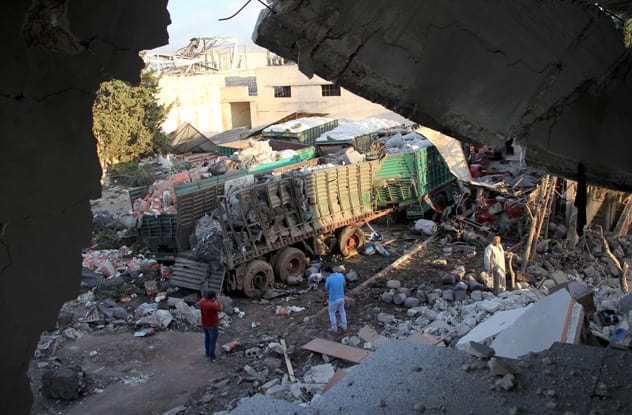 Aleppo, Syria, is hell on Earth. There’s no water, no medicine, little food, and constant death. During September’s partial ceasefire, the Red Cross desperately tried to get trucks of supplies in to the starving people. Their plan was aborted after Russian jets destroyed the convoy, killing 20 aid workers.

The UN and US have called this a war crime. The US has accused Russia of “barbarity.” They allege Russia deliberately targeted the aid workers to help Assad starve the rebel-held city into submission. If true, Russia’s actions could have far-reaching consequences.

On top of that, this month saw the Netherlands release its report into the downing of flight MH17 over rebel-held Ukraine in 2014 that killed nearly 300 people. They concluded the missile was fired from Russian-held territory. Russia has dismissed the entire investigation, putting the Kremlin on collision course with the US, EU, and UN. 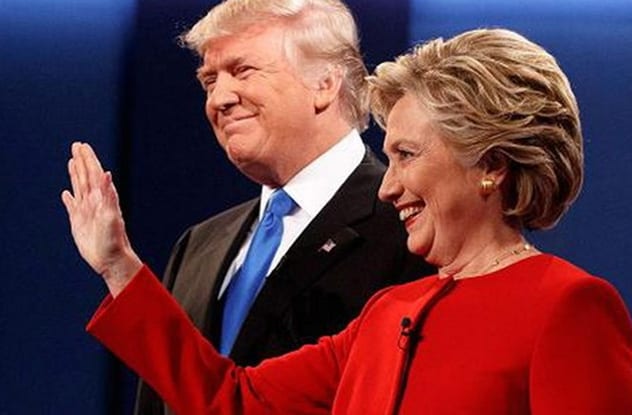 Despite being the two least popular presidential candidates in US history, Hillary Clinton and Donald Trump’s first TV debate broke records. At least 80.9 million Americans turned in to watch, the highest viewership ever. Despite this, it was considered a disappointment. CNN had previously estimated it’d net 100 million viewers.

When Vox.com ranked all the televised debates since 1976 by percentage of voters who watched, they found the Trump/Hillary debate came near the middle. 33 percent of voters watched, more than the 18.7 percent who tuned in in 1996, but way under the 50 percent who watched Reagan and Carter duke it out in 1980. 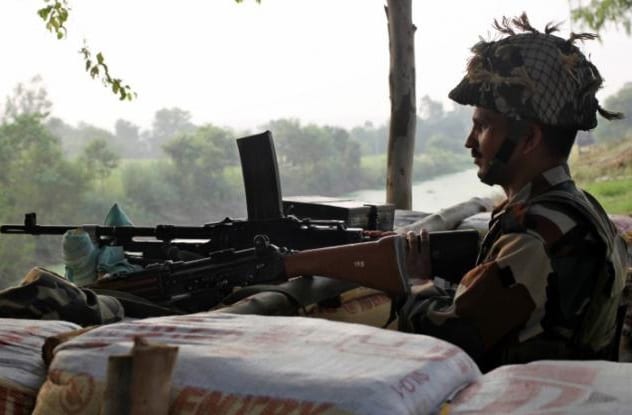 A month ago, we told you how India and Pakistan’s territorial brinkmanship in Kashmir could lead to the world’s first nuclear war. Horrifyingly, it may happen sooner than we expected. On September 29, India carried out strikes over the Pakistan border, killing two people.

The identity of these two people is disputed. India says they were militants. Pakistan claims they were soldiers in its army. The strike comes weeks after militants slaughtered 18 at an Indian army base, an attack India says was orchestrated by Pakistan.

This is serious. India and Pakistan have both war-gamed nuclear first-strikes against one another. Even if the conflict doesn’t escalate to such a degree, a flare-up in the Kashmir region could easily see thousands killed. With tensions already at boiling point, we can only pray cooler heads prevail in Delhi and Islamabad.