This was the week when the dream of a new, post-Mugabe society finally seemed to die in Zimbabwe. Following last year’s coup, new elections deteriorated into the sort of violence and painful crackdown that the old regime specialized in. More on this sad story below, along with a look at the week’s other great controversies—from 3-D printed gun technologies to the US trial of the year. 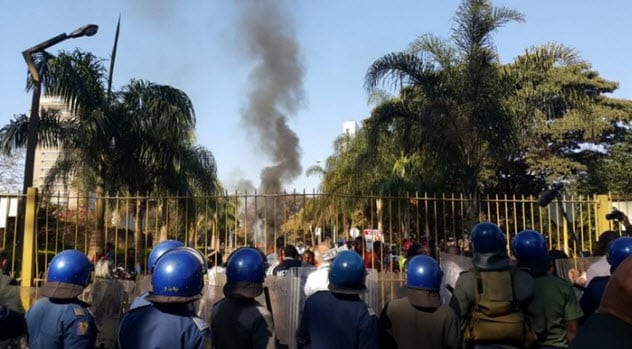 It was meant to be the moment that Zimbabwe finally stepped out from Robert Mugabe’s long shadow. On Monday, Zimbabweans went to the polls in the first elections in 16 years to feature international observers.

At first, things seemed to be progressing well. The African Union declared the elections mostly free and fair despite some clear media bias. As the results came in, both the ruling Zanu-PF party and the opposition MDC claimed victory but also said that they’d abide by the final count. Sadly, that last part was just wishful thinking.

On Wednesday, Mugabe’s old party, Zanu-PF, were announced as the winners. Immediately, Harare exploded into violence. Opposition protesters flooded the streets, claiming the poll was rigged. The army responded the only way that the army in Zimbabwe ever does at election time: It opened fire. The resulting skirmishes devastated the city center and killed three people.[1]

It wasn’t meant to be this way. The 2018 elections were meant to be the moment that Zimbabwe turned over a new leaf and opened itself up to the outside world. But with the government now vowing to crack down harder, it looks like, sadly, Zimbabwe’s revolutionary dream was only ever that: a dream. 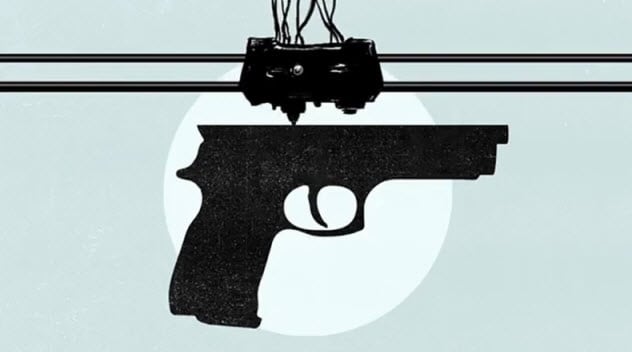 At the last minute on Tuesday, a federal judge blocked the website DEFCAD.org from going back online. Or at least, the judge tried to. DEFCAD had actually gone live a few hours before it was meant to, resulting in a flurry of panicked headlines. The reason for this? DEFCAD is a website for downloading and 3-D printing your own guns.

If you’re thinking “this is an old story,” you’re right. DEFCAD first went live in 2013. It was taken down after the State Department threatened to prosecute for breaking US firearms export laws, but DEFCAD responded by suing, saying the printing blueprints were protected by the First Amendment. The Trump administration settled with the site in June, allowing it to return online. Until the judge blocked it.[2]

There are fears that DEFCAD will allow criminals to print untraceable firearms or those that can bypass metal detectors. At the moment, printed guns are notoriously unreliable, but that may not be the case in five years. Essentially, the court battle we’re about to see is a fight about what the First and Second Amendments mean in the digital age. The outcome will have far-reaching consequences.

8 The Swedish Crown Jewels Were Stolen In Broad Daylight 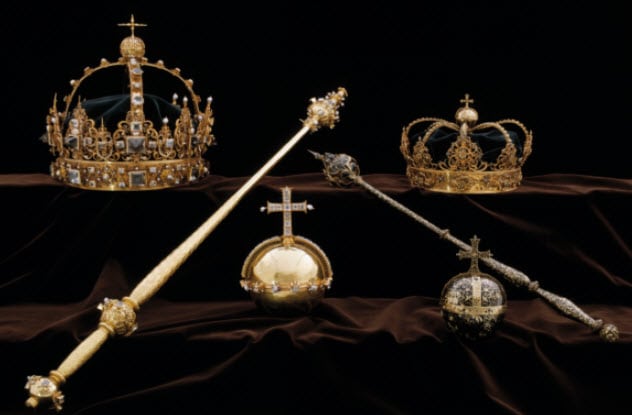 If you think all great heists involve Danny Ocean levels of planning and subterfuge, think again. This week, two men pulled off one of the biggest robberies in Swedish history, stealing some of the crown jewels.

Their plan was almost hilariously simple. They walked into a cathedral where the jewels were being displayed, smashed the glass, grabbed the jewels, and rode to the nearest lake on bikes before jumping on jet skis and jetting off into infamy.

The jewels dated from around 1611 and included an orb used at King Karl IX’s funeral. They were as priceless as crown jewels tend to be, which is what makes the ease with which they were stolen so bizarre. There are Walmarts that are harder to steal from than that.

Still, the Swedish police remained oddly upbeat about the whole thing. As the jewels are so distinctive, they’ll be impossible to sell.[3] 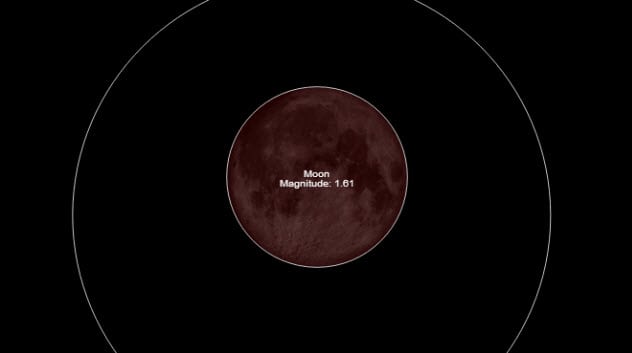 For fans of incredible natural phenomena, there was only one story worth caring about in the last seven days. The longest lunar eclipse (aka a “blood Moon”) of the 21st century took place on the night of July 27. It lasted an incredible 1 hour and 45 minutes, during which time the Moon turned an evil red and Mars became brightly visible in the sky. It was like looking upon a scene from the Apocalypse . . . or at least it was if you didn’t live in North America.

The map of the eclipse’s route was like a gigantic middle finger to North America. Nearly every single country on Earth got to witness the blood Moon, with the exception of some Pacific island states, the US, Mexico, Cuba, and Canada.

It’s not all bad news, though. The next total solar eclipse to hit North America is already less than six months away, and that one will hit everywhere but Australia. Until then, North American nature lovers can take some solace from the fact that the skies in the UK and parts of Northern Europe completely clouded over prior to the eclipse.[4] 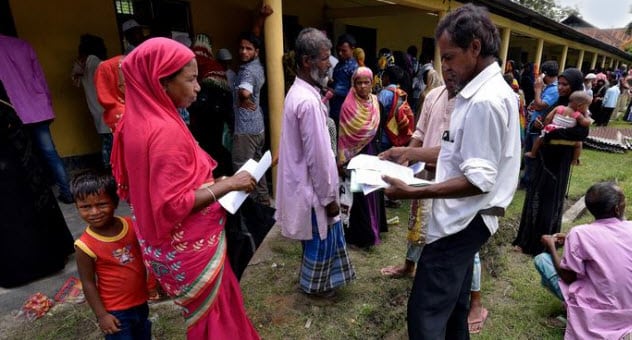 Assam is a troubled state in India that borders Bangladesh. During the 1971 Bangladesh War of Independence, millions of refugees flooded the place, often lacking basic identification. In 1985, an agreement was signed, allowing those who arrived prior to the war’s start to stay in Assam permanently. Those who arrived as refugees would have to go.

However, the law was never really enforced and Assam has long been a hub for illegal immigration. When Narendra Modi’s Hindu nationalist party came to power, that all changed. An Indian citizenship list was compiled for Assam to decide who could stay and who should be deported. This week, a draft of that list was published. Over four million residents of Assam were missing. The assumption is that they will now be deported.[5]

Aside from effectively declaring four million people illegals, the list was controversial because of perceived anti-Muslim bias. Modi himself said that Hindus who fled Bangladesh after the war started should be allowed to remain, while Muslims would have to leave. This is a big problem for Assam, a tinderbox state with a reputation for ethnic violence. Only six years ago, race riots killed 80 people.

5 Germany Freed Its Only Suspect In A Neo-Nazi Bombing 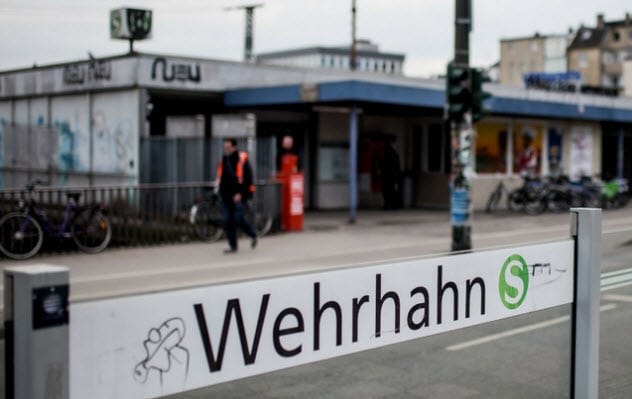 In July 2000, a bomb exploded at a Dusseldorf station, targeting Jewish immigrants. Twelve people were injured, and a pregnant woman caught in the blast lost her unborn child. It was one of Germany’s most infamous neo-Nazi bombings, thanks to a 17-year investigation that turned up nothing.

It was only last year that anyone was charged. A suspect known as Ralf S was arrested after a former prisoner came forward, saying Ralf had boasted to him about carrying out the bombing when they shared a cell in 2014.

This week, though, the trial of Ralf S collapsed. Although he was recorded claiming responsibility for the attack, too many witnesses backed out at the last moment. Unable to tell if his boasts were genuine or just the work of an egomaniac, the court freed him.[6]

The failure of the case is particularly pertinent in the wake of the recent NSU terrorism trial. In that case—which involved the murder of nine immigrants and a policewoman—German intelligence repeatedly failed to spot warning signs of right-wing terrorism. With another neo-Nazi attack now unsolved, questions are already being raised about the country’s ability to deal with homegrown extremism. 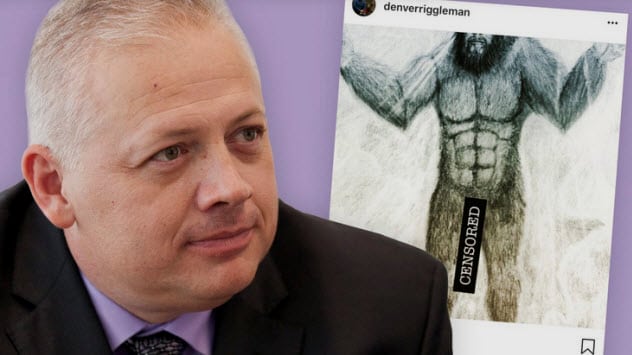 File this one under “weird but (unfortunately) true.”

In Virginia, a heated race is currently on for the 5th Congressional District’s House of Representatives seat. This week, that already hot race got one heck of a lot steamier in the worst way possible. Over the weekend, Democratic candidate Leslie Cockburn publicly accused her Republican rival, Denver Riggleman, of being “a devotee of Bigfoot erotica.”

Politicians making up outlandish claims about their rivals is nothing new. There’s a great old story about Lyndon Johnson spreading rumors that one of his opponents liked his hogs just a little too much. What’s different is that Cockburn apparently had some evidence to back up her claim. Riggleman’s Instagram feed included a picture he’d posted of his own head photoshopped onto the body of a Bigfoot with an enormous wang. 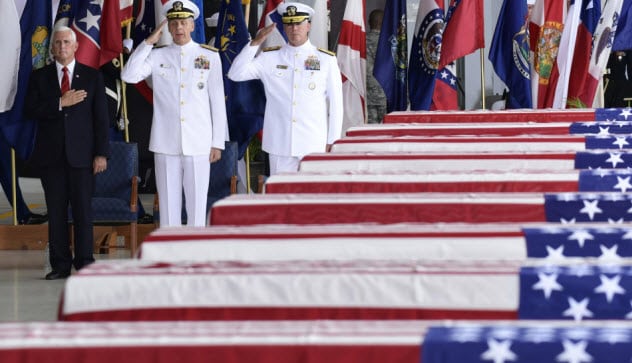 It was perhaps the biggest PR win yet that President Trump has had from his successful summit with Kim Jong Un in June. Last Friday, North Korea announced that it would be returning the remains of 55 dead US servicemen from the 1950–53 Korean War. On Wednesday, a formal handing-over ceremony took place and the bodies were repatriated.[8] The move was seen as a goodwill gesture by Kim toward continued denuclearization talks.

Impressive as the ceremony was, it was still marred by the usual bouts of weirdness you get with any story involving the DPRK. In this case, it was Pyongyang’s bizarre decision to only return one dog tag alongside the 55 bodies. At least the bodies are likely to belong to Americans. In 2011, North Korea handed over the remains of what it said was a British pilot . . . only for doctors to discover that the bones belonged to a dead animal.

Hopefully, this is another step on the long road toward a nuclear-free Korea, but who can say for sure? Just before the return ceremony, US intelligence indicated that North Korea might be restarting its ICBM program. 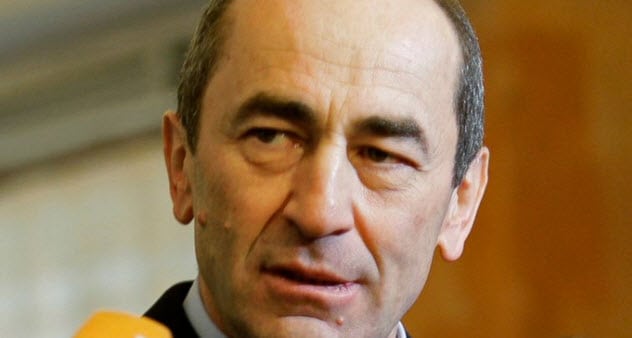 This year has been a whirlwind one for the tiny Caucasus nation of Armenia. In spring, a one-man protest against a presidential power grab ballooned into peaceful mass demonstrations which may have involved a third of the entire population. The president resigned, the government collapsed, and anti-corruption protest leader Nikol Pashinyan was swept into power, all without a single shot being fired.

Now, the effects of Armenia’s velvet revolution are being felt. This week, security services arrested former president Robert Kocharian for orchestrating a crackdown in 2008 that killed 10 people. He is now the third high-ranking member of the previous government to be arrested for the crackdown, indicating that Pashinyan is serious about ending Armenia’s culture of impunity for the rich and powerful.[9]

As with everything in the former Soviet Union, though, the success of this drive depends on Moscow. Russia’s foreign minister has already condemned the arrests, calling them politically motivated. With Pashinyan having sworn to maintain good relations with the Kremlin, it may be that he’s forced to backtrack on these latest moves. 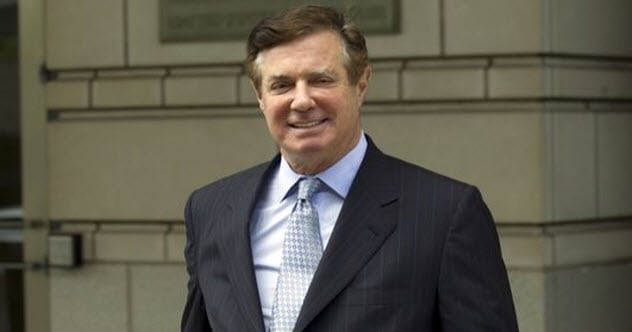 The biggest of these likely involves Paul Manafort, a one-time Trump adviser who is now charged with money laundering, witness tampering, tax evasion, and violating the Foreign Agents Registration Act.[10]

This week, Manafort’s first trial finally began in Virginia. It’s expected to last three weeks, after which Manafort will face another trial on different charges in the District of Columbia. (Usually, trials in separate jurisdictions are rolled into one, but the Sixth Amendment allows a defendant to demand a trial in each area where he is accused of committing crimes. Manafort evidently invoked this right.)

The two trials will be watched closely for evidence of how Mueller’s team intends to go after its targets in later cases. Many are also wondering whether President Trump may pardon his erstwhile adviser, if needed. Sources say that Manafort is banking on the White House freeing him if he’s convicted. Since Trump has yet to signal a decision either way on the matter, this all remains simply guesswork.