The last full week of July was marked by tragedy. An inexplicable shooting in Toronto, a dam collapse in Laos, and a horrific wildfire in Greece all wreaked havoc on humanity. But while sadness was part and parcel of this week’s news, there were more upbeat stories, too—alongside plenty that were just straight-up newsworthy. 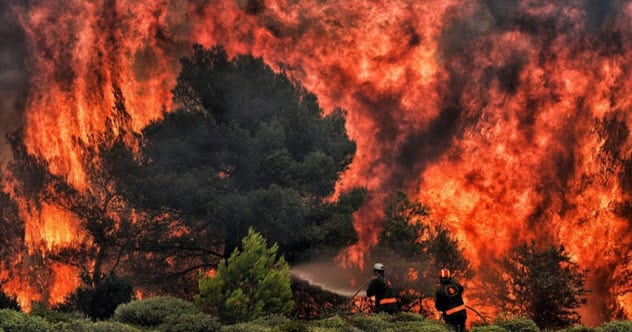 It was one of the worst wildfires to ever hit Greece. On Monday afternoon, a blaze started in the village of Mati on the edges of Athens. Thanks to the dry conditions, it quickly became an inferno. The coastline, the nearby countryside, and some districts of the capital were engulfed in fast-moving flames. At the time of this writing, over 80 have been confirmed killed, with another 40 still missing.

Among the dead were tourists and children, including one group of 26 charred bodies found clutching each other at a cliff’s edge. They are thought to have been a family. In many ways, it could have been even worse. Extremely close proximity to the sea allowed hundreds of people to escape the fire by running into the ocean.

An investigation has now been opened into the possibility of arson. Greece has a track record of wildfires springing from attempts to clear forest land for new buildings. It could be that the deaths of these 80 people rest on the conscience of a single idiot.[1]

9 A Mass Shooting Caused Grief (And Mystery) In Toronto 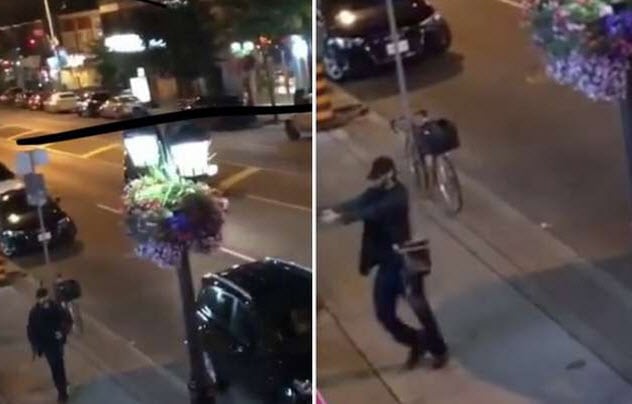 On Sunday night, Faisal Hussain took a gun and walked onto busy Danforth Avenue in Toronto. There, he opened fire, killing one teenage girl and one child and wounding 13 others before committing suicide. He left in his wake not only heartbreak, but a horrible mystery.

While many mass shootings appear to be motiveless (we still don’t know why Stephen Paddock killed 58 people in Las Vegas last year), the actions of Hussain seem almost cruelly unfathomable because there are perhaps too many possible motives to count.[2]

He was friends with some Islamic extremists, yet the police say it wasn’t a terrorist attack. He was on the fringes of Toronto’s gang culture, yet the shooting was too random for gang violence. He was mentally ill, yet doctors believe that it was not to a degree that might have triggered a massacre.

Ultimately, we may never know why such bloodshed came to Toronto on Sunday. All we do know is that, for whatever combination of reasons, two people are now dead because of Hussain. 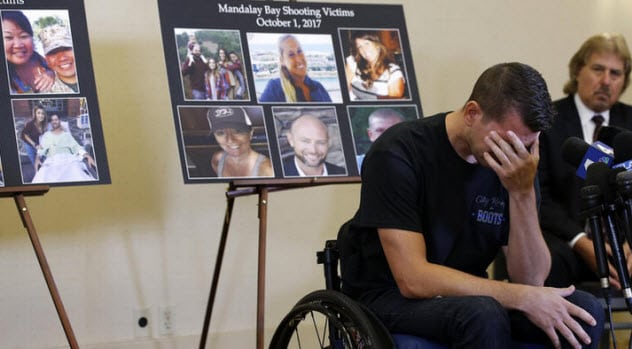 For centuries to come, this will be the lawsuit that gets trotted out whenever anyone wants to prove that the legal system is screwed beyond hope. At a press conference on Monday, we learned the shocking details of MGM Resorts International’s plan to sue the victims of last year’s Las Vegas shooting. Filed in court last week, MGM’s lawsuit would drag survivors of America’s worst-ever mass shooting through the trauma all over again.[3]

MGM is not seeking money from the victims. Instead, it is seeking to avoid having to pay damages to those who were wounded—some 850 people. MGM contends that the shooting was an act of terrorism. As a result, they believe that they are not liable under a federal act passed after 9/11. This is despite both federal and local authorities saying that the shooter, Stephen Paddock, was not a terrorist.

To call this lawsuit insane would be an understatement. Aside from making MGM look like the bad guys in a Hollywood flick about heartless corporate scumbags, it will ensure that many of the survivors are forced to relive the massacre in court.

7 We May Have Discovered Liquid Water On Mars 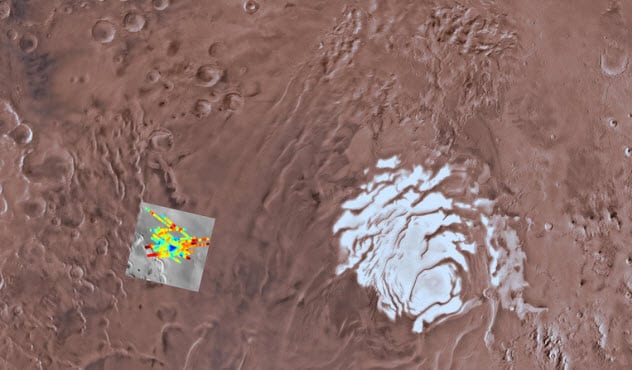 This week, a group of Italian scientists published a paper that could well change how we view our solar system. They discovered an underground lake of liquid water on Mars. If confirmed, the finding could represent our best chance for locating alien life in the near future.

Briny water isn’t unheard-of on the Red Planet, but it has previously always been either seasonal or frozen inside chunks of ice. This lake would be unique because it seems to be in a permanently liquid state. A stable source of water is one of the essentials for life (as we know it) to arise.

If the lake is for real, though, getting to it will be a problem. It exists 1.5 kilometers (0.9 mi) below the surface of the Martian south pole, a tall order for exploring.[4]

6 Hackers Stole Data On A Quarter Of Singapore’s Population 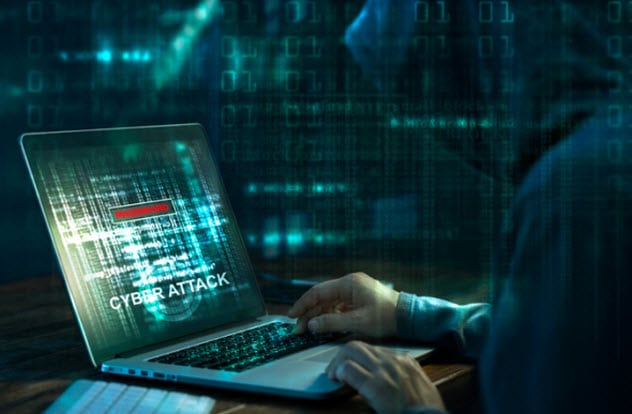 It was the eye-watering numbers that really made it headline news. Last Friday, Singapore Prime Minister Lee Hsien Loong declared that a massive cyberattack had hit the country’s biggest health provider, making off with the data of 1.5 million patients—over a quarter of the city-state’s population. While the majority of those targeted only had their most basic details stolen, another 160,000 had details about their prescriptions snatched.

Although the main focus was on the numbers, perhaps the most chilling part was the political nature of the breach. Prime Minister Lee was among those targeted, alongside several other ministers.[5]

Lee claimed that the attack was seemingly carried out with the backing of a nation-state, likely one looking for embarrassing or blackmail-worthy material. With a number of countries recently flexing their hacking muscles on the world stage, identifying the culprit could be even harder than it seems. 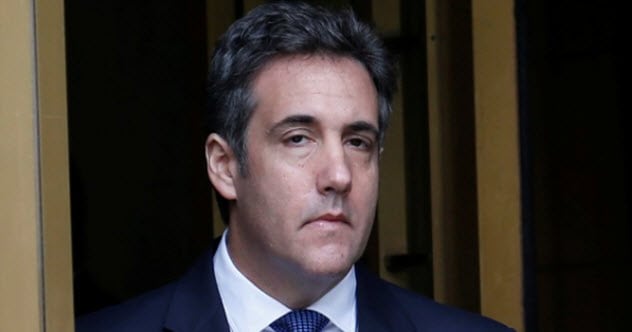 Forget Stormy Daniels. The big sex scandal to hit the White House now goes by the name of Karen McDougal. On Wednesday, a secret recording from 2016 was broadcast on CNN, detailing a conversation between Trump and his then-lawyer, Michael Cohen, about paying hush money to McDougal over a kiss-and-tell she planned to publish in the National Enquirer.

The real story of the tape wasn’t its contents. Although it appears to confirm that Trump had an affair with McDougal, it offers no evidence that he actually broke the law by authorizing hush payments. No, the real story was the tape’s origins. It was released by Cohen.

A longtime lawyer for Trump, Cohen was disgraced during the Stormy Daniels scandal and forced to walk away from the president. Now he appears to have decided to turn on his old boss, and he presumably has the tapes to make Trump’s life very uncomfortable. He’s also hired lawyer Lanny Davis, a Democratic stalwart and Clinton ally who specializes in attacking Republicans.[6]

It seems likely that this tape is just the opening salvo in an upcoming Trump-Cohen war. 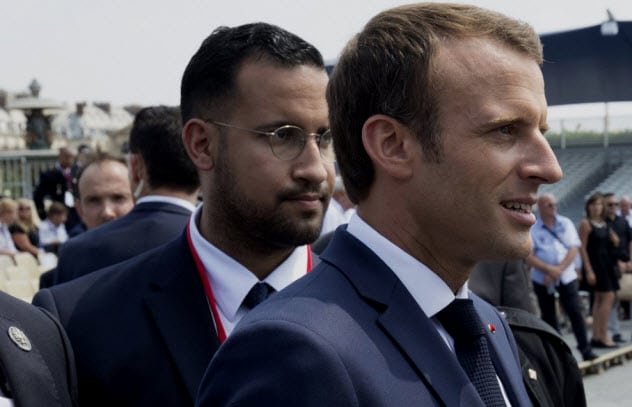 Whatever you may think of him, French President Emmanuel Macron is usually adept at staying on top of things. Which is part of what makes the huge scandal currently rocking his presidency so bizarre.

On May 1, Macron’s personal bodyguard, Alexandre Benalla, was filmed impersonating a police officer to rough up two rock-throwing protesters. The government was told, and Benalla was given a slap on the wrist. The footage was then made public last week, and people began to ask why Benalla hadn’t been punished properly.

If there’s one thing that Macron likes to do, it’s talk. Endlessly. So his sudden absence made journalists wonder if there was more to the story. They started digging and discovered that Benalla was being paid an inflated salary of €10,000 a month. He also had his own government car with a siren for cutting through traffic and his own key to the house shared by Macron and his wife in northern France. Clearly, something very unusual was up.

Benalla has since been fired, but the scandal is being compared in the Paris press to Watergate. A vote of no-confidence in Macron has been arranged, but don’t expect it to succeed. He will almost certainly survive this scandal. His reputation may not. 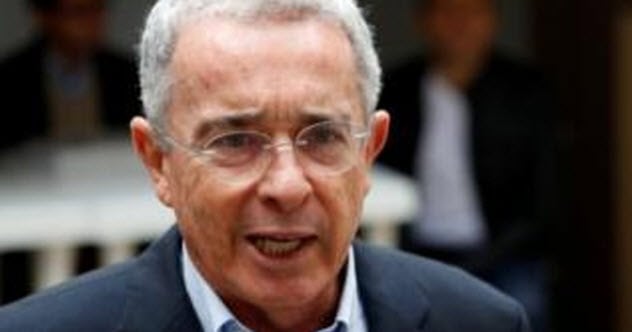 For a country with a long track record of impunity for the rich and powerful, it was a bombshell moment. On Tuesday, former Colombian president Alvaro Uribe stepped down from the Senate to face charges of corruption and witness tampering. His summons marked the first time a Colombian court has ever asked an ex-president to testify.

Colombia’s Supreme Court dismissed the charges against Cepeda. In reviewing the case, however, they found evidence that Uribe had bribed witnesses. Cepeda was cleared, and a case was opened against Uribe.[8]

Now that he’s left the Senate, Uribe’s case will be transferred to the Public Prosecution Service, which critics say will be far easier for the former president to pay off. Yet his resignation still marks a defeat. Uribe was one of the most powerful anti–peace deal voices in Colombia. His exit makes it far less likely that the deal will be undone. 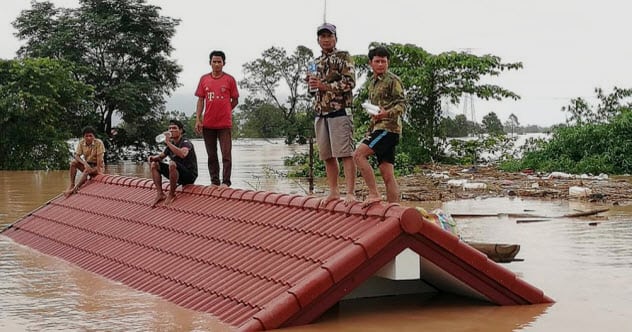 At the time of this writing, we still don’t know the true death toll. After a hydroelectric dam failed in Laos on Monday night, it unleashed a torrent of water that obliterated entire rural communities and caused catastrophic flooding even over the border in Cambodia. As of Thursday, the number of the dead stands at 27. But with hundreds of people missing, it is thought that the final toll could be as much as 10 times higher.

In addition to this, 3,000 people are currently trapped by floodwaters and awaiting rescue. Meanwhile, some 6,000 families have been displaced in Laos, with even more displaced in Cambodia. Prime Minister Thongloun Sisoulith said it could be the worst natural disaster to hit Laos in decades.[9]

However, “natural” may be a stretch. Warnings about the dam had been sounded leading up to the disaster, but it seems that nobody did a damn thing. 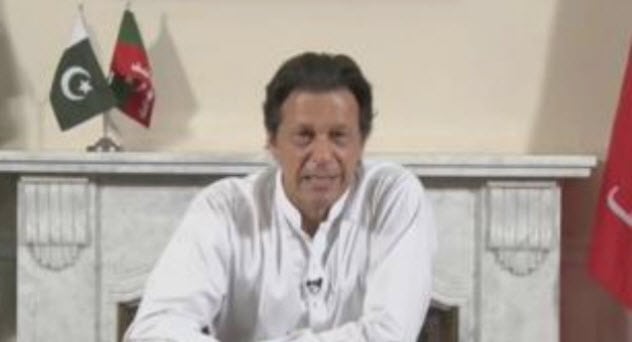 Everyone was braced for it, but still the violence was shocking. Pakistan went to the polls for a general election on Wednesday in the shadow of a suicide bombing on Sunday that killed a candidate for former cricketer Imran Khan’s populist nationalist PTI party.

As the polls opened, a further spate of shooting and bomb attacks killed another 33 people. Crazily, this wasn’t even the most controversial part of the election. That came when the PML-N party claimed that the military had rigged the vote.

This isn’t as wild a claim as it seems. Pakistan’s military is notorious for coups and meddling in civilian politics. However, it’s also a claim clearly designed to help the ruling PML-N ignore results which currently have it in second place behind PTI. In a terse press conference on Thursday, PML-N said it would refuse to step down, adding that every other party running aside from PTI was alleging election interference, too.[10]

If a so-called “soft coup” has indeed taken place, it would mean that this election failed to deliver Pakistan’s second ever civilian transfer of power. Whatever the truth, it now looks certain that Khan will be the next prime minister. His stated plan to turn Pakistan into an “Islamic welfare state” will have repercussions for years to come.