On the night after Christmas 1996, six-year-old beauty queen JonBenet Ramsey was beaten in the head, strangled, and possibly sexually assaulted. Her lifeless body was left on the basement floor of her home.

Since JonBenet’s death, her family has been entangled in controversy. Depending on whom you believe, John and Patsy Ramsey are killers who murdered their child, liars who covered up a murder by their son, Burke, or innocent people plagued by unjust accusations.

Few have delved into who the Ramsey family really is—and what they did before and after JonBenet’s death. Tidbits from their lives cast suspicion everywhere—and might hold the key to cracking the case.

10 John Ramsey Had Another Daughter Who Died Four Years Earlier 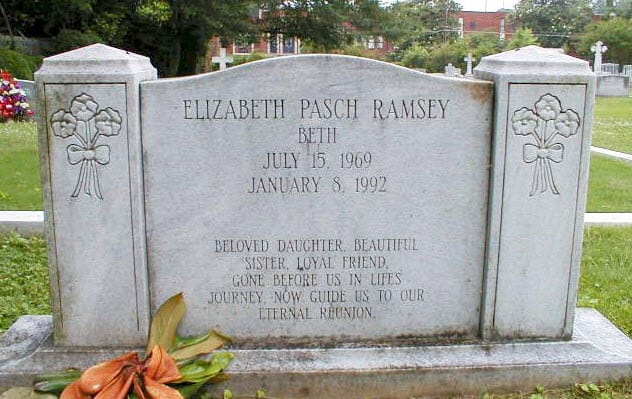 Before he met Patsy, John Ramsey had married his college sweetheart, an elementary education major named Lucinda Pasch, in 1966. The two were married for 12 years and had three children together: Elizabeth, Melinda, and John Andrew.

Elizabeth died shortly before JonBenet’s death. In 1992, Elizabeth’s car careened into an oncoming truck on the interstate, killing her and her boyfriend.

After JonBenet died, police took an unusual interest in what had happened to Elizabeth. Even though she’d died in an accident, police reviewed the autopsy report, only saying that they were following up “on any and all leads in the Ramsey investigation.”

There is no evidence that Elizabeth’s death was anything other than an accident or that John and Patsy had any role in it. The autopsy review, though, suggests just how much the police may have considered the Ramseys as suspects. 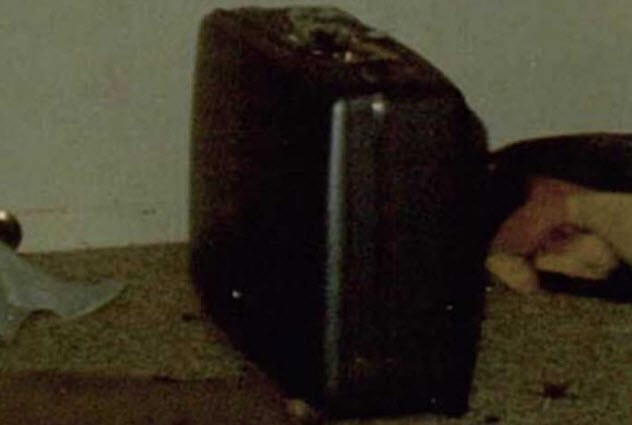 In the basement where JonBenet was found, a blue suitcase rested by the wall directly below the broken window where an intruder may have sneaked in. Patsy Ramsey insisted that the suitcase didn’t belong to anyone in the family.

Instead, she said that the killer must have brought it to stuff JonBenet’s body inside. However, the suitcase belonged to John’s eldest son, John Andrew, and the things inside were incredibly unnerving.

Inside were a semen-encrusted blanket and a book by Dr. Seuss. At the time, John Andrew was a childless college student, far too old to be reading Dr. Seuss. But the semen on the blanket was proven to be his by a DNA test.

The police didn’t take the suitcase investigation much further, though. They had already removed John Andrew from the list of suspects because they were confident that he wasn’t in town when the murder happened. 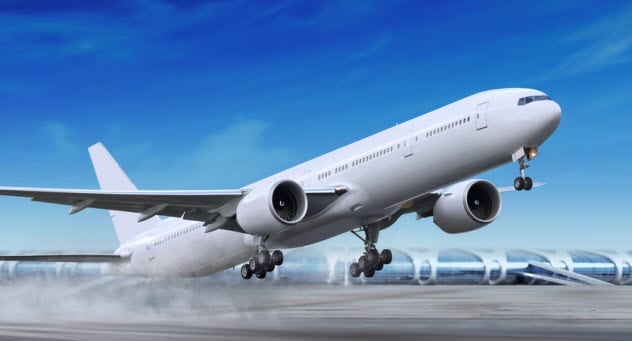 The police knew that John Andrew wasn’t in town when the murder happened because they asked his mother, Lucinda. After JonBenet’s death, detectives flew to Atlanta where Lucinda lived with her new husband. The police questioned Lucinda and talked to family friends.

When the police left, they were confident that John Andrew and Melinda, John Ramsey’s children with his first wife, could be removed from the list of suspects. However, newspapers reported that John and Patsy wanted to “support” Lucinda. So the couple flew as quickly as possible to Lucinda’s home to be with her when she spoke to the police. 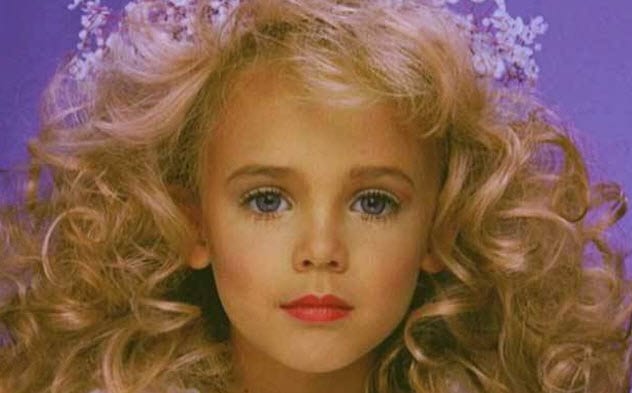 When JonBenet’s body was found, it showed signs of genital injury, including bloodstains in her underpants. Her vaginal opening was also twice the size of that of a normal six-year-old girl. According to some investigators, that didn’t happen from only one night of abuse.

At age three, JonBenet visited her doctor twice complaining about vaginal irritation and redness. This has been touted as a sign that she was sexual assaulted, although her doctor insists that the irritation came from her bubble bath.

More troubling, though, is the 911 call made from the Ramseys’ house three days before JonBenet’s murder. On December 23, 1996, someone called the police from the Ramseys’ home and then hung up before saying a word. The family wrote this off as “irrelevant,” but some have suggested that something might have been happening to JonBenet. 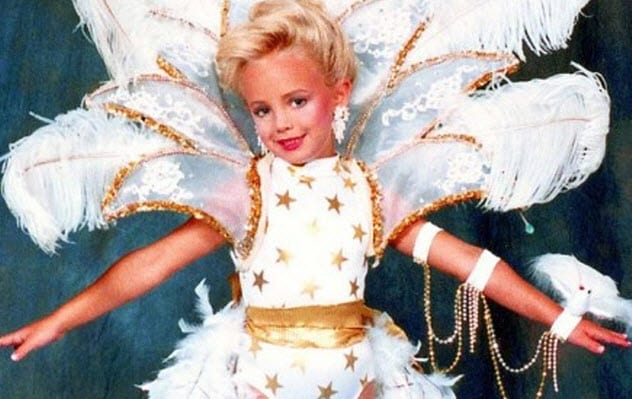 Patsy Ramsey had been a beauty queen who was in the running to become Miss America. She wasn’t the first beauty queen in her family, though. Her mother, Nedra Rymer, was crowned homecoming queen in 1952.

Nedra was reportedly furious when Patsy wasn’t crowned Miss America. So Nedra passed her dedication onto her granddaughter, JonBenet. Nedra liked to show off JonBenet to her friends by announcing, “This is my Miss America.”

According to a family friend, Nedra didn’t let JonBenet miss a pageant. The friend asked, “What happens if JonBenet wakes up and says, ‘Nope, I’m not going to be in a pageant tonight’?” Nedra supposedly told her: “We say, ‘You will do it.’ ” 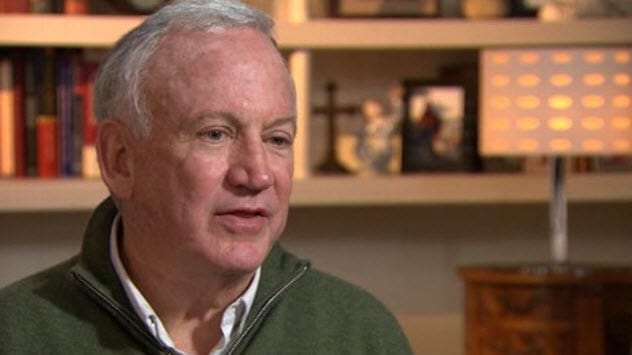 Years after JonBenet’s death, John Ramsey said, “I see her in shorts and a T-shirt and hair kind of scruffy and just kind of a kid.” In his memory, his daughter isn’t a pageant queen dolled up in makeup and dresses. He wrote that off as something Patsy encouraged “for fun.”

In an interview with Nightline, John recounted a story when JonBenet sat atop a car in the Christmas parade. “Patsy’s mother later told me that a strange man approached the car during the parade and it made her uncomfortable,” he recalled. “It makes me cringe.”

Burke seems to agree with his father. When asked about the murder by Dr. Phil, Burke suggested that the murderer was “some pedophile in the pageant audience.” 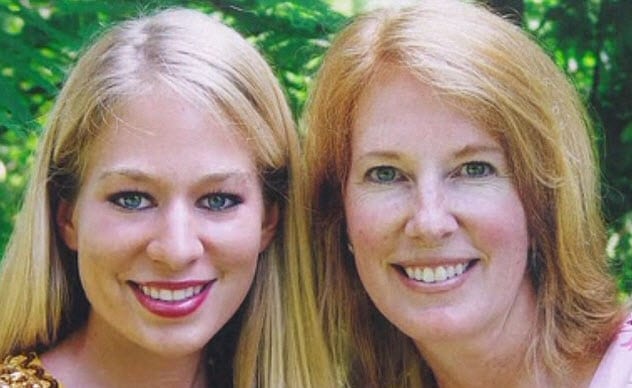 In 2005, the media went wild trying to solve the mysterious death of another young girl—Natalee Holloway. Like the death of JonBenet, theories sprouted everywhere. Also like the Ramsey case, some people suggested that Natalee’s mother, Beth Twitty, was too involved in the media.

After Patsy’s death from ovarian cancer, John Ramsey met Beth at a fundraiser and started dating her. The two initially insisted they were just friends, probably wanting to keep the media at bay. But they were spotted by paparazzi kissing and holding hands.

John and Beth’s relationship didn’t last long, though. “Beth was behind me in terms of the grief cycle,” John explained, suggesting that either he felt she was too emotional over her daughter’s death or she didn’t think he was emotional enough. 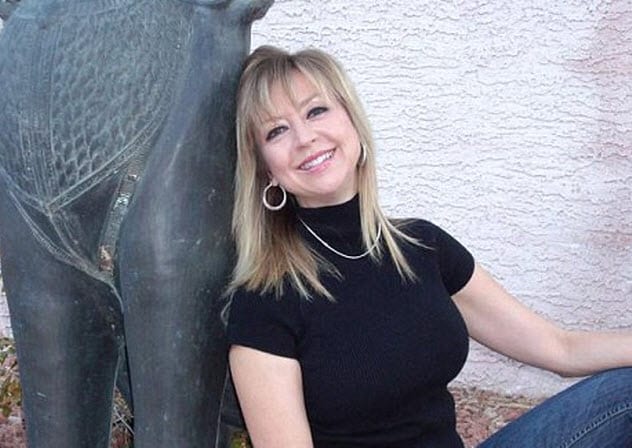 After Patsy’s death, John Ramsey got married again to a fashion designer named Jan Rousseaux. She and John had met at a wedding and starting chatting by text. Soon, John was traveling to Utah to be with her. Over breakfast at a resort, he handed her a diamond ring.

Marrying John Ramsey, though, isn’t as easy as marrying someone else. When Jan picked up the refitted ring from the jeweler, she claimed that the man behind the counter tried to talk her out of marrying John.

“Ramsey,” the jeweler said, looking over the documents in front of him. “It was the son that did it.” Jan insisted that Burke was innocent, but the jeweler wasn’t convinced. “Well,” he told her, “that family knows something they’re not telling.”

Undeterred, Jan married John Ramsey in a ceremony in front of all his family. 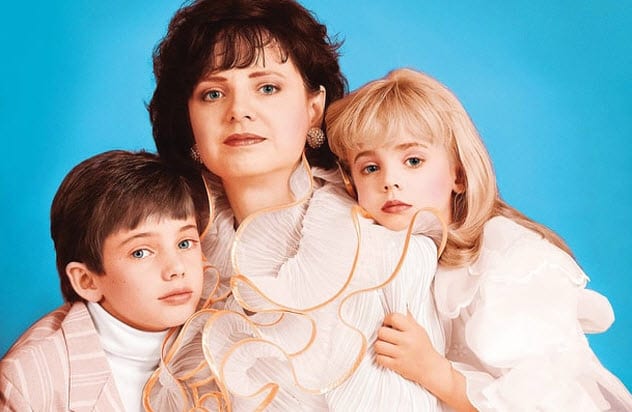 Before JonBenet’s death, Burke had a tendency to smear feces everywhere he could. Remnants of his work were found in the bathroom and even JonBenet’s bedroom, a discovery that led some to believe that he resented his sister and was behind her murder.

JonBenet also had a problem with regularly wetting the bed. Some have suggested that Patsy might have killed her in a rage over bed-wetting, while others have pointed out that bed-wetting can be a symptom of sexual abuse.

There’s a possible link between the two siblings’ problems, though, that usually doesn’t get mentioned. Patsy told police that she once found in JonBenet’s bed “fecal matter the size of a grapefruit on the sheets.” That might mean that JonBenet’s problem was worse than it seemed—or that her brother’s was.

1 Burke Smiles When He Talks About JonBenet’s Death

Thirteen days after JonBenet died, Burke Ramsey was brought in to speak with a child psychologist about what had happened. His sister had just been brutally assaulted and murdered inside his own home, but Burke was strangely untroubled.

He told the psychologist and police that his mother was “going psycho” looking for JonBenet and that “she was overreacting.” He seemed happy and carefree the whole time and joked about being too busy playing video games to worry about his sister.

Twenty years later, in an interview with Dr. Phil, Burke still smiled and laughed whenever he talked about his mother’s worries about JonBenet. More than a few people were unnerved.

“People are going to see this throughout the entire interview, a real unusual affect, either smiling or laughing,” Dr. Phil warned his audience. “This is a very socially awkward young man.”