Winston Churchill is a political hero, a Nobel Prize winner, and a man sure to be remembered for centuries as one of the greats.

Had the forces of Germany not risen up against Europe, Churchill might have become a man we remember a little differently. If you look past his witticisms and the war effort, you’re left with a man with deeply troubling views—who might not be the hero we imagine.

10 He Wanted To Let Gandhi Die 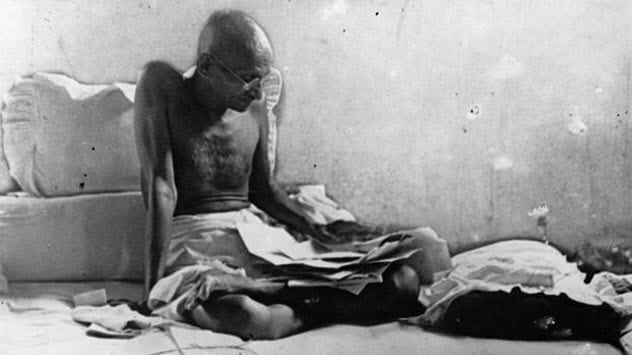 When Gandhi called for the independence of India, British soldiers arrested him in Bombay and threw him into prison. They ruled that his civil disobedience had become criminal, and they weren’t going to deal with him anymore.

Word got out, though, that Gandhi was considering a hunger strike—and the British had to decide what to do. If Gandhi starved to death in their custody, it would be a political nightmare, jeopardizing the British moral high ground.

Churchill, though, wasn’t concerned. He voted that they should simply let Gandhi “do as he likes” and starve himself to death if he wanted to.

Gandhi nearly did just that. He was ultimately released out of fear that he would die in a British prison. If Churchill had had his way, though, the story of Gandhi’s life would have ended in that cell.

9 He Let Millions Of Indians Starve To Death 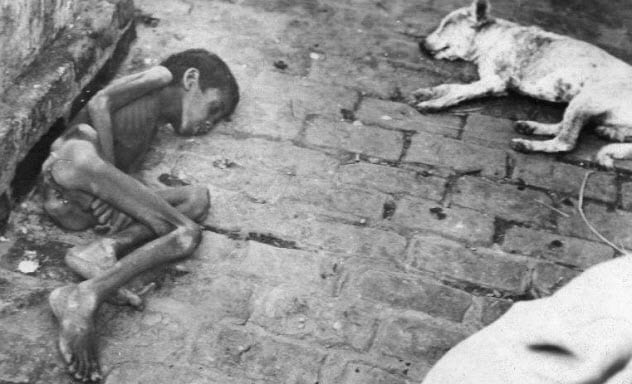 When World War II broke out, the war effort needed resources. In a time of desperate need, supplies meant for India were requisitioned for other uses and India found itself deprived of some resources it relied on. According to some historians, that decision might have been one of the biggest factors that sparked the devastating Bengal famine of 1943.

When notified of the famine, Churchill responded, “Then why hasn’t Gandhi died yet?”

The famine, Churchill insisted, was India’s fault for “breeding like rabbits.” He refused requests to send food, both from India and from within his own government. “I hate Indians,” Churchill said. “They are a beastly people with a beastly religion.”

By the end, the famine took three million lives, more than six times higher than Britain’s casualties in all of World War II. 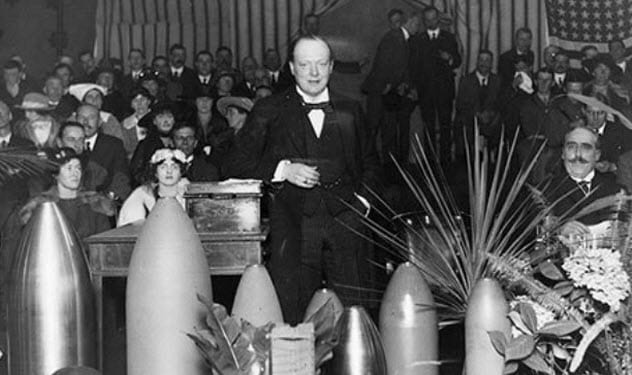 When Churchill was the Secretary of State for War, the Kurds were rebelling against British rule. Churchill had a major role in keeping them under England’s thumb.

Churchill’s plan to deal with the rebellion was to bombard the Kurds with chemical attacks. In his arsenal, he had gases that would make victims cough up blood and vomit uncontrollably, and he saw no reason not to use those weapons.

“I am strongly in favor of using poisoned gas against uncivilised tribes,” Churchill wrote in a letter that accused those who didn’t want to poison the Kurds of being “squeamish.”

Most evidence seems to suggest that he was shut down, and the Kurds were fought in conventional ways. There are, however, some unproven claims that chemical weapons were deployed and that Churchill was able to take care of the “uncivilised tribes” just the way he wanted.

7 He Blamed The Rise Of The USSR On Jews 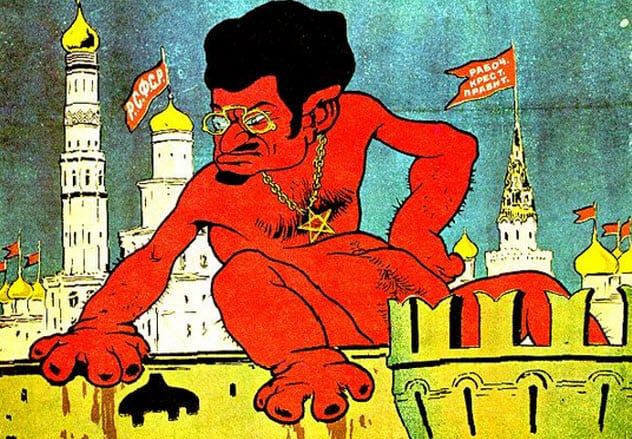 Churchill wrote an article called “Zionism Versus Bolshevism” in 1920, intent on comparing the differences between “good and bad Jews.” In part, he argued for the return of “good” Jews to Israel. But the other part about “bad Jews” reeked of crazy anti-Semitic conspiracy theories.

First, Churchill blamed Jews for the Soviet Union: “There is no need to exaggerate the part played in the creation of Bolshevism by Jews.” Churchill went on to accuse Jews of being the root of other problems throughout history. For example, he wrote that Jews had an “evil prominence” when socialist Bela Kun ruled Hungary.

He even complained about the influence of Jews in Germany. Jews, he claimed, had been “allowed to prey upon the temporary prostration of the German people”—a complaint that sounds disturbingly familiar when seen through the lens of what the next few decades brought to Germany’s Jews. 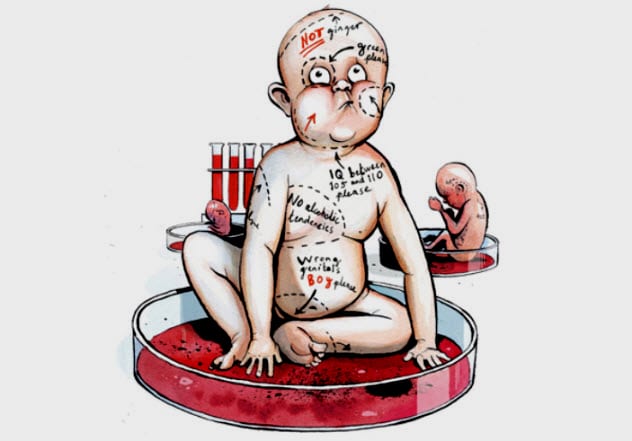 As a young man, Churchill proudly declared, “The improvement of the British breed is my aim in life.” This wasn’t a statement about his desire to expand territory or improve social policies. He was talking about eugenics.

Churchill was a strong supporter of sterilizing what he called “the unfit” to cut them out of the gene pool. He wrote that the mentally handicapped and unwell “constitute a national and race danger which is impossible to exaggerate.”

In 1907, he supported a recommendation to sterilize the mentally handicapped—and he didn’t stop there. There are countless letters from Churchill in which he asked for recommendations on the best ways to keep unfit people from breeding.

5 He Believed In Racial Hierarchies 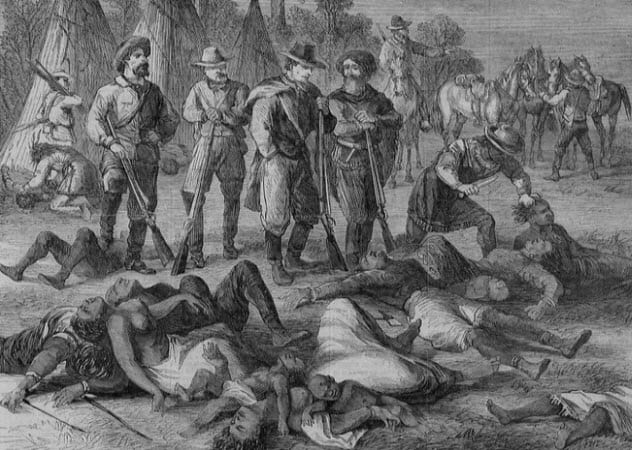 Churchill viewed the world as a hierarchy of races. Whites, he believed, were on top as the best of all races. Somewhere below them were Indians, and somewhere near the bottom were Africans. It was a worldview that infected all his dealings with India and the British colonies. It also led him to believe that some truly terrible things were justifiable.

For example, Churchill expressed that the genocide of the indigenous people of America and Australia was not “a great wrong.”

4 He Wanted To Use ‘Keep England White’ As A Slogan 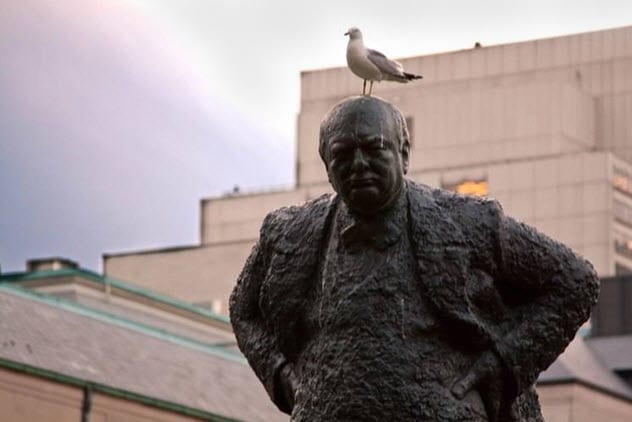 In his later years, Churchill focused on keeping black-skinned immigrants from the West Indies out of England. In fact, he took it so seriously that he suggested changing his campaign slogan to “Keep England White” in his last days of power.

He had a history of making comments that were less than sensitive to other races, especially toward black people. When he received word that a black colonial official was refused service at a restaurant, for example, Churchill quipped that the man should bring a banjo so that they would “think he’s one of the band.”

When he heard that the measles were creating a high mortality rate for black people, Churchill again responded with a quip. “Well, there are plenty left,” he joked. “They’ve got a high rate of reproduction.”

3 He Covered Up The Katyn Massacre 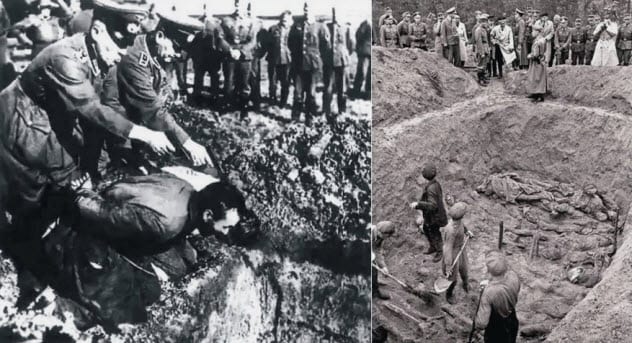 In 1940, the Soviet army committed a mass execution of Polish nationals. The dead bodies were buried in mass graves, and the Soviets did everything they could to keep anyone from finding out.

They got a little help, though, from Winston Churchill. When rumors of the massacre spread to him, he suggested letting the matter drop. “If they are dead,” he said, “nothing you can do will bring them back.”

This was a time of war, and Churchill needed Soviet support. Also, if word got out that his allies had unnecessarily massacred thousands, the foundation of his moral high ground would crack and weaken.

He swore a promise of silence to the Soviet ambassador. “We shall certainly oppose vigorously any investigation by the International Red Cross,” Churchill said, sealing a deal to keep the mass murder under wraps.

2 He Planned A Surprise Attack On The Soviets 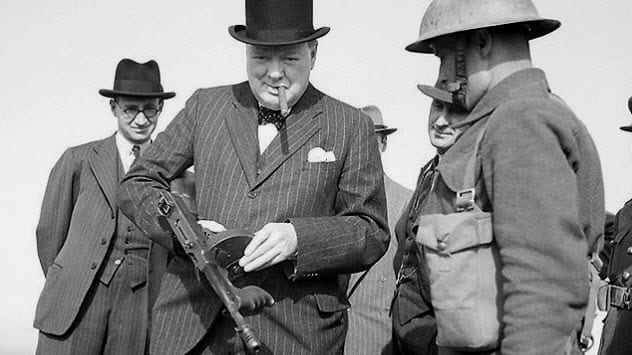 Churchill didn’t like the Soviets or Stalin. When their armies moved through Europe and into Berlin, Churchill thought the best thing to do was to surprise them—by completely switching sides.

Churchill suggested allying with the remaining German army to launch a surprise attack against the Soviets. If it had been carried out, his plan would have been one of the strangest alliance shifts in history. It appropriately took the name “Operation Unthinkable.”

As much of a threat as the Soviets were, few agreed with Churchill’s plan. He was accused by the Chief of the Army of simply “longing for another war.” The United States also made it clear that they would have no part in the plan. All projections saw a complete loss for Britain if they tried it—and so Churchill’s unthinkable plan never went into motion.

1 He Said That Britain ‘Should Find A Hitler’ 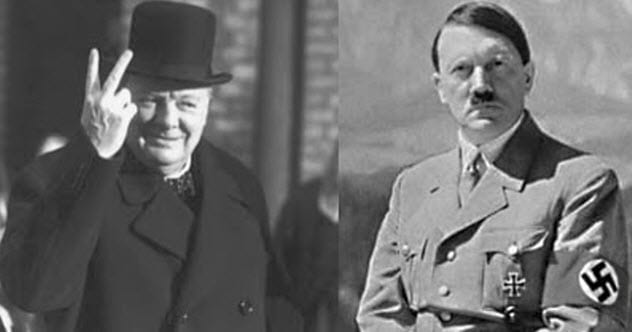 In November 1938, Hitler had already started to exert his influence to increase the German territory and had mounted pressure on Czechoslovakia and Spain. Jews had been expelled from the country, and Jewish businesses were burned to the ground.

In an open letter to Hitler, Churchill called on Hitler to quell his military ambitions, responding to the signs that he was planning to declare war on the nations of Europe.

As to the rest of Hitler’s worldview, Churchill gave a surprising ring of support. “I have always said,” he wrote, “that if Great Britain were defeated in war, I hoped we should find a Hitler to lead us back to our rightful position among the nations.”

Hitler’s military ambitions were a problem for England. But his social policies, Churchill felt, were understandable—and even something to be admired. 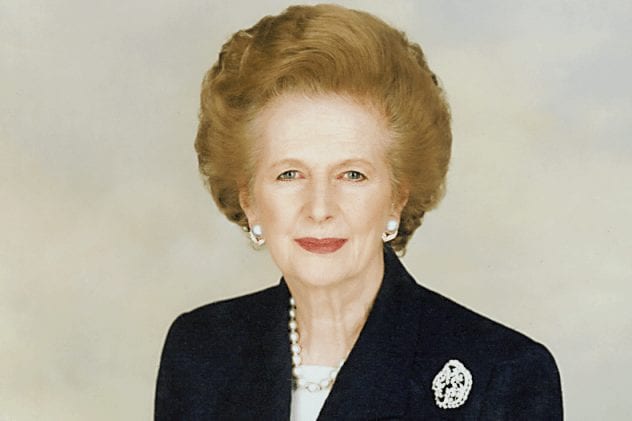 Well it is politics season so you can forgive us for publishing more on the subject . . . but at list this has a historical slant! Anyway, here is some more great stuff from the archives: