Corpses have a way of popping up in gangland, and disposal is imperative. Varying strategies have been developed. Some are ingenious. Others are foolhardy or ripped straight out of movies. These tales of grisly gangland corpse disposals not only remind us of our own mortality, but they reveal the evil lurking in the heart of man. 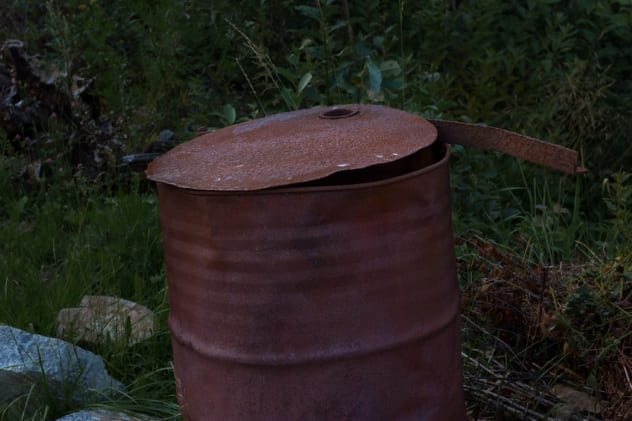 In 2009, Santiago Meza Lopez was arrested by Mexican authorities for dissolving hundreds of corpses in caustic acid on behalf of a Tijuana drug kingpin. He was known as “Stewmaker” or “El Pozolero”—after a Mexican stew of hominy and pork. Authorities say Lopez was working for Teodoro “El Teo” Garcia Simental, an infamous trafficker vying for control of the Arellano-Felix cartel.

Authorities explained Lopez’s gruesome recipe: “Fill a drum with 200 liters of water and then put two sacks of caustic acid, put it over a fire and when it started to boil, put in the bodies.” The remains cooked for eight hours, leaving only teeth and nails. After cooking, the oddments were transferred to a plastic tub and burned. Meza, a former truck driver, had been doing this job for nine years. He was paid $600 a week for his grisly work. 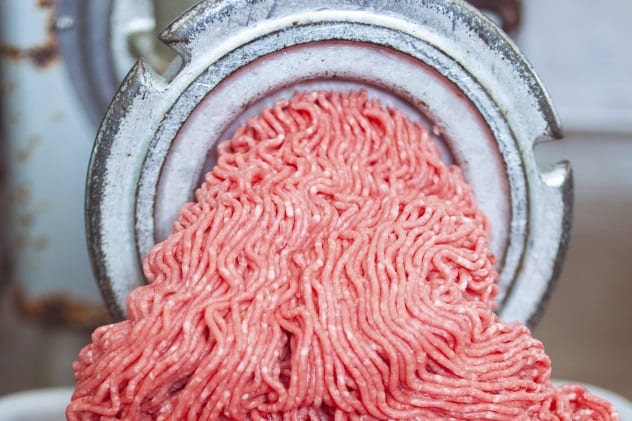 Serbian gangsters from the infamous Zemun Clan murdered and ate a member who betrayed them. Authorities believe that Milan Jurisic was beaten to death with a hammer, skinned, and ran through a meat grinder before his associates feasted on his flesh. Lurid accounts suggest they made a mask out of his face. Jurisic was on the run in Spain and had been convicted in absentia for the 2003 killing of Serbian prime minister Zoran Djindjic.

The gruesome story broke when fellow Zemun Clan member Sretko “The Butcher” Kalinic was arrested in Croatia in 2012 and confessed to the crime. Authorities believe that Luka Bojovic led the cannibal gang. The Zeum Clan disposed of Jurisic by dumping him in Madrid’s Manzanares River. So far, 50 bones have been pulled from the waterway. It is uncertain whether they belong to Jurisic. 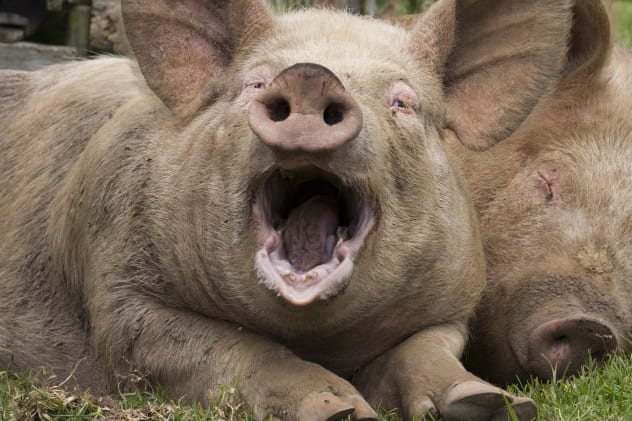 According to Italian authorities, gangster Francesco Raccosta was beaten with a spade and fed alive to hogs. The murder was part of a 60-year blood feud between rival factions of Calabria’s ‘Ndrangheta mafia. Days earlier, rival boss Domenico Bonarrigo was murdered. Raccosta’s fate is believed to have been in direct retaliation. He went missing in 2012, and his body has never been found.

Police made their breakthrough when they intercepted a telephone call from Simon Pepe, age 24. Pepe bragged about the gruesome disposal of his rival:

It was satisfying to hear him scream. Mama mia, how he squealed [ . . . ] Someone said a few bits of him remained at the end of it all, but I couldn’t see anything.

Pepe is suspected in at least three murders, including Raccosta’s father, Vincenzo. “Operation Erinni” was launched to investigate the ‘Ndrangheta’s role in cocaine trafficking, extortion, and legitimate businesses. €70 million of property and assets were siezed. 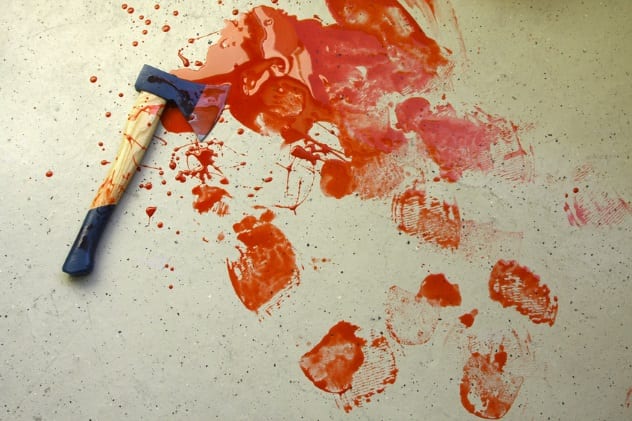 While many underworld body disposal experts attempt to eliminate all evidence of corpses, Chucho was known for arranging corpses into horrific displays. He propped up six people with slit throats in lawn chairs around the Presidential Monument. He also defiled a church in Zacan with four severed heads in a sack.

Founded in 2010 by members of La Familia Michoacana, Los Caballeros Templarios deal in murder, kidnapping, extortion, and drugs. They exploit Michoacan’s 270 kilometers (168 mi) of coastline to smuggle chemical precursors for synthetic drugs into Mexico. Civilian vigilante groups have begun to arm themselves to fight against the flamboyantly violent cartel. 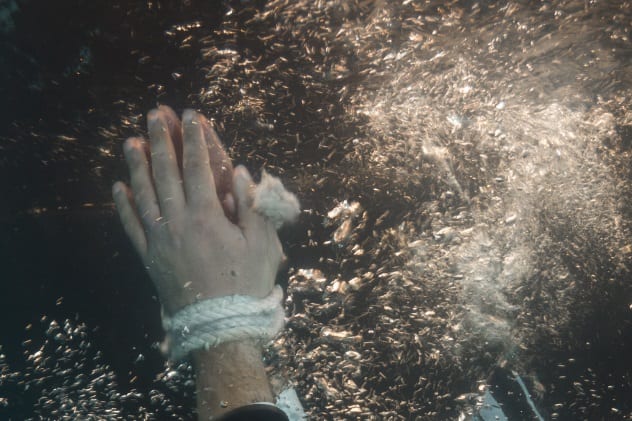 In 2016, the body of Peter Martinez washed up along Brooklyn’s Sheepshead Bay. His face was wrapped in duct tape, and his feet were encased in concrete. The cause of death was asphyxiation, and it was ruled homicide. Martinez was a member of the G Stone Crips and had two prior convictions for fraud and narcotics. Sources say Martinez owed someone money and had been missing for three weeks when he was discovered.

According to legend, “cement shoes” have been a preferred Mafia disposal method for decades. However, there is little evidence to support this. Authorities suspect that Martinez’s murderers were amateurs imitating Mafia movies. Air bubbles in the concrete probably prevented the body from sinking. 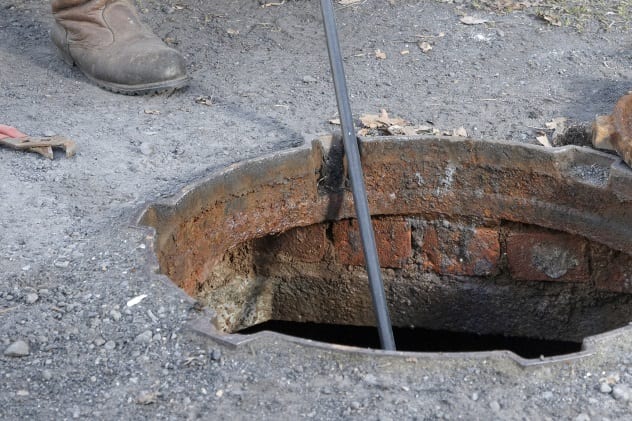 In 2014, workers in Arizona’s Pinal County were called in to investigate a clogged septic tank. They discovered the problem’s grisly source—a human skull. Authorities combed through the waste and discovered a complete skeleton as well as a few extra finger and foot bones.

The skull became the cornerstone to a cold case going back six years. In 2009, hikers discovered dismembered remains in a shallow grave not far from the septic tank. Originally labeled John Doe, Baltazar Lopez’s identity was soon revealed after the septic tank discovery.

The remains in the septic tank belonged to Azaren Cordova. He and Lopez were last seen together in Lopez’s truck. In 2008, the truck was found burned out five days after their disappearance. Both corpses bore the same violent trauma and dismemberment patterns. They were hacked apart by an axe or a machete and beheaded. According to Phoenix police, Lopez was a drug trafficker with ties to the Sinaloa cartel. 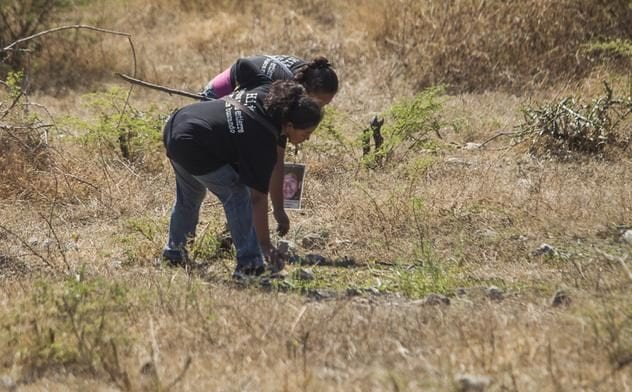 In 2014, 43 student teachers went missing in Guerrero, Mexico. The incident began when the students clashed with police in the town of Iguala. Many believe they were arrested and handed over to a cartel.

Relatives have taken up the search with little government assistance. So far, they have uncovered 60 clandestine graves containing 129 murder victims. In one grave, bodies were dumped on top of branches and tree trunks, doused in accelerant, and set on fire. None of the corpses recovered are believed to be the students.

More than 20,000 people are missing in Mexico, and the number is disproportionately high in Guerrero. The state is a major opium producer, making it a battleground for cartels. Many suspect that the students were mistaken for a rival cartel. Guerrero is policed in many parts by vigilante groups with ties to guerilla groups. The state is also rife with ancestral land conflicts and illegal logging and mining. 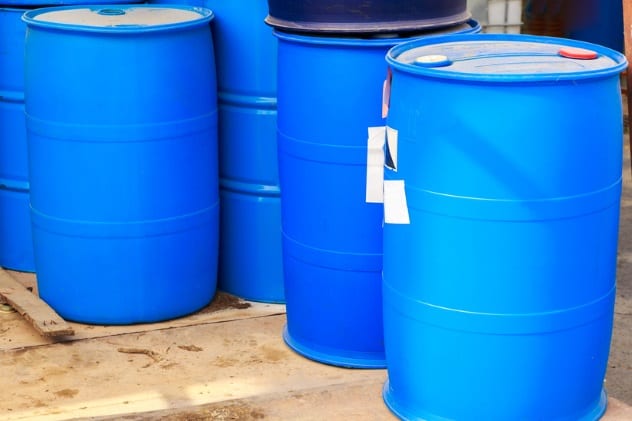 In 1999, workmen discovered the corpse of Floyd Dodson in a barrel. The sealed container was found in a hedgerow along a country lane in Pendeford, England. Dodson was so badly decomposed that authorities had to use credit cards to make identification.

Nigel “Chrome” Brade, a central member of an international drug ring, was convicted of manslaughter for the killing. Dodson, originally from Guyana, was believed to have supplied Brade with drug mules, transporting cocaine between South America and the UK.

No one will ever know what transpired between Brade and Dawson. Many suspect Brade confronted Dodson about drugs or money. Dodson was likely attacked and restrained. He died of a heart attack, most likely helped along by a cocaine-induced heart condition. Justice Roderick Evans indicated that Brade “put pressure on Dodson and did it illegally.” 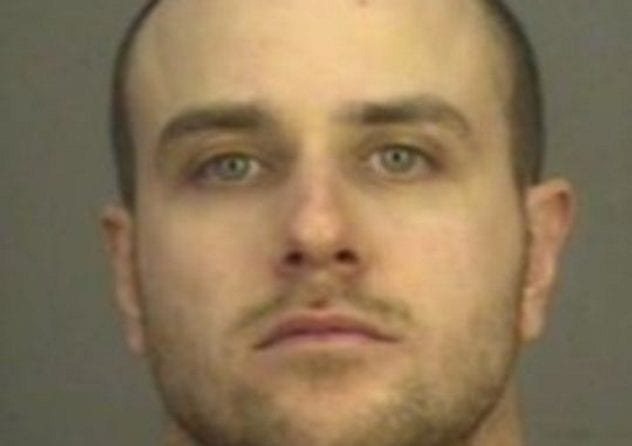 Photo via the Democrat and Chronicle

In June 2016, authorities indicted two brothers and their mother for a string of homicides. James Kendrick (pictured above), Paul Plaza, and their mother, Jeanine Plaza Pierce, allegedly ran a drug ring and murdered anyone who showed a hint of disloyalty.

One of their alleged victims was Ryan Cooper. He disappeared in 1999 and has yet to be found. According to authorities, Cooper was angered by the family’s murder of a colleague and threatened to go to the police. On Kendrick’s direction, Cooper was killed, dismembered in a bathtub, and ground in a wood chipper.

Recent reports allege that teamster Jimmy Hoffa was disposed of in the same way. Hoffa’s burying place has long been considered one of the greatest mysteries of US organized crime. An inside source indicated he was garroted in the back of a car by rival Anthony “Tony Pro” Provenzano before being run through a wood chipper, and there is no body to find. 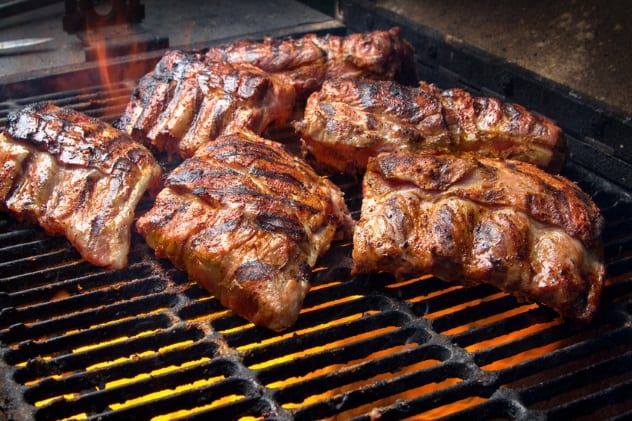 In 2014, leaders of the Los Palillos drug trafficking gang were accused of bringing cartel-style violence to the streets of San Diego. Jorge Rojas Lopez, Juan Estrada Gonzalez, and Salvador Moreno pleaded guilty to multiple homicides in order to avoid the death penalty.

Los Palillos, an offshoot of the Tijuana cartel, moved operations north after fracturing within their organization. Their specialties were drugs, kidnapping, and murder. “Los Palillos” means “the toothpicks”—a grisly calling card that they leave next to their victims. These trained killers recruited body disposal experts from Mexico. One of their favorite techniques—dissolving bodies in lye.

The bodies were disposed of in a pair of 210-liter (55 gal) barrels of lye in the gang’s Paradise Hills house. While the bodies dissolved over two days, gang members would barbecue meat outside to cover the stench. Between 2004 and 2007, Los Palillos allegedly killed nine individuals and attempted to murder a Chula Vista police officer.