Japan is one of the most peaceful countries in the entire world. Last year, the country hit a record low number of crimes, with just 915,111 in total.[1] Much of this decline was based on a shrinking number of thefts. It therefore seems that most of Japan’s crime is associated with some form of larceny.

Way back in 2000, robbery might have been the motivation for an even more disturbing crime—the murder of an entire family. In a country where mass homicides are rare, the murder of the young Miyazawa family shocked Japan to its core. Despite a massive manhunt and countless hours of investigation, the Japanese police never managed to apprehend the man responsible for the brutal slayings.

The following list discusses in-depth one of the Far East’s most puzzling murder mysteries. 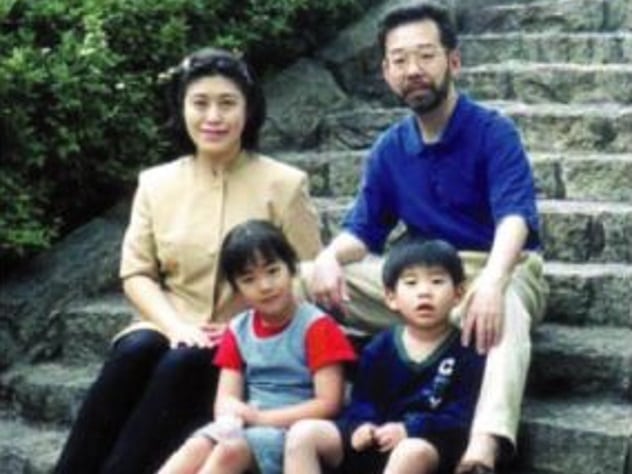 On December 30, 2000, the Miyazawa family enjoyed a quiet evening at home. It was the time of the New Year, which is a very, very big deal in Japan. The father, 44-year-old Mikio Miyazawa, briefly surfed the Internet while his wife, 41-year-old Yasuko, watched television. Yasuko was joined by her daughter, eight-year-old Niina. The family’s other child, six-year-old Rei, was by himself upstairs.

The family’s home was located in the Setagaya section of Tokyo. While Tokyo is one of the largest and busiest cities in the world, Setagaya is somewhat reclusive and definitely quiet. The Miyazawa family only had two neighbors.

The next day, on December 31, Yasuko’s mother called upon her daughter and grandchildren. When no one answered her repeated calls on the home’s intercom system, she used a key to let herself into the home. To her horror, she found Mikio’s corpse. He had been stabbed to death.[2] The other members of the family were also found dead by the traumatized grandmother. 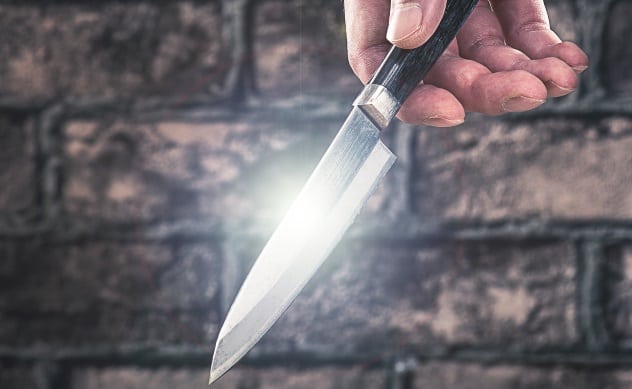 At 10:38 PM on the night of the murders, Mikio Miyazawa opened up a work e-mail while using the family’s computer. Since this e-mail was password-protected, police investigators deduced that Mikio was definitely the individual who opened it. This is the last known time that Mikio Miyazawa was still alive.

Once the Tokyo Metropolitan Police entered the Miyazawa home on December 31, they discovered that the killer or killers had cut the family’s phone lines and had entered the home via an upstairs window. They also noted that Mikio had been strangled and stabbed multiple times and was found lying at the foot of the staircase leading to the home’s second floor. On the second floor, the bodies of Yasuko and Niina were found. Both had died from multiple stab wounds. Investigators noted that Yasuko and Niina’s wounds were more “savage” and plentiful than the stab wounds found on Mikio’s corpse. This lead them to suspect that the killer harbored a hatred toward women.

Unlike the others, Rei had been strangled but not stabbed. The killer likely murdered Rei first, for the grandmother found him dead in his own bed. 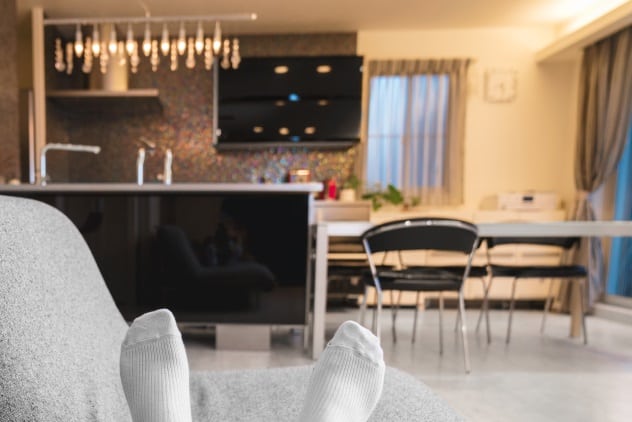 Unlike other unsolved murders, the man responsible for the Setagaya murders left behind a lot of evidence. First and foremost, in the house’s bathroom, police found feces that the killer had left behind. This feces contained traces of sesame seeds and string beans. This food was considered an indication of a “momma’s boy,” and some detectives suspected that the killer was someone who lived with his mother.[4]

Investigators also discovered the startling fact that the killer spent hours in the family’s home after committing the murders. He ate food from the family’s kitchen, he looked at websites bookmarked on the family’s computer, and he left behind clothes. Police found that the killer’s clothes had been purchased in Kanagawa Prefecture but had been washed in a manner that was not common in Japan. This latter fact led many to believe that the killer was a foreign national. 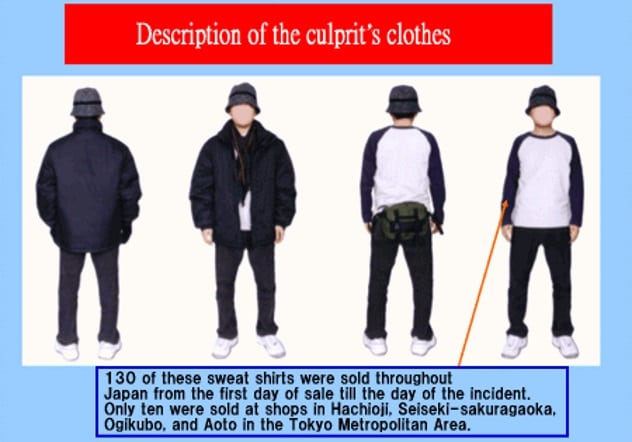 Since 2000, the Tokyo Metropolitan Police have handled 12,545 pieces of information relating to the murders. A large portion of this information has concerned the appearance of the killer. Currently, police in Japan are offering a reward of three million yen for any information that leads to the capture of the murderer.

So far, this is what is known about the suspect: On the day of the murder, the one eyewitness who reported seeing a strange man near the Miyazawa house said that the man wore a gray, woven yarn hat featuring a black line, a fanny pack, a scarf featuring a green, red, black, orange, and dark blue pattern, a black Uniqlo jacket, black gloves, a long-sleeved T-shirt, and white Slasenger shoes that had been made in South Korea.[5] The killer had also carried a sashimi knife into the house in order to carry out the murders.

One of the more interesting facts about the case concerns the DNA evidence recovered from the crime scene. The killer had type-A blood, which, upon further analysis, showed that he had a mother of European origin. Specifically, forensic testing showed that the mother was from Southern Europe, possibly somewhere around the Adriatic Sea. The killer’s father, however, was from Northeastern Asia. The father’s DNA was found to be shared with one in four or five Koreans, one in ten Chinese, and one in 13 Japanese.

6 The Story Of The Cab Driver 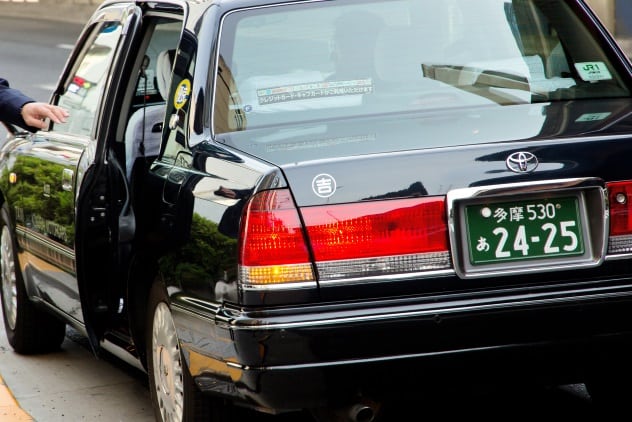 One of the strangest stories connected to the murder of the Miyazawa family comes from a cab driver who picked up several middle-aged men on December 30. The unnamed driver told the Tokyo Metropolitan Police that he picked up three men in total, and all of them were above the age of 30. One of these men, the driver said, left behind traces of blood in his car’s back seat.[6] The driver also said that none of the men talked during the entire drive.

Despite blood evidence found at the crime scene (the killer somehow managed to receive a wound to his hand during his attack), and despite blood found in the back seat of this taxicab, the Tokyo police have yet to connect anyone to the murders. 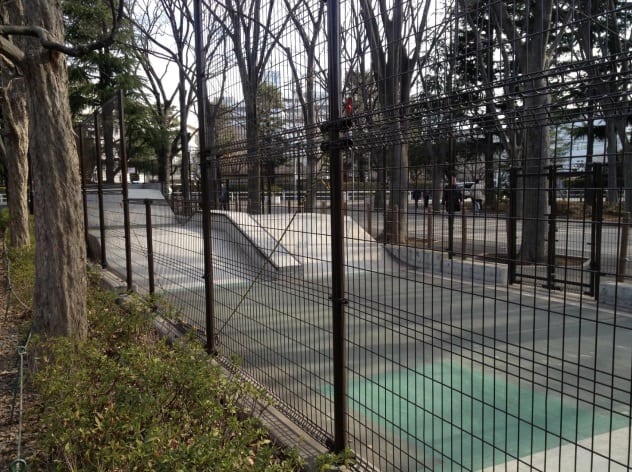 Prior to the murders, Mikio Miyazawa had engaged in several heated arguments with young skateboarders who frequented the skate park behind the family’s house. In particular, eyewitnesses said that Mikio often confronted the teenage skateboarders for making too much noise. One eyewitness also said that Mikio had done the same thing to members of a local motorcycle gang who were hanging out in the skate park.[7]

Some detectives suspected that one of these aggrieved skateboarders may have taken revenge on the Miyazawa family. After all, the description of the suspect does fit the stereotypical image of a skateboarder. However, despite this, some have a hard time believing that a few arguments in the weeks prior to December 30 would lead to such a gruesome outcome. 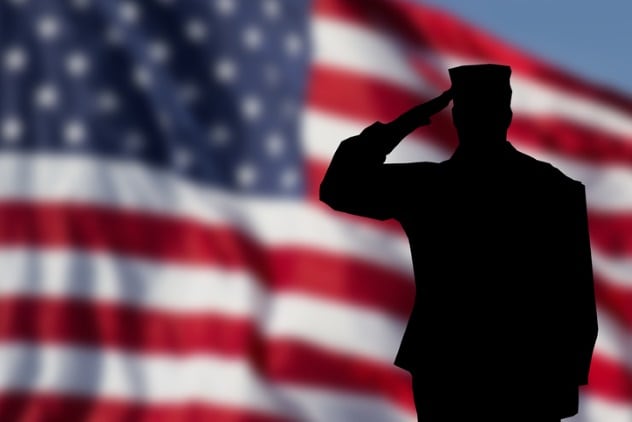 Right now, there are some 50,000 US military personnel stationed in Japan. The American military presence in Japan has been constant since the end of World War II, and sadly, during that time US soldiers, Marines, sailors, and airmen have committed rapes and murders.[8] Given this ugly history, and given the suspect’s mixed-race heritage, some have suggested that the killer was either an American soldier or some contractor working on a nearby American military installation.

It would not have been hard for an American serviceman to reach the Miyazawa house from Tokyo, for the family’s house was located close to several train stations, most of which had service to downtown Tokyo. 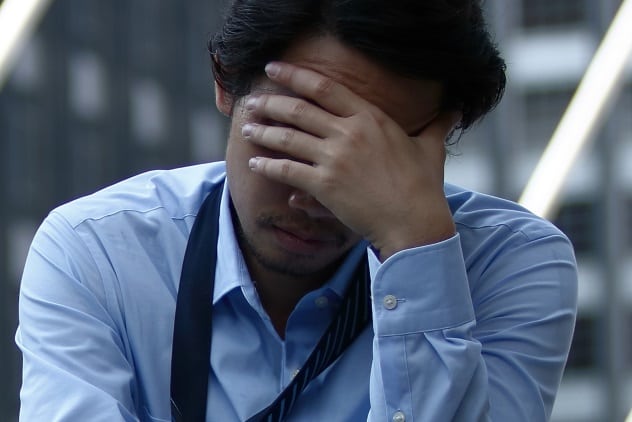 In 2018, the Japanese authorities released more information about the prime suspect in the Setagaya murders. First of all, the killer’s fanny pack contacted trace amounts of sand, indicating that he spent a lot of time outside. Also inside the fanny pack was a fluorescent pen. Finally, the police have concluded that the murderer was somewhere between 15 and 20 years old.[9]

While Japan is often upheld as an example of restrictive immigration, the country has had a problem with illegal immigration, most of it coming from Northeast and South Asia, since the 1980s. It is possible that the killer was an illegal immigrant or a drifter who utilized Japan’s excellent train service in order to commit crimes and then escape somewhere else, maybe even another country.

There is also the possibility that the killer was an unemployed young man. During the 1990s, Japan entered its “Lost Decade,” a period of economic depression that saw a rise in youth unemployment. In the year 2000, Japan’s overall unemployment rate was above four percent and remained so throughout the decade. However, the crash of several Japanese banks and the imposition of heavy debt burdens on Japanese companies meant that obtaining credit became harder for the average Japanese citizen. Wages also stagnated, and consumption levels declined. All of this means that some unknown and underpaid or unemployed young man may have carried out the murders out of a desire for revenge. 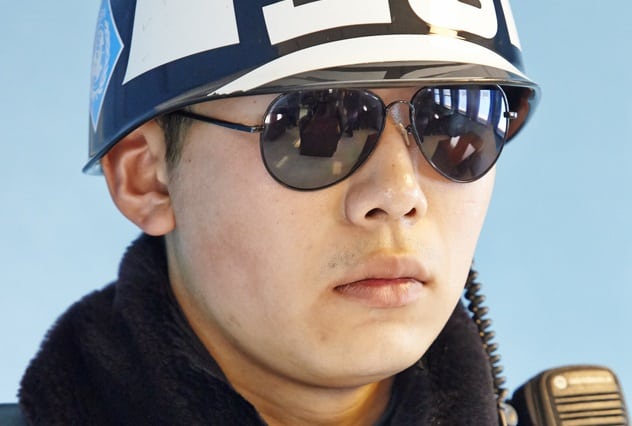 There is a lot of circumstantial evidence indicating that the murderer may have been a South Korean citizen. First of all, most people who share the killer’s paternal DNA are ethnically Korean. Also, forensic testing of the clothes left behind by the killer at the crime scene indicated that they had been washed with mineral-rich hard water, a type of cleaning water common in South Korea but uncommon in Japan.

In 2015, Japanese true crime author Fumiya Ichihashi released a book claiming that he had uncovered the killer’s identity. The author noted that police detectives had found soil at the crime scene that was traced back to the province of Gyeonggi in South Korea. Also in his book, Ichihashi, who calls his main suspect “R,” says that the killer had once served in the South Korean military.[10] Ichihashi’s book says that R’s fingerprints, which were obtained by the author, are a match with the fingerprints left behind by the killer at the crime scene. 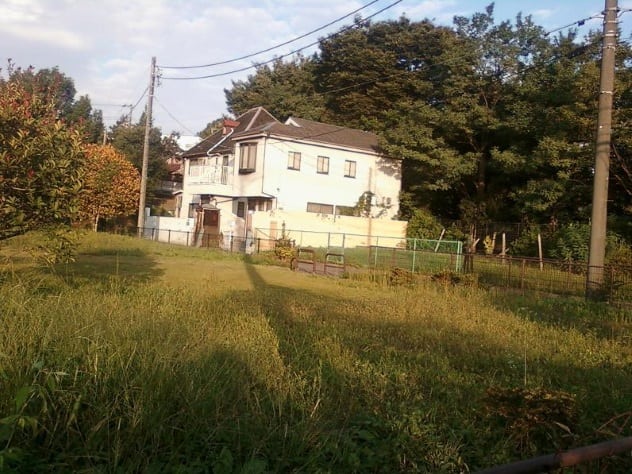 One of the more aggravating aspects of this case is its seemingly random nature. That being said, some have offered motives for the crime, from the personal to the financial. Tokyo detectives have argued that the killer may have been a sexual predator and a misogynist, given the bloodlust evidenced in the murders of Yasuko and Niina. Others have argued that the killer was motivated by revenge, either because Mikio had dressed him down in the past or because he hated the family for their financial success.

Fumiya Ichihashi has claimed that the Miyazawa family were killed because of money. Specifically, because the municipal authorities planned on expanding a nearby park, each family in the area was offered up to 100 million yen to move.[11] While this theory is tantalizing, the killer did not steal much from the Miyazawa family’s home. Furthermore, the killer’s decision to linger in the family’s home for hours, and the fact that he discarded several personal items there, suggests that robbery was not his motive.

Read about more creepy unsolved murders on 10 Terrifying Facts About The Cleveland Torso Murderer and 10 Haunting Facts Of The Doodler Of San Francisco.