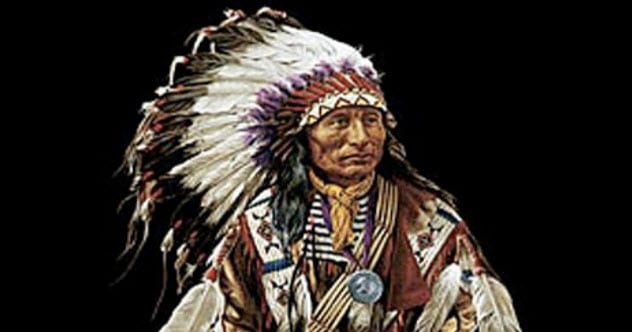 When John Smith first arrived in America, he landed at Chesapeake Bay. However, the Chesapeake tribe, who had given the bay its name, was nowhere to be found. Instead, Smith met Pocahontas’s father, Chief Powhatan.

Powhatan led a confederacy of 30 tribes and 15,000 people that spanned across the area of modern Virginia. He was an extremely powerful man who was capable of terrible things.

A year before Smith had arrived, Powhatan’s priests had prophesied that a nation would arise from Chesapeake Bay that would “dissolve and give end to his empire.” At that time, only a small tribe of 300 to 400 peaceful people lived around Chesapeake Bay.

Powhatan assumed that the prophecy was a warning about them. So he and his 30 tribes rounded up every man, woman, and child in the Chesapeake tribe and systematically murdered them. 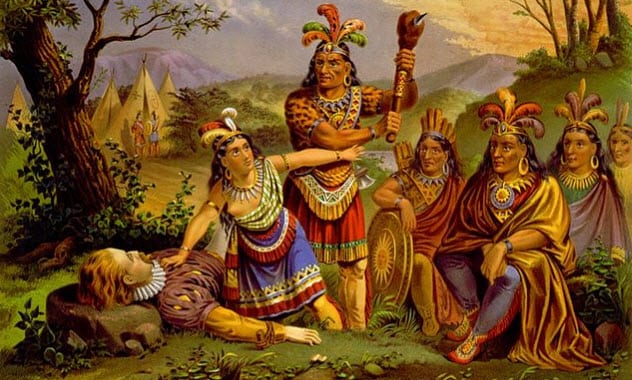 When Pocahontas met John Smith, she was 11 years old and John Smith was 28. There was no romance between them. That was a fictional tale that grew from a story Smith told about Pocahontas saving his life.

Powhatan was worried about the Europeans encroaching on his territory. So his brother, Opechancanough, captured Smith and brought him to the chief. There, Powhatan put Smith’s head on a block and prepared to beat his brains in. Smith was saved when Pocahontas threw herself into harm’s way and pleaded with her father to let Smith go.

The story was later rewritten into a romance, but it was nothing more than sympathy. Some historians have even suggested that Smith may have made up the story to take advantage of Pocahontas’s popularity with the English.

8 John Smith And Powhatan Threatened To Kill Each Other 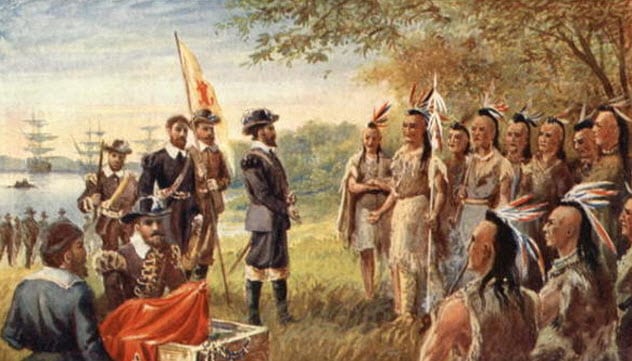 Smith arrived with a group of English gentlemen who weren’t used to working—and some who flat-out refused to do so. The English settlers literally wouldn’t plant a crop to save their own lives. As hard as Smith tried to get them to work, the group started to starve.

Smith’s only option was to barter with Powhatan, but Powhatan refused. He pretended he didn’t have any food to share, hoping to starve Smith and his men out of the country. In the end, Smith got Powhatan to cooperate by threatening his life.

“The weapons I have can keep me from want: yet steal, or wrong you, I will not,” Smith told Powhatan, “unless you force me.”

Powhatan didn’t take the threat lightly. He planned a surprise attack to kill Smith in retaliation and only gave up the plan because Pocahontas warned the settlers before Powhatan could strike. 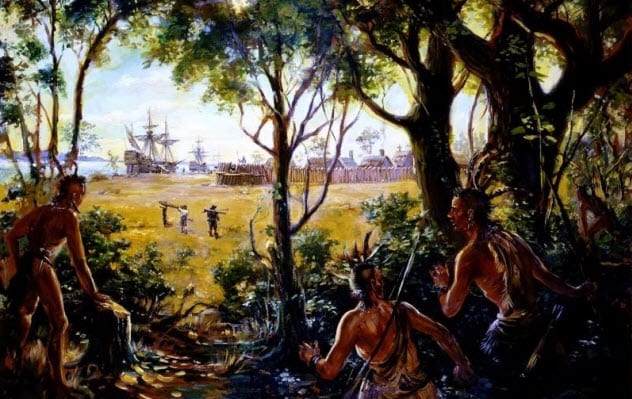 In the Disney film Pocahontas, John Ratcliffe is depicted as a greedy villain. But the real Ratcliffe was a well-liked, generous man. After Smith was injured in an accidental explosion and had to return to England, Ratcliffe was given command—and he paid a terrible cost for the responsibility.

With Smith gone, Powhatan stopped sharing crops with the settlers, once again hoping to starve them out. The settlers blamed Ratcliffe and accused him of keeping a secret hoard of food for himself.

When Ratcliffe finally convinced Powhatan to share his corn, Ratcliffe thought he’d saved his people. Instead, he and the men who went to pick up the corn were ambushed by tribal warriors. The warriors killed every man except for Ratcliffe, who was stripped naked, tied to a tree, and slowly burned and flayed alive.

6 Pocahontas Was Kidnapped And Raped 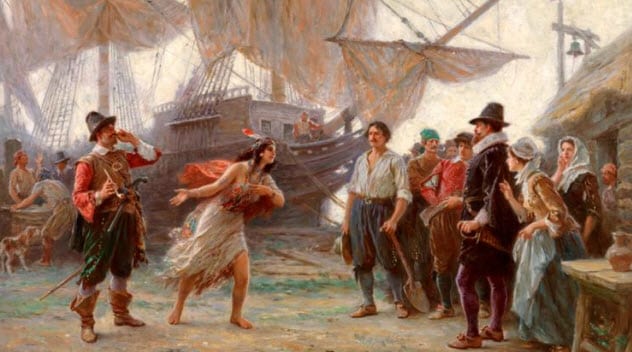 The settlers and the tribes broke into an all-out war. People died and did terrible things on both sides—until Pocahontas was kidnapped.

A European called Captain Argall captured Pocahontas, hoping that he could trade the chief’s daughter for prisoners and weapons. Argall killed her husband, Kocoum, and tried to slaughter her baby son, who only survived because another woman hid him. Pocahontas was brutally raped and then dragged to Europe and forcibly trained in European culture and religion.

Powhatan gave into Argall’s demands. Powhatan released the prisoners and returned the stolen weapons, hoping to see his daughter alive again. But Argall didn’t honor his part of the deal. Pocahontas was kept in Europe and never told that her father had agreed to the trade. 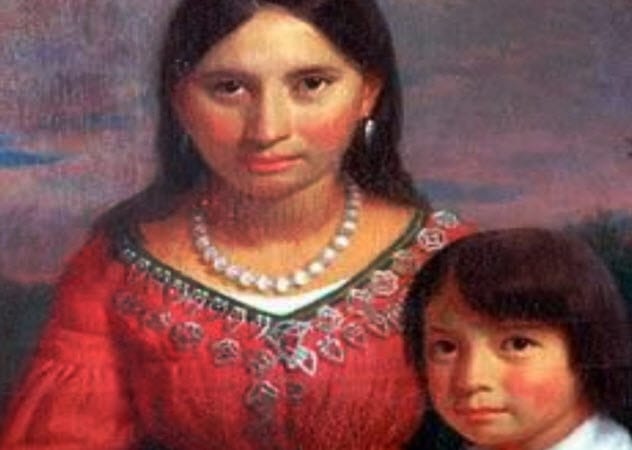 In Europe, Pocahontas realized that she was pregnant. In time, she gave birth to a child who was half-white. According to some accounts, this happened before she ever met her European husband, John Rolfe, meaning that Pocahontas’s son was conceived in a rape.

She married John Rolfe in the hopes that it would make peace between their people. But their marriage caused a scandal because a princess had married a commoner. Powhatan had been crowned by England and written about as an emperor, so the English viewed Pocahontas as royalty.

Rolfe risked the scandal, though, because he thought Pocahontas could help his business. Rolfe had already made a small fortune planting Trinidadian tobacco in Virginia, which would soon become the colony’s most valuable export. He hoped that marrying Pocahontas would get Powhatan to help him grow his crops.

4 The Settlers Told Pocahontas That John Smith Had Died 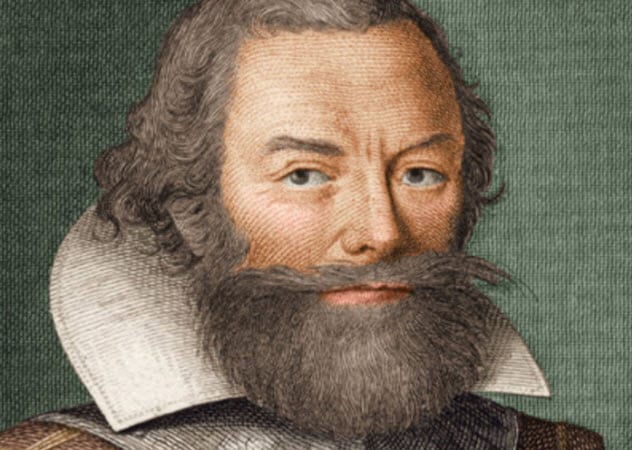 Pocahontas had heard that John Smith was injured in a gunpowder accident, but she wasn’t told that he had returned to England. Instead, the settlers told Pocahontas that Smith was dead.

When she unexpectedly spotted Smith in England, she broke into tears. The reunion was emotional for Pocahontas, but Smith was cold and formal. In America, she had called Smith “father” as a term of endearment. In England, he spoke to her as though she were a stranger he’d only heard about in the news.

“Lady,” Smith explained, “I dare not allow that title, for you are a king’s daughter.”

“You were not afraid to come into my father’s country and cause fear in him and in all his people,” she replied. “Fear you here that I should call you father?” 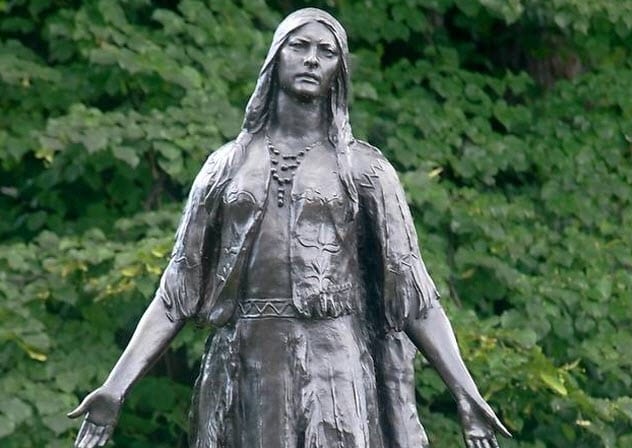 In America, Powhatan and the settlers had an uneasy truce. While Pocahontas was in Europe, the war was called off. Powhatan wouldn’t risk the death of his favorite daughter.

When word came that Pocahontas and her new husband were coming to Virginia, Powhatan was elated. He thought he would finally see his little girl again and meet his grandson. But Powhatan never did.

As soon as their ship left the dock, Pocahontas became sick. She had no immunity against the diseases of Europe. Like many of her people, contact with the Europeans had left her stricken with a deadly illness. John Rolfe had the ship sent back to England, where Pocahontas died.

Powhatan still held out hope that he’d meet his grandson. But Pocahontas’s boy was left in England, and Rolfe traveled to Virginia without him. Powhatan died within the year without meeting his grandson. 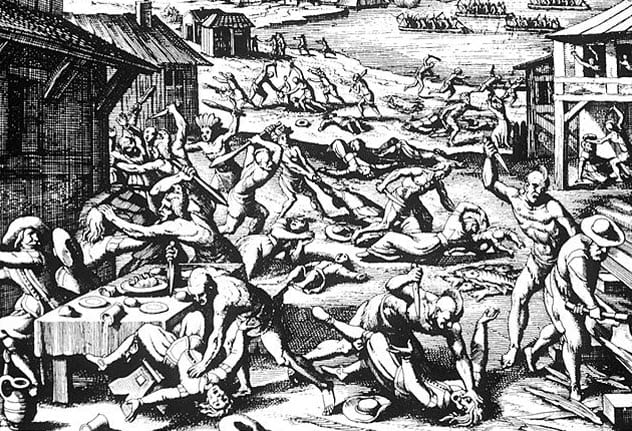 With Powhatan dead, his brother, Opechancanough, was put in charge of the 30 tribes. Rolfe’s tobacco trade was booming, and his success attracted settlers from all over Europe. White men were rushing into the country in droves, spreading their colonies and their diseases across the land.

Opechancanough no longer had any reason to keep the peace. He took a harder stance than Powhatan and plotted to get rid of the English colonists altogether.

Opechancanough and his men entered Jamestown unarmed, pretending that they wanted to sell a few goods. Once they were in, though, they grabbed every tool and weapon available and slaughtered every person they could find, sparing neither women nor children.

One-quarter of the settlement’s population died in the attack. It was a horrific massacre, and it meant the end of the fragile peace between Pocahontas’s and John Smith’s people. 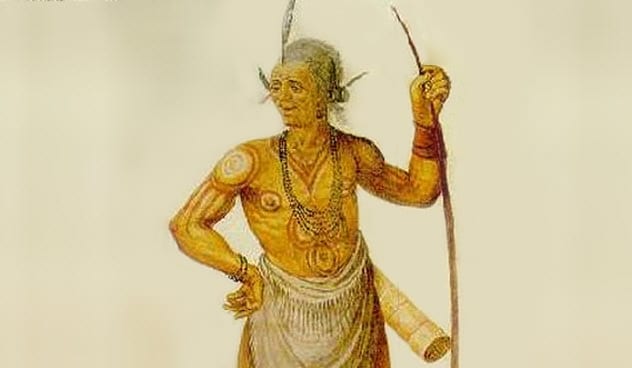 After the Jamestown Massacre, open war began again. Opechancanough opened up a new era of cruelty in battle tactics, and the settlers repaid him with the same cruelty he showed them.

The English lured 200 Native Americans to a supposed peace talk. There, the settlers poisoned their guests and then chased down and scalped the few who survived. Even Pocahontas’s son was sent to kill his own Native American people.

In the end, Opechancanough was captured and paraded through Jamestown before a jeering crowd. The rest of his people were killed off, either by the settlers or their diseases. The few natives who survived were sent into slavery.

The prophecy of Powhatan’s priests had come true. Due to his brutality, his empire was wiped off the map, his daughter was raped and stolen away from him, and his grandson raised up arms against his own people.