In 1992, a recording leaked of Prince Charles telling his mistress (now his wife) Camilla Parker he wanted to be her tampon. The issue generated a huge controversy, as the prince was married to princess Diana. The marriage later crashed, and the princess blamed it on a third person people believed to be Camilla.

The British populace scorned Camilla for her suspected involvement in the breakup, and women threw bread rolls at her while shopping. But “Camillagate” was just one of the many embarrassing incidents that have plagued the British monarchy. 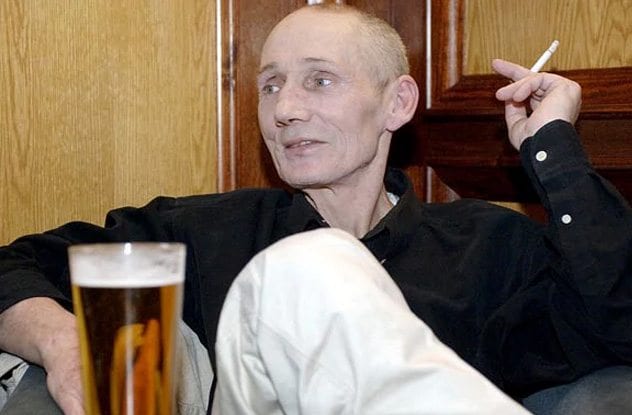 Queen Elizabeth II got the shock of her life on the night of July 9, 1982, when she was startled from sleep by a stranger standing by her bedpost. The stranger was Micheal Fagan, and he had entered her room by climbing the drain pipes outside the palace walls. According to initial reports, Fagan engaged Queen Elizabeth in a 10-minute conversation that ended when he asked for a cigarette. Fagan later clarified that he did not engage the Queen in any conversation. Rather, she ran out of the room to call a footman, who took him to another room for a glass of whiskey.

The break-in, which remains one of the most embarrassing in the history of the Buckingham Palace, was not Fagan’s first. It was his second. He had broken in a month earlier when he drank a bottle of wine in Prince Charles’s room and peed into a bin of dog food. During his second break-in, he walked around the palace and triggered the alarm twice. The police thought the alarm was malfunctioning on both occasions and switched it off.

9Edward VII Maintained A Special Room In A Brothel 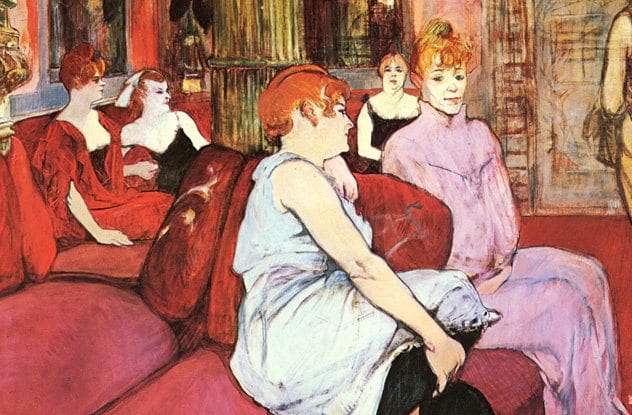 The Duke of Wales, later King Edward VII of England, had a huge sexual appetite, which he ensured he quenched at every opportunity he got—even if it meant maintaining a private room in a brothel. The brothel was the high-class Le Chabanais of France, which the Duke frequented between the 1880s and the 1890s. His private room contained his coat of arms and a copper tub he filled with champagne to bathe with prostitutes.

The room also contained a chair called the “siege d’amour,” which translates to “love seat.” It was specifically made to allow the Duke have sex with two or more prostitutes at once. The chair remains in private collection although a replica is displayed at the sex museum in Prague. 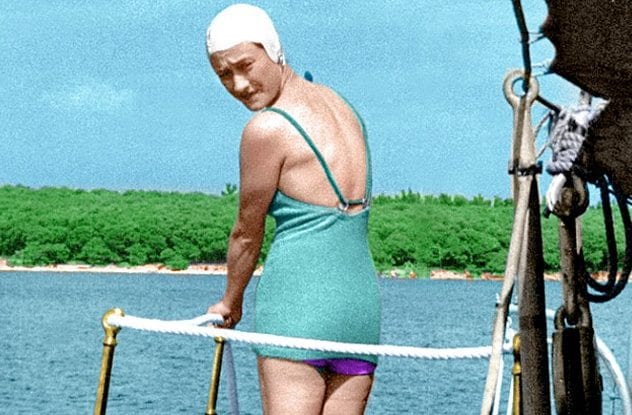 King Edward VIII of England (later Duke of Windsor) is remembered for giving up his kingship to marry Wallis Simpson. When World War II broke out, the couple pretended as if nothing important was happening—at least, until France fell to Germany. Their concern was not about the atrocities the Germans might commit against the French; it was about Wallis’s swimsuit, which was inside their villa in Southern France.

The task of rescuing the swimsuit fell upon the US ambassador to Portugal and the US embassy in France. Southern France was already overrunning with Nazi troops, but the diplomats still got the swimsuit out. Besides that, the couple maintained contact with top Nazi commanders, who they begged to look after their homes in Paris and southern France over concerns that their linen bedding might be destroyed. 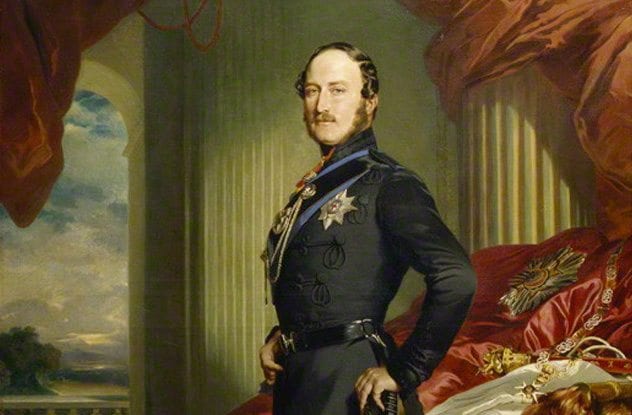 Edward VII—the same one who maintained a private room in a brothel—was the first child of Queen Victoria and Prince Albert. Prince Albert was a moralist who was interested in ending the numerous sex scandals and illegitimate children who plagued the British monarchy. Edward VII did not share his opinions and got down with a prostitute called Nellie Clifden months before his wedding.

Prince Albert and Queen Victoria were unimpressed with what Edward VII did, and Prince Albert took it upon himself to show him their displeasure. He had a long walk under the rain with Edward VII, where he expressed his deep disappointment at his behavior. Prince Albert came down with fever a few days after the walk, and it proved fatal and cost him his life. The disheartened Queen Victoria blamed Edward VII for her husband’s death. 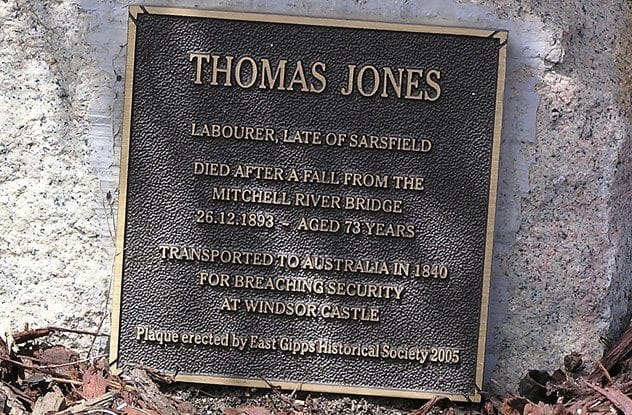 Edward “Thomas” Jones was not a fan of women, but he had a thing for Queen Victoria. He frequently sneaked into Buckingham Palace and was arrested on three occasions (and claimed he had been there a fourth time). On his first arrest, he was found with Queen Victoria’s underwear hidden inside his trousers. On two other occasions, he was caught sitting on the throne, and once, he helped himself to food in the kitchen.

Jones was sentenced to three months’ imprisonment for the break-ins, but he kept on stalking the Queen. The government kidnapped and exiled him to Brazil, but he returned and was re-kidnapped and imprisoned on a ship in the middle of the ocean for six years. He took to burglary after his release and was arrested and shipped to Australia, where he was taunted for stalking the Queen. He returned as usual and remained in Britain until his brother convinced him to return to Australia. 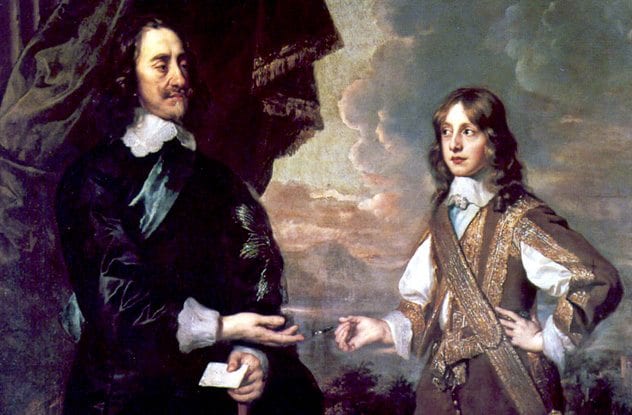 In the past, people were called to witness royal births to ensure and certify there was no foul play. Such was the scenario during the birth of James in 1688, yet people said he was not the real child borne by Mary of Modena.

At that time, Catholicism and Protestantism were big issues in England. King James II was a Catholic, but his heir presumptive, Princess Mary, was a protestant. King James wanted a Catholic to rule over England, and the only way that could happen was if he and his wife bore a male child who would become heir apparent and supersede Mary’s claim to the throne.

When Mary of Modena was pregnant, there were rumors that the pregnancy was a fake. To put an end to the rumors, the couple invited 70 important people to attend the birthing at St. James’s Palace. The dignitaries witnessed the birthing, but there were still rumors that the baby was smuggled into the room inside a pan or through a secret passage. There were even claims the real baby died at birth, and baby James was just a replacement. These rumors led to the Glorious Revolution of 1689 that saw William of Orange and princess Mary II seize the throne of England.

4Queen Victoria Forced An Aristocrat To Have A Pregnancy Test 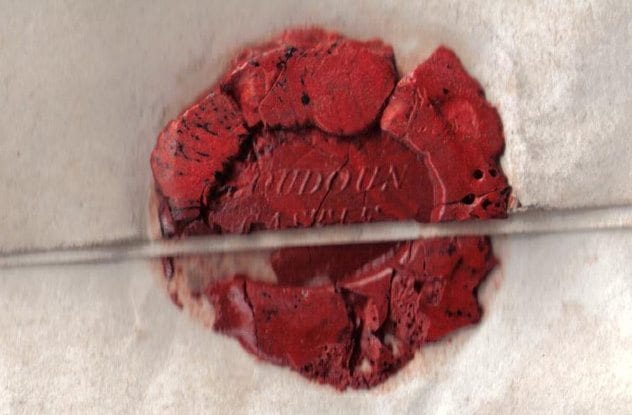 Lady Flora Hastings was an aristocrat and one of the several ladies-in-waiting who worked at Buckingham Palace during the reign of Queen Victoria. She was at the center of a pregnancy and political scandal that Queen Victoria described as the worst period of her reign.

The whole incident began in January 1839, when Flora arrived London from Scotland alongside Sir John Conroy, who Queen Victoria loathed. Flora took ill after her arrival, and her stomach began to protrude. Rumors went around she was pregnant by Conroy. Flora denied being pregnant, but Queen Victoria—who believed she was—ordered her to take a pregnancy test if she wanted to remain in the palace. The test returned negative, and the Hastings family requested an apology from the Queen. Queen Victoria refused to apologize, and the Hastings family released the details of the incident to the media.

The revelation degenerated into a heated face-off between members of the Tory party, who supported the Hastings, and the Whig party, who supported the Queen. The public blamed Queen Victoria for starting the pregnancy rumor, and they booed, mocked, and scorned her outside the palace. Flora Hastings died in the early morning of July 5, 1839. An autopsy revealed Flora’s protruded belly was caused by liver disease.

3A 17-Year-Old Took A Pot Shot At Queen Victoria 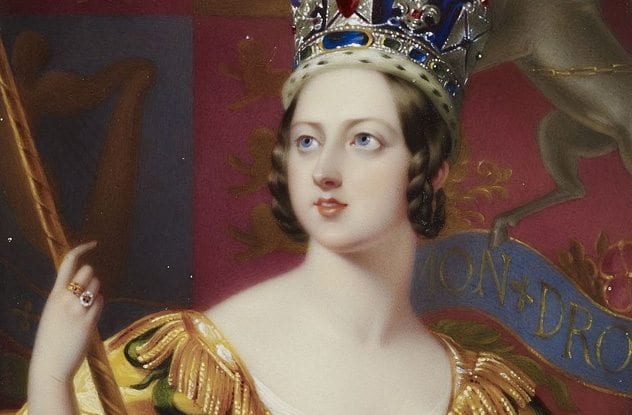 Queen Victoria survived at least seven assassination attempts throughout her 63-year reign. Many of the assassinations involved blanks and unloaded weapons, but the most embarrassing came from a 17-year-old called Arthur O’Connor.

On February 29, 1872, O’Connor followed Queen Victoria’s carriage as it entered the Buckingham palace. He got to within a foot of the Queen as she alighted and brought out his pistol, which he aimed at her head. Queen Victoria bowed her head, but O’Connor never fired, as the weapon was unloaded. He was quickly arrested and taken into custody. O’Connor was sentenced to one-year imprisonment and 20 strokes of the cane. 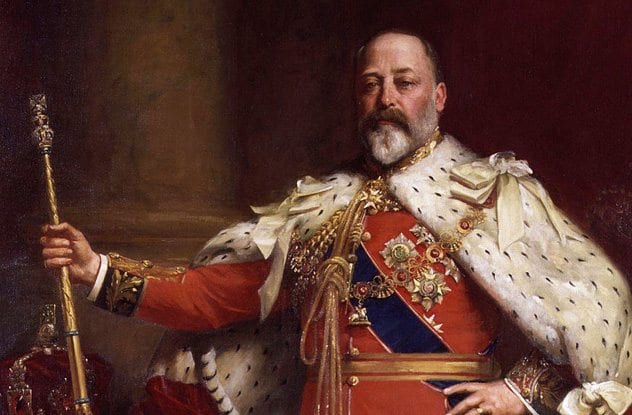 Edward VII—the same one who kept a room in a brothel and caused his father’s death with his super sex drive—was at the center of a divorce case in 1870. The couple involved were Sir Charles Mordaunt, a member of the British parliament, and his wife, Lady Harriet. The scandal began when Lady Harriet told her husband about her other lovers, which included Edward VII, because of fears her newborn baby was going blind.

Sir Mordaunt filed for divorce, and Edward VII was invited as a witness. His appearance marked the first time a prince of Wales would appear in court. Edward VII was afraid of going to court, but he went, not because he wanted to but because he felt his nonappearance would certify his guilt. One piece of evidence used against Lady Harriet was a letter of his, telling her he was coming visiting.

Edward VII diffused claims of infidelity during the visits, although he never explained why he only visited when Sir Mordaunt was away. The trial lasted seven days until it was agreed that Lady Harriet was suffering from “puerperal mania,” which is a mood disorder experienced by women after childbirth. Lady Harriet was taken to an asylum while Edward VII returned to his palace. People knew there was more to Edward VII’s visits, and they blamed him for the divorce. He was hissed at and booed in public

1Prince Harry Dressed As A Nazi 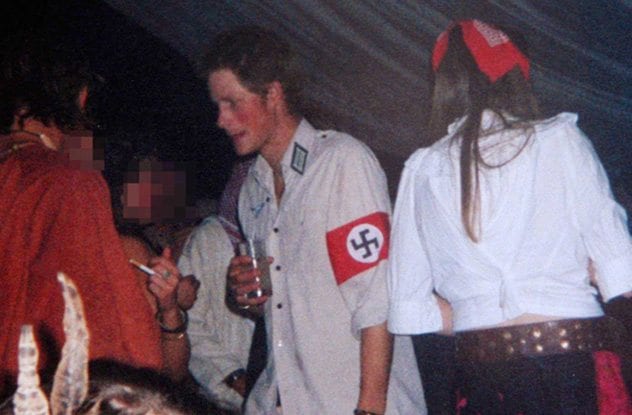 In 2005, the Sun newspaper published a picture of Prince Harry—an heir to the British throne—dressed in a German Nazi-era uniform. The uniform was a replica of that worn by the German Army Afrika Korps and was complete with collar flashes, an eagle insignia and the infamous black-white-red Nazi armband. The prince had worn the uniform to a private costume party where guests were expected to dress in colonial fashion.

The picture generated controversy and angered several people including the Israeli foreign minister, survivors of Nazi concentration camps, and members of the British government, who called for his expulsion from the Royal Military Academy Sandhurst. That was not the first time the prince was making the news for the wrong reasons. He had been in the news for being drunk and using cannabis. At another time, a photo of him playing billiards while naked surfaced on the Internet.

Half-American, half-human, Oliver Taylor is a freelance writer and bathroom musician who wants to write enough lists and sing enough songs to be able to afford a spaceship.