Rome was a beacon of civilization in a dark world. In the words of one of their own, Rome was “the seat of virtue, empire, and dignity,” ruled by laws so just that they could “surpass the libraries of all the philosophers.”

The Romans, though, had a different definition of “virtue” and “dignity” than we do today. Some of the laws the Romans were so proud of were a little bit strange, and some of them were outright insane.

10Wearing Purple Was A Crime 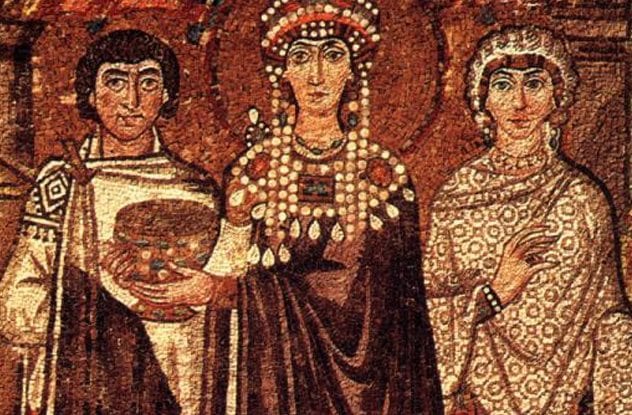 Purple, in ancient Rome, was viewed as the most dignified and majestic of all colors. The emperors would dress themselves up each morning in the finest of purple togas, and they looked so good in it that they wouldn’t let anyone wear it.

The law against wearing purple was a “sumptuary law,” a Roman law designed to keep lower classes from making extravagant displays of wealth. Romans wanted to be able to take one look at somebody and know their social standing, to make sure they didn’t go around accidentally being polite to peasants. These laws were strict. If you weren’t a citizen, you weren’t allowed to put on a toga.

Purple togas were reserved for the emperor, because purple dye was incredibly expensive. It had to be imported from Phoenicia, where they made the dye from mollusks. To make enough dye for one toga, they had to crush 10,000 mollusks, so a purple toga was literally worth its weight in gold.

9Women Were Forbidden From Crying At Funerals 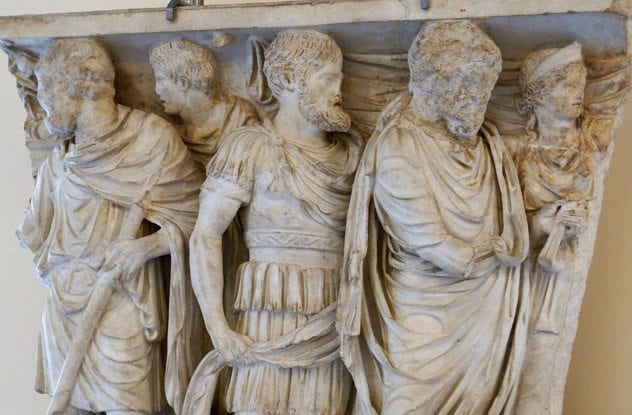 A Roman funeral started with a procession, where people would walk your body down the street, weeping as they went. The more people you had weeping, the more popular people figured you were. So, to impress their neighbors, some people hired professionals to pretend to cry.

Women who didn’t even know the deceased would be paid to walk in the procession, literally ripping out their hair and scratching their own faces in make-believe sorrow as they went. It got so bad that they had to outlaw crying at Roman funerals, just to keep people from hiring actors.

8Fathers Could Murder Their Daughter’s Lovers 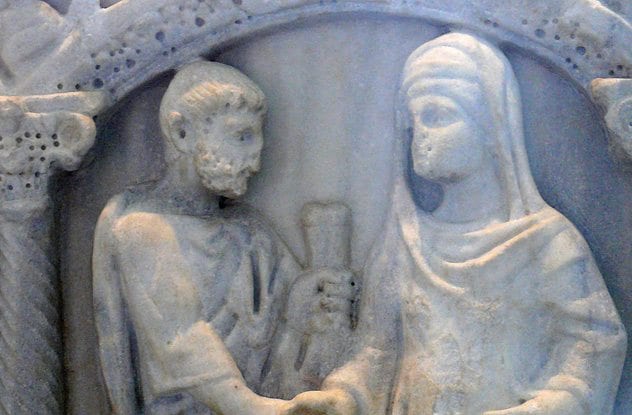 If a man caught his wife having an affair, he was encouraged to lock his wife and her lover up and call every neighbor he could to come see. He had 20 hours to call as many neighbors as he could and invite them to check out the guy his wife has been sleeping with.

He then had three days to make a public declaration describing where he found his wife, who was having sex with her, and any extra juicy details he could supply. He was also legally required to divorce his wife, or else he would be charged with pimping.

He could murder his wife’s lover if he was a slave or a prostitute. If it was a citizen, though, he would have to talk to his father-in-law. Fathers, in Rome, could legally murder their daughter’s lovers no matter how nice of a toga they wore.

If a woman caught her husband having an affair, pretty much the only thing she could legally do was cry about it. As long as there weren’t any funerals going on nearby.

7The Ultimate Punishment Was Drowning In A Sack Filled With Animals 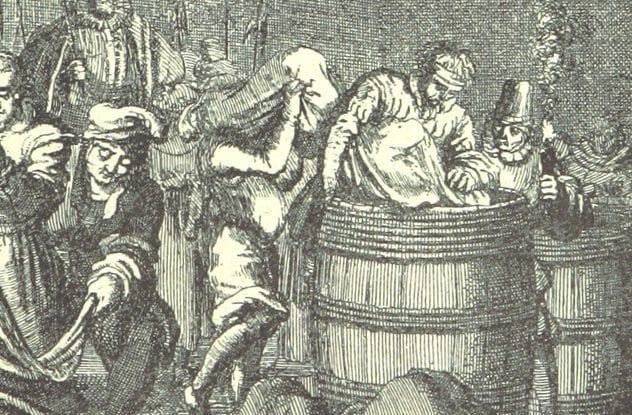 If you did something sort of bad, you’d get away with a simple beheading. If it was really bad, they’d take you up to the roof of the prison and throw you off. And if you killed your own father, you were sentenced to something truly horrible.

If someone was found guilty of patricide, they were blindfolded and told that they were unworthy of light. They would then be taken to a field outside of the town, stripped naked, and beaten with rods. When you couldn’t take anymore, then put you in a sack, throw in one serpent, one dog, one ape, and one rooster, and you and your whole menagerie would all be sewn in there together and thrown into the sea.

6Prostitutes Were Required To Dye Their Hair Blonde 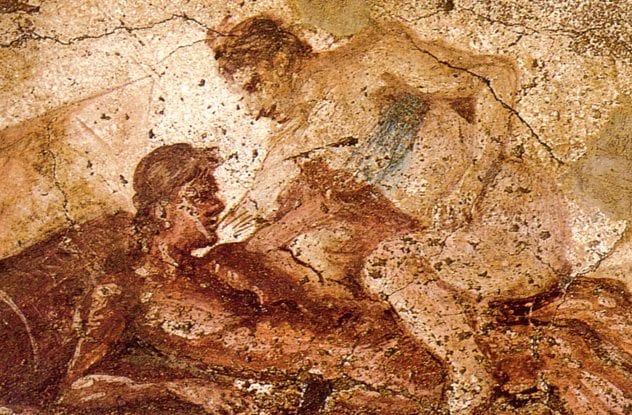 Roman ladies all had naturally black hair. Natural blondes, in Roman time, were barbarians, especially the Gauls. Since the prostitutes couldn’t be associated with the dignity of a proper Roman woman, they had to make themselves look like barbarians, so they made them dye their hair.

It didn’t totally work, though. Roman women were jealous of all these blonde barbarians. Some started dying their hair blonde, while others forcibly chopped the hair off of slaves to make them into wigs, and, once again, the high-class ladies were indistinguishable from prostitutes.

5Suicidal People Could Apply To The Senate For Permission 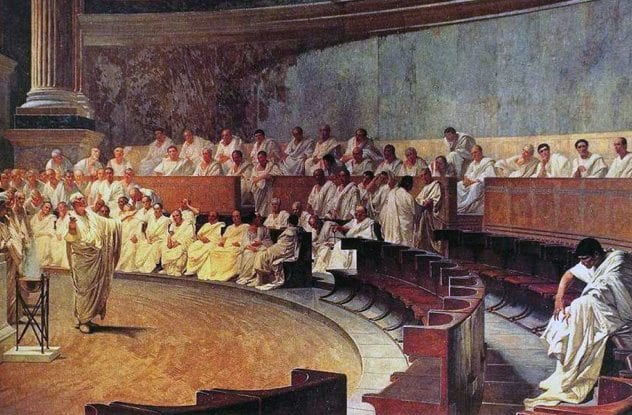 In some circumstances, committing suicide was just considered prudent thinking. Kings typically kept poison on hand in case things turned bad, and sick people would be encouraged to drink hemlock to put an end to their suffering.

The only people who couldn’t commit suicide were soldiers, slaves, and prisoners, and this was just for economic reasons. Soldiers were useful and couldn’t be allowed to quit. Criminals couldn’t be allowed to die before they were convicted because if they did, the state couldn’t seize their property. And if a slave committed suicide, the owner was often entitled to a full refund.

In one area, they even had a formalized system to request suicide. A depressed person could file a petition to the senate requesting death, and if the senate agreed they really were better off dead, they received a free bottle of poison. 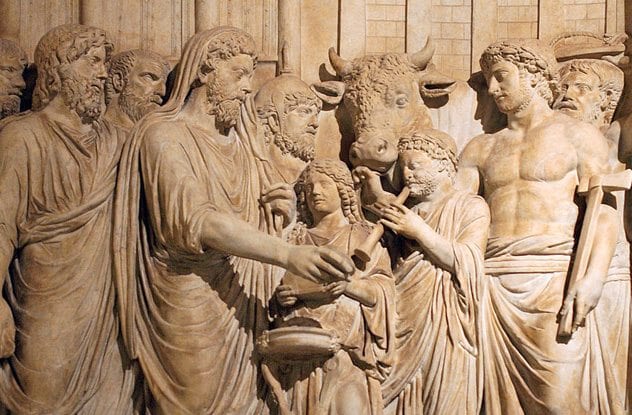 Lightning strikes, the Romans believed, were acts of god performed by Jupiter. If something got hit by a lightning bolt, it wasn’t bad luck. Jupiter just really hated it. Whether it was a tree or a person, Jupiter had decided it was time for it to go.

If it was your friend who got hit, you were legally forbidden to lift the body above the knees, and you definitely couldn’t bury his body. If you did, you’d stolen a sacrifice from Jupiter.

They let people make up for it, though. If you buried someone who got hit by a lightning bolt, the Romans would sacrifice you to Jupiter instead.

3Fathers Could Only Sell Their Sons Into Slavery Three Times 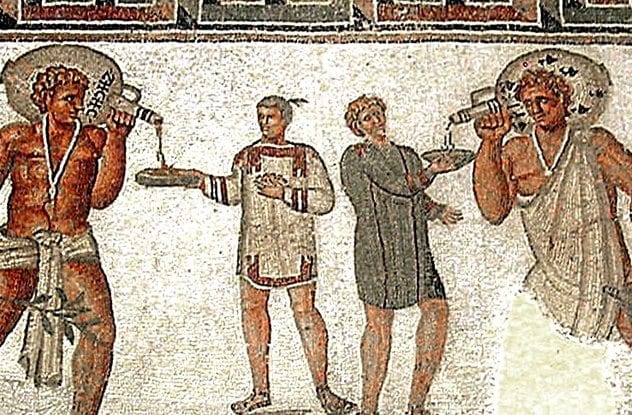 Fathers in Rome had the legal right to temporarily sell their kids. An agreement would be made between the father and a buyer, and the son would become the buyer’s possession. The buyer, as part of the bargain, was expected to bring the kid back home.

Anyone who sold their child into slavery three times, though, was considered an unfit father. Their child would have to finish his third session as a slave because a deal is a deal, but afterward, he would be legally emancipated from his parents.

The limit, though, was three sales into slavery per child. So if you’d already sold your eldest twice, you could always move on to the next kid. 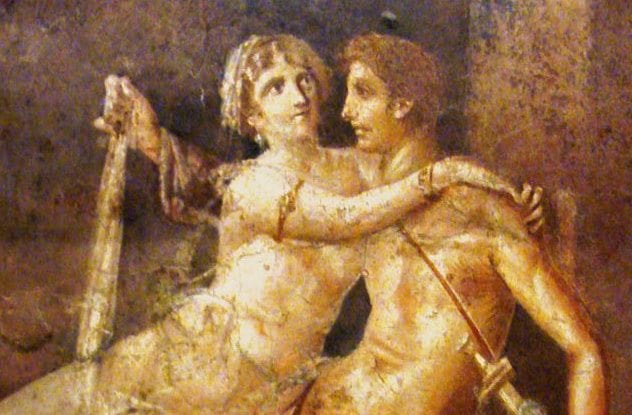 Romans had a set rules they called “usuacpio,” which were laws on how long you had to possess something before it became your property. If you held onto anything long enough, it could become legally yours, including people.

Wives, legally, became their husbands’ property if they stayed in his house for one straight year. But if she really wanted her freedom, she could have it—as long as she left her house for three continuous days each year. So, every year in Rome, women would leave their homes and hide somewhere else for a few days, or else become possessions. 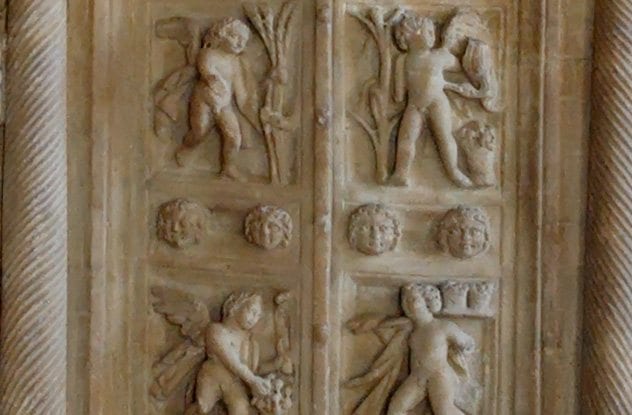 In the early days of Rome, there was no limit to what a father could do to his family. He could dole out any degree of abuse he could imagine. That didn’t just mean he was allowed spanking: If his children misbehaved, he could straight up murder them.

Fathers held on to those rights even after their kids grew up. Daughters still had to fear their fathers after marriage, and his sons only earned independence when their fathers died.

In time, Rome relaxed these laws a little bit. The right to murder family members ended in the first century BC, although, even then, they kept a few exceptions. Now, the law said, fathers could only murder their sons if they’ve been convicted of a crime.