The 2016 election has been one of the most bizarre in a long time, and with the Wikileaks dump of batches and batches of emails, it’s just gotten weirder. Here’s a breakdown of some of the things analysts have found buried in the pages and pages of text, because knowledge is power. 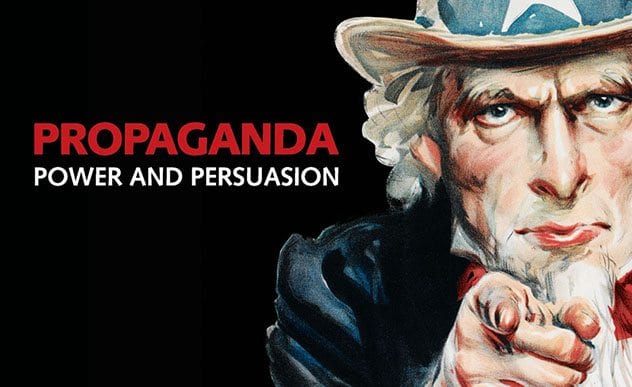 In theory, the mainstream media is supposed to provide the public with the facts as they are, not as the subject of the news story would like them to be presented. Digging through the third data dump turned up some emails that seem to prove just which side the media is on.

Among the emails are several from CNBC’s John Harwood, where he refers to “the opposition party veering off the rails” at “our debate”. He also sent other emails warning Hillary Clinton that Ben Carson “could give you real trouble”, along with some links to his views, video clips, and just why they should consider him a problem.

The Boston Globe reached out asking about the status of an op-ed piece that they were waiting for, which is fine in itself. The Globe went a bit further, though, giving Podesta and the Clinton camp some guidance on just when they should have the piece in for the biggest impact based on where she was and what other stories they were going to be running that particular week in July of 2016.

There were also the emails between the Clinton camp and the New York Times. In one email that outlined upcoming press appointments, there was a OTR (off-the-record) with the Times’ Mark Leibovich noted, with the addition “(he is writing a NYT magazine piece – is sympathetic)” after it. While the piece wasn’t as off-the-record as the first notation suggested, the interview was followed up by an email from Leibovich asking permission to use certain quotes from Clinton. The email is a bizarre read, and involves bits of conversation like a discussion on a blind date, mental health and the internet, and gay rights. The campaign asked him to leave out her comments on gay rights, and he signed the email with, “Pleasure doing business!” After the dump, Leibovich ran a piece called “I’m the Last Thing Standing Between You and the Apocalypse”. 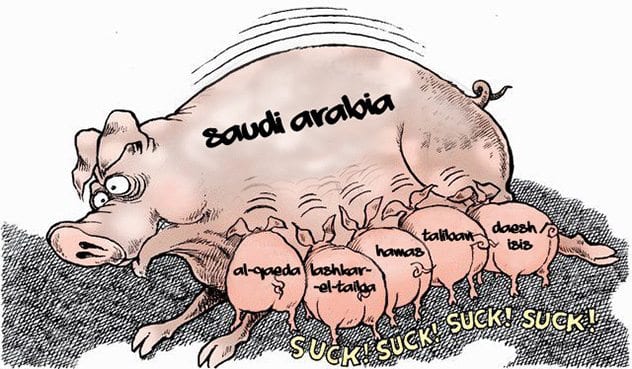 In 2014, Clinton and Podesta exchanged a series of emails discussing not only what they should do about the group then called ISIL, but where they were getting their funding from.

Part of the email reads, “[…] we need to use our diplomatic and more traditional intelligence to bring pressure on the governments of Qatar and Saudi Arabia, which are providing clandestine financial and logistic support to ISIL and other radical Sunni groups in the region.”

The discussion went on, “In Iraq it is important that we engage ISIL using the resources of the Peshmerga fighters of the Kurdish Regional Government (KRG) and what, if any, reliable units exist in the Iraqi army.”

Saudi Arabia has been accused of funding terrorist activities before, and even the UK has suggested teaming up with smaller, local organizations in order to prevent money from falling into the wrong hands. 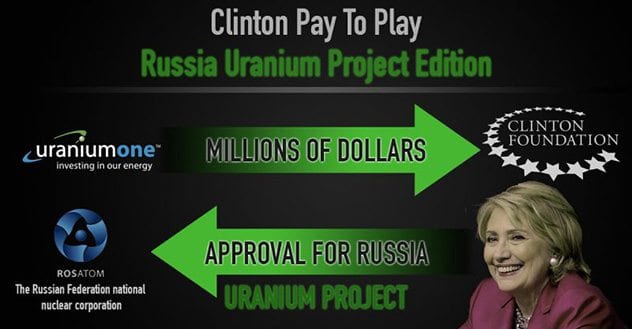 Back in April of 2015, the New York Times ran a piece called “Cash Flowed to Clinton Foundation Amid Russian Uranium Deal”, a headline that left readers with absolutely no question as to what the piece was about. The story focused on a Russian company called Uranium One, which essentially bought control of about a fifth of the US’s uranium. Since uranium is an obviously dangerous bit of stuff, that deal had to be approved by a whole host of people, including Clinton’s State Department. In the years leading up to the deal, millions had been donated to the Clinton Foundation by people who were directly connected to Uranium One, and to make it even shadier, those donations weren’t disclosed.

The Clinton camp immediately stepped forward and condemned the Times article as completely false, a fact supported by the then-Assistant Secretary of the State for Economic, Energy and Business Affairs. Among the emails in the leaks were those that went on behind the scenes, making it clear that the above-mentioned Assistant Secretary, Jose Fernandez, was hardly the impartial witness he had been presented as, and that he had been emailing the Clinton camp expressing his desire to help their position in whatever way he could. 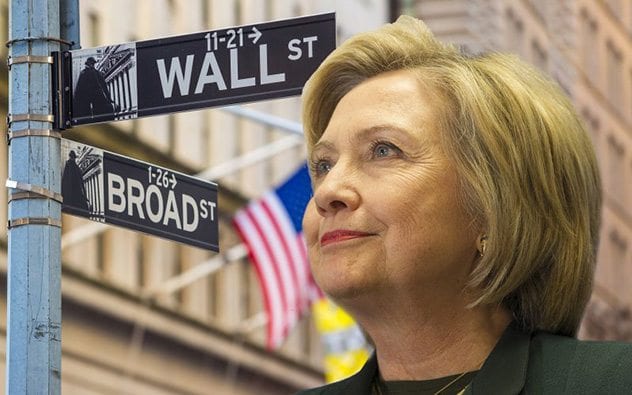 After leaving the State Department, Clinton gave a series of speeches on Wall Street. What was said behind closed doors – and ultimately leaked through the emails – was quite different from her public stance.

Perhaps most telling is Clinton’s admission that she is out of touch with what amounts to the 99%. She writes that even though she grew up in a rather humble home, her continued financial success means that she is no longer in the heart of the struggles that face most people on a daily basis, and goes on to admit that there is a huge difference between the political stance she needs to take and the private one that would be put into play later.

The emails are noteworthy for a few reasons. Not only did the excerpts of speeches show a favorable stance toward things like free trade and the banking industry that seems to go in complete opposition to the formal stance that she has been running on, commentators say that it presents another problem: trustworthiness, or lack thereof. The emails make it clear that there’s a need to tell people one thing and do another.

6Joking about the Email Scandal 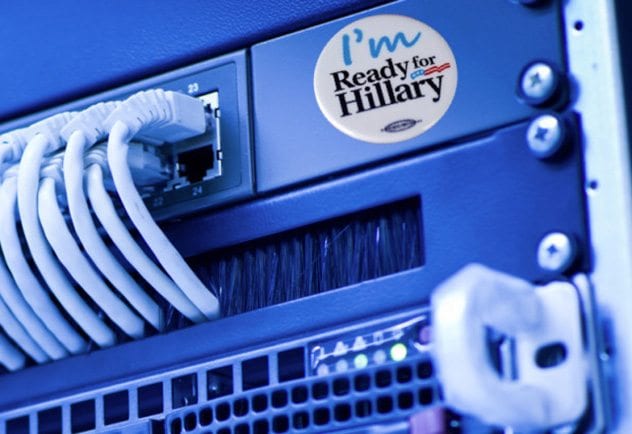 One of the biggest scandals in the Clinton campaign has always been the use of a private email server, and leaked emails included discussions on just what should be done to steer the nation’s attention away from that particular topic. While some emails from March of 2015 stressed the importance of focusing on Benghazi, other emails indicate the camp was also discussing taking another route: joking about them.

A March 3 email with the subject line “HRC joke on emails at Emily’s List” reads, “I wanted to float idea of HRC making a joke about the email situation at the Emily’s List dinner tonight.”

The response? “I don’t think it’s nuts if we can come up with the right thing.”

It goes on to discuss how showing some humor might be a good thing, while some concerns are raised about the fact that not knowing what’s in the emails they would be joking about could cause some problems. 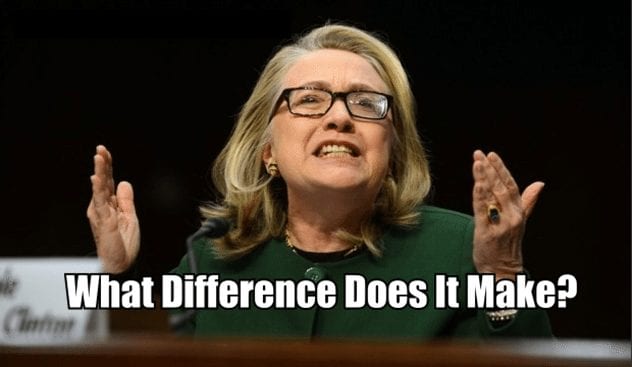 We won’t get into what went on with Benghazi, but we will touch on what the leaks suggest about Clinton’s defense. In some of the emails about Benghazi, some of the Democratic members of the House Select Committee give the Clinton camp a heads’ up as to what’s going on behind closed doors. In one, they are given an advance warning that an upcoming Face the Nation was going to be dealing with Benghazi, and that the chairman of the committee, Trey Gowdy, had signed on to go on national TV. The email came from David Kendall, an attorney that has been in the Clinton camp since he assisted with the Whitewater investigation in 1993. The email thread debates debunking Gowdy’s appearance before the episode airs, giving them a chance to get ahead of whatever was going to come out.

According to the leaked emails, the Benghazi committee wasn’t the only place that was feeding the Clinton camp information. RT News picked out one instance in particular that involved Clinton’s spokesman, Brian Fallon, referring to information that he had received from “DOJ folks”, giving them a heads’ up that there was a Freedom of Information Act request that had been filed to make Clinton emails public.

That’s the email – and the situation – that Trump quickly jumped on as proof that government collaborators were helping Clinton cover up anything shady that was going on. It led to his declaration that he would appoint a “special prosecutor” to go after her.

CNN (perhaps not surprisingly—see item 10) says that there’s no direct evidence that the DOJ had any other contact with the Clinton camp, and that there were no other indications that they leaked any other information. The lawsuit that was referred to in the emails was a civil suit, CNN also notes, and that the information contained in the leaked emails was covered by all the major news networks. 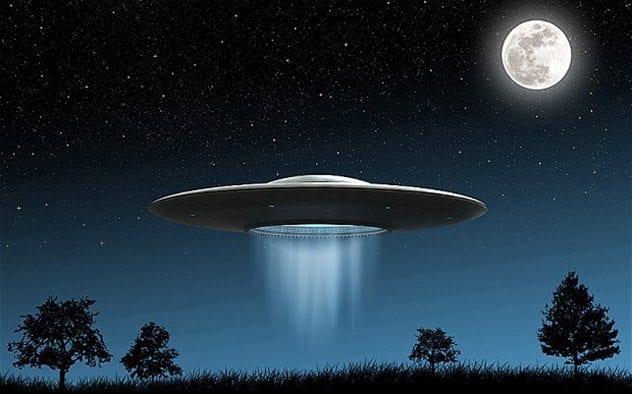 Everyone is familiar with the story – and rumors – of what went on at Roswell, New Mexico in 1947. Clinton herself went on Jimmy Kimmel and said that as long as there was nothing in the files that would compromise national security, she would de-classify the Roswell files.

At the time John Podesta was acting as a senior adviser to President Obama, he apparently considered getting that done a priority. When he stepped down, he tweeted that not seeing it accomplished was his biggest failure. Buried in the emails were some definitely weird ones that included Blink-182’s Tom DeLonge emailing Podesta about UFOs. He asks if he can bring “two very “important”” people to Washington, DC for a meeting. Just what happened isn’t clear, but we do know that Podesta was ultimately a part of a DeLonge-produced UFO documentary.

Other emails appeared to show meetings being set up between DeLonge, Podesta, and the astronaut Susan McCasland Wilkerson, and inquires about the activities to the Clinton camp were replied to with accusations that Russia was behind the creation and the leaking of the documents in an attempt to discredit Clinton.

2Attempts to revoke the Freedom of Information Act

The Freedom of Information Act has come up countless times over the past few years, and buried in the leaked emails was a discussion that shows they were getting ready to hit back with a bill that would have put an end to a clause that exempted members of Congress from the act.

The context was in the light of Clinton’s own email scandal, and the emails seem to indicate that there was some hope that exposing the dirty laundry of the Congress members would help deflect attention away from the ongoing investigation into Clinton’s private email server.

That would have been the best case scenario. The emails indicate another motive that hinged only on bringing the bill up. They were never expecting it to pass, but even if it didn’t it would make the knowledge that Congress wasn’t held to the same standards the Freedom of Information Act demanded of everyone else front and center in the media. 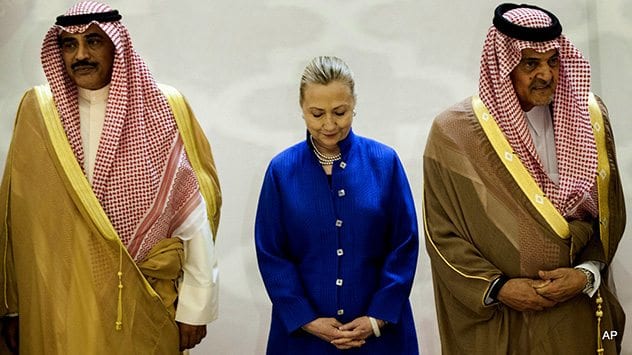 This one goes back a bit, and it’s buried in the fourth email dump. It’s an aside reference that seems to hint at much, much more, and it’s in an email from Huma Abedin dated November 18, 2014.

It reads: “We should be thoughtful about any group that wants to rent Friend of Hillary list now because there is interest. This is also probably best discussed off email.”

And speaking of friends, there’s another email sent to Podesta from [email protected], and dated from January of 2016. It references a “dark sense of humor”, and reads: “But I should say that I would do whatever Hillary needs always. I owe her a lot. […] Let’s hope it doesn’t come to this and she wins Iowa.”