Piracy off the coast of Somalia and in the Gulf of Aden is a worldwide problem. Today, ships from several navies patrol the area to keep the pirates at bay. But once in a while, the pirates manage to hijack a ship.

When that happens, they will only release the ship after receiving a huge ransom running into the millions of dollars. However, we do not know as much about these pirates as we think. Here are 10 shocking facts about them. 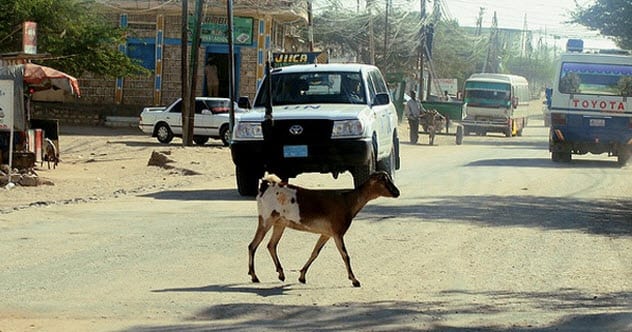 Pirates are the biggest spenders in Somalia. They spend their cash so recklessly that they quickly return to the impoverished lifestyles they were trying to escape. Today, top pirate bosses complain that they exhaust $1 million in the blink of an eye.

After receiving their share of a ransom, pirate bosses squander it on vehicles, women, parties, alcohol, and khat. The smarter ones build big houses, although they still waste the money like the others. Their vehicle of choice is the Toyota Land Cruiser, which costs around $30,000. As fuel is expensive in Somalia, they spend another $30,000 on fueling the vehicle.

However, pirates are highly respected in Somalia and the fastest way to lose that respect is to repair a damaged vehicle. The moment the Land Cruiser gets damaged, the pirate buys a new one. The damage does not even need to be big. A cracked windshield or scratched vehicle qualifies as damage that warrants vehicle replacement.[1] 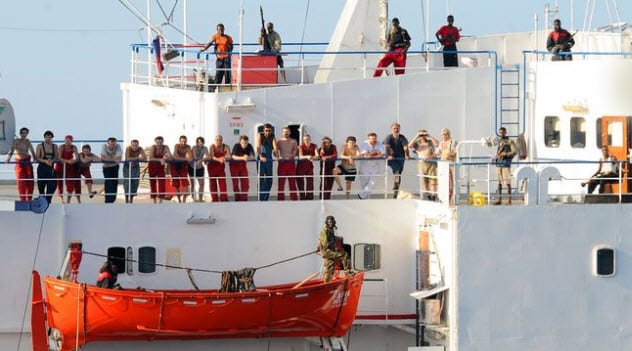 Pirates are not always sure of finding a ship to hijack. Even when they find one, they are not positive that they will successfully board it. As it would be expensive to fund a series of hunts that may end up unsuccessful, pirates have turned to the Somali public for financing. These days, pirates are funded by investors who buy shares at a pirate stock exchange.

The stock exchange is well organized with over 72 pirate groups (called “maritime companies”) listed. Interested investors buy shares and hope their company hits the jackpot. Shares do not necessarily need to be purchased with cash. Weapons like AK-47s and rocket-propelled grenades also qualify as currency.[2]

8 Pirates Don’t Get Much 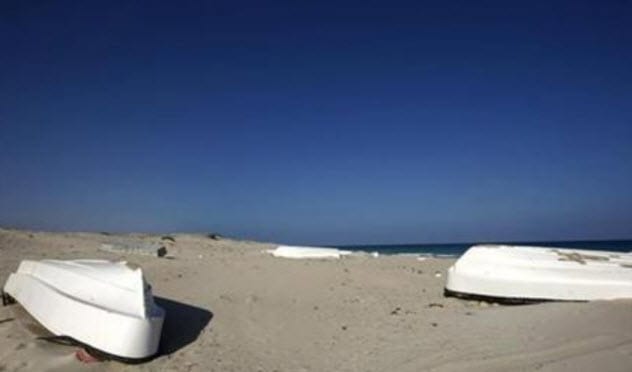 Despite receiving millions of dollars in ransom payments, pirate foot soldiers—the ones who do the dangerous job of sailing on dinghies on the rough seas while hoping to find a ship to shoot and board—receive between $30,000 and $75,000 of the ransom. Pirates who come with their guns or ladder receive an extra $10,000.[3]

The biggest winners are the investors who buy shares at the stock exchange. When a ransom is received, investors and several other stakeholders take their cut. Some of the money is also given to the community to build and maintain schools and hospitals. The pirates only share whatever is left.

7 They Have Attempted To Hijack Warships 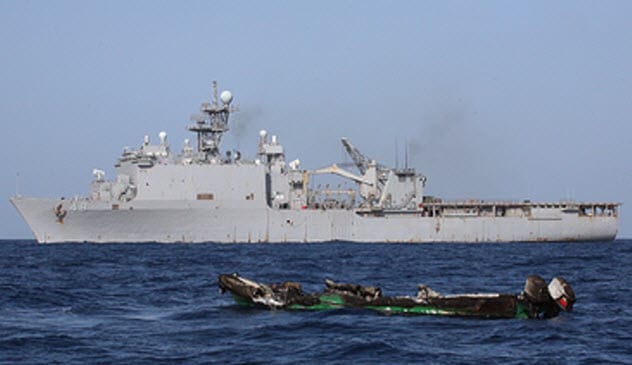 Pirates armed with AK-47s know that they are no match for the heavily armed military warships on anti–piracy duties off the coast of Somalia. But that has not stopped them from attempting to hijack these warships. In each case, the pirates attempted the seizures after mistaking the warships for cargo ships.

To hijack a ship, pirates approach it under cover of darkness. The moment they get close enough, they fire at the ship and attempt to board. However, they quickly realize they have made a costly mistake when the warship returns fire with a much heavier weapon. The pirates turn tail and flee, but it is not usually that easy.

In April 2010, Somali pirates approached and shot at the USS Ashland after mistaking it for a cargo ship. The USS Ashland fired back, killing one pirate. The others were arrested.

The men denied they were pirates. They claimed they were smugglers and had just taken people to Yemen when their boat broke down. They were adrift for seven days and only shot at the ship to attract the attention of the crew.[4]

In another incident in 2010, some pirates attacked the USS Nicholas after mistaking it for a cargo ship. They fled when they realized their mistake, but the USS Nicholas returned fire and gave chase. Five pirates were arrested.

The same year, 13 pirates were arrested when they attempted to hijack the Dutch warship HNLMS Tromp in error. They fled the moment they realized they had the wrong ship, but the ship fired back.

In 2009, some pirates shot at the 18,000-ton French flagship La Somme during a boarding attempt. As usual, they turned tail and fled, but La Somme gave chase. The pirates surrendered without firing again.

Earlier that year, they had attacked another French warship after mistaking it for a cargo ship. In another incident, they mistakenly attacked the German supply ship Spessart. 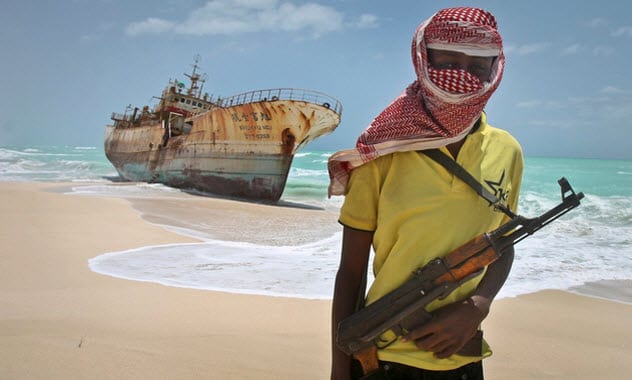 Piracy in Somalia is a straightforward process, although it could be complicated. Before going to sea, pirates find investors to fund their voyages. As we already mentioned, this usually happens at the pirate stock exchange.

Then they form two teams of 12 pirates each. Team A pirates take off on two boats to find ships to hijack. When they find one, they sneak close under the cover of darkness before opening fire and attempting to board. The first pirate to board the hijacked ship gets a bonus. The ship is then taken to the Somali coast.

Team A leaves for other business when the ship docks, and Team B takes over. They guard the ship until negotiations are over. Running the docked ship costs money. The crew needs to be fed. This is where another businessman comes in. He bears the cost of looking after the crew in exchange for a cut of the ransom.

When the ransom is paid, the businessman receives his investment with interest. Team B gets $15,000 a person for guarding the vessel. The major investor in the hijacking receives 30 percent. The other investors receive their shares, and the community receives a percentage for “anchoring rights.” The pirates who hijacked the ship share the rest.[5] 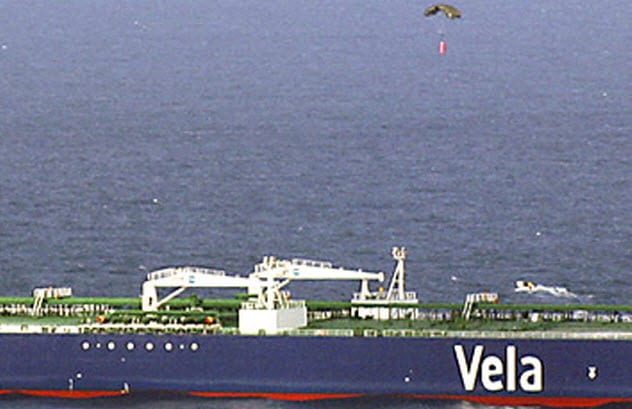 After boarding a ship, pirates go through the documents on board to find the owners. The information is passed onto a negotiator who could be on the ship or far inland. The negotiator, who is usually a trusted relative, contacts the shipping company and explains the situation.

The pirate negotiators are usually under intense pressure because they must ensure that the pirates receive a good ransom and the shipowners do not end negotiations. Pirates don’t like holding ships for too long, and the companies need their ships for business. So they will often find that middle ground. They also have strict demands such as requesting that the ransom is paid in $50 or $100 notes printed after the year 2000.

Several shipping companies have K&R—kidnap and ransom insurance for situations like this. So they call their insurers, who contact a response company. The response company deals with the pirate negotiator and will usually agree on a ransom without the consent of the shipowners. Once an agreement is reached, the response company contracts with a private security company to deliver the ransom.

The shipping companies remain in contact with their lawyers throughout the negotiations to ensure that they are not breaking any law. Lawyers receive around $300,000 for their work, while the response company receives $100,000. In all, securing a ship costs another $1 million besides the ransom. Shipping companies will often recoup the money for the ransom and every other paid expense from insurance.

4 They Originally Set Off To Protect Somalia’s Waters 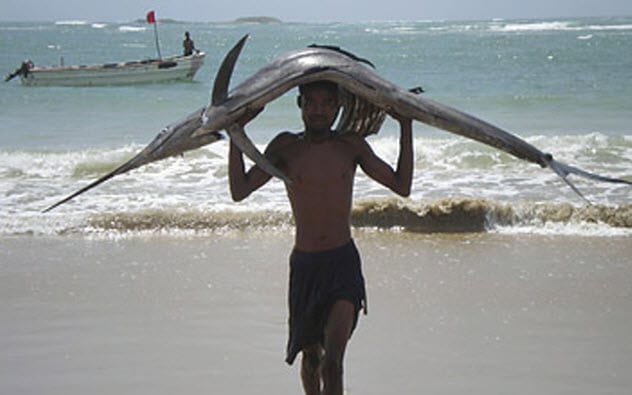 Somali pirates didn’t start off as pirates. After the fall of the Somali government in 1991, foreign fishing trawlers freely breached Somali waters to fish. The poorer Somali fishermen, who used small boats and nets, saw their catches decline. Sometimes, the trawlers even shot at the fishermen when they got too close.

At the same time, other foreign ships were dumping radioactive waste in Somali waters. The waste often leaked into coastal villages, causing health problems. The fishermen rose up and formed groups like the National Volunteer Coastguard of Somalia and Somali Marines (names the pirates still use today) to protect Somali waters.

The fishermen will often seize these ships in exchange for ransoms. Shipowners willingly paid these ransoms because they were operating illegally. And they continued paying as the fishermen upped their rates.

Recognizing a good business, the fishermen started hijacking random ships off the coast of Somalia. These days, the pirates are not even former fishermen—just poor dudes trying to make a living. Piracy is Somalia’s biggest industry for a reason.[7] 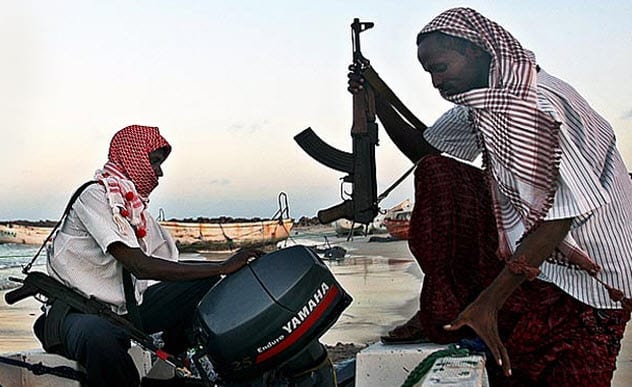 Somali pirates started off chasing illegal trawlers from Somali waters. These days, they escort these trawlers and allow them to catch as many fish as they want. In exchange, the trawlers pay protection money to the pirates. Somali pirates turned to this new business in 2012 when cargo ships started using armed security.

Many of these illegal trawlers want to get the most out of their money, so they will often use illegal nets for fishing. Ships from Iran, South Korea, and Thailand are the guiltiest. The pirates issued licenses to these trawlers for hundred of thousands of dollars.

Ironically, Somali fishermen don’t get to catch any fish in the fertile grounds used by the trawlers because the pirates turn the fishermen back. Sometimes, the pirates even turn around and hijack the same trawlers they are protecting and demand a ransom. Whether the seizures are the result of deals gone wrong remains unknown.[8] 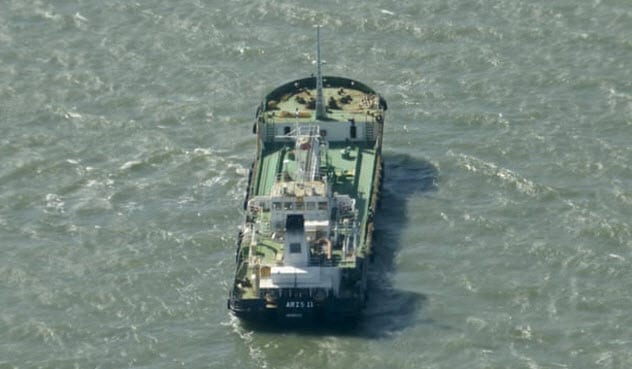 In a lawless society like Somalia, messing with the wrong guys could quickly lead to problems. We already mentioned that piracy came to a sudden halt in Somalia in 2012 when cargo ships started using armed security. Somali pirates did not hijack any ship until 2017 when some pirates seized an oil tanker. The pirates had barely begun discussing ransom when they released the ship without receiving any money.

Apparently, the oil tanker, Aris 13, was transporting oil for an influential Somali businessman. In societies like Somalia, “influential” means that the government will often defend your assets. The marine force of Puntland, a semiautonomous region of Somalia, did just that when they exchanged gunfire with the pirates.

Clan leaders were later brought into the negotiation between the pirates and the marines. The negotiations ended with the pirates leaving the ship without receiving a ransom. Somali pirates generally avoid hijacking ships owned by influential Somali businessmen for these reasons.[9] 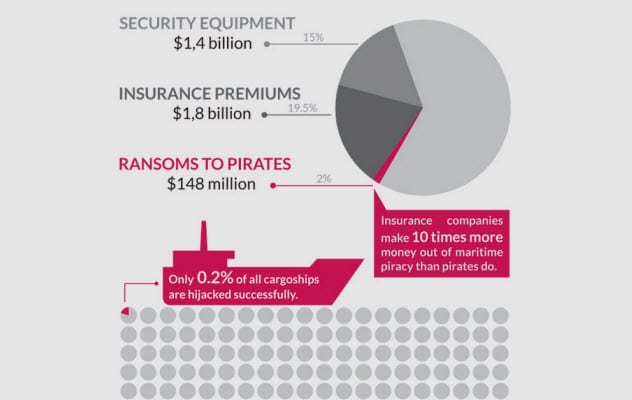 Somali piracy is a $7–$12 billion a year industry. In 2010, it was $9 billion. Somali pirates and their investors did not receive even half of that money. Instead, they got less than 2 percent.

In 2010, pirates received $148 million in ransom money. That year, shipowners paid $1.85 billion in insurance premiums to cover hijackings and another $1.4 billion on security equipment.[10]

Read more epic tales of pirates on 10 Epic Tales From The Golden Age Of Pirates and 10 Of History’s Most Terrifying And Brutal Pirates.