People have been predicting the end of the world for as long as we’ve been living in it, and needless to say, no one has been right yet. Earth—and the human race—has kept going through some horrible things, but people are still saying that the end is nigh. 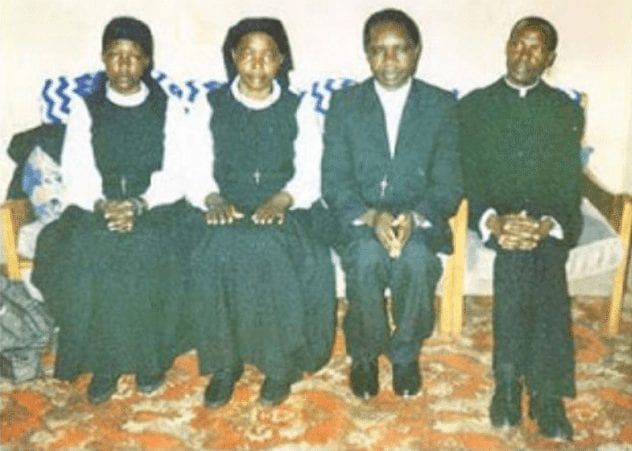 In 1989, Credonia Mwerinde (center left above) started traveling to spread the word that her father had received a vision from Heaven that instructed him to gather believers together in a new church. When she met Joseph Kibwetere (center right above), they found that they were describing some similar visions and prophecies.

Believers thought that the world would end on December 31, 1999, unless everyone started following the Ten Commandments to the letter. That meant nightly prayers, abstaining from worldly pleasures, and communicating in sign language to avoid bearing false witness. Their headquarters was called Noah’s Ark, and it was designated as the place for the Second Coming.

When the End Times didn’t happen, they changed the date to March 17, 2000. On that day, an explosion destroyed much of their church, and investigations uncovered other bodies that had been buried beneath the church and in mass graves. At least 338 people died. 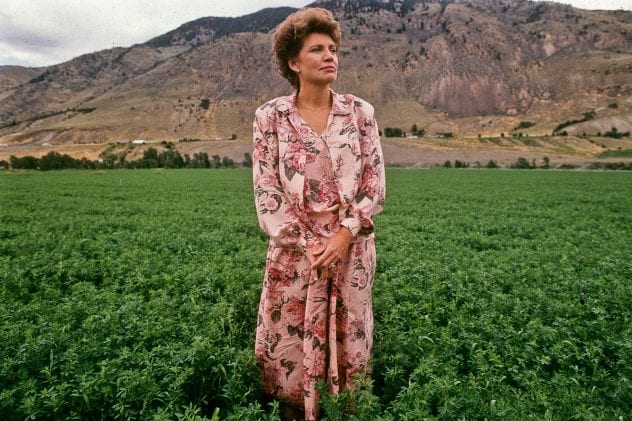 In 1986, Elizabeth Clare Prophet and her followers (who called her “Mother”) settled in Livingston, Montana. Her ranch was envisioned as a retreat where her followers could get away from the dark energy she claimed was consuming the world. Montana was chosen so they could live off the land after the end came.

According to Prophet, the end was going to come in the form of a nuclear apocalypse on March 14, 1990. In the years leading up to the supposed End Times, they acquired 30,000 acres of land, stockpiled weapons, and filled underground tanks with fuel. As they prepared, they prayed, believing that their prayers were helping to keep the world from falling apart around them.

Needless to say, the world didn’t end. Prophet stepped down as leader in 1996. Two years later, she revealed that she had been diagnosed with early-onset Alzheimer’s. 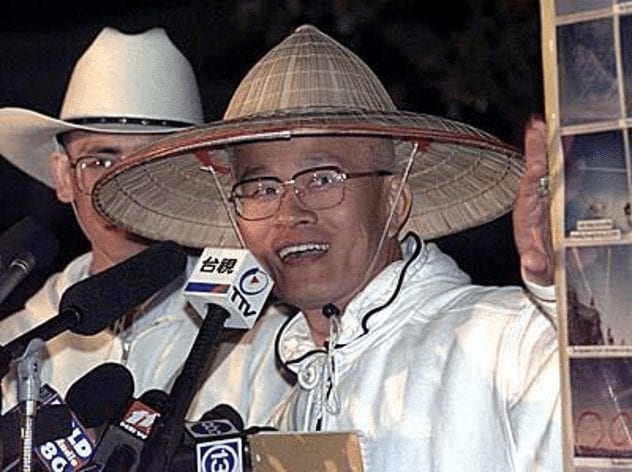 In 1992, Hon-Ming Chen claimed to have received a message from God that told him he needed to devote his life to religion. He came to believe that North America was the “Pureland of God” and that only the US was going to be a safe zone for the End Times. He and his followers left Taiwan for Garland, Texas. While most settled there, Chen started looking for his messiah in Vancouver, Canada. The Canadian Christ was supposed to be a 28-year-old man who was 183 centimeters (6’0″) tall and looked like Abraham Lincoln. No such person was found.

By September 1997, Chen was back in Texas preparing for God’s arrival. God was going to show up at 3513 Ridgedale Drive in a spacecraft at 10:00 AM on March 31, 1998. (One Garland pawn shop prepared for the end with UFO decorations and an “end of the world sale.”)

When God didn’t show, Chen moved the date of the End Times, headed to Olcott, New York, and started preaching that the end would come via nuclear war in 1999. That didn’t happen, either.

Most people are familiar with the tragic events involving the Heaven’s Gate cult. It started when Marshall Applewhite had a heart attack in 1972 and became convinced that the nurse who attended him was one of the witnesses of the Book of Revelation’s apocalypse. The nurse, Bonnie Nettles, also believed, and they gave themselves the names Bo and Peep. They started gathering their flock, settled down, and started teaching what they called “God’s astronaut program.” It all ended—for most members—on March 26, 1997, with a mass suicide.

Two members, Mark and Sarah King, are still out there. When Heaven’s Gate was still active, it founded a web design company called Higher Source. They created a website that would reach out to a whole new part of the population on the then-burgeoning World Wide Web. When Mark and Sarah left the group, they continued to to work outside the cult to keep the website going and keep communication lines open. The site still exists today.

6 The Order Of The Solar Temple 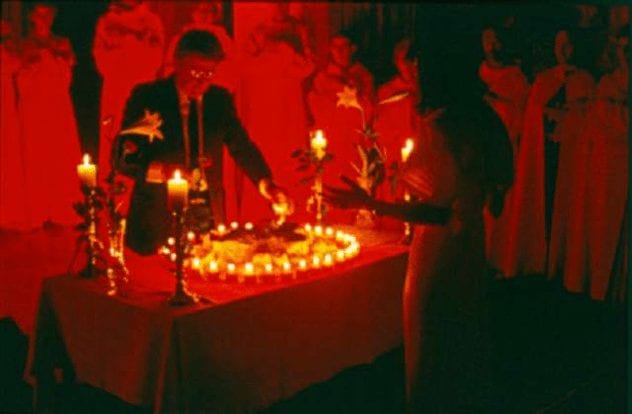 The impressive-sounding Order of the Solar Temple was founded in 1986 by an ex–con man named Joseph Di Mambro. The previous owner of The Centre for the Preparation of the New Age, he and his partner, Luc Jouret, finally settled with their followers in Quebec, preaching that it was the only city that would survive the upcoming end. Members claimed to be spiritual beings given temporary human bodies to warn of the imminent (but undated) apocalypse.

One member, Tony Dutoit, discovered that “visions” cult members were seeing were actually projections from hidden devices. Dutoit’s debunking of the mystic visions—along with his exposure of Di Mambro’s use of cult funds for personal spending—led to the group’s splintering and accusations that the Dutoit’s baby was the Antichrist.

On October 4, 1994, Dutiot, his wife, and his infant son were stabbed to death by two cult members. Only 12 hours later, fires started in cult-owned homes, and authorities found the homes to be pockets of mass suicides as they put out the blazes. Over the next few years, more suicide pockets would be found. 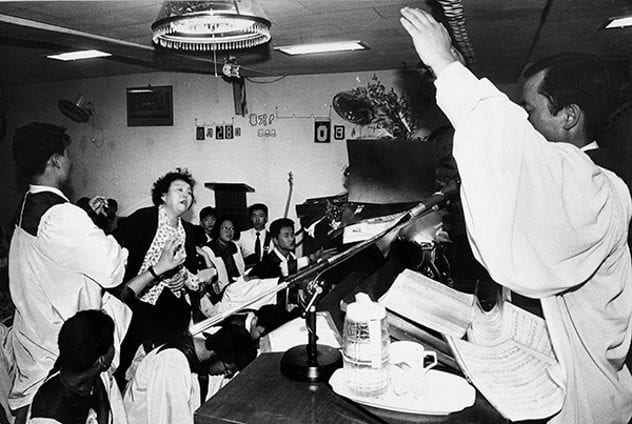 It’s estimated that somewhere around 20,000 people in South Korea believed the message of the pastor of the Dami Mission. Lee Jang Rim had foreseen the beginning of the Rapture and claimed that it was going to take place on October 28, 1992. He was arrested on fraud charges a month before the Rapture was supposed to happen, but around 1,000 people still showed up at the mission’s Seoul headquarters to wait for the beginning of the end.

It’s unclear just how many people were impacted, but the Los Angeles Times reported that countless people quit their jobs, burned all their worldly possessions, got divorced, and gave up their children. Some even committed suicide in preparation for the end.

When the world didn’t end (and when his prison term was up), Rim changed his name to Lee Dap-gye and founded another church. While he still believes that the end is nigh, he no longer gives a date. 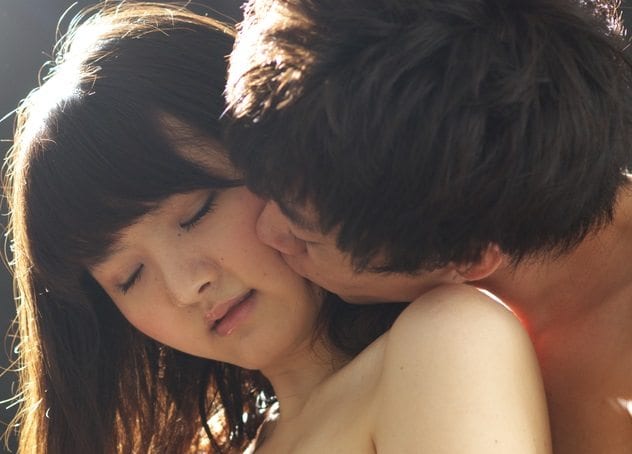 Founded in 1988, the cult “Established King” was also the title of its leader, Wu Yangming. He spread his doctrine throughout the most rural areas of China, preaching that when Christ had risen, Wu had been sent to Earth in his place. His arrival heralded the end of the world, and it was going to happen any time now. Wu taught that only believers would be saved and that in order to save as many people as possible, cult members needed to help overthrow “Satan’s rule,” otherwise known as the Communist Party.

Problems started with Wu’s edict that his followers should be celibate . . . except for sex with him, which allowed him to give “God’s salvation for ordinary people.” When underage girls started coming forward, Wu was taken to court, found guilty, and sentenced to death. 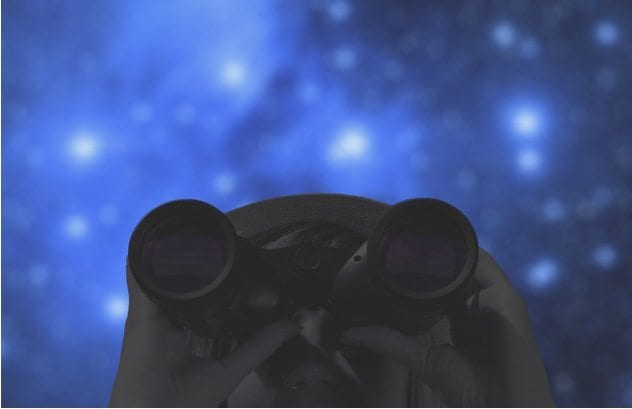 According to Dorothy Martin, she knew that aliens known as the Guardians were writing through her when her arm went numb and her handwriting changed. The first message was a prophecy that a major flood would occur on December 21, 1954, and that was followed by more and more prophecies that never happened.

Again and again, Martin supposedly received messages that her small group of believers needed to get rid of any metal they might have on them and to prepare to board the flying saucers that would shuttle them away from the apocalyptic disasters that were about to happen on Earth. Again and again, no UFOs came. The cult’s repeated attempts at hitching a lift away from the inevitable end provided scientists and researchers with an invaluable look at what happens to cults when prophecies don’t come true. 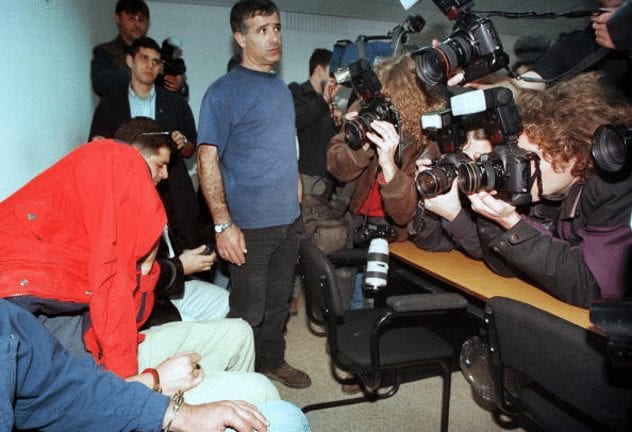 Founded in 1985 by Monte Kim Miller, Concerned Christians started as a branch of Christianity that embraced New Age spirituality as well as traditional views. By the late 1980s, they were condemning more mainstream groups. In the 1990s, they started preaching about the coming end.

According to Miller, Denver was going to be hit by an earthquake on October 10, 1998, which would signal the start. Believing he was one of the two witnesses referred to in Revelation, Miller claimed that it was his destiny to be killed in December 1999 in Jerusalem. He would be resurrected three days later.

When no earthquake happened and the End Times didn’t start, rumors started circulating that the cult was planning some sort of catastrophic event in Israel in hopes of speeding up the apocalypse. Members were arrested and deported in Israel in 1999. Afterward, they refused to speak to outsiders. 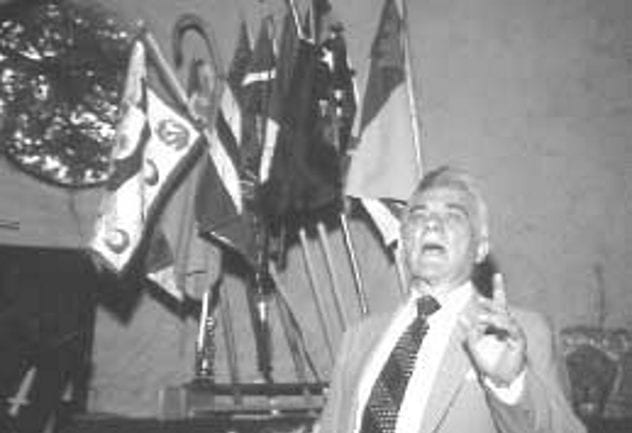 The views of the members of Elohim City are pretty extreme, which isn’t entirely surprising, given their connections to everything from the KKK and neo-Nazis to Timothy McVeigh and the Aryan Republican Army. According to their doctrine, Jews are the children of Satan, and other non-white races are subhuman inhabitants of the planet. Founder Robert Millar claimed that he didn’t wish any ill toward non-white races, but he also believed it was the destiny of the white race to rule.

In the 1990s, Millar foresaw a coming apocalypse that would come to a head in August 1999. He preached that the “Asiatics” were going to invade the United States and that the final tribulation would play out in the form of a race war. His predictions were pretty vague, but he did say that during the upcoming End Times, the Jews were going to pay the ultimate price for the deal they’d made with the Devil. The End Times didn’t come, but Elohim City survived both the failed prophecy and Millar’s death. It’s now led by his son.