Every year, Americans celebrate Thanksgiving on the fourth Thursday of November. It’s supposed to be an occasion to give thanks, but it can sometimes be marred by unsolved murders and disappearances. In some of these cases, the victims were planning to spend Thanksgiving with loved ones before things went horribly wrong. 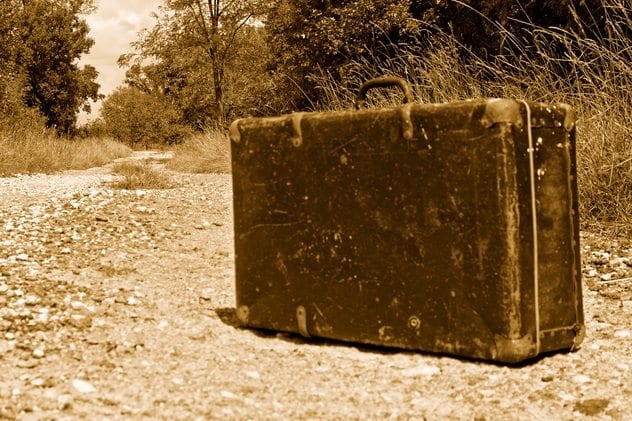 On November 28, 1985, Joe Blount was spending Thanksgiving with his family at their trailer in Lake Worth, Texas, when his 15-year-old daughter, Angela, found a briefcase on the porch. When she opened it, a bomb went off, killing Joe, Angela, and her 18-year-old cousin, Michael Columbus. In 1999, a man named Michael Toney was sentenced to death for the murders.

The prime evidence against Toney was the inconsistent testimony of his ex-wife and former best friend, who claimed they saw him planting the bomb. Toney’s conviction was overturned once it was discovered that the prosecution withheld evidence which cast doubt on his guilt. Toney was released from death row in September 2009 but died in a truck crash only one month later. The bombing of the Blount family is officially unsolved again.

9 The Disappearance Of Karen Mitchell 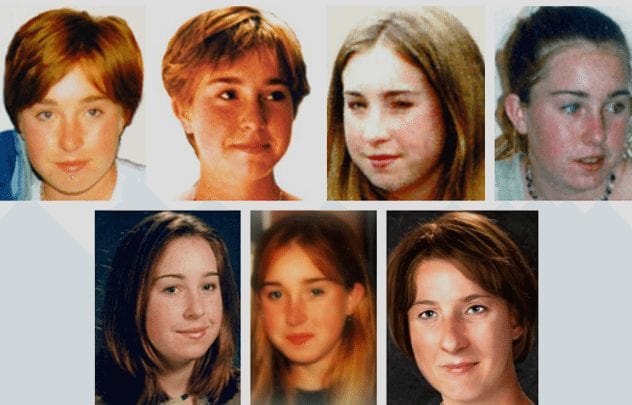 Photos via The Charley Project

On November 25, 1997, 16-year-old Karen Mitchell was off school for Thanksgiving break. After leaving her aunt’s store at the Bayshore Mall in Eureka, California, Karen headed for her workplace but vanished without a trace. A witness reported seeing her climb into a blue sedan driven by an older white male.

One possible suspect is Robert Durst, the eccentric millionaire featured in the HBO documentary series The Jinx. He is believed to be responsible for the 1982 disappearance of his wife, Kathleen Durst, and is currently awaiting trial for the 2000 murder of Susan Berman in Los Angeles. Authorities have attempted to link Durst to other unsolved crimes. Credit card records place him in Eureka on the day Karen went missing. He also matches the description of the driver of the blue sedan, but for the moment, nothing conclusively links Durst to the disappearance.

8 The Murders Of Kimberly Riley And Jeremy Britt-Bayinthavong 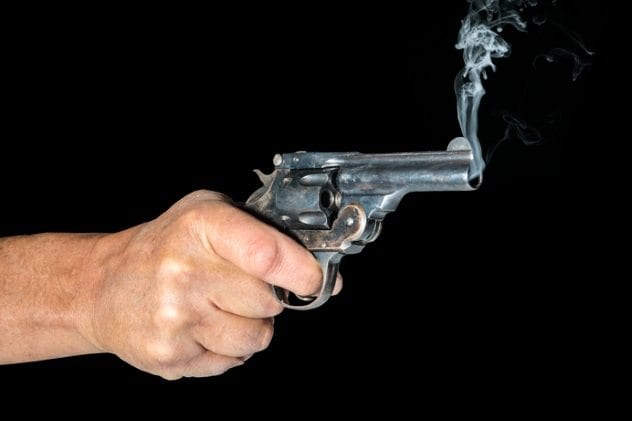 On November 28, 2002, a Thanksgiving get-together was held at the Tacoma, Washington, home of Joseph and Evangeline Britt. One of the attendees was 19-year-old Kimberly Riley, whose brother was friends with the family. That night, an unknown assailant fired several shots through one of the curtained front windows. Kimberly took two gunshots to the chest and died at the hospital.

The tragedy was compounded when one of the Britts’ grandchildren, five-year-old Jeremy Britt-Bayinthavong, was also killed in the shooting. Two other people in the house were wounded but survived. Witnesses saw a man with dark hair fleeing the scene in a pickup truck. To this day, nobody knows the identity of the shooter or his motive for opening fire at a holiday gathering.

7 The Murder Of Beth Lynn Barr 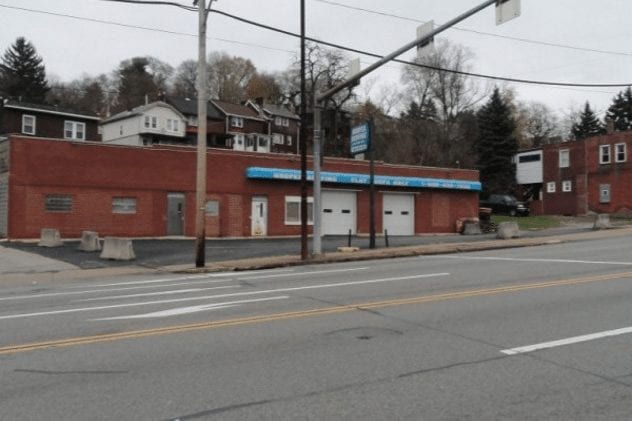 On November 23, 1977, six-year-old Beth Lynn Barr left her school in Wilkinsburg, Pennsylvania, to walk home and spend Thanksgiving with her family. She never arrived, and a witness reported seeing Beth enter a blue sedan driven by an unidentified man. Earlier that day, a woman was approached at a bus stop by a suspicious man in a blue sedan, and she remembered the car’s license number.

The vehicle was found at a nearby rental agency, but records showed that it was not signed out that day. It would not be until March 1979 that Beth’s skeletal remains were discovered in a makeshift grave in a wooded area near Monroeville. She had been stabbed several times in the chest. It’s possible that Beth’s killer stole the sedan to abduct her and returned it to the rental agency before anyone noticed. The perpetrator has never been identified.

6 The Disappearance Of Paul Knockel 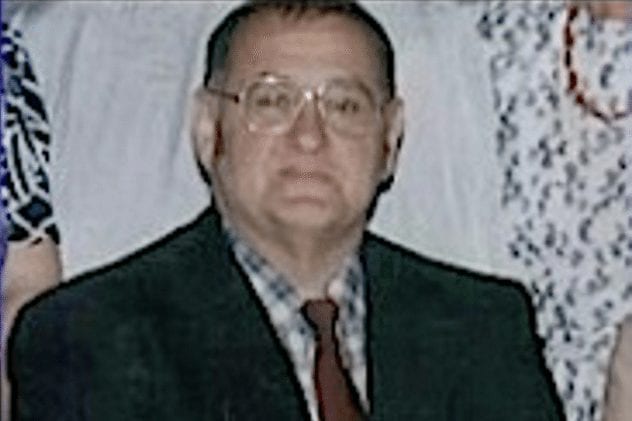 In 1990, 53-year-old Paul Knockel was supposed to have Thanksgiving dinner with his relatives, but he never showed up. When his family went to his house in Dubuque, Iowa, Paul and his vehicle were gone, but his wallet, watch, and shoes had been left behind. After Paul failed to show up at his job a few days later, he was reported missing.

It was hard to pinpoint the last official sighting of Paul. The last time he actually contacted his family was on November 12. One day later, one of Paul’s relatives thought they saw his vehicle parked along Route 151 across the Wisconsin border. Even though Paul did not have a family of his own, he rarely missed Thanksgiving dinner, and his relatives found it unusual that he would disappear. He has not been seen since.

5 The Murder Of John H. Woodruff 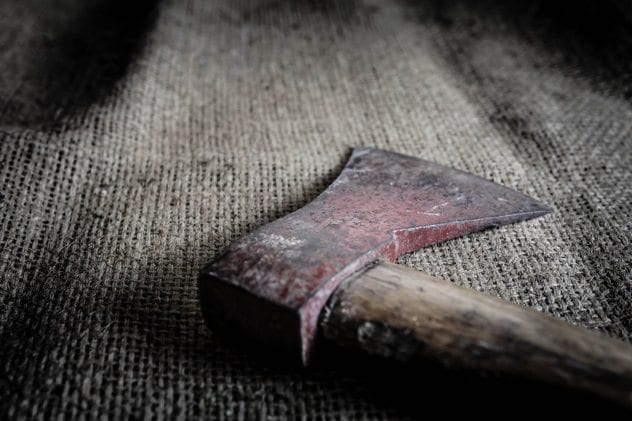 In 1919, John H. Woodruff worked as a game protector in Schenectady County, New York. On November 27, Woodruff left his home to spend Thanksgiving Day patrolling the area. He never returned, and search parties found no trace of him. On April 4, 1921, Woodruff’s remains were found buried underneath stones in a shallow hole near a creek bed.

The entire top half of Woodruff’s skull was detached, which indicated that he had been struck in the head with a large object. According to Woodruff’s wife, he had received a threatening letter months before his death but had destroyed it without revealing its contents. On the day he went missing, a witness reported seeing Woodruff argue with an unidentified man before they walked into the woods where he was eventually found. After nearly a century, John H. Woodruff’s murder remains unsolved. 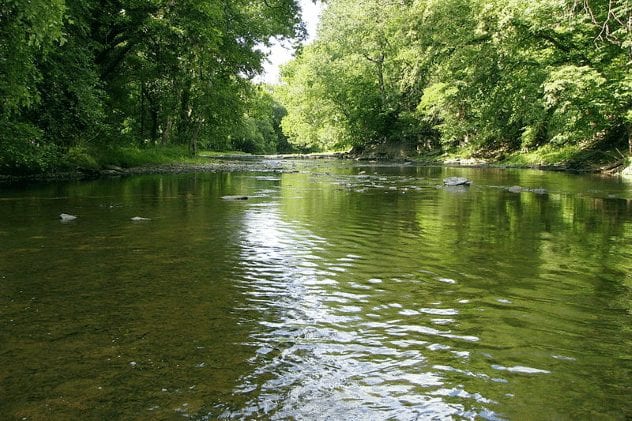 On November 27, 1997, a woman was spending Thanksgiving Day at her boyfriend’s home in Bucks County, Pennsylvania. She was using binoculars to do some bird-watching when she spotted what appeared to be a heron at Neshaminy Creek. It turned out the “heron” was actually a pair of sneakers, which belonged to a decomposing body wedged between some rocks in the creek.

The victim appeared to be a black male in his late teens or early twenties. He carried no identification but wore green Tommy Hilfiger clothing. It was estimated that his body had only been in the creek for a few days. No match could be made between the victim and any missing persons from the area. His cause of death was never determined, and he remains unidentified.

3 The Murders Of Courtney Lindsay And Angelita Gauntlett 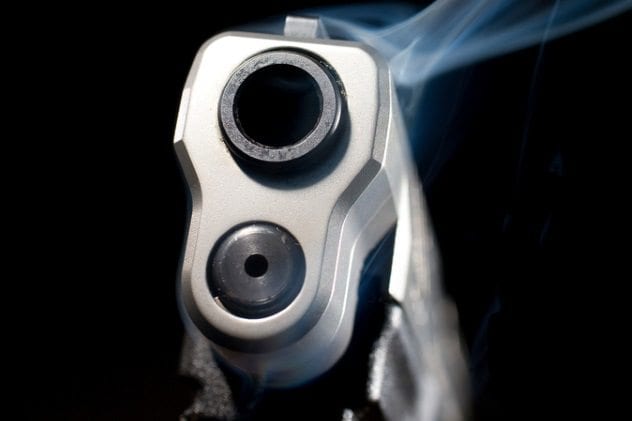 On November 23, 1989, a couple named Courtney Lindsay and Angelita Gauntlett decided to spend Thanksgiving night at a party in Miramar, Florida. They were accompanied by their friend, Cecilia Best. When they left the party, a gunman chased them back to their home. He blocked their vehicle and opened fire. Lindsay and Gauntlett were killed, but Best survived her wounds.

The gunman was identified as a suspected drug trafficker known only as “Bull.” The motive for the shooting was unknown, but authorities wondered if it was connected to Lindsay’s former job as a police officer in his native Jamaica. Bull was alleged to have been involved in a Jamaican gang with ties to organized crime. Even though Bull’s face was captured in a home video at the party, he has never been found, and his real name is unknown.

2 The Disappearance Of Cynthia Alonzo 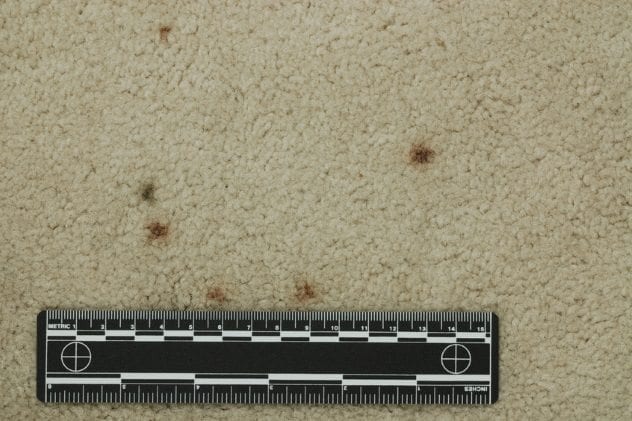 On November 25, 2004, 48-year-old Oakland resident Cynthia Alonzo told her neighbors she was going to visit her mother for Thanksgiving dinner. She was last seen getting into a vehicle driven by her boyfriend, Eric Mora. Cynthia did not arrive for Thanksgiving and was never seen again. At the time, the relationship between Cynthia and Eric was troubled. When police questioned Eric, they noticed scratches on his hands and found traces of Cynthia’s blood in his house.

In 2012, Eric was convicted of Cynthia’s murder, largely on the testimony of a jailhouse informant who claimed Eric confessed to the crime. However, in March 2016, his conviction was overturned because his defense was not allowed to present evidence at his trial which pointed to other potential suspects in Cynthia’s disappearance. Eric Mora is currently awaiting a second trial. Cynthia Alonzo’s body has never been found.

1 The Murder Of Soulja Slim 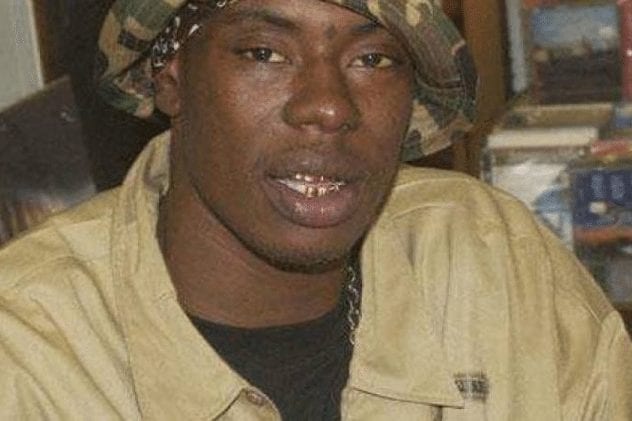 James Tapp was a New Orleans–based rapper who performed under the name “Soulja Slim.” Soulja Slim achieved his greatest success when he collaborated with fellow rapper Juvenile to record the single “Slow Motion,” which became a number-one Billboard hit in 2004. Unfortunately for Slim, he was murdered six months before its release.

On November 26, 2003, the night before Thanksgiving, Slim had arrived at his mother’s house when he was shot four times on the front lawn. One month later, police arrested a suspect named Garelle Smith, who had allegedly been paid $10,000 for a hit. However, no witnesses would testify against Smith, so the murder charge was dropped.

Over the years, Smith was implicated in two more murders but could not be prosecuted since no one would testify against him. In August 2011, Smith himself was shot to death, so Soulja Slim’s murder remains an unsolved mystery.