One of the most contentious issues in a modern democracy like the United States is the wall of separation between the church and the state. In the US, this phrase is used incorrectly by many as they either assert their religious beliefs on the public or fear that those same beliefs are being threatened by the government. Like any judicial precedence, it is vastly misunderstood.

10 It’s In The Constitution 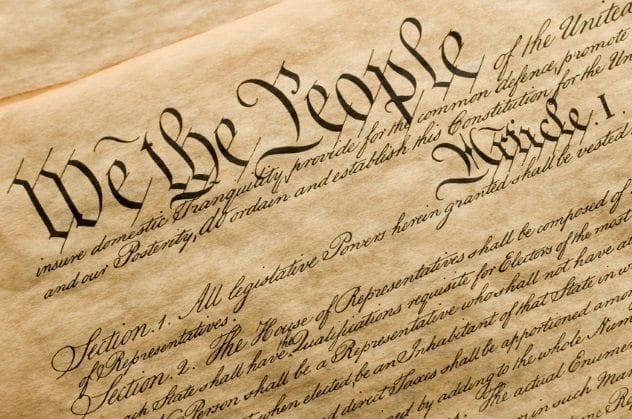 Though separation of church and state is not in the Constitution, it has become jurisprudence due to the Supreme Court decision of Reynolds v. United States in 1879, where the Court wrote that Jefferson’s words “may be accepted almost as an authoritative declaration of the scope and effect of the Amendment.”

9 It Was Enacted To Protect The State From Religious Coercion 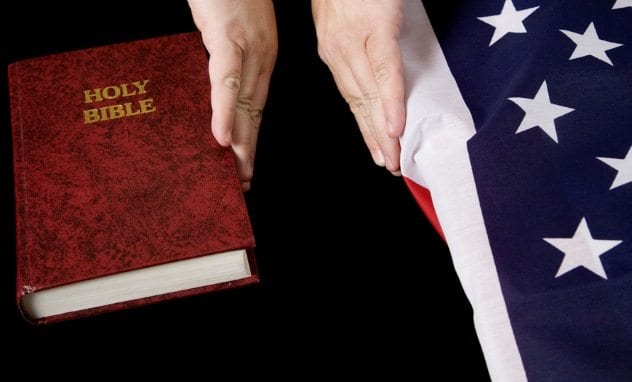 Many people believe that the wall was implemented to protect the state from religious influence. The wall is indeed meant to do that, but it’s also meant to protect religion(s) from state influence. In this sense, the use of the word “wall” established a figurative barrier between the two sides so that neither can influence the other.

This has allowed the people of the United States to freely practice whichever religion they choose—with the legal ability to challenge the state when those religious practices are threatened. This first arose in Everson v. Board of Education in 1947, when the Supreme Court found that public funds could not pay for transportation to both public and private (in this case, Catholic) schools: “The First Amendment has erected a wall between church and state. That wall must be kept high and impregnable. We could not approve the slightest breach.”

8 Religious Leaders Do Not Support Separation Of Church And State 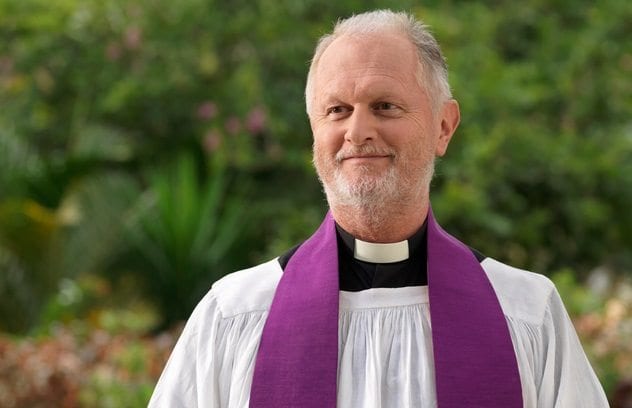 Some religious leaders advocate dismantling the wall and turning the US into a theocracy, but they’re only a vocal minority. The vast majority of religious leaders are steadfastly opposed to this and want no political influence in their affairs.

The origin of the wall comes from religious leaders and theologians such as Roger Williams. Enlightenment philosophies pushed the mostly deist Founding Fathers to further this approach to the interaction between church and state. It was a revolutionary idea in the 18th century but has since become the norm in almost every Western society. The Catholic Church historically had political influence throughout Europe but has adapted to embrace the wall of separation in the modern era.

7 It Originated In The First Amendment 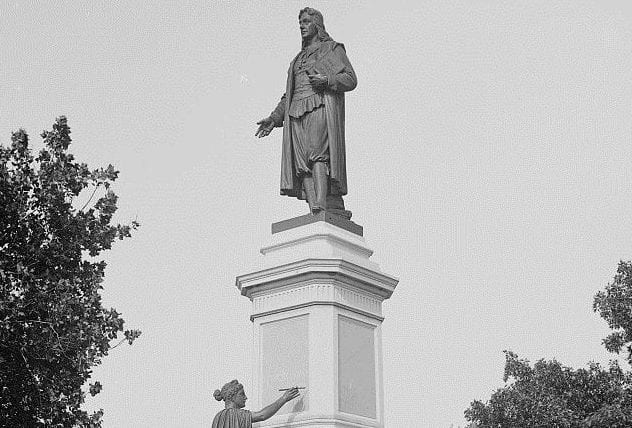 It is true that the Establishment Clause and Jefferson’s letter established the separation of church and state in US politics, but the idea did not originate there. The first person to bring up what would eventually be described as a wall was Roger Williams, a 17th-century British theologian. Williams wrote, “When they [the church] have opened a gap in the hedge or wall of separation between the garden of the church and the wilderness of the world, God hath ever broke down the wall itself, removed the candlestick, and made His garden a wilderness, as at this day.”

It was this statement that likely helped guide Jefferson in his development of the wall of separation between church and state. Williams’s desire for religious liberty demanded that a wall exist between the garden (church) and the state (the wilderness of the world). 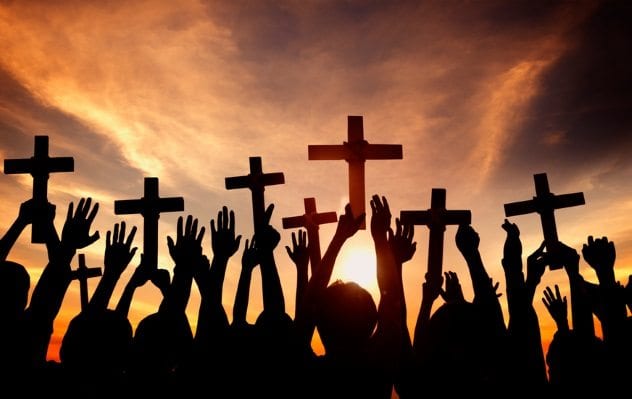 According to a Pew Research poll, 71 percent of Americans identify as Christian. In many ways, the misconception that the United States is a Christian nation stems from people’s belief that in a democracy, majority rules. That is only true in some aspects; the true nature of a democracy is to protect the minority from the “tyranny of the majority.”

The United States was founded, and remains, a secular nation. This is essentially guaranteed by the Establishment Clause, which protects the religious freedoms of its citizens while also protecting the citizens from religious influence. Because the Constitution and its Amendments are the laws upon which the government is based and are entirely secular, so, too, is the nation upon which it was founded.

5 It Applied To The Entire Nation From The Beginning 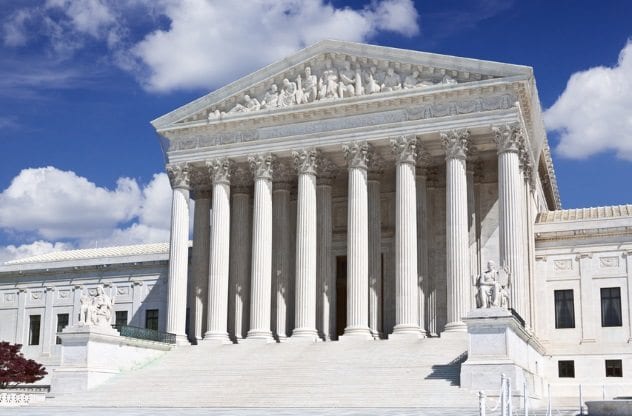 Until the decision of Everson v. Board of Education (1947), the wall did not apply to the states themselves. The finding in Everson relied heavily on the Justices’ interpretation of the Fourteenth Amendment related to due process. Before this decision, the Establishment Clause applied only to federal legislature.

Because of this decision, further cases were brought to the Supreme Court to address prayer in school, blasphemy laws, and other religion-based mandates throughout the states, which the court ultimately deemed unconstitutional. One such case, Edgar v. Vitale in 1962, addressed mandated prayer in public schools. The court found that it was “a matter of history that this very practice of establishing governmentally composed prayers for religious services was one of the reasons which caused many of our early colonists to leave England and seek religious freedom in America.”

4 The Wall Of Separation Has Removed God From Public Schools 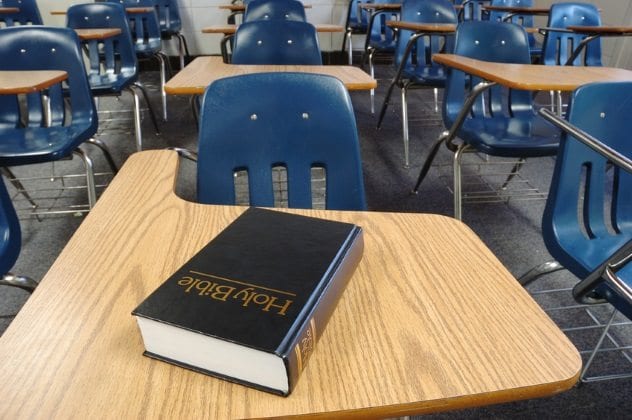 The wall has been cited as a reason to ban mandated prayer in public schools since Edgar v. Vitale, but it never banned prayer, religion, or God from public schools or the public square. The only limit the Establishment Clause has placed on public prayer is that it cannot be government-mandated or funded.

This means that a public institution like a school that receives funds from the government cannot institute mandatory prayer. People are welcome to pray and practice their religions as they please. It is the government institution itself that is unable to do so, not the people. Public practice is not only allowed, but is protected. 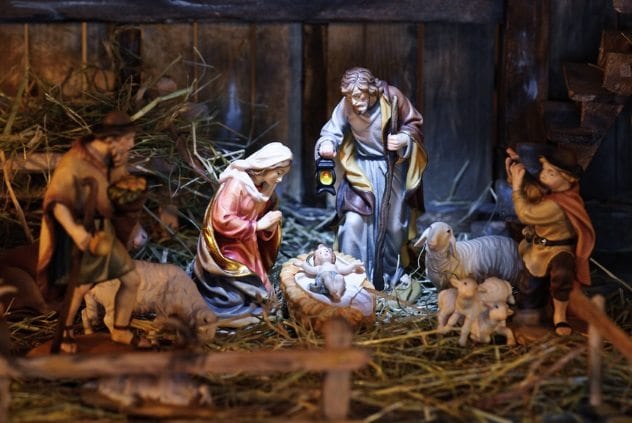 Every Christmas, people get up in arms about a Nativity scene being displayed on public grounds. The misconception is that such a religious scene suggests support for one religion over the others and is therefore in violation of the Establishment Clause. This is both true and false. If public funds were used to create and maintain the scene, and no others from different faiths were allowed, then it would be against the separation of church and state.

Courthouses are aware of the laws of the land, and it is not a violation of the wall to allow for any and all displays. Because of this, Satanic, Flying Spaghetti Monster, and similar religious or irreligious displays have been popping up every year on courthouse lawns. Simply put, no public funds and complete inclusion without preferential treatment means that any display can exist on public grounds such as a courthouse. 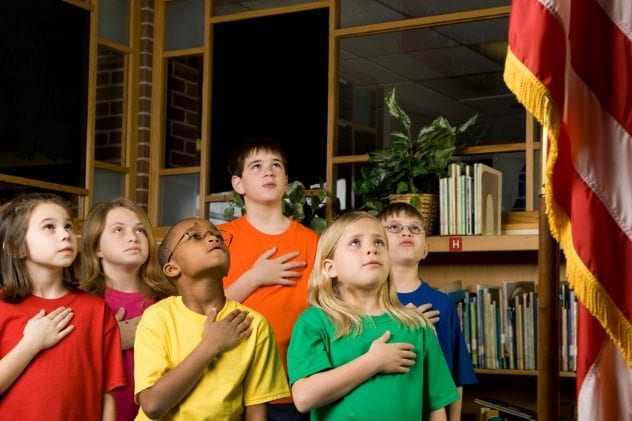 Every so often, someone comes out against “Under God” in the Pledge of Allegiance or the nation’s current motto, “In God We Trust,” as being in violation of the Establishment Clause. More than once, the Supreme Court has refused to hear cases on this and has often deferred to lower courts’ decisions, which has left the terms as being constitutional. This is because people are in no way required by law to say these things.

A child can sit in class quietly during the Pledge or omit the phrase if they choose to. A person can choose to affirm instead of swear when giving testimony in court or taking a position of public office. Unless a law is written mandating these things be said in an official capacity, the very existence of them in the public and government square will remain constitutional and not in violation of the Establishment Clause.

1 Separation Of Church And State Initiated A War On Christmas! 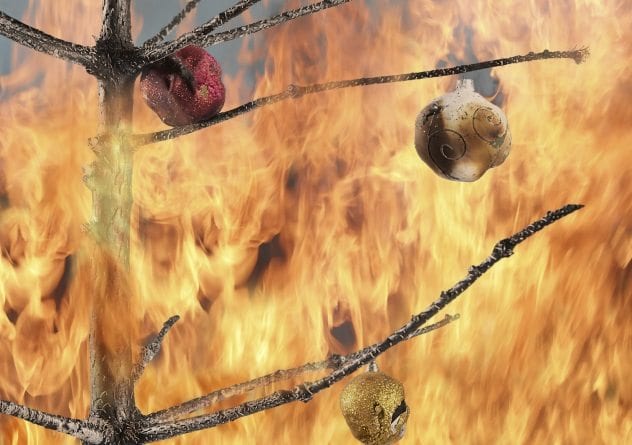 Whether it’s the liberal left or the “atheist agenda” being cited as the cause, people on the political right have claimed that there is a war on Christmas going on in the United States. Both sides of this argument seem to believe that the separation of church and state either prohibits and/or allows for the display or discussion of Christmas in public places. As December rolls around, pundits on Fox News tend to accuse the left of prohibiting people from saying “Merry Christmas” and forcing them to say “Happy Holidays” instead.

Thanks to the First Amendment’s protections on religious practice and free speech, you can say “Merry Christmas” all you want. While it could offend some, people don’t have a right to not be offended.