The Southern Poverty Law Center calls the Westboro Baptist Church (WBC) “arguably the most obnoxious and rabid hate group in America.”[1] They became notorious for their protests of military funerals and their message, “God Hates America.” An Internet Explorer search for “God Hates Fags” takes you directly to Westboro’s web page.

The WBC does more picketing than praying. While they are known for their hatred of homosexuals, they have also protested the Southern Baptist Convention, Comic-Con, Kansas City Chiefs football games, and Broadway musicals. Even the Ku Klux Klan has denounced the WBC. Here are ten weird facts about the church so terrible that even the KKK wants nothing to do with them.

10 They Hate Christians, Too 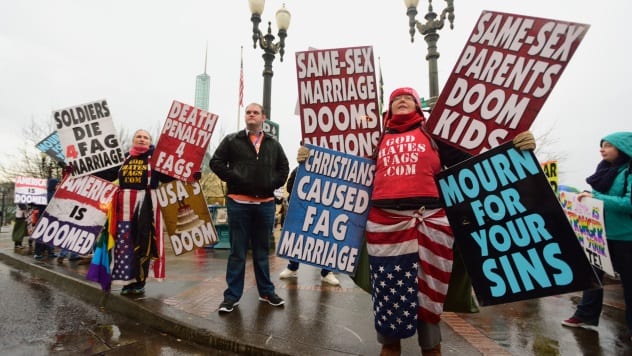 Even though Westboro considers itself a Primitive Baptist Church, it has no affiliation with any church or denomination nor any desire to cooperate with other organizations, not even other Baptist ones. The WBC equates membership in most religious groups with Devil worship.

9 They Are Almost All From The Same Family 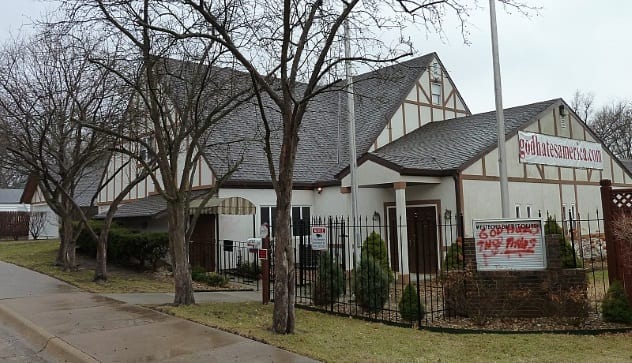 From 1955 to 2014, senior pastor Fred Phelps led the dynasty along with nine of his children. Few outsiders have joined their ranks.

The Westboro Baptist Church compound has four homes in a Topeka, Kansas, neighborhood.[3] All four houses share a large, fenced backyard surrounded by security gates, cameras, and a large banner advertising the WBC. They do not spend time with outsiders. The WBC only has around 70 members, and their numbers continue to decline.

8 Many People Are Leaving The WBC 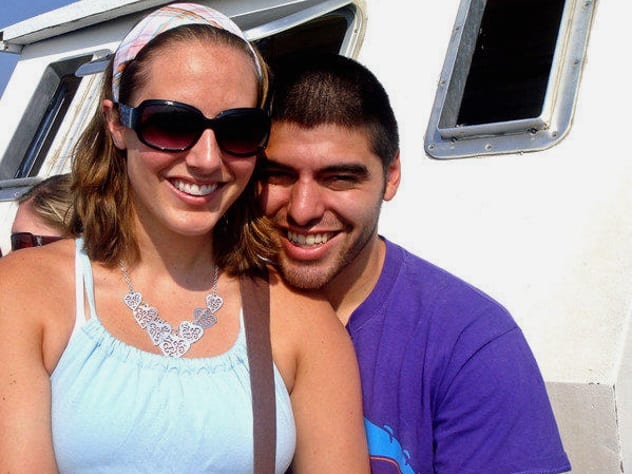 Four of Fred Phelps’s 13 children have fled the church. Over 20 teens and young adults, mostly Phelps’s grandchildren, have abandoned the church in recent years. In 2013, WBC spokesman Steve Drain said he wasn’t concerned about the departures. “They’re not of us,” he said. “They want to define God in their own terms. Good luck with that.”

While many have been burned by the organization’s hate-filled protests, no group has been as damaged as the children growing up inside the WBC. With virtually no contact with the outside world, they are assimilated into the church’s machine in childhood.

Libby Phelps, author of Girl on a Wire: Walking the Line Between Faith and Freedom in the Westboro Baptist Church and granddaughter of Fred Phelps, fled the community in 2009, at age 25. From a young age, Libby was picketing with the WBC even though she didn’t know what a homosexual was. She saw the protests as just another outing with the cousins.

After the terrorist attacks on September 11, 2001, church members were rejoicing at God’s judgment on the US. But Libby didn’t share their excitement. When her cousin Joshua left the church, Libby was not allowed to contact him. When Libby and her sisters were photographed at the beach wearing bikinis, the church staged an intervention. Libby decided she had to leave.[4]

7 They Excommunicated Their Longtime Leader 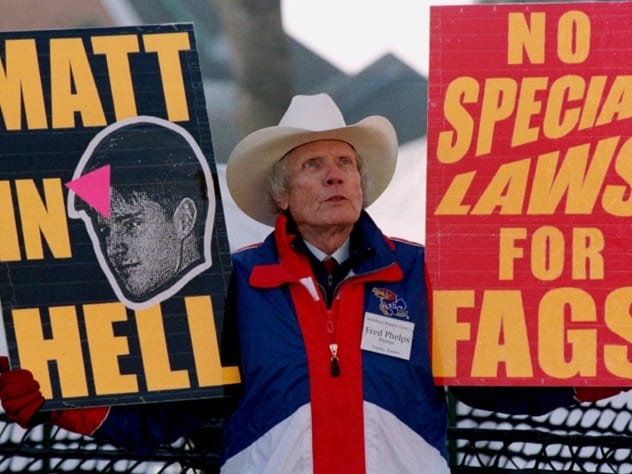 Believe it or not, Fred Phelps was reportedly voted out of the WBC in late 2013, less than a year before he died. News media gathered most of their information from Nate Phelps, estranged son of Fred Phelps. The church was unwilling to talk to the media. We don’t owe any talk to you about that,” Westboro spokesman Steve Drain told The Topeka Capital-Journal. “We don’t discuss our internal church dealings with anybody.”[5]

There was no funeral for Fred Phelps when he died in 2014. One of his children tweeted, “We don’t worship the dead in this church.” 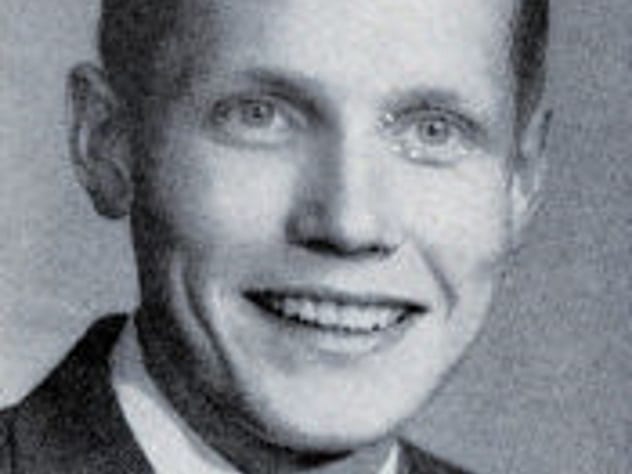 Fred Phelps, who was once a lawyer, moved to Topeka in 1954, the year the Supreme Court banned segregation in Brown v. Board of Education of Topeka. Topeka civil rights activist Jack Alexander remembers that Phelps took discrimination cases that other lawyers were unwilling to take on. He defended many African Americans when other lawyers would not.[6]

But Nate Phelps claims his father had racist attitudes even as he worked to end discrimination. He often made racist remarks: “They would come into his office and after they left, he would talk about stupid they were and call them dumb n—ers.” The Kansas Supreme Court disbarred Phelps in 1979 for witness badgering.

5 The Atheist Who Joined The WBC 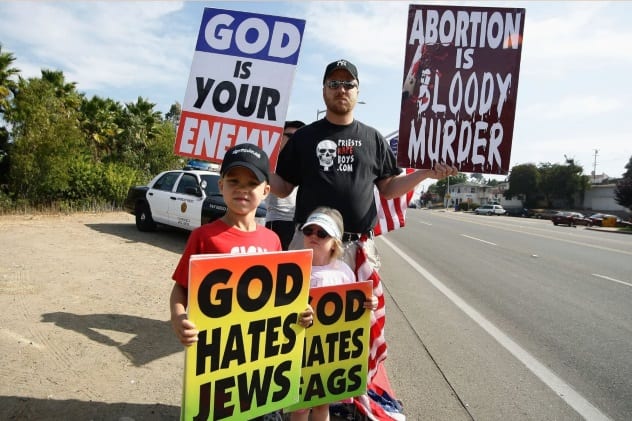 In 2001, at age 35, Steve Drain considered himself an atheist. That year, he traveled to Topeka to make Hatemongers, a documentary about the WBC. But after he met with WBC members, he joined the movement. Drain later said he’d expected Fred Phelps to be a “Barnumesque snake-oil salesman.” After spending time with Phelps, Drain decided he was “the most misunderstood man alive.”[7]

Drain moved his family from Tampa to Topeka to join the church. He quickly became a part of the inner circle, creating signs that said “God Hates Fags” and “God Hates America” and producing hundreds of videos for the WBC’s website.

4 They Are A Well-Educated Group 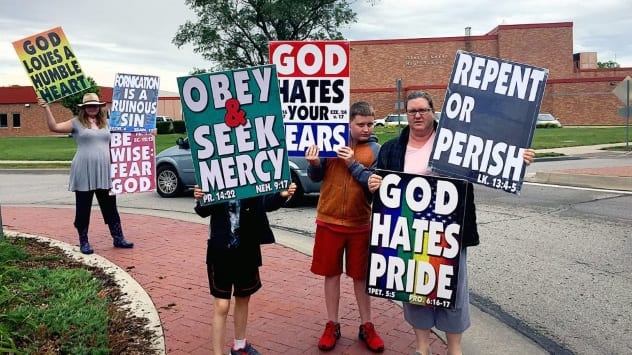 WBC kids go to public school and excel in academics. They watch current television programs and listen to popular music. They are savvy about the Internet and social media. (Libby Phelps used to represent the WBC on Twitter.) They are expected to be as knowledgeable about world events as they are about verses in the Bible. The WBC finances college education for its members.

Many of Fred Phelps’s children are lawyers.[8] They run a law firm founded by their father, and the WBC has been involved in many lawsuits. (We’ll get back to that.)

Even though WBC teens attend public school, they socialize only with each other. Dating is not allowed at any age.

Lauren Drain, daughter of Steve Drain, was expelled from the WBC in 2008 at age 22 for communicating with a man online and over the phone. In her memoir, Banished: Surviving My Years in the Westboro Baptist Church, she described her teen years. Her family joined the church when she was 15, and she initially embraced the organization’s teachings. She became an active picketer and a vocal member.

Ultimately, however, she was forced to leave her family home. After she left, her father removed all pictures of her and disowned her. He did not attend her wedding. Both Lauren and fellow defector Libby Phelps learned that the WBC can be cruel to former members. They consider themselves “poster children for the evils of the world.” Church defectors have a hard time adjusting to normal life after the strict regime of the WBC.[9] 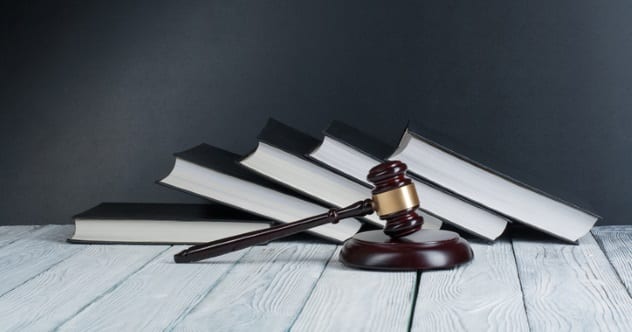 The WBC spends $200,000 to $300,000 per year on travel expenses for picketing. WBC members are required to donate 30 percent of their income to the church. Most of the members have lucrative jobs. Many of them are lawyers, as previously mentioned.

The WBC also makes money from litigation. In the 1990s, they received $43,000 in legal fees from the city of Topeka due to the latter providing inadequate protection for the members during protests. In 1995, they received over $100,000 in a legal action against Kansas’s Funeral Picketing Act, arguing that it violated their First Amendment rights.[10] 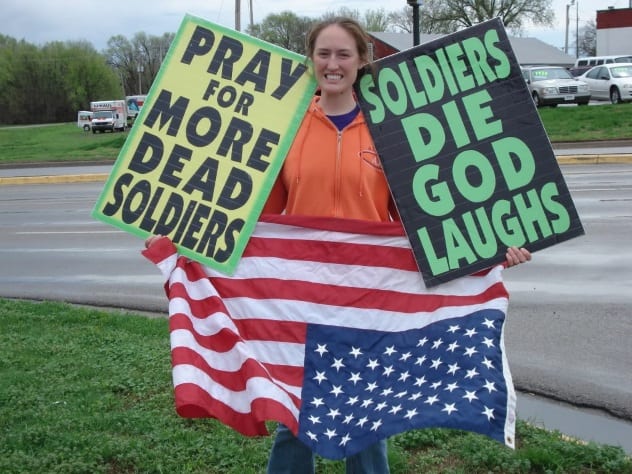 As mentioned in the beginning, the Westboro Baptist Church even disgusts the infamous Ku Klux Klan.

When the WBC protested Memorial Day observances at Arlington National Cemetery in 2011, the Knights of the Southern Cross, a branch of the KKK, assembled outside to protest. Imperial Wizard Dennis LaBonte told CNN that his group came to support the troops. “It’s the soldier that fought and died and gave them the right to free speech,” he asserted.[11]

One more, just in case.

+ They Use Music As A Hate Tool 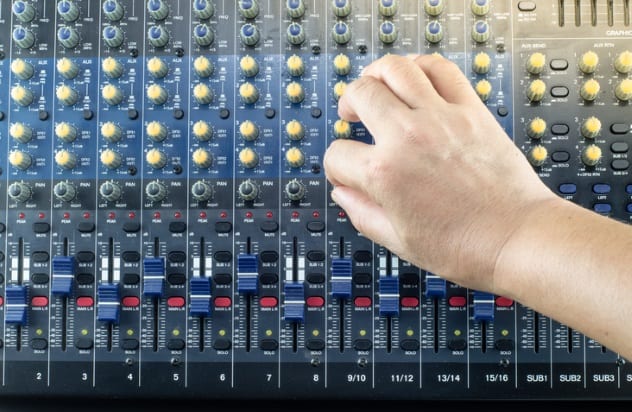 The WBC has created more parodies than Weird Al Yankovic.

When Michael Jackson died, the WBC planned to picket his funeral. They parodied “We Are the World,” singing instead their version: “God Hates The World.”

God hates the world and all her people
You everyone face a fiery day for your proud sinning
It’s too late to change his mind, you lived out your vain lives
Storing up God’s wrath for all eternity [12]

Lou Hunley is a librarian who enjoys researching history. When she’s not reading or writing, she enjoys playing pickleball, rock climbing, and biking.