Most battles are only one of many that help to decide the fate of kingdoms and empires. On occasion, however, there is a battle so epic that its outcome can lead to the complete destruction of civilizations, a decline from which they never recover, or their handing over to a greater force. Here are ten ancient battles that ended empires, destroyed armies, and changed history. 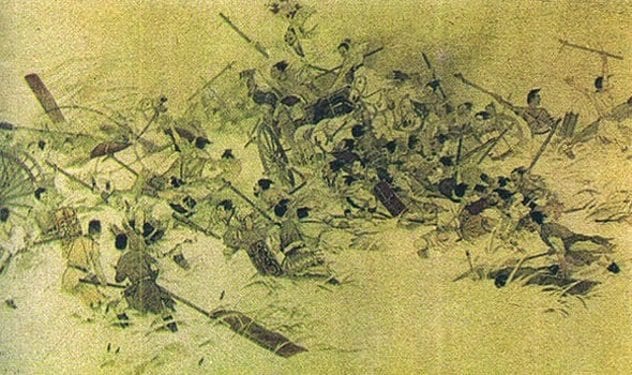 The Battle of Muye was fought between the tribes of Zhou against the Shang Dynasty for control over China. The Zhou army consisted of 50,000 skilled soldiers, while the much stronger Shang forces exceeded 530,000, with an additional 170,000 armed slaves. The Shang slaves defected to the Zhou, which greatly demoralized the remaining soldiers, many of whom also defected. The ensuing battle was fierce, and the Shang forces were easily defeated by the better-trained Zhou. 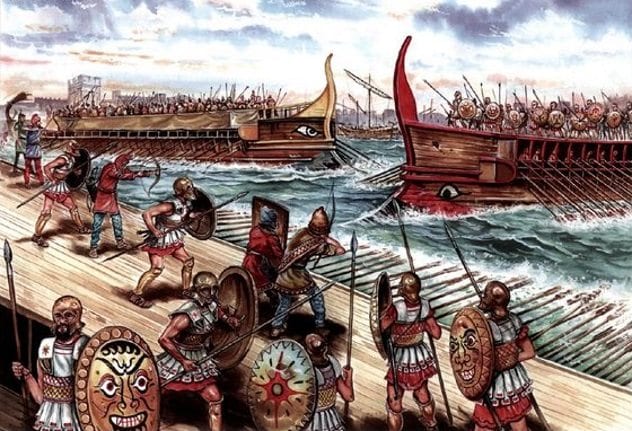 As the Peloponnesian War was being fought in Greece, Athens sent an expedition to Syracuse, the most powerful state on the island of Sicily. The expedition began as a light force of 20 ships before being boosted into a naval armada of more than 200 ships with over 10,000 troops. By the time the armada reached Syracuse, the city was already supported by Sparta. The entire fleet and its troops were either killed or surrendered to the Sicilians, resulting in a massive blow to Athenian manpower and morale.

The defeat was so widespread that it became the turning point in the war. It is considered to be the most devastating single loss of any similar expedition in history, and Athens never fully recovered, ensuring Sparta’s victory by the end of the conflict in 404 BC. 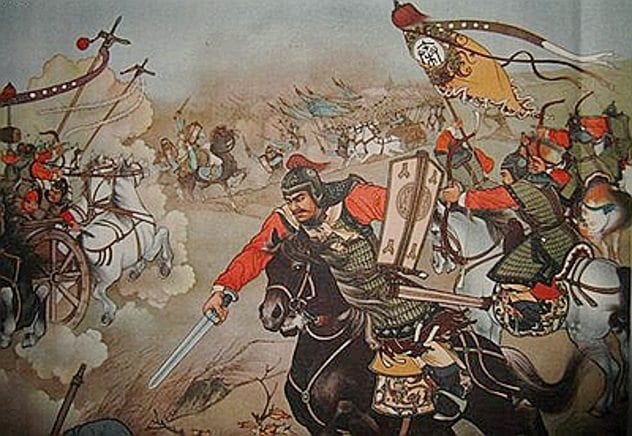 The Battle of Changping was one of the bloodiest battles of China’s Warring States Period. It was fought between the states of Qin and Zhao. The Qin army had a numeric advantage over the Zhao, with the Qin’s force totaling 550,000 men versus Zhao’s 450,000. Nearly all of the Zhao army was killed in the aftermath of the fighting. Approximately 50,000 Zhao were killed in the battle, and an estimated 400,000 were captured and buried alive.

Zhao was unable to recover from the defeat, which only bolstered Qin’s standing among the remaining states, which could not mount a large enough alliance to challenge the Qin. The Warring States period continued for three decades, but the continuous expansion of Qin made the issue of their dominance a certainty. By 221 BC, Qin had successfully unified China. 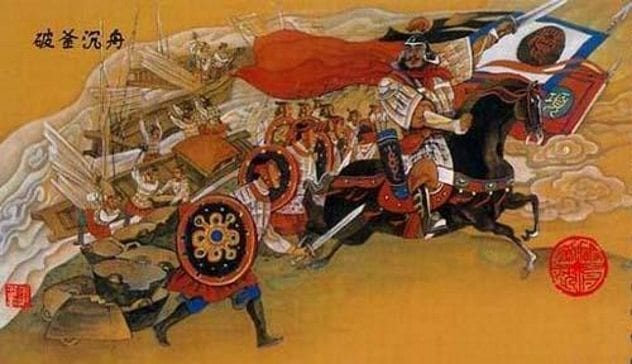 The Battle of Julu was fought between the rebel forces of the insurgent state of Chu and the Qin Dynasty. The rebels amassed a force of between 50,000 to 60,000 men to fight against a Qin army of 200,000. The Chu were commanded by Xiang Yu, who sent his men across the Yellow River with only three days of supplies and no means of procuring more without successfully defeating and pillaging the enemy. What followed were nine bloody engagements that resulted in more than 100,000 Qin deaths.

The crippling defeat forced the Qin commander, General She Jian, to throw himself into a fire rather than surrender. The Chu destroyed the remaining Qin army, leaving 200,000 men as prisoners of war. Not wanting to test their loyalty or the limits of his resources, Xiang Yu had all of the captured Qin soldiers buried alive. 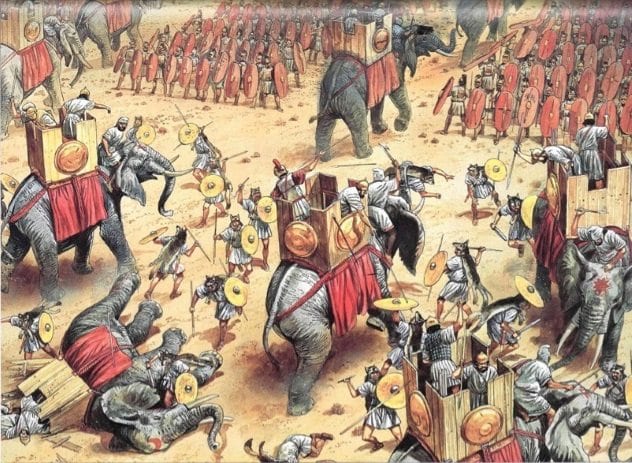 Photo via the Pennsylvania State University

The Battle of Zama marked the end of the Second Punic War and resulted in the defeat of Hannibal. Under the command of Scipio, the Romans devised a plan to defeat Hannibal’s war elephants.

Roman skirmishers blew their horns and beat their drums, frightening several of the elephants, which turned and rampaged against the Carthaginian troops. The remaining elephants ran harmlessly through the columns and were easily dispatched. The battle intensified as each line clashed until the Roman cavalry was able to encircle the Carthaginian infantry and win the battle.

Hannibal escaped, though his losses were severe: 20,000 dead and 20,000 more captured. The loss was so devastating to Carthage that they were never able to challenge Rome again. 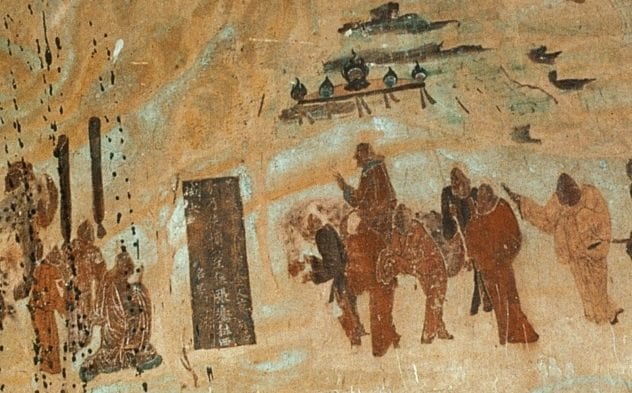 The Battle of Mobei (or the Battle of the Northern Desert) was a hard-fought military campaign led by the Han Dynasty against the Xiongnu, a nomadic tribe. The Xiongnu were barbarians to the Han, who had maintained a contentious relationship over the years due to the security of their northern borders. Xiongnu strength had increased following the fall of Qin and the Chinese Civil War, but the Han launched an offensive to challenge their strength.

The Xiongnu suffered a much greater loss and were never able to recover from their defeat. Within a few years, the Xiongnu would be nothing more than a small group of clans. 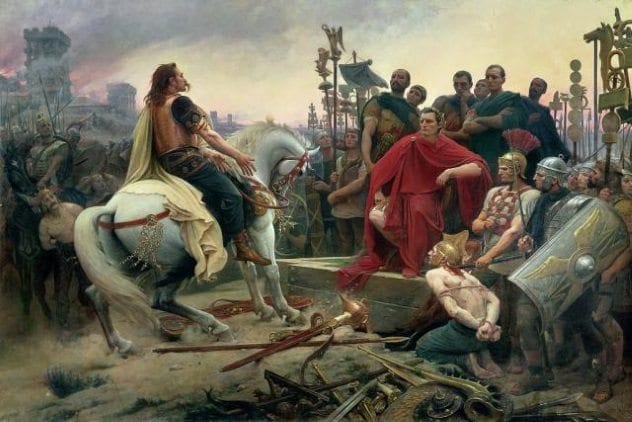 By September 52 BC, the forces of Julius Caesar were facing a confederation of Gallic tribes commanded by Vercingetorix. In the final engagement between Rome and Gaul, Caesar conducted one of the most tactful sieges in history. With a force of 12 legions (approximately 60,000 men) and 120,000 Gaul allied-auxiliaries, Caesar besieged a Gallic force nearly four times the size of his.

The battle itself is considered to be one of Caesar’s greatest military achievements due to his use of a circumvallation around Alesia. He ordered the construction of numerous, heavily fortified forts to encircle and blockade the city so that he could “starve out” the Gallic forces. His investment paid off, as the Gauls failed to break the Roman defenses despite numerous attempts, further weakening themselves. By the end of the battle, Vercingetorix was surrendered to Caesar. The Siege of Alesia ended Gallic independence from Rome and won a substantial victory for Caesar.

3 The Battle Of Philippi
42 BC 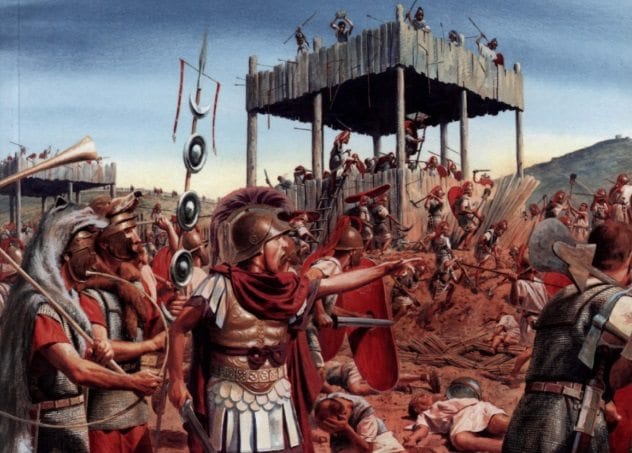 Caesar’s conquest of Gaul created a political crisis in Rome, which lead to civil war. He was soon assassinated by members of the Roman Senate, which sparked a second civil war declared by the Second Triumvirate of Mark Antony and Octavian. The forces of Brutus and Cassius fought their final battle against the Triumvirate at Philippi in 42 BC.

The battle was split into two fronts, which saw Antony face Cassius and Octavian against Brutus. Antony made short work of Cassius and defeated much of his army. Cassius committed suicide on the false report that Brutus’ forces were likewise destroyed, even as those men were forcing their way into Octavian’s legions’ camps. Antony joined Octavian, and the two overwhelmed Brutus, who committed suicide in defeat.

With the last remnants of the old Republic destroyed, the Triumvirate took control of Rome, which soon became a new empire under Caesar Augustus (Octavian).

2 The Battle Of Teutoburg Forest
AD 9 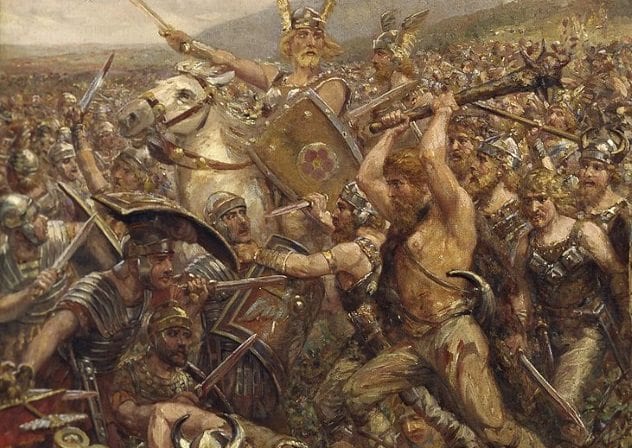 If the Roman Republic and Empire were known for anything, it was their rapid and continuous expansion throughout Europe and Asia. It took mighty armies of unregulated barbarian tribes to put much of this expansion to a final halt in AD 9, after the Battle of Teutoburg Forest. The battle was the result of an ambush made by an alliance of Germanic tribes, who attacked and completely destroyed three Roman legions and their auxiliaries.

The blow was devastating to Roman morale, and despite several successful incursions in the following years, Rome never again attempted to defeat the Germanic tribes north of the Rhine. The Battle of Teutoburg Forest is remembered as one of the worst defeats in Roman history as well as a turning point in their military strategy of northward expansion. 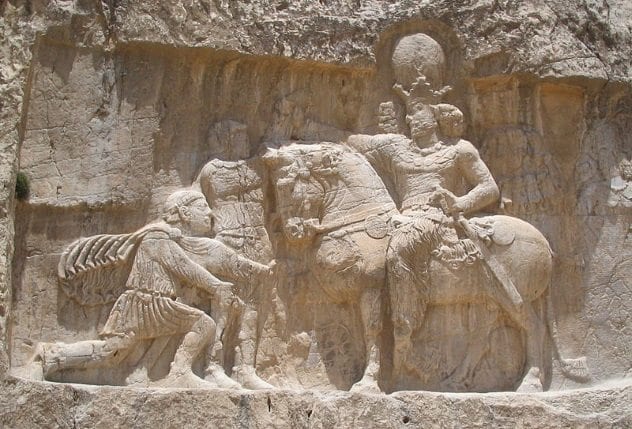 Rome never fully recovered from their defeat at Edessa, which had long-lasting impacts on the political climate of the empire. The defeat was one in a long series of crises that afflicted Rome during the third century, which ultimately led to the creation of the Western Roman Empire in 285. Eventually, the Western Roman Empire fell, and Rome continued weakly into the fifth century after the Eastern Roman Empire (aka theByzantine Empire) rose to power in 330.