On August 15, 1945, the Japanese people heard the voice of Emperor Hirohito for the first time. Through a recorded message over the radio, Hirohito declared that the war was lost without saying explicitly that Japan had surrendered.

While millions of Japanese knew that day they were defeated in World War II, many in the military fighting in Asia and on far-flung islands in the Pacific did not receive the news for a time—or refused to believe it when they did. 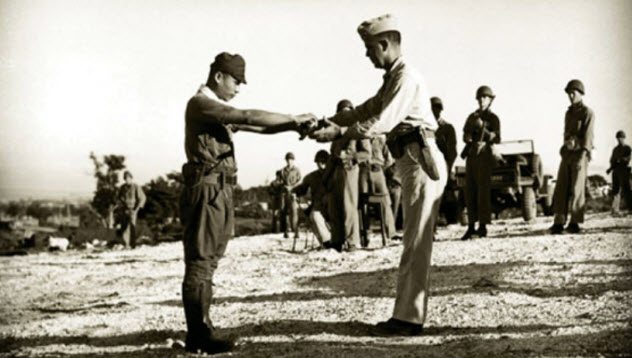 Stationed on the island of Saipan, Captain Sakae Oba was a veteran of the Imperial Japanese Army (IJA) who had served since 1934. In summer 1944, Japan’s troops on the island numbered about 32,000 as the US military arrived for a decisive battle.

The Battle of Saipan commenced on June 15. Hopelessly outnumbered, the Japanese fought tenaciously for a few weeks with virtually no thought of surrender. At least 90 percent of the Japanese died or committed suicide. The battle officially ended on July 9.

But Captain Oba, in charge of a medical company, did not give up and led several dozen soldiers into the jungle. He refused to disobey orders to fight the Americans to the death or die honorably. From their jungle strongholds, Oba and his men conducted guerrilla warfare against the US Marines trying to secure the island.

Unaware of Japan’s surrender the next summer, Oba and his dwindling force soldiered on until the end of November. He finally surrendered on December 1, 1945, after a former IJA general brought to Saipan was able to convince him the war was finished.[1] 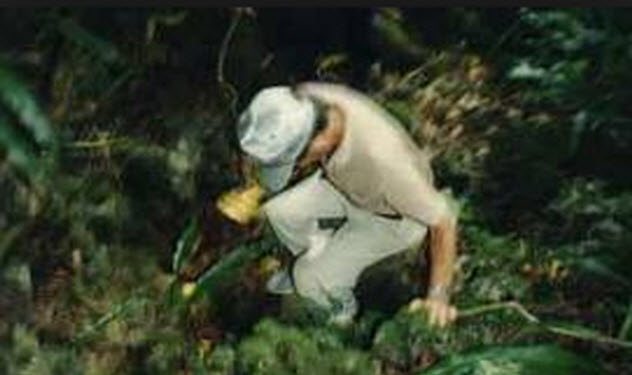 Some of the bloodiest fighting during the Americans’ island-hopping campaign in 1944 took place on the island of Peleliu. The Americans put an overwhelming force into the field to wrest the island away from about 11,000 Japanese defenders. Among the Japanese hell-bent on winning or dying in the process was IJA Lieutenant Ei Yamaguchi.

The Battle of Peleliu began on September 15, 1944. The American aerial and naval bombardment preceding their landings was only marginally successful as the Japanese made skilled use of the mountainous terrain and abundant caves for their defense. The US Marines endured heavy casualties before the battle was declared an American victory more than two months later.

Of the Japanese forces, all but a few dozen were killed or captured. Unswervingly loyal to his duties, Yamaguchi took about 33 men deep into the cave complexes and periodically skirmished with the Marines for a few years. Yamaguchi’s band did not surrender until ordered to do so by a former Japanese admiral on April 27, 1947.[2] 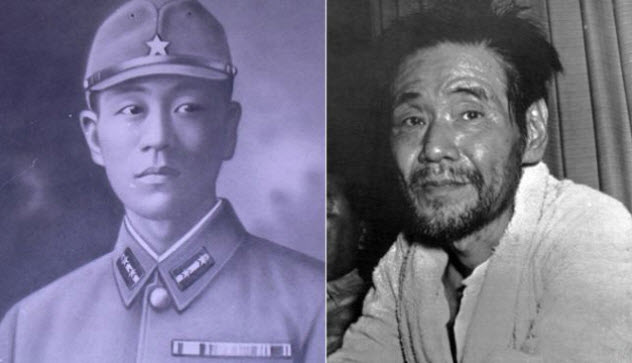 On July 21, 1944, the US began a large-scale attack to reclaim its former possession of Guam, which had been under Japanese control since December 1941. The ensuing Battle of Guam lasted until August 10 of that year and claimed the lives of more than 18,000 Japanese soldiers.

However, a small number of Japanese fighters not only survived but kept their freedom. Among them was a junior enlisted man named Shoichi Yokoi.[3]

Aided by the dense cover of Guam’s jungle vegetation, Yokoi isolated himself and excavated a cave for his living quarters. A tailor in civilian life, Yokoi used his nimble fingers to make not only clothes but also hunting and fishing implements necessary for his survival.

Amazingly, he lived largely undisturbed until January 24, 1972, when he was captured by locals checking river traps. Yokoi returned home to much fanfare, albeit to a Japan vastly different from the one he departed three decades earlier. 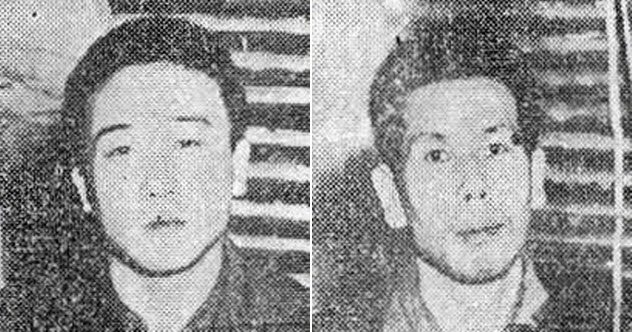 As Japan’s defeat became likely in early 1945, US forces closed in on the Japanese island of Iwo Jima. Situated just 1,220 kilometers (760 mi) from Tokyo, it would become a strategic base for the Americans to launch major air raids on the Japanese mainland.

The Battle of Iwo Jima[4] began in earnest on February 19 following massive bombing of the well-entrenched 20,000 Japanese troops. Tens of thousands of US Marines landed and engaged in several weeks of intense, often horrific, combat on the way to the victory declared on March 26.

Nearly all the Japanese died fighting or succumbed to illness or injuries. But two men who worked as machine gunners did not. Their names were Yamakage Kufuku and Linsoki Matsudo.

Incredibly, the pair was able to hide in caves in close proximity to American forces and did so without detection for nearly four years. They not only survived but appeared well-fed from stolen American food stores when apprehended on January 6, 1949. 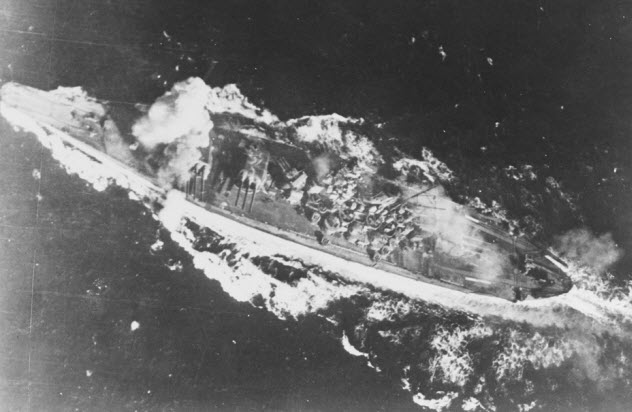 As US forces advanced closer to the Japanese home islands, it became more difficult for the Japanese to give their troops a fighting chance with deliveries of men and materiel. In particular, troop ship losses were staggering as they were sunk frequently by the US Navy.

One Japanese serviceman who lived through a troop ship sinking was Noboru Kinoshita.[5] Making his way onto the Philippine island of Luzon, he hid in the nearly impenetrable jungle and ate what he could find, like monkeys and reptiles. He avoided capture for 11 years. Once in custody, he committed suicide, believing that a return to Japan would bring him unbearable shame. 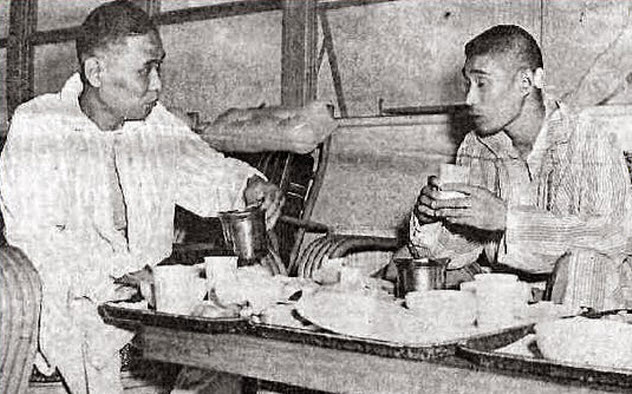 Bunzo Minagawa arrived on Guam in 1944 as one of thousands of Japanese soldiers sent there to repel a massive American invasion. The Japanese failed, and most of their troops were killed in action, particularly after a futile “banzai charge.”

Minagawa was among the scarce survivors and found refuge under Guam’s jungle canopy, beginning an odyssey to avoid capture which lasted 16 years.[6]

Minagawa was joined by another enlisted man in Masashi Ito. The two men survived mainly by stealing food from the natives, including their cattle for slaughter, as well as scavenging useful items from American military dumps. They maintained this lifestyle until they were captured by locals in 1960 and returned to Japan. 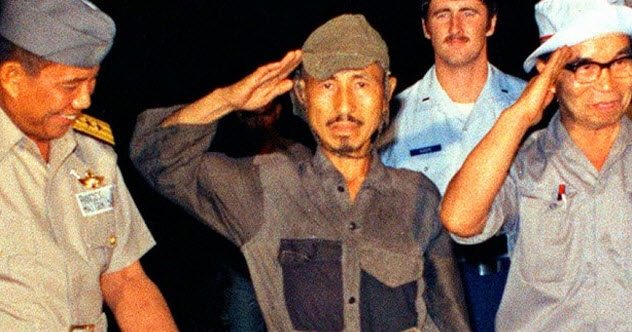 The US military returned to liberate the Philippines in 1944 after nearly three years of occupation by Japan. The fighting continued unabated weeks past the war’s official end a year later.

As the Philippines comprises several thousand islands and the IJA communications infrastructure was now unreliable, some Japanese military personnel did not know of Japan’s surrender or simply dismissed it as unimaginable.

Among the holdouts in the Philippines, the most famous became Lieutenant Hiroo Onoda. He had been assigned to the island of Lubang late in 1944 to destroy American equipment and facilities. Onoda was given orders not to surrender or commit suicide.

Displaying an unrelenting devotion to duty, Onoda fought on in the mountains with three comrades for many years, sometimes killing the natives. He held out until 1974, when his former commander was flown to Lubang and issued direct orders for him to surrender.[7] 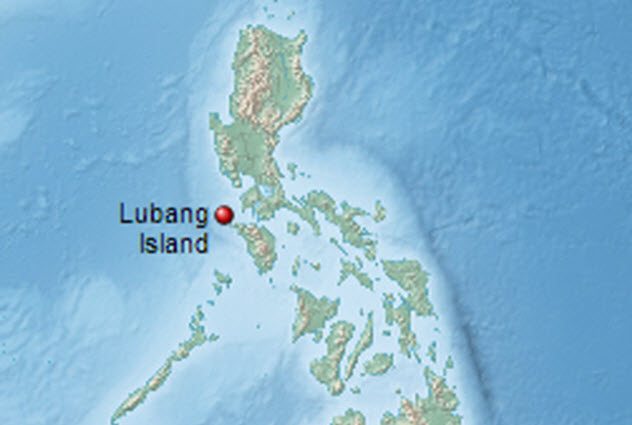 Not all Japanese soldiers who refused to surrender continued to fight or hide indefinitely. One such IJA member was Yuichi Akatsu, who spent a few years terrorizing Filipinos on Lubang with the aforementioned Onoda.[8]

Although just a private and subject to the orders of Onoda, Akatsu struck out on his own in 1949 and turned himself into the police some months later. Before returning to Japan, he helped the authorities search for Onoda and two other men, but they all evaded arrest. 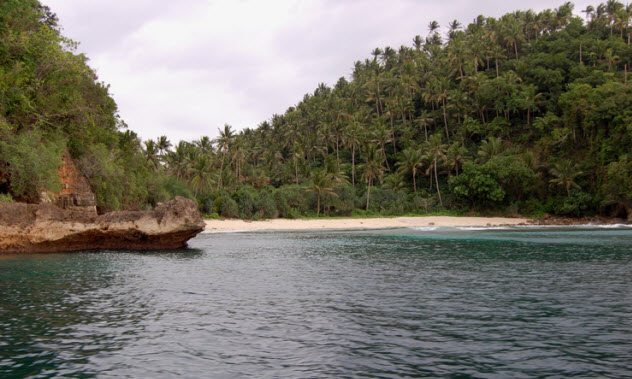 Nitaro Ishii was one of a group of four soldiers who survived in the mountains on the Philippine island of Mindoro for several years with virtually no contact with others.

In 1954, they befriended some isolated villagers in their vicinity.[9] The group’s relationship with the villagers was mutually beneficial, especially with the Japanese exchanging a homemade alcoholic brew for salt.

In fact, the relationship progressed to the point that Ishii was supposed to marry the chief’s daughter. Before the nuptials could be carried out, though, the four holdouts were located by the authorities and sent home. 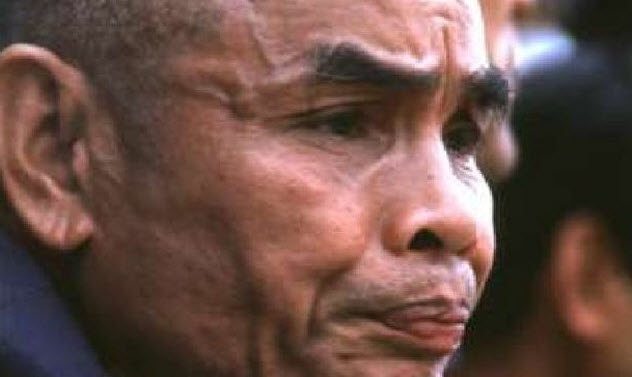 Not all IJA soldiers were Japanese. Some, for instance, came from Taiwan, then a part of the Empire of Japan. One of them was Private Teruo Nakamura.

Nakamura was stationed on the Indonesian island of Morotai in 1944 when Allied forces attacked and eventually overcame the Japanese resistance.[10]

Along with an unknown number of holdouts, Nakamura disappeared into the island’s rugged interior, eventually living alone and fending for himself. He was discovered in 1974, the last confirmed IJA holdout. He returned home to a Taiwan independent of Japan and died a few years later.

Patrick lived in Japan for 13 years and enjoys reading and writing about all things Japanese.

Read more about Japan’s surrender in World War II, including how it might have been averted, on 10 Stories From The Japanese Surrender That Everyone Should Know and 10 Japanese Weapons Invented Too Late To Win World War II.