When someone goes missing without explanation, there’s every reason for police to suspect foul play. A body, however lacking in identification, might be discovered, or someone may confess. Authorities are always anxious to offer an explanation when someone just disappears, and with so many cases on the books, it is inevitable that sometimes, the explanation will be the wrong one. 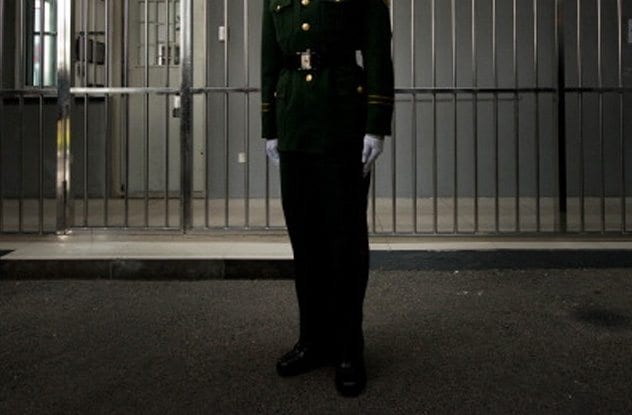 In China in 1997, 48-year-old Zhou Zhenshang disappeared after a public and physical argument with Zhou Zuohai (no relation) over a woman. Although police were immediately suspicious, Zuohai was not placed under arrest until 1999, when a headless body believed to be the victim was found. Tried for murder and convicted in 2003 after already being behind bars for three years, Zuohai lost hope as his wife moved on, marrying another man and adopting children.

But Zhenshang had merely fled the village after the argument and returned 12 years later. Zuohai was released, and an investigation revealed that—like many other cases throughout China—his confession was obtained via torture. He was awarded the equivalent of about $45,000 from the Chinese government, which has acknowledged the longstanding problem. 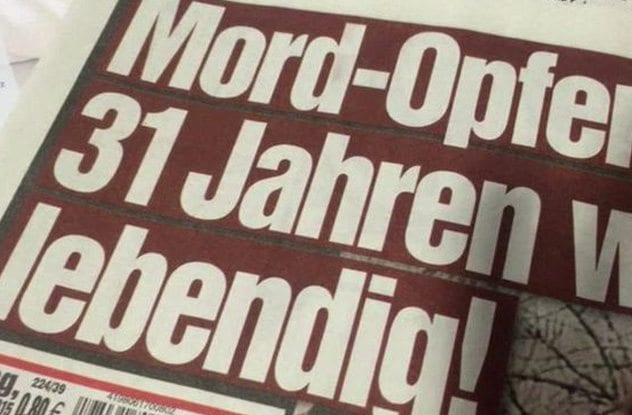 The 1984 murder of Petra Pazsitka made headlines throughout Germany; the 24-year-old college student had gone missing from her dorm accommodations, and a man who had been previously convicted in the murder of another female student in the same area had confessed to the crime. It seemed a reasonably black and white case, until a random police stop decades later turned up a 55-year-old woman who had no ID—and who confessed to being Petra.

Petra’s motive remains unclear. She has stated only that she wanted to make a new life for herself, and she planned and executed her own disappearance, withdrawing money from her bank to get a head start and leaving the keys to her apartment for a neighbor to take care of her pets. Although her family was stunned to learn she was not dead and expressed a desire to make contact, Petra has said she does not want to see them. 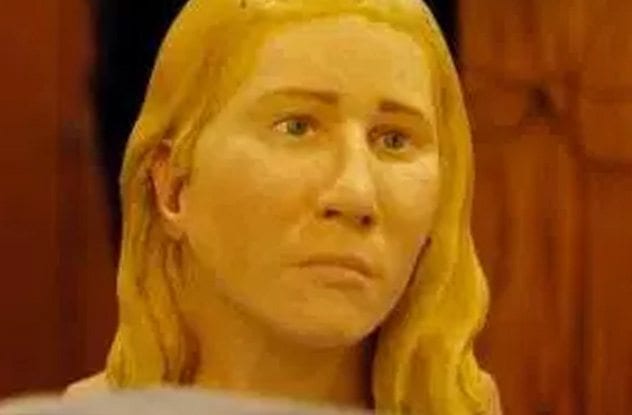 On March 26, 1954, young Katharine Dyer went missing from her Denver, Colorado, boarding house. A short time later, the headless body of a young woman was found in Boulder Canyon which bore a strong resemblance to the missing girl. Originally dubbed Jane Doe, the body was deemed to be Katharine and the case closed. It remained so until 2004, when Boulder author and researcher Silvia Pettem requested it be reopened. Based on her research, the Boulder Sheriff’s Department obliged.

Armed with this research and ‘a bit of dumb luck,’ Pettem was able to track down and locate Katharine Dyer in 2009—at the time 84 years old and living thousands of miles away in Queensland, Australia. The woman’s caretaker had Googled a few names in her address book and found Pettem’s website dedicated to the case. Once again, Dyer’s motive for remaining hidden for 46 years is not known, and the sheriff’s department won’t release any of the other names she’s lived under. 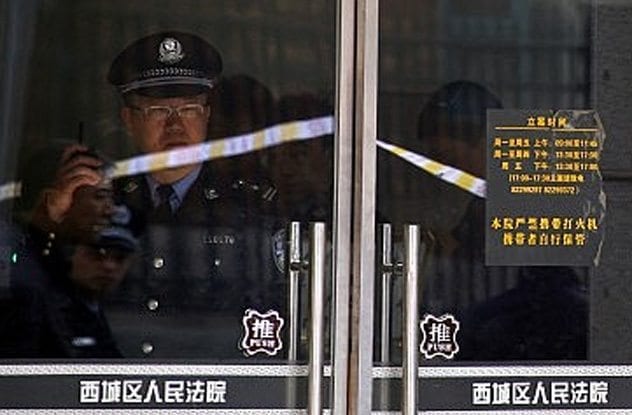 When a bloated body was fished out of a pond in the town of Jingshan in China’s Hubei province in 1994, suspicion immediately fell on She Xianglin—an ambitious local man known to have a mistress and whose wife had disappeared shortly before the discovery. Some family members even identified the body, but others were less sure, only one questionable aspect in a long and deeply flawed investigation.

She’s relatives, working the court of public opinion, were detained and intimidated for days on end by the police. No physical evidence was ever found, police could produce no motive, and DNA testing at the time was unreliable and expensive—a cost the victim’s family would have to take on—so no tests on the body were ever done. Embarrassingly, when the victim walked through the door of her family’s residence 10 years after her husband’s conviction, the police ordered and received a DNA test within 24 hours, which confirmed her identity. 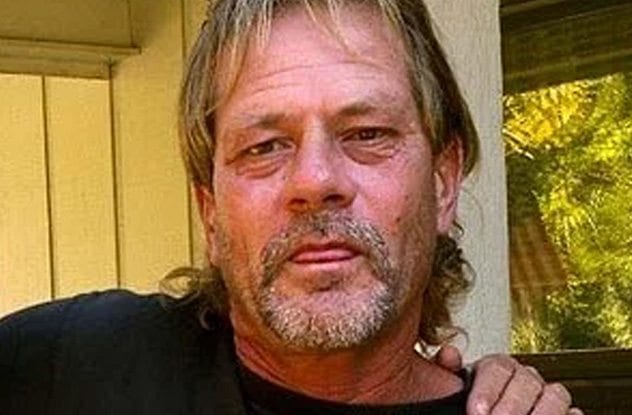 When 20-year-old Chicago man Harold Lovell disappeared on his way home from a construction job in 1978, his family was sure something had happened to him. Their fears appeared confirmed when John Wayne Gacy—for whom Lovell had done yard work—was arrested, tried, and convicted for the murders of 33 young men and boys throughout the 1970s. But as Lovell himself would say upon resurfacing in Florida over three decades later, “A few times, he tried to get me into the house, but I wouldn’t go . . .  Thank God that I didn’t.”

Lovell had simply skipped town because of a “family situation,” saying that he just couldn’t stick around any longer. Unfortunately, Harold’s mother had died in the interim without ever knowing that her son was alive and had not fallen victim to one of the most depraved serial killers of all time. 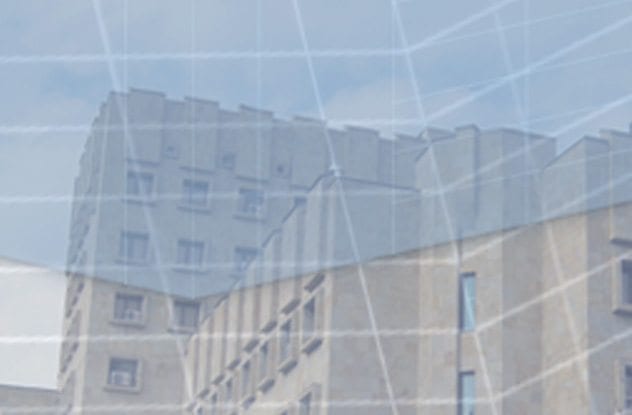 In the country of Georgia in 2007, a local shepherd named Lasha Chopikashvili was assaulted and hit in the head with a stick by Alexi Bakhutov. According to court documents, Chopikashvili died at the scene from his injuries—but according to Chopikashvili himself, he was simply knocked unconscious. When he awoke, he departed town to go tend sheep in another village, leaving Bakhutov sentenced to six years in prison for killing him.

Fortunately, Chopikashvili was only absent for about four months—but this appears to be yet another case where a confession received under duress. Three of Bakhutov’s companions were charged with helping to dispose of the body, to which they confessed, threatened with automatic prison sentences if they did not and despite there being no body to dispose of. There is also troubling evidence that authorities knew that their supposed victim was alive and well, causing the Deputy District Prosecutor in the case to be charged with neglect of duty in 2013. 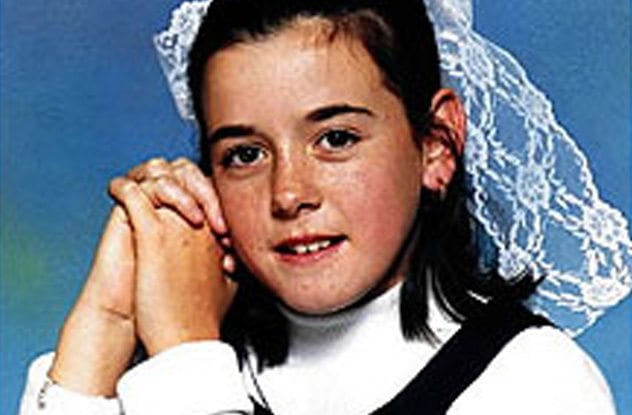 Leonard John Frasier is serving a life sentence for raping and murdering a nine-year-old girl, and he has at least three other known victims. But his charges originally included the murder of 14-year-old Natasha Ryan—a charge dropped when the victim resurfaced four years later, right in the middle of Frasier’s trial for her murder.

So sure was Natasha’s family that she was dead, they had held a memorial service for her a year prior. They were shocked at her reappearance, but at least her motive was clear. After receiving a tip, police raided the house of a much older boyfriend and discovered Natasha hiding in a closet. She appeared to be aware that she had been thought murdered, but felt that she could not leave because “the lie had become too big.” 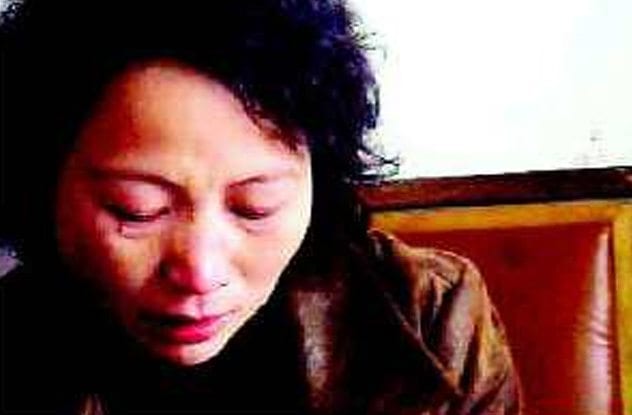 In our final and most egregious case out of China, we have Teng Xingshan, a butcher arrested after the dismembered body of a woman was found in a river in 1987. The victim was identified as a missing woman named Shi Xiaorong, a supposed acquaintance with whom police suspected Teng of having sex before killing her over money. Teng’s profession was a major factor, as the cuts used to dismember the body were said to be “very professional.”

Fifteen years after the resolution of his criminal case, Teng’s alleged victim was arrested for drug trafficking and jailed. While Teng’s family had long suspected that she was alive, they had lacked the funds to engage in any kind of investigation. The victim asserted that she and Teng did not even know each other, urging the government to declare his trial a miscarriage of justice, not that this will be of any benefit to him. Teng Xingshan was executed in 1989, maintaining his innocence to the end. 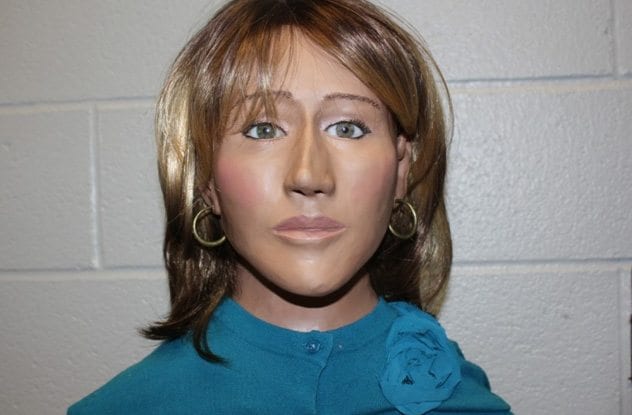 In a case that eerily mirrors the one in Colorado, Pennsylvania State investigators stumbled upon a Jane Doe case of their own in 1973. A young woman’s beaten body was outside an army post in the area, and police quickly came to suspect it was that of one of four young women who had escaped from a nearby youth home. When three of the four were located, they were left with only one name: Betsy Longjahr.

With little evidence other than Betsy’s continued absence, the case went cold for years until a state trooper—using new technology—commissioned a bust of the victim. Reaching out to the media, he was contacted by Betsy’s son, who informed him that Betsy was alive and had no idea that anyone had thought otherwise. Stating only that she has had a hard life and wished to be left alone, her reappearance has Pennsylvania police likewise frustrated that their victim is now a Jane Doe again. 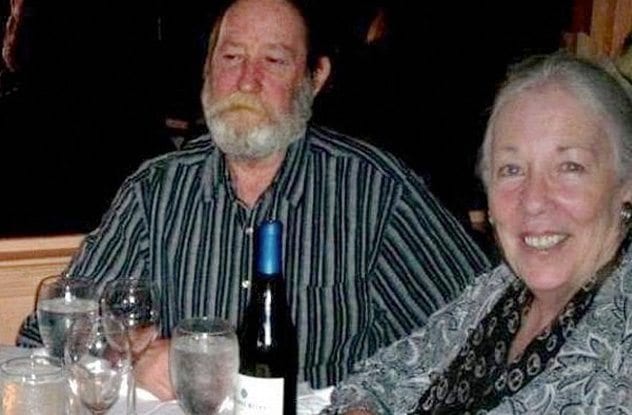 Though most of John Wayne Gacy’s victims were identified, seven never were—and it turns out that Harold Lovell is not the only potential victim to appear decades later. Richard Hutton’s family reported him missing in 1972, when he was 21; he fit the profile of a Gacy victim.

But Hutton had never met Gacy and had not fallen victim to any foul play; he simply “got caught up in the ’70s lifestyle” and dropped out. Out of touch with his friends and family for years, he became too embarrassed to contact them again. Thirty-five years nearly to the day after Gacy’s arrest, the Sheriff’s department located him living a solitary life in rural Montana. Hutton was surprised anyone was looking for him but at age 62 was fortunate enough to be reunited with his father.