The Soviet Union kept tight control over their people. Behind the Iron Curtain, freedoms were rare, and the minds of the populace were kept tightly in check. We’ve heard for decades how strict life was under the rule of the Communist Party, but we rarely hear just how strange it was. Soviet laws weren’t just strict; they were insane—and much more ridiculous than you might imagine.

10 ‘Struggling For Truth’ Was Considered A Symptom Of Schizophrenia 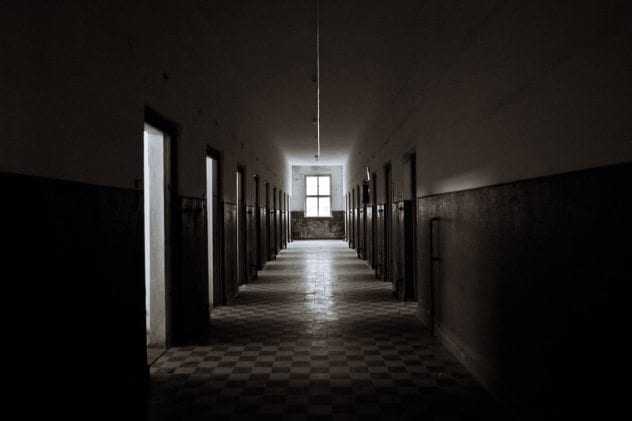 The Soviet Union felt it had the best political system in the world, but for some strange reason, its people just didn’t seem to understand how great they had it. Inexplicable desires for useless things like “freedom” and “justice” ran rampant, and no one could explain why. Finally, in the 1970s, Soviet psychologists figured out why the people were so unhappy: They were insane. Dissenters, they declared, had “sluggish schizophrenia.”

This was a form of madness where people would act completely normal, except for holding ideas of reforming society, a clear sign of insanity. Symptoms listed in Soviet psychology books included “reform delusions,” the “struggle for truth,” and “perseverance.” Thousands of people were sent to mental hospitals for suggesting that Soviet society could be better, and hundreds of psychologists worked on teams dedicated to diagnosing dissidents with schizophrenia.

9 Jokes Had To Be Approved By The Department Of Jokes 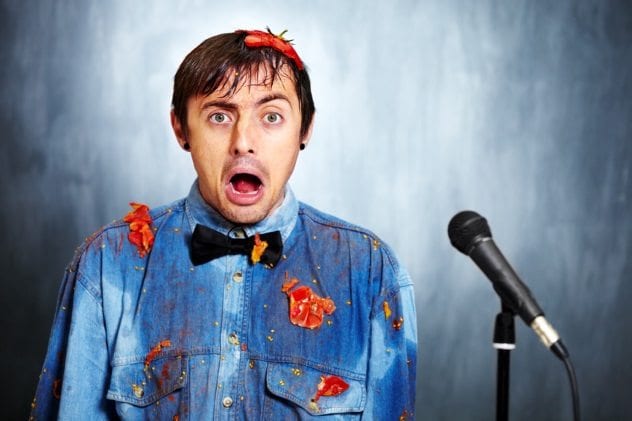 For comedians in the Soviet Union, every attempt at humor had to be read from a government-approved list of comedic material. Each year, comedians were required to submit every joke they’d written to a section of The Ministry of Culture called The Department of Jokes, and they couldn’t crack a single one until it had been approved.

Jokes against the state, of course, were forbidden, as was everything even remotely edgy. Even jokes against the United States had to be tame. When the list came back, comedians were usually left with just a handful of tame jokes about their mother-in-laws.

For the next year, they could only tell jokes from their approved list. Improvisation was strictly forbidden. The only way a comedian could keep an act fresh was to steal gags from the competition. Plagiarism was fine, as long as the material you stole was approved.

8 Conducting An Orchestra Was Viewed As Capitalist 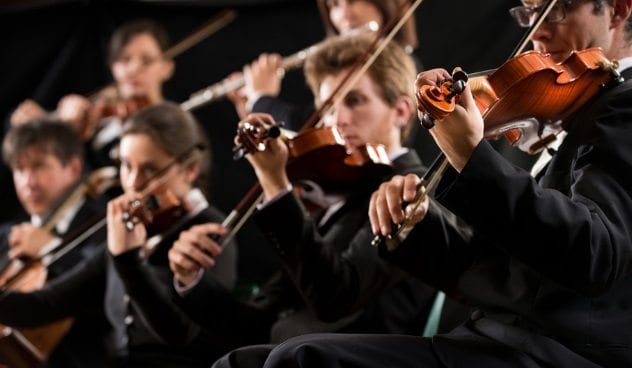 Moscow launched the First Symphonic Orchestra in 1922. It was a special type of orchestra, hailed as a “revolutionary step in music.” It was, after all, the only orchestra in the world without a conductor.

Conductors, the Soviets felt, were the bosses of orchestras, and having some big shot with a baton telling everyone else how to keep time seemed counterrevolutionary. They wanted an orchestra powered by collectivism, where every man was equal, and no one stood ahead. The party loved it and started clamoring for more like it.

Secretly, though, the orchestra had a leader: The first violinist would covertly conduct the group by shaking his head. Even with his help, though, the group couldn’t keep tempo. The more they practiced without a conductor, the sloppier they got, and within six years, they’d given up.

7 Museums Of Atheism Taught People The Evils Of Religion 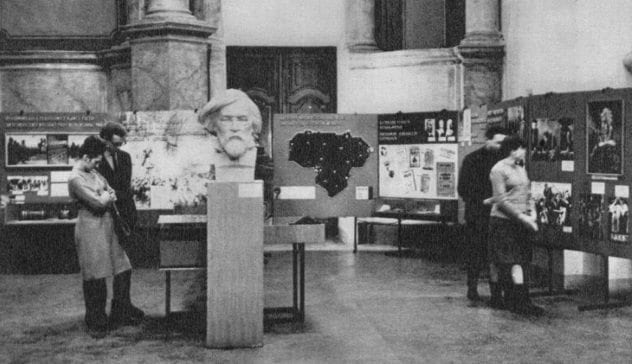 Lenin demanded a policy of “militant atheism” and wanted to systematically stamp out religion wherever it could be found. Atheism was set up as the scientific truth, and churches were torn down. In their place, the Soviets built edifices that could be called churches themselves: Museums of Atheism.

Families around the country flocked in to see exhibits on the evils of religion. Topics would range from how the Catholic Church has propagated war to how the Salvation Army is just in it for the money. Some even had religious relics stolen from churches on display—but with a whole new context.

At least one museum had the mummified body of a saint on display. A tour guide would stand next to it and tell people that the reason the bodies of Catholic saints didn’t putrefy wasn’t divine intervention. It was a fraud, they told them, orchestrated by storing the bodies in a dry space.

6 They Made Their Own Calendar 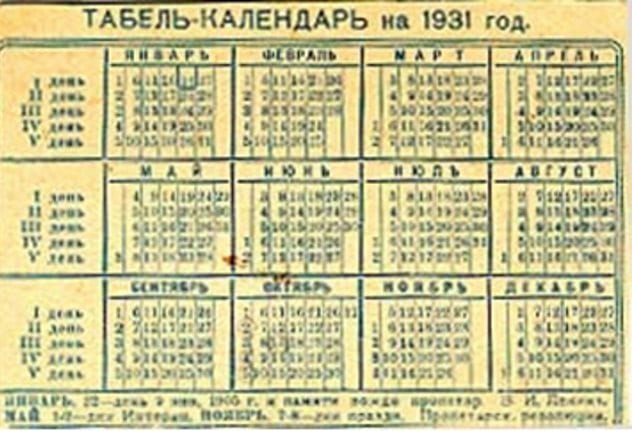 Religion, Lenin felt, had to go—in every form. Even the seven-day work week was a problem. Lenin didn’t like the idea of people measuring time based on the Biblical story of creation or taking the Lord’s Day off, so he made his own calendar.

It was called “The Eternal Calendar.” It had five days in a week, six weeks in a month, twelve months in a year, and five bonus days scattered about. The bonus days were holidays, all of which had been ripped from their religious traditions and remade into celebrations of the party’s rise.

It wasn’t nearly as eternal of a calendar as Lenin had dreamed, though. It didn’t take long before they added a sixth day, and then a seventh. Pretty soon, they were simply back on track with the rest of the world.

5 Unemployment Was A Crime 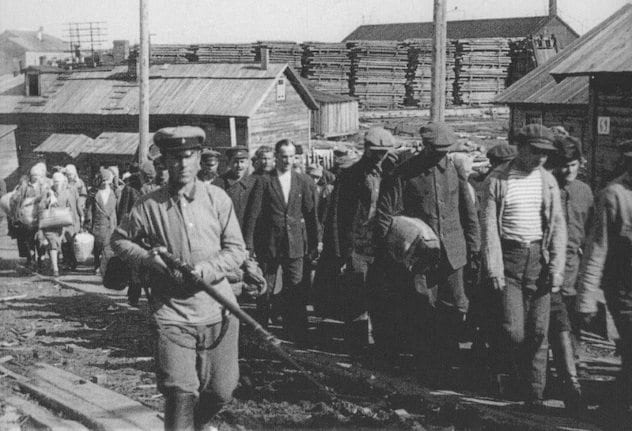 Photo via To Inform is to Influence

It can be hard to get people to work in a socialist paradise, but the Soviets found a way to take care of that: by throwing everyone who didn’t show up to work in prison.

Soviet law labeled anyone who was unemployed as a person leading “a parasitic existence.” The day you lost your job, you became a criminal, and you could be thrown into forced labor for the offense.

Even if you didn’t lose your job, you could still get arrested for showing up late. Twenty minutes of tardiness brought you into the realm of a capital offense. Leaving work early could lead to up to four months in prison, and missing a shift would lead to six months of corrective labor.

Trying to make ends meet on your own was completely out of the question. The law was very specific about the crime of trying to feed yourself. In Soviet Russia, there were specific, written provisions against collecting wild fruits, nuts, and berries. You could find yourself in a work camp for picking a cherry off a tree. 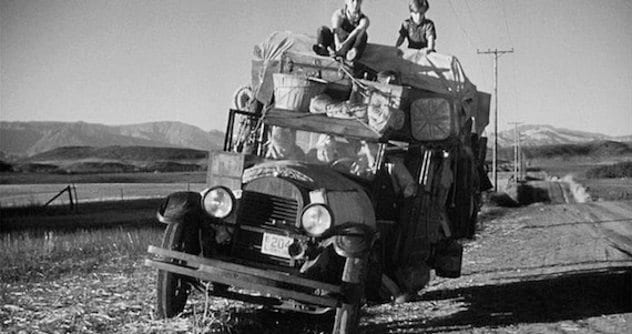 When Stalin first heard they were making a movie of The Grapes of Wrath, he was thrilled. This, he believed, would be the perfect piece of anti-American propaganda. The story of the plight of impoverished US laborers would show the dangers of capitalism and the misery that afflicts its poor.

The movie came out in the USSR, titled The Road to Wrath because they couldn’t let anything allude to the Bible. However, instead of pitying the Americans, the Soviet people were impressed because even the poorest people in the film still had their own cars.

The book and film were banned shortly after. The lives of starving Okies, it turned out, were too glamorous to be shown in the communist state.

3 Mop Tops Were Forcibly Shaved Off 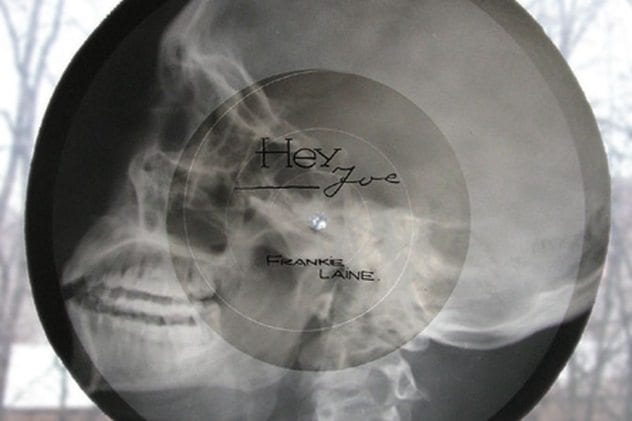 Photo via The Verge

The Beatles spread to the Soviet Union like everywhere else, and it was a huge problem. Their music was outlawed in the USSR as capitalist contraband. College students would even be expelled from school if they were caught listening to a track by the Fab Four.

Nevertheless, bootlegged copies of Rock ‘n Roll albums were spread through the country. Since they couldn’t be printed on vinyl, they were etched onto discarded X-ray films—often with broken bones and skulls still on the record.

It was enough of a sensation that mop tops caught on as a new hairstyle in the USSR. The police dealt with that fad quickly, though. Anyone caught sporting one would be detained, and their hair would be forcibly chopped off. 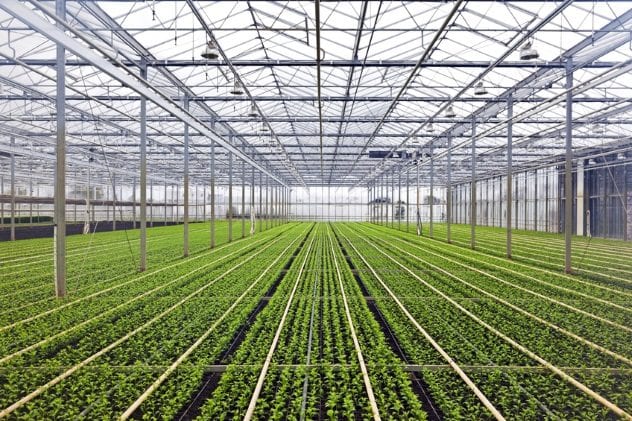 Soviet scientist Trofim Lysenko had some strange ideas about botany. Whatever you did to a plant, he believed, would be passed on to their offspring. That meant that you could, for example, pluck the leaves off of a rose, and its descendants would all be leafless.

His ideas were demonstrably untrue, but the USSR loved them anyway. They fit the socialist ideal that human nature could be changed through socialism, so they adopted Lysenko’s ideas and taught them to children. Every scientist was required to support them, and they were legally required to denounce those who didn’t. Dissenting scientists could be imprisoned and sometimes executed.

Lysenko’s ideas spread to China, where Chairman Mao required his farmers to follow them. They ended being one of the biggest causes of the Great Chinese Famine, which killed millions.

1 Clap Or Go To Prison

Nobody ever wanted to be the first to stop clapping in the USSR. It was incredibly dangerous; it meant you were a dissident. People clapped for so long that sometimes, a bell would have to be rung to let them know they could stop.

The consequences of insufficient clapping were severe. In Moscow, after a tribute to Stalin was proposed, a crowd full of people applauded for 11 minutes straight. No one in the audience had the courage to stop, including the person who started it, so people clapped until their hands were red.

Finally, one man, the director of a paper factory, got fed up and sat down. Instantly, the entire crowd followed suit, knowing they were now safe. Sure enough, the factory director was arrested that night and sentenced to ten years in the gulag. Before he was sent in, the police warned him, “Don’t ever be the first to stop applauding!”