Humans do awful things to each other all the time. We hear every day on the news about people robbing, enslaving, murdering, and harming others in all sorts of ways. Wars rage, and evil people are happy to take advantage of the chaos. 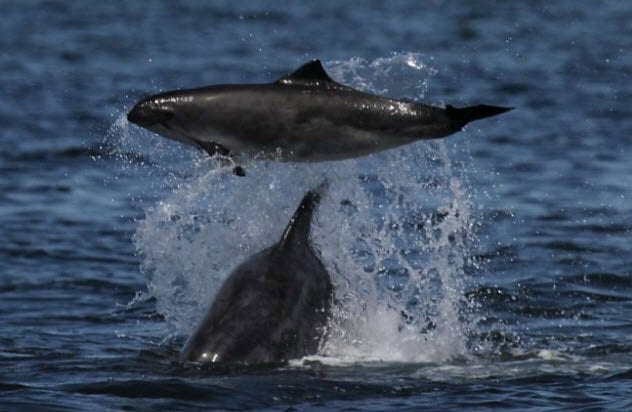 Most people think of dolphins as cuddly ocean buddies, animals that are extremely smart and incredibly kind. Popular media and people’s imaginations like to fantasize about dolphins saving humans if they are ever caught in the ocean. However, dolphins are not the nice creatures that many people imagine them to be.

In recent years, scientists have discovered dolphins doing extremely disturbing things. Dolphins will kidnap porpoises, especially younger ones, and continually torture them as though the dolphins are a gang.

The dolphins often deprive the porpoises of oxygen until they die and maul them in the process. Dolphins don’t do this for food, and they could have driven out the porpoises if this was just about territory. Dolphins are also known for raping and gang-raping female dolphins and just being bullies in general. 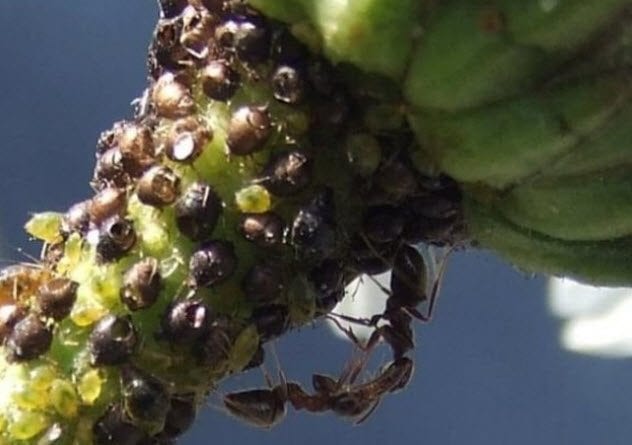 Although ants don’t have the level of intelligence or awareness that dolphins do, ants can be quite a menace for such tiny creatures. While they are incredibly small, ants grow quickly and are one of the dominant creatures on Earth. There are an absolutely insane number of ants in the world.

Ants are already known for having different jobs among their own species. But some roles simply weren’t being filled properly, so they had to improvise. It was to this end that they decided to enslave aphids. Ants keep aphids around as mobile snacking machines.

Ants eat a sugary substance that comes from the aphids’ backsides and protect the aphids from predators. For those who think that this is purely a symbiotic relationship, the aphids show signs of not wanting this. But the ants use a special pheromone to drug the aphids into compliance.

8 Monkeys May Be Capable Of Psychopathic Behavior 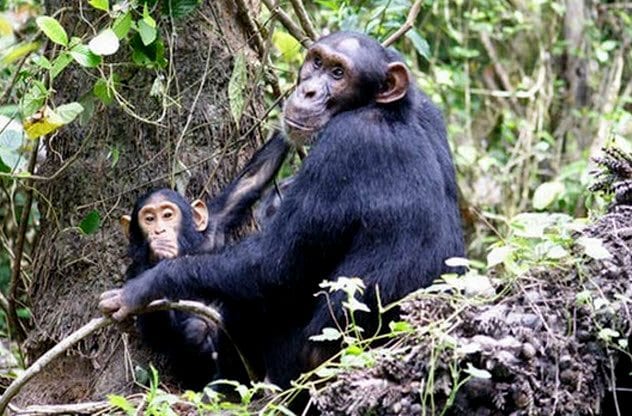 At first, the idea that animals could have antisocial personality disorder or any trait so similar to a human disorder seemed utterly ridiculous to scientists. However, after Jane Goodall observed chimpanzees repeatedly cannibalizing infants without an evolutionary reason, some started to suspect that chimpanzees and many similar creatures could perhaps be capable of such problem behaviors.

After more studies were conducted, animal behavioral experts and psychologists seemed convinced that there was a possibility of real psychopathy here. Intelligent animals seem to exhibit the same personality defects as humans when they are not properly socialized. 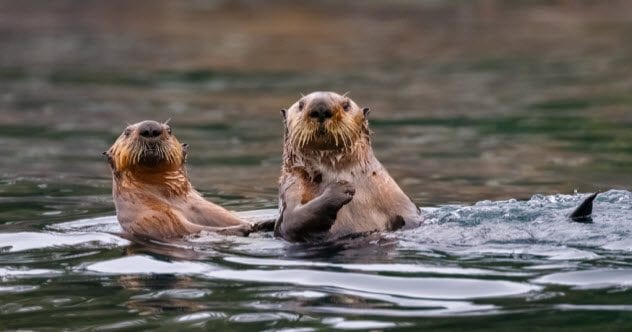 Sea otters are known for being incredibly cute, cuddly, adorable little things that hold hands while floating in the water. However, the truth is that these little creatures only seem cute when they aren’t trying to copulate. When trying to reproduce, the males tend to be very aggressive, going for surprise whenever possible and often biting the female’s face.

If there aren’t enough females around, the males are so obsessed with the idea of having sex with something that they try to find a female surrogate. This can even be a male sea otter or other similar creature. In some extreme situations in recent years, this has led to sad situations where some sea otters rape and murder baby seals to find a suitable surrogate.

6 Uncouth Sexual Behaviors Of Penguins Were Banned From Publication 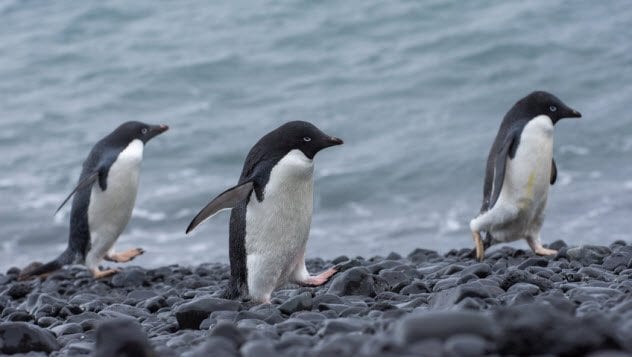 In the early 1900s, explorer George Murray Levick and his team went on an expedition and came across what are now known as the Adelie penguins. Although most people like to think of penguins as adorable little people in suits, Levick saw things that left him horrified.

His written observations described conduct considered so vile by the censors of the time that the general public was not allowed to see this information for years. According to Levick, male penguins would have sex with anything—the ground, other males, dead females lying frozen in the ice, and young penguins.

The males would harass and gang-rape females and crush eggs during their violent rampages. As far as Levick was concerned, penguins were vile, barbaric creatures.

5 Gorillas Are Incredibly Territorial And Aggressive 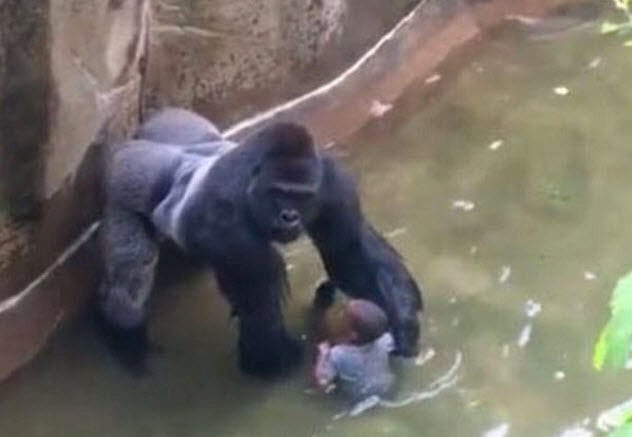 Most people have heard the tale of Harambe the gorilla. A child got loose from his mom, fell into an animal enclosure at the Cincinnati Zoo and Botanical Garden, and got into the hands of a large gorilla. The zoo had to shoot the gorilla to ensure the safety of the child—a regrettable but necessary decision as tranquilizers rarely work properly.

Many people were up in arms, claiming that the gorilla was “just trying to help” without knowing anything about these animals. The truth is that male gorillas are violent, aggressive, and territorial. If provoked, they have even been known to beat their own young to death. At best, this child was a plaything in the hands of a giant that didn’t know its own strength.

4 Many Animals Will Eat Their Young Under The Right Circumstances 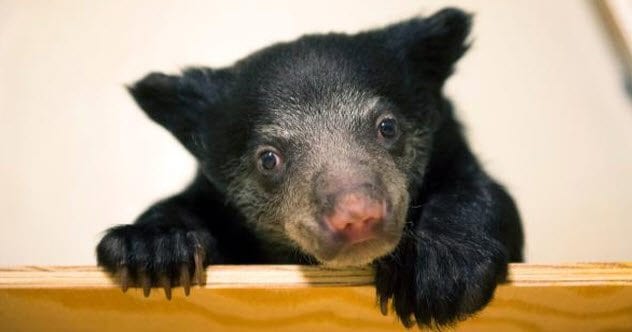 Many zookeepers were disturbed when they witnessed a female sloth continually giving birth and then eating her cubs. After this happened multiple times, the zookeepers intervened and saved one of the remaining young.

They quickly found that the baby had a very low white cell count and was extremely unhealthy. They theorized that the other babies had been as well and that the sloth was trying to conserve resources by eating unhealthy young that she didn’t expect to survive.

Female lions have also been known to do this, sometimes leaving some cubs to starve first and then immediately eating their carcasses. In general, lion cubs face a rough time. If a new male lion takes over a pride, he will almost certainly kill any cubs that aren’t his and then immediately impregnate the females himself.

Although these behaviors may sound cold, the instinctual drive in the animal kingdom is to survive and procreate. From this perspective, the behaviors make sense. 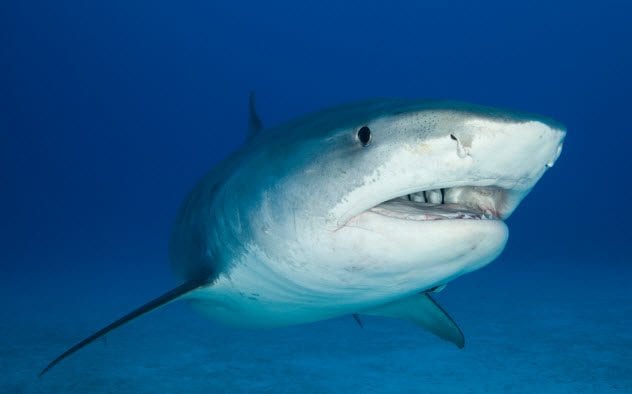 The tiger shark is already a pretty frightening sight. After all, it is a shark. It has a mouth filled with sharp, crooked teeth, and scuba diving near one would probably ruin your day if you came upon it unawares. But it is even more horrifying to be a tiger shark.

In the womb, the various embryos literally fight each other for survival. The stronger ones eat the weaker ones until only one remains. Litters can start with as many as 12 pups but always end up with only one.

Some researchers believe that this is due to mating habits. Female tiger sharks usually mate with multiple males, and this ensures that the fittest male genes are passed on. 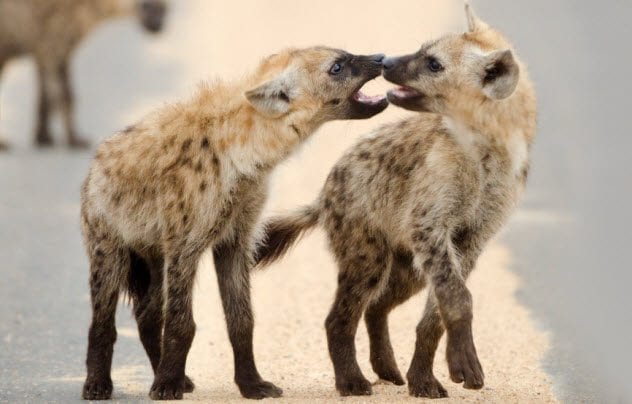 Hyenas are featured as funny, cackling jokers in The Lion King. But in real life, they are creepier and live painful, bizarre lives. To start with, the females give birth through something known as a pseudo-penis.

For some people, the idea that hyenas manage to do this without dying sounds next to impossible. In many cases, those people are right. Many hyenas die giving birth, and many pups suffocate trying to be birthed.

But that is only the beginning of the struggle for a hyena pup. The mother immediately pumps hormones into her young that make them aggressive. As a result, they fight harder for food and instantly learn to be more dominant and bloodthirsty.

Hyenas aren’t naturally murderous to their own kind, but they will happily do so if necessary for food. Hyenas often birth more pups than they can feed and raise at one time. This leaves the newborn pups to immediately learn to fight or die. 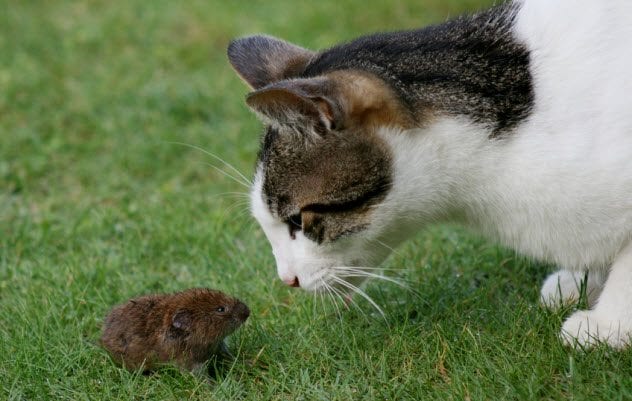 Nearly everyone who owns a cat has stories about their cat catching a small hapless creature like a mouse and then torturing it mercilessly before allowing it to die.

Some people may think that the cat is just practicing or perhaps trying to sharpen its skills. But while it may be hard to get into the head of a cat, animal behavioral experts increasingly believe that cats are doing this entirely out of enjoyment. However, it is hard to say if the cat truly understands that the other creature is suffering.