Men have ruled since the earliest societies. In every stage of human history, women have been in margins, struggling through a second-class life.

It wasn’t just that women couldn’t vote or that they didn’t get equal pay. Women’s lives were like a horror story. Throughout our history, everyday life was filled with experiences that made being a woman a waking nightmare. 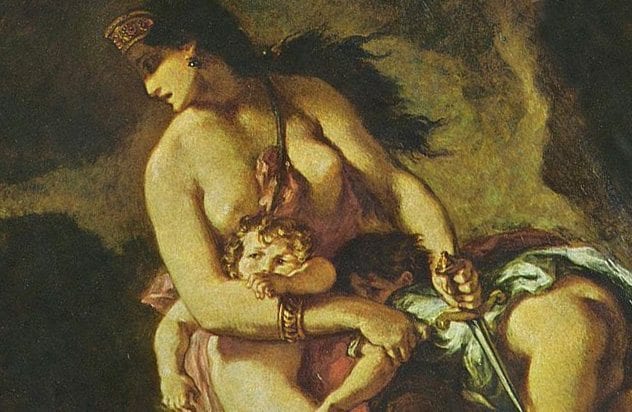 In ancient Athens, it was very common for a couple to take a newborn baby girl out in the wilderness and leave it to die—an act they called “exposing” the baby. “Everybody raises a son even if he is a poor,” one Greek writer wrote, “but exposes a daughter even if he is rich.”

In Rome, this was just as common, especially in poor families. We have records of a lower-class Roman writing to his wife about her pregnancy. “A daughter is too burdensome, and we just don’t have the money,” he told her. “If you should bear a girl, we’ll have to kill her.”

Even in Egypt, which gave women comparatively equal rights, the poor often left kids to die. “If you have the baby before I return,” one letter shows an Egyptian man writing his wife, “if it is a boy, let it live; if it is a girl, expose it.” 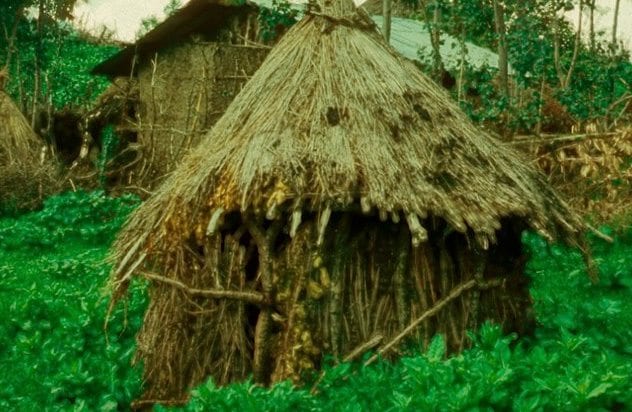 The Roman philosopher Pliny The Elder wrote, “On the approach of a woman in this state, milk will become sour.” He figured menstruating women could kill everything they looked at, even saying, “A swarm of bees, if looked upon by her, will die immediately.”

In Egypt, the women spent their menstrual cycles isolated in a special building men couldn’t enter—and they weren’t only ones to do it. The Israelites wouldn’t even touch a woman during her period—or, for that matter, anything she touched. “Everything on which she sits,” they wrote, “shall be unclean.” And in Hawaii, men who entered the hut for menstruating women risked the death penalty.

The natives of Papua New Guinea took it the farthest. If a man touched a menstruating women, they believed, it would “kill his blood so that it turns black, dull his wits, and lead to a slow death.”

8Losing Your Virginity Was A Death Sentence 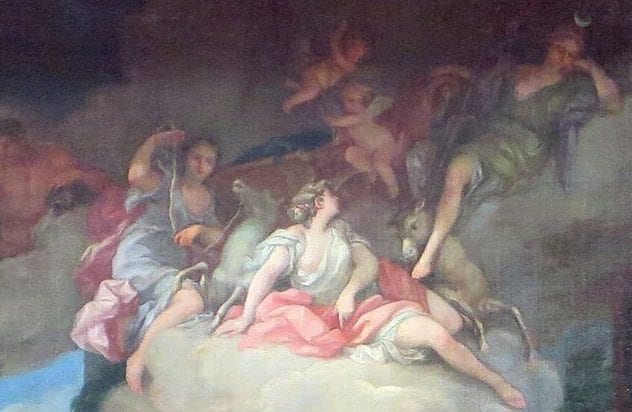 In Athens, if a man found out that his unmarried daughter had slept with a man, he could legally sell her into slavery. The Samoans made sure that their wives were virgins—and that everyone knew. During a Samoan wedding, the chief of the tribe would manually rupture the bride’s hymen with his fingers in front of a crowd to prove that she was pure.

7Men Were Expected To Be Sexual Predators 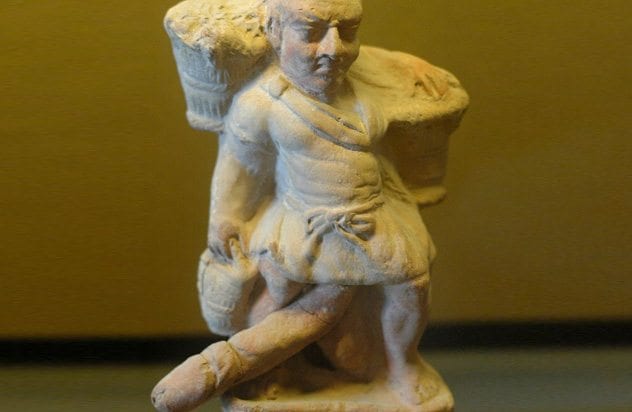 In Rome, slaves were expected to sexually active as part of their jobs. The only way you could get in trouble for sleeping with a slave was if she was owned by somebody else and you didn’t ask first. Even then, it wouldn’t considered rape—it just classified as property damage.

Women with some jobs couldn’t file rape charges no matter what happened to them. It wasn’t just prostitutes that couldn’t accuse anyone of rape—waitresses and actresses, too, were treated as willing participants of any sex a man forced upon them. In one case, an actress gang-raped by several men was denied permission to press charges. The men who assaulted her, it was ruled, had simple “acted in accordance with a well-established tradition at a staged event.”

In the middle ages, Saint Augustine was considered progressive for suggesting that raped women didn’t need to kill themselves. Even he, though, suggested that some women enjoyed it. 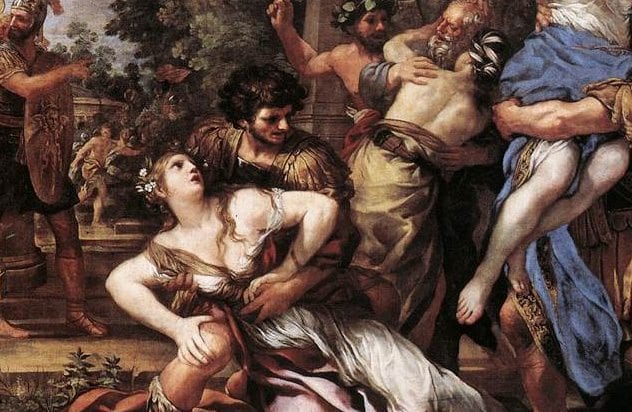 In some parts of China, people were kidnapping brides until the 1940s. In Japan, the last reported case of bride kidnapping happened in 1959. Ireland had a widespread problem with bride stealing in the 1800s. And even the Bible relates stories of men slaughtering whole villages and taking the virgin women as wives.

Rome wouldn’t even exist without kidnapped brides. The legends of the nation start with men kidnapping the Sabine women. In the story, Romulus tells the women they she be happy to be kidnapped, because they were lucky enough to “live in honorable wedlock.”

5Women Were Forced To Kill Their Babies 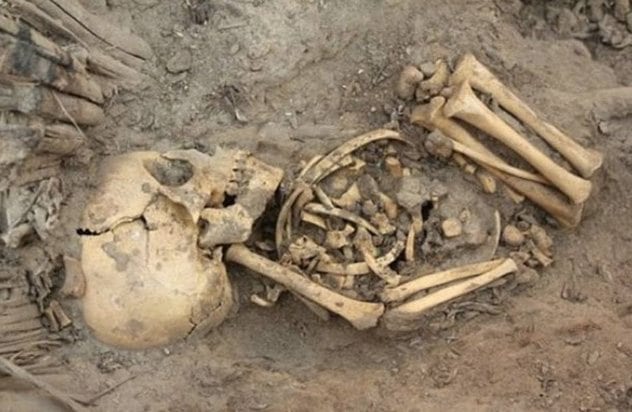 Murdering frail babies wasn’t just something that happened in Sparta. In almost every country, when a woman gave birth to a deformed child, she was expected to kill it. In Rome, it was the law. “A dreadfully deformed child,” Roman law mandated, “shall be quickly killed.”

If a Roman child was born with a disability, the mother had two choices. She could either suffocate it or, more often, she could abandon it. Some places were horrible for this. On the shore of Israel, archaeologists found the remains of 100 dead babies in the city’s sewers.

It happened a lot. We don’t know the exact number of babies that were left to die, but it’s believed that one out of every four Roman babies didn’t make it through the first year of life.

4Women Were Barely Allowed To Talk 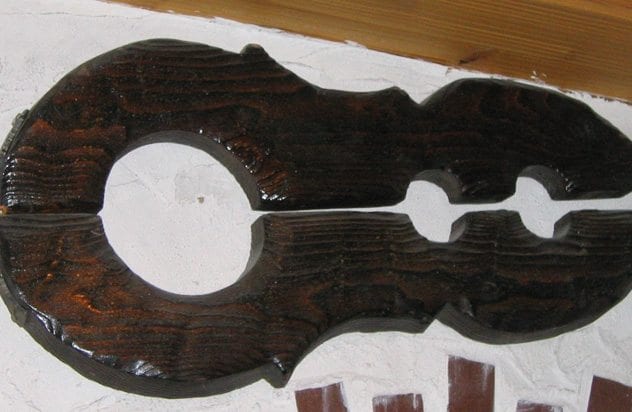 In ancient Greece and Rome, women were forbidden from leaving the home without a male escort. When company came over, they weren’t allowed to speak or to sit down for dinner—they had to retire to their rooms, out of sight, lest the presence of a woman bother the men.

In Denmark, unruly women who bickered or who openly expressed their anger could end up locked up in a device called a shrew’s fiddle. This was a wooden trap shaped like a violin that bound her hands and her face. The woman would be paraded down the streets, publicly shamed for having openly shown anger.

The English were even worse. They put quarrelsome women in the scold’s bridle, a metal mask with sharp teeth that had a bell attached—to make sure everyone came out and mocked the woman who dared complain. 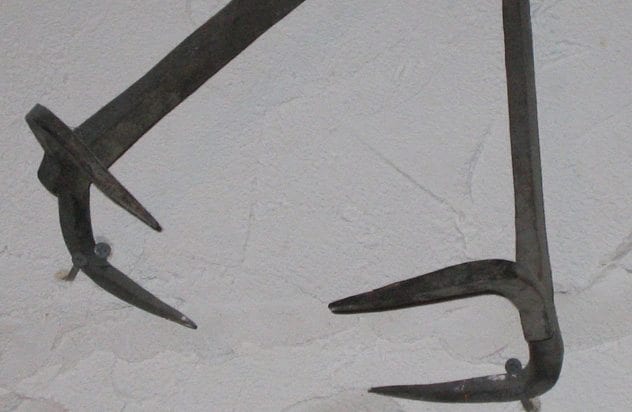 If a married woman dared to sleep with another man, it was over. A Roman man, under certain circumstance, would have the right to kill his wife if he caught her in bed with another man. Even the Puritans who colonized America took the biblical approach and legally condoned murdering adulterers.

Again, though, it was the medieval men who did the worst things. They weren’t content to just kill their wives—they wanted them to suffer. In medieval times, they had a device called a breast ripper that they used on women who had affairs—which does exactly what it says.

It’s a horrible torture—and it wasn’t even limited to adultery. A woman could be sentenced to the ripper just for having a miscarriage.

2Women Were Killed With Their Husbands 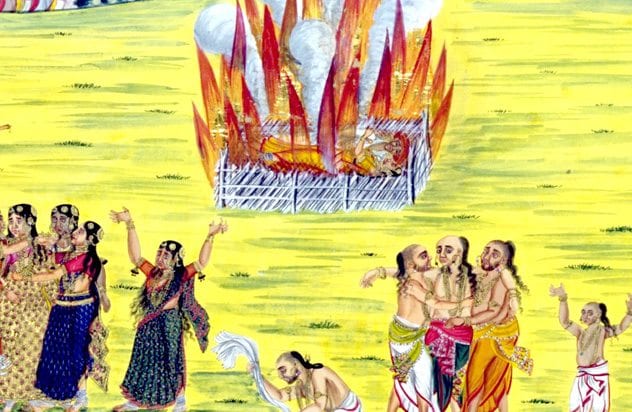 Until the 19th century, a woman in India who lost her husband was expected to climb onto his funeral pyre and burn herself to death along with him. Sometimes, during war, women would be expected to do this even before their husbands died. If a siege was going poorly, all the women of the village would burn themselves alive and take their children with them.

The husbands would just watch as their families burned. Then, in the morning, they would smear their wives’ ashes on their faces and go to war. These women killed themselves just to give their husbands a little extra motivation.

1Women Have Gone Through This Since The Beginning Of Humanity 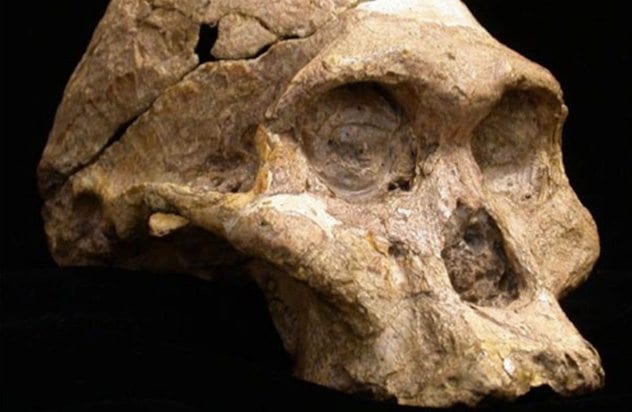 Even before recorded history, the very earliest marriages were extremely one-sided. Archaeologists looking a prehistoric remains in Africa found the men all stayed in one place their whole lives—but every one of the women was born somewhere else.

That means that even cavemen had one-sided relationships, making their new wives move to their homes when they started a family. More importantly, it makes it highly likely that these women didn’t come consensually. Most likely, they were probably kidnapped from their families in other tribes and dragged to the beds of their captors.