Millennials, Gen Y, Snowflakes—these are all names for the generation who were born between 1980 and 1994 – and the butt of so many jokes. In Japan they are called “Yutori” and they have just as many critics. They are the first generation who grew up with a more relaxed style of education and now as adults, find themselves pushing against the old ways of their ultra-disciplined parents—with mixed results.

10 Valentine’s Day is a chore 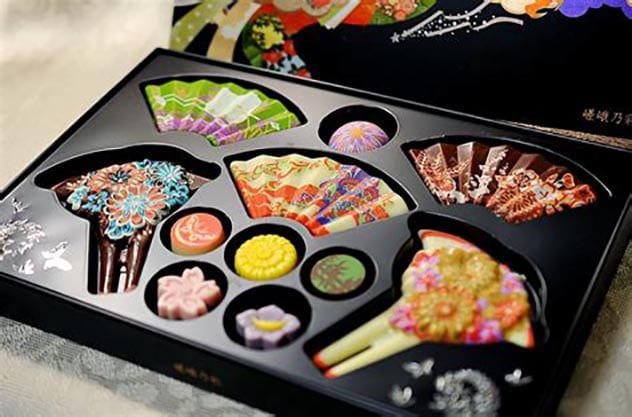 Valentine’s Day in Japan has turned into a social minefield. In the 1950s, a chocolate company dreamed up “giri choco” meaning “obligatory chocolates” to boost sales on February 14th. They suggested women should spoil all the men in their life with chocolate gifts, but for some the list would stretch beyond male relatives to co-workers and bosses. Giri choco caught on and Japanese women—raised not to offend or appear impolite—would dutifully present their male colleagues with chocolate on the big day. To redress the balance, White Day was created in 1978 and every year on March 14th, men reciprocate with gifts of white sweets and candy.

An uneasy feeling about the custom has crept into society, with it being seen as outdated and sexist. Some workplaces are banning giri choco and without it, there is no White Day.

In February 2018, luxury chocolatier Godiva took out a full- page newspaper advert urging Japan to put the fun back into Valentine’s Day by dumping giri choco. It was a bold marketing move but it worked, and the holiday is evolving into a quirky emoji-filled occasion. Restaurants are cashing in by offering chocolate themed menus and women are buying gifts for themselves – with no pressure.[1]

Japan is now “mikon shakai” – an unmarried society. For centuries, Japanese parents arranged “omiai”—a formal introduction leading to marriage, while these are now seen as old fashioned, most parents still encourage their children to marry. In a society where women over 25 are charmingly referred to as “Christmas cake” ie, left over, and adults still living with their parents are called “parasite singles” the pressure is intense. Now Yutoris are taking control of their own futures and entering the dating game without their parents’ looming influence.

The term “konkatsu” was created by a sociology professor in 2007, roughly translated it means “searching for a potential partner with the purpose of marriage”. Essentially, a more modern form of omiai, it gives the power of choice back to those looking for love.

The dating game is complicated. A “gokon” party is a singles meet up, either casually arranged by friends or by professional matchmakers. You could try your luck at “shumikon” – where you learn a skill such as cookery alongside a potential partner, or “asakon” – an early morning dating event for professionals to squeeze in before their working day starts. The largest gokon comprised of 10,000 hopeful singles at a Tokyo stadium in 2015.[2] 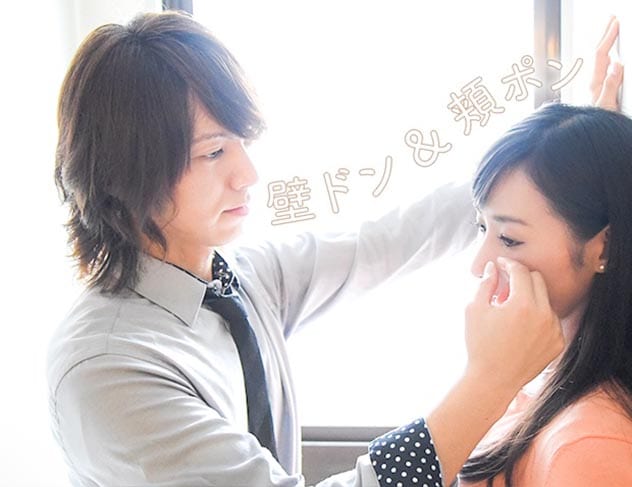 Traditional ideas of masculinity may be changing in Japan but there is still a market for old fashioned fatherly advice. This is why you need “ossan” meaning “old man” and they’re available for hire.

Once seen as a figure of fun, these friendly “uncles” are now charging around 1,000 yen ($10) an hour to listen and offer comfort to troubled Yutori, who may be too proud to confide in their own parents.

Stressed women not in need of ossan have another option – a handsome young man to wipe away their tears. A company called Ikemeso – a combination of the words “hot guy” and “crying” offer a choice of men to appeal to all tastes. They will arrive at your office and put on a sad film designed to get everyone sobbing in a group bonding exercise.

Other services available include partners for non-sexual cuddling and fake friends and relatives for special occasions.[3] 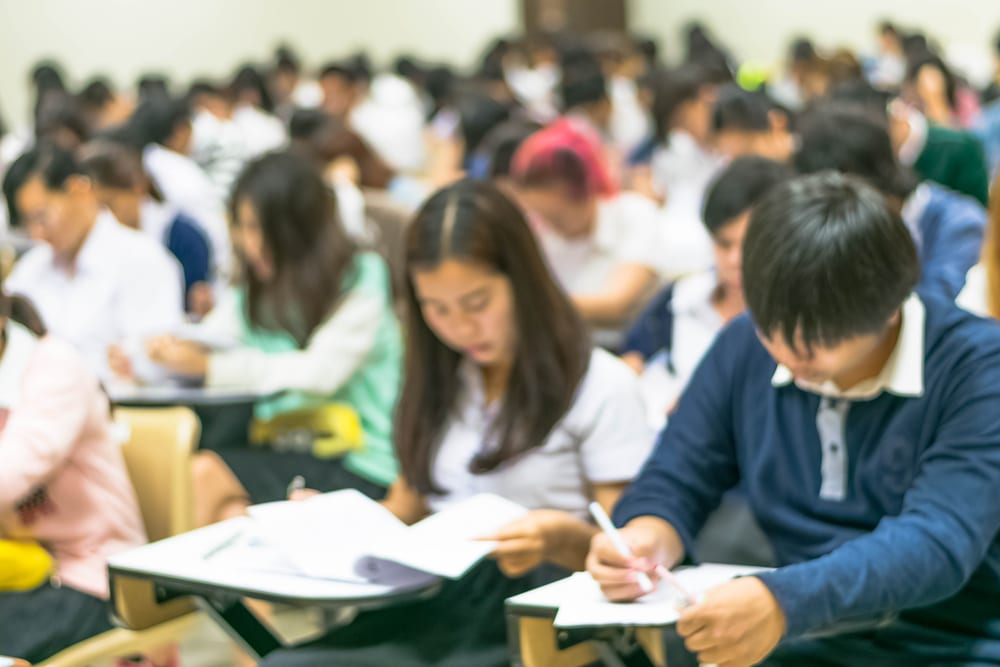 In 2019 for the first time ever, women out-performed men in entrance exams for Japanese medical schools. The reason? The schools stopped rigging test scores to give male applicants an unfair advantage. The scandal was uncovered by a newspaper who found that universities had been tweaking the results for over 10 years. The dean of Juntendo university in Tokyo explained:

“Women mature faster mentally than men…in some ways this was a measure to help male applicants.” 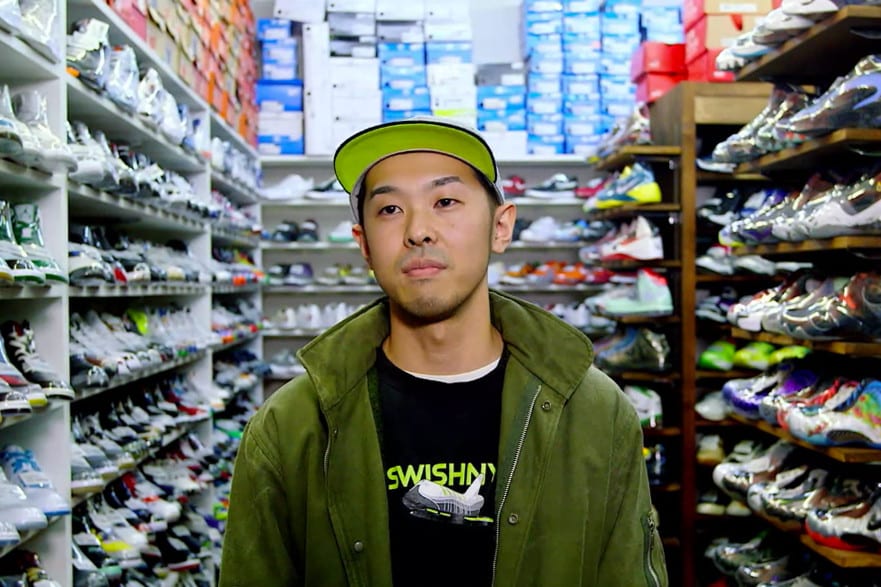 American branded sneakers have reached cult status among Yutoris. In the early 1990s, the popularity of Michael Jordan together with Nike’s launch of the AirMax 95 sneaker created a fascination with the footwear and its fans became known as “Sneakerheads”. The district of Shibuya in Tokyo is where fanatics gather to buy rare brands to collect or sell on, for huge profit. The market is so lucrative, that some fans have been targeted by thieves and robbed of their valuable sneakers in the street.

Collaborations with celebrities and designers are the most sought after by Sneakerheads, causing huge queues on the day they land in store. Staff now insist on ID and enforce a dress code to check the style credentials of customers as Sneakerheads have been known to pay homeless people to queue for hours in their place. Some take their love of brands so seriously that there is now a small industry in sneaker authentication where you can pay an expert to check if you have bought the real thing. The business is shrouded in secrecy to protect staff from bribery and violent threats in a cut-throat industry.[5] 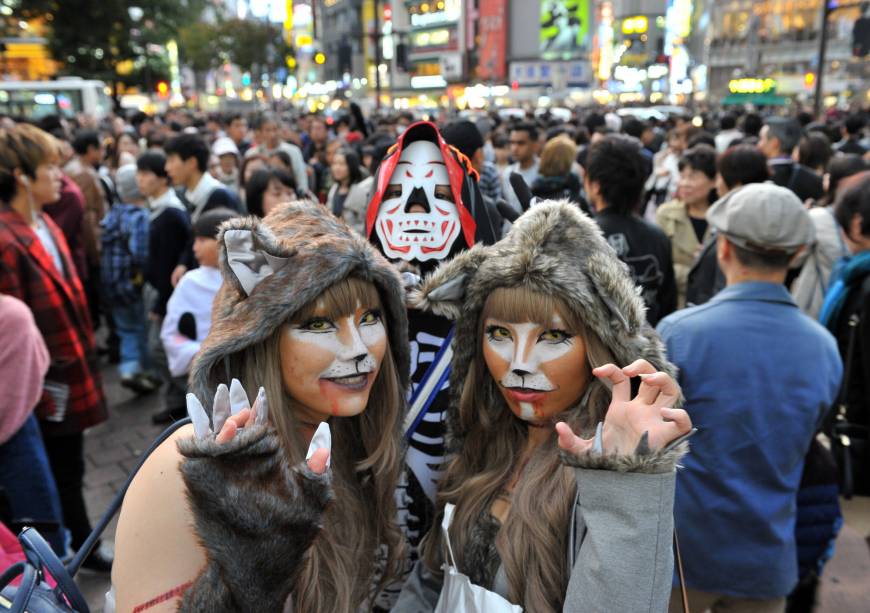 Halloween arrived in Japan courtesy of Walt Disney in 2000 when Tokyo Disneyland launched its first celebration. Japan has embraced Halloween and all its traditions – except for trick or treating which is a step too far for the polite society and instead, it’s all about the costumes. For a generation hooked on cosplay – dressing up as a character from film, TV or manga—it is the perfect holiday. Every year since 2011, crowds of costumed revellers gather at Tokyo’s iconic Shibuya “Scramble” Crossing to drink and party amid the traffic chaos. Record numbers flocked to Shibuya in 2018 and the night ended with multiple arrests and an overturned truck. Public drinking is now banned in Tokyo.[6] 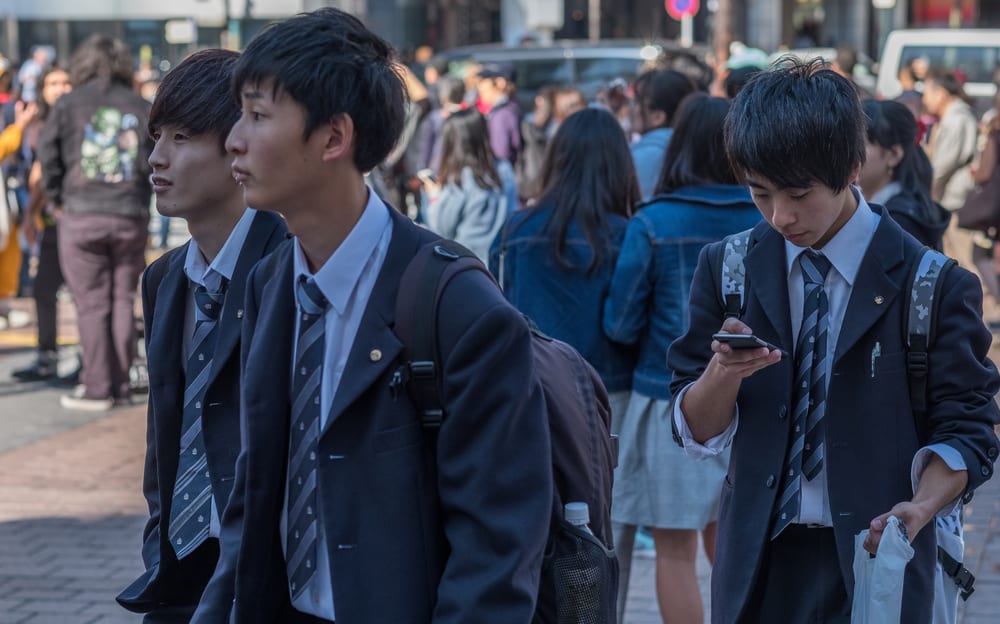 In 2019, the birth rate in Japan fell to its’ lowest since 1899. A survey by the Japan Family Planning Association found that 45% of women were either not interested or “despised” sexual contact. There is a growing number of young men with dwindling sex drives named “herbivore men” due to their lack of interest in “flesh”. These “soushoku danshi” or “grass eaters” also despise the punishing work life the older generation, preferring a more passive existence.

Shinzo Abe, the prime minister has described the birth rate as a national crisis, but the reason for the drop could be simple economics. Long gone are the “salarymen” who dedicated their lives to one corporation, instead many Yutoris are employed on short-term contracts with little job security. Some Japanese parents will still oppose a marriage if the groom is not a high earning professional. More women are rejecting the traditional role of homemaker, preferring instead to have a career—the media has labelled ambitious female workers “carnivore girls”.

By 2065, the population is set to shrink from 127 million to 88 million, fuelled by the attitude of “mendokusai” meaning “can’t be bothered.”[7] 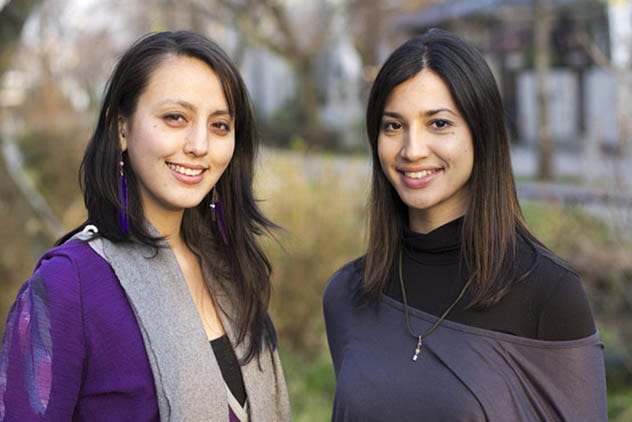 As an island nation, Japan is often regarded as a closed society. Japanese people of mixed race are known as “hãfu” from the English word “half” and have struggled to find acceptance. They are not officially recognised as a social group and are banned from holding dual citizenship. The government records no data on people with only one Japanese parent, and there is no acknowledgement of any discrimination they may face.

Slowly, some young Japanese of mixed heritage are gaining recognition. Ariana Miyamoto was born in 1994 to a Japanese mother and an African-American father and won the Miss Japan contest in 2015. She was inspired to enter the pageant after the suicide of a mixed race schoolfriend but faced criticism for not being “pure” Japanese.

The Ministry of Health has predicted that 1 in 30 babies born in Japan today are of dual heritage, the majority to parents from neighbouring Asian countries such as China and Korea. A new word “mikkusu” based on the English term “mixed race” is beginning to be widely used and “hãfu” is now seen as belonging to Japan’s past.[8]

Wearing high heels to work may be a personal choice for most women but in Japan, they are compulsory.

After spending a long shift in crippling 3-inch heels, Yumi Ishikawa tweeted about the unfair rule and kicked off a social media campaign. Women began sharing photos of their swollen and blistered feet tagged #KuToo – a combination of the words “kutsu” meaning shoes and pain “kutsuu”, plus a nod to the #MeToo movement.

Yumi started a petition in June 2019, proposing a law to stop businesses imposing women only dress codes and forcing them to wear the dreaded heels.
#KuToo has opened up a debate on gender discrimination and given a voice to women in a culture that disapproves of public emotion. Some companies have since relaxed their rules on footwear and Yumi has published a book about #KuToo where she writes: “It’s super-fun to be angry.”[9] 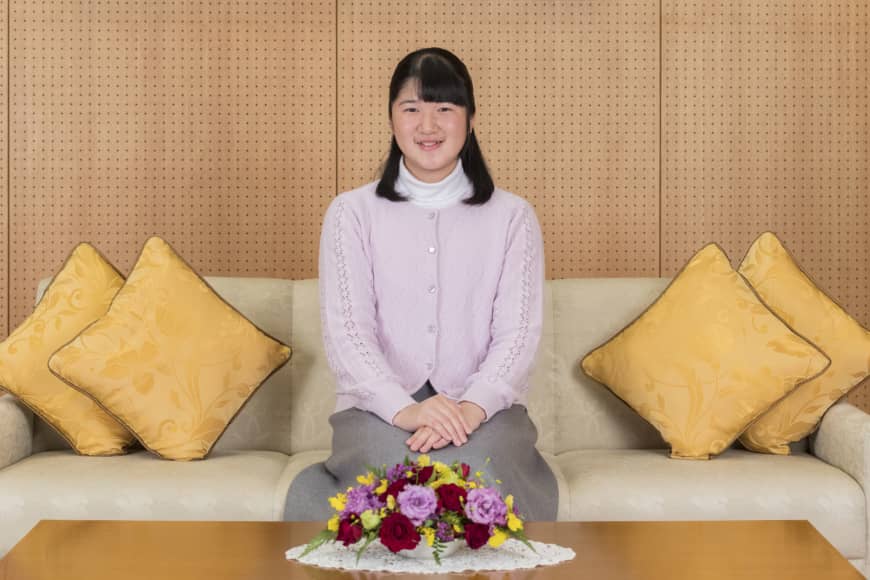 The Imperial Throne of Japan is the oldest monarchy in the world. Emperor Naruhito ascended the Chrysanthemum Throne in 2019 and has one child, Princess Aiko. Also known as “Toshi”, as a female she can never rule Japan – that honour will go to the nearest male heir—her cousin Prince Hisahito. 18-year-old Toshi has more teenage angst than most because ancient rules state she must marry a nobleman – of which there are none left in modern day Japan. Marriage to a commoner means she will lose her title, status and money, cut off with a one-time payment and facing life as a private citizen.

Toshi’s aunt, Princess Sayako did just that when she married a government official and had to take a crash course in driving and supermarket shopping before her wedding. Toshi’s cousin, Princess Mako aged 28, became engaged to fellow student Komuro Kei in 2017 – followed by months of royal silence. The Imperial Family announced a postponement in 2018, and Mako stated: “It is because of our immaturity, and we just regret it.”

There are now six unmarried Princesses who will all have to choose between a life of independence or royal duty. Unless the laws of succession are changed, the future of the monarchy currently lies with a 14-year-old boy.[10]

About The Author: I am a true crime enthusiast and lover of words.