Often, people think of royal courts as being refined and dignified, but some of the members of such courts have been coarse, vulgar, and rude. Others have had to perform unpleasant, even disgusting, roles. Some have even had to sacrifice themselves or parts of themselves. Here are 10 people who held bizarre positions in royal courts. 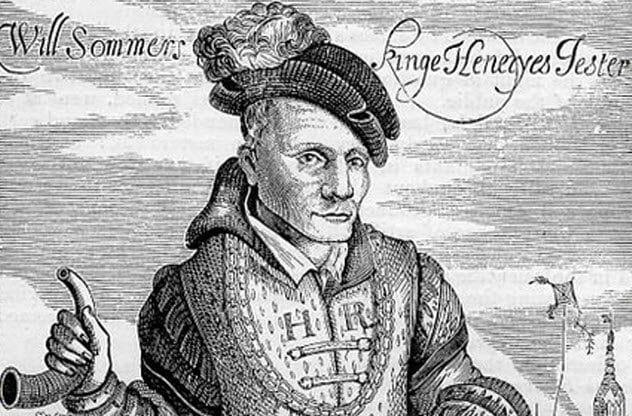 England’s King Henry VIII installed Will Somers as his court jester, or fool, in 1525. Like other court jesters, Somers enjoyed great leeway in what he could say, and he always cloaked his sharp observations in humor and wit.

According to Robert Armin, Somers saw the juggler, Thomas, carrying milk and bread and asked the king for a spoon. The king had none, and Thomas advised the fool to use his hand. Somers replied with a verse:

This bit, Harry, I give to thee,
And this next bit must serve for me,
Both which I’ll eat apace.
This bit, Madam, unto you,
And this bit I myself eat now,
And the rest upon thy face.

As he recited the last line, Somers threw milk in Thomas’s face. The juggler fled the room, never to return.

Once, Somers called Queen Anne Boleyn a “ribald” (a lewd woman) and Princess Elizabeth “a bastard.” Although King Henry VIII threatened to kill Somers, the king relented and the fool continued in the monarch’s service until the king’s death. 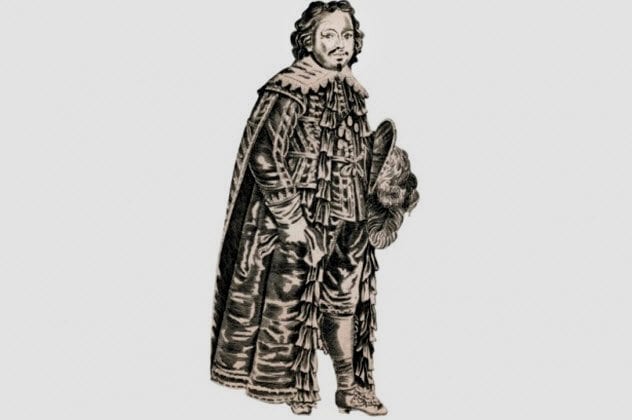 Archibald (“Archy”) Armstrong, the fool of England’s King James I, was allowed to make quips freely without fear of retribution until he finally went too far. Openly belligerent toward Archbishop Laud, Armstrong once interrupted the archbishop while he was saying grace.

Armstrong interjected an insulting play on words: “Great praise be given to God and little Laud to the Devil.” “Laud” means “praise.” But as it was also the name of the archbishop, Armstrong was suggesting that the Devil deserved little praise and the august clergyman should be damned.

Armstrong continued to verbally lambaste the archbishop until his victim demanded that the fool be dismissed from the court and the jester was replaced by a new fool. 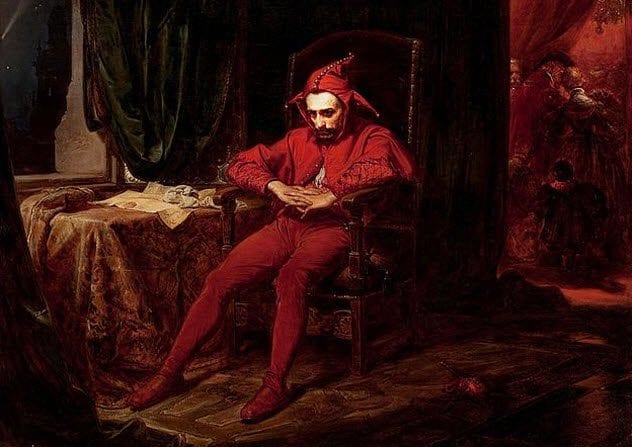 The court jester for Polish kings Alexander, Sigismund the Old, and Sigismund Augustus, Stanczyk was a thoughtful, gifted satirist who used his wit to lampoon the political situation of his day. Apparently, he was also a shrewd political analyst and a wise student of international affairs.

In Jan Matejko’s painting (pictured above), the fool is slumped alone in a chair. He wears a jester’s cap and red clothing. Crestfallen, he muses upon a report that the Russians have captured Smolensk.

Ironically, the king and the courtiers, partying at the 1514 royal ball, are oblivious to the fact that the Russians will soon control Poland. Only Stanczyk, the downcast fool, envisions the horrors soon to come. 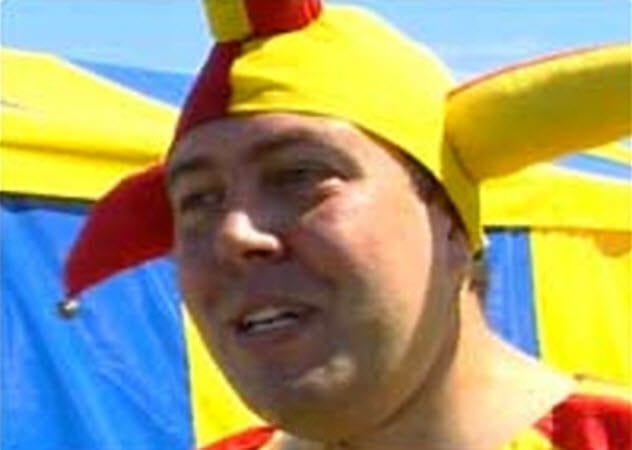 When England’s King Charles I lost his head in 1649, his fool lost his job. Oliver Cromwell abolished the position, and there were no more jesters in England until 2004. At that time, professional juggler Kester the Jester (Nigel Roder) won a contest of wits against six competitors and earned the title of State Jester.

Judges chose Roder during a history festival at Stoneleigh in Warwickshire. During summer 2005, he performed throughout England at all the events of English Heritage, a charity that manages English historic sites.

Not all fools were happy with the contest, though. The National Guild of Jesters claimed that the contest offered scant notice so that “professionals” were unable “to apply.” 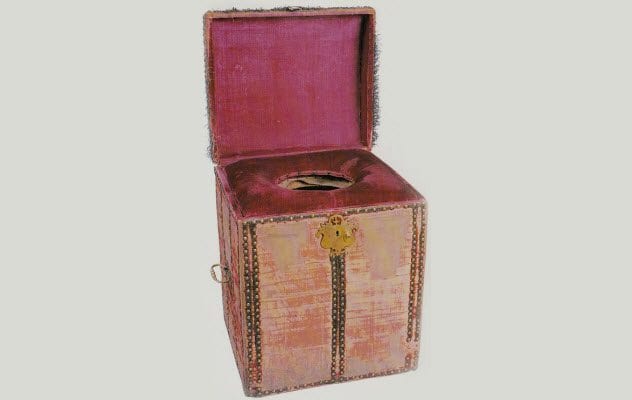 The most disgusting duties performed by any member of the royal court were those executed by the groom of the king’s close stool (aka “groom of the stool“). The word “stool” refers to a portable potty for his majesty’s exclusive use. It might be a velvet-covered pine box with a hinged lid, a wooden box fitted with drawers, or a modified chair with an upholstered seat and back.

Often a person of noble birth, the groom was responsible for assisting the king in his performance of the “bodily functions of excretion and ablution,” which included “monitoring [the king’s] bowel movements,” assisting him with his diet, scheduling courtly events so they wouldn’t interfere with toilet visits, and wiping the royal bottom.

England’s King Henry VII’s groom of the stool, Hugh Denys of Osterley, was perhaps the first such member of the royal court. Over time, the groom became the king’s confidant. The groom even advised the king concerning affairs of state and the heart. 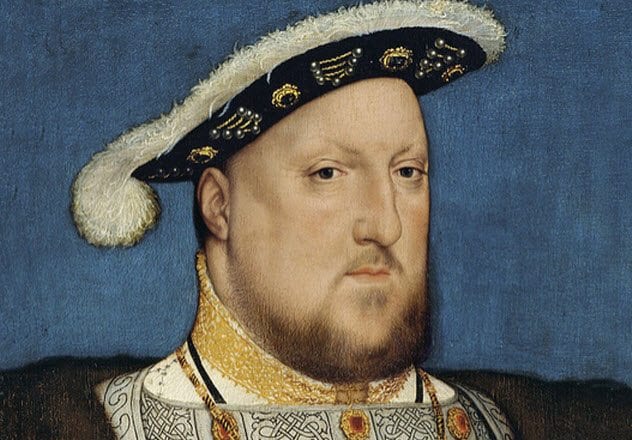 King Henry VIII’s groom of the stool, Sir William Compton, was kept busier than most as the king’s gluttonous appetite necessitated frequent visits to the toilet. Compton was also “responsible for the king’s linen and clothing, his jewelry and tableware,” and “for looking after several of the royal manors.”

In addition, Compton procured women to satisfy the monarch’s enormous sexual appetite and arranged the king’s schedule to accommodate his affairs. With his influence, Compton enriched himself by accepting money for favors.

Grooms performed delicate roles, politically as well as personally, as shown by Compton’s successor, Sir Henry Norris. When Norris threw his support behind Anne Boleyn and she was executed, Norris was charged with treason and his head was lopped off as well. 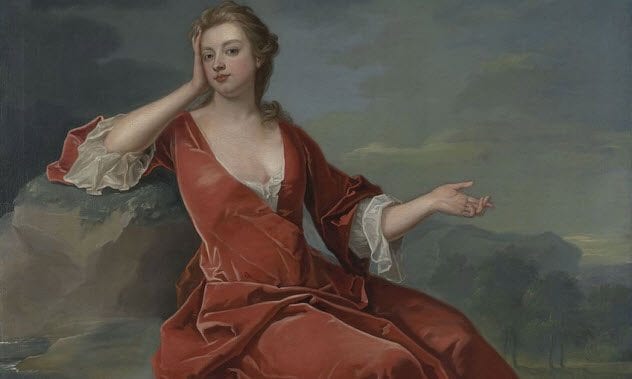 Later, the title of groom of the stool was changed to “groom of the stole” to reflect the groom’s responsibilities for assisting the king in dressing. Queens had female grooms.

Sarah Churchill, Duchess of Marlborough, was one of the ladies who performed the groom’s services for England’s Queen Anne. Although the groom and queen had been fast friends since childhood, they parted company when Churchill sought to dominate and control the queen.

Churchill became jealous of her cousin, Abigail Hill, after the queen made Hill her lady of the bedchamber and Hill took a suite of rooms that Churchill had regarded as hers. Further damaging her friendship with the queen, the groom insisted, against Anne’s wishes, that the queen move from Kensington Palace to St. James’s Palace after the death of her husband in October 1708. Churchill also removed a portrait of Anne’s late husband from the queen’s bedchamber and refused to return it upon Anne’s request.

Finally, the queen severed her relationship with Churchill. 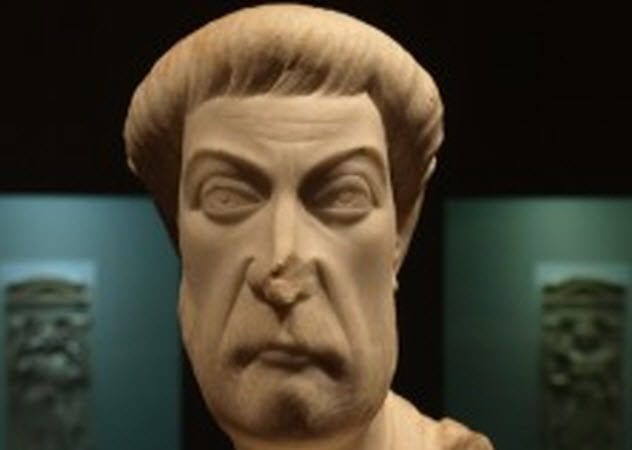 Eunuchs also served as members of the courts in Middle Eastern and Asian realms and empires. Born a slave, the eunuch Eutropius was given by his master, Arnithus, to Arinthus’s daughter. She eventually dismissed Eutropius, who was left to wander about Constantinople in poverty. A court officer then installed Eutropius as a low-ranking imperial chamberlain.

Over time, Eutropius attained great influence as the chief chamberlain and adviser to Emperor Arcadius. By selling his influence, Eutropius amassed a personal fortune. As Arcadius increasingly retired from public life, the former slave ruled the empire behind the scenes.

When Roman troops revolted, Gainas, a Goth in command of Constantinople’s troops, called for Eutropius’s banishment. Empress Eudoxia supported Eutropius’s exile. At first, he was given sanctuary in the Church. A few days later, however, Eutropius left the Church and was captured. He was tried for various crimes and subsequently beheaded. 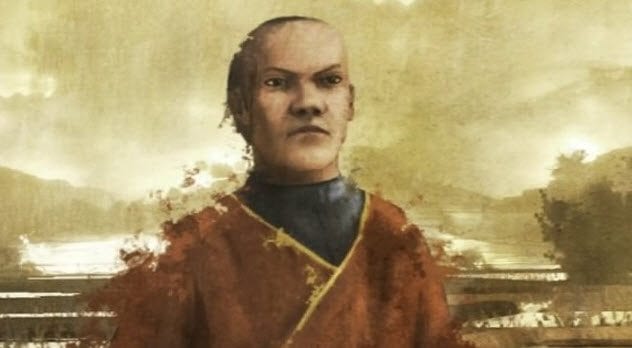 The Ming dynasty’s Zhengde emperor of China was notorious for his folly and cruelty. He was also mad. He led his troops on impulsive missions and issued commands to “an imaginary double,” General Zhu Shou.

In addition, at the outset of his reign, the emperor gave charge of the empire’s affairs of state to a eunuch, Liu Jin, with whom he quarreled five years later. Consequently, the emperor ordered that the eunuch be sliced up, slowly, over a period of three days. Liu Jin didn’t make it that long, dying on the second day of the prolonged torture. 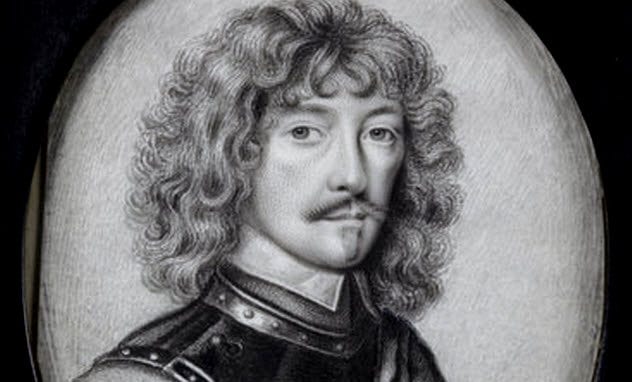 Another bizarre position at the royal court was that of whipping boy. No one but the king himself was permitted to punish the prince. Since the king was unavailable most of the time, the position of whipping boy was instituted.

A boy would be raised with the prince so that the youths became close friends. Then, if the prince was rebellious or mischievous, his companion would be beaten. It was presumed that this would make the prince suffer emotionally as he witnessed his innocent friend’s punishment.

Of noble birth, the whipping boy lived in the royal palace as a child and enjoyed the same luxuries as the prince. William Murray, who served as the whipping boy for England’s King Charles I, was well rewarded when Charles became king. In 1643, the king made his lifelong friend the first Earl of Dysart.

Gary Pullman lives south of Area 51, which, according to his family and friends, explains “a lot.” His 2016 urban fantasy novel, A Whole World Full of Hurt, was published by The Wild Rose Press. An instructor at the University of Nevada, Las Vegas, he writes several blogs, including “Chillers and Thrillers: A Blog on the Theory and Practice of Writing Horror Fiction” and “Nightmare Novels and Other Tales of Terror.”