Some musicians possess more than just charisma and talent. They’re mysterious. They make people whisper about deals with the devil and conspiracy theories long after the musician’s deaths. Some of them have become legends grapping our attention even today and drawing us in in their dark and hidden lives. 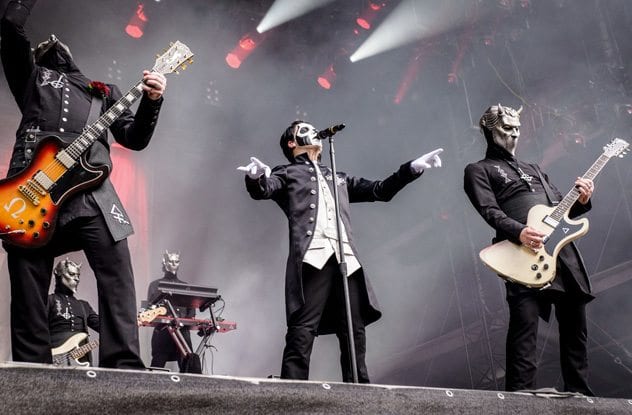 The Swedish occult rock group Ghost is without any doubt one of the most mysterious bands of all time. With lyrics like “Lucifer, we are here for your Praise,” and “Rise up from hell,” the band is the embodiment of blasphemous devil rock. But what makes the band really intriguing is that all six members remain completely anonymous.

They are known as nameless ghouls with one front man wearing the outfit of an antipope. In an interview, they compared their concerts to a mass. 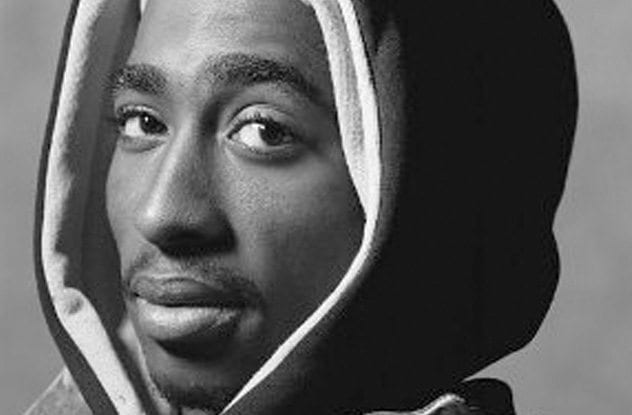 Tupac was famous for his contradictorily violent music, and he was involved in gang activities. But all that is certain about his death is that Tupac was shot with four bullets (witnesses weren’t even sure where the bullets hit him) while driving in a car and stopping at a traffic light. Still alive, he was transported to Medical Center of Southern Nevada, where he died six days later on September 13, 1996.

However, rumor has it that Tupac survived the shooting and now lives in seclusion in a villa on Barbados or Cuba. There exist several photos that try to prove that he is still alive. 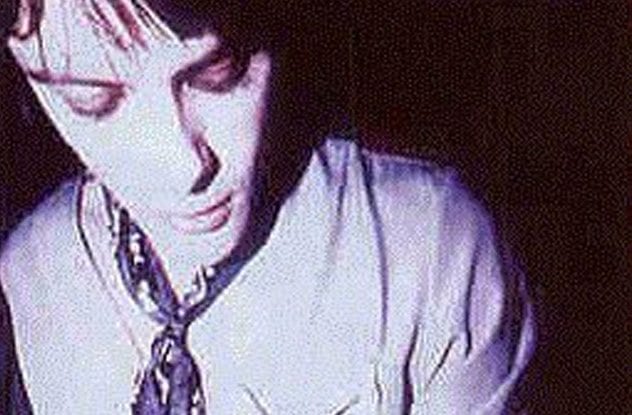 Richey Edward was the guitarist and lyricist of the Manic Street Preachers. When he wanted to fly with another band member to the USA, he for some unknown reason decided to go to his hometown instead. He spent two weeks there, and then suddenly disappeared at the age of 27 (making him a member of the mysterious club 27).

After 13 years of searching, authorities declared him dead. The only trace of Richey Edward that has been found was his abandoned car. Despite this, the other members of the band still pay one-quarter of their salaries into a bank account for him, believing he is still alive. 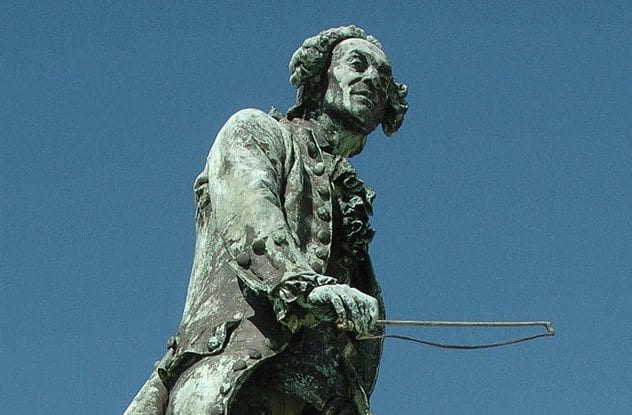 Giuseppe Tartini is the musician on this list that only expert violinists will know. He was born 1692 in the Venetian republic and was the first known owner of one of the famous Stradivariuses. In 1765, just a few years before his death, Tartini had a dream in which he met the devil. The devil played him a piece on the violin, and Tartini, after waking up, tried to write it down.

The Violin Sonata in G minor or “The Devil’s Sonata” became one of his most famous works. It is such a complicated and difficult piece that people in his time murmured that Tartini must have six fingers to be able to play it. (It was also rumored that everyone who played the complete piece would inevitably lose his soul to the devil. Would you try it? Find the sheets here). 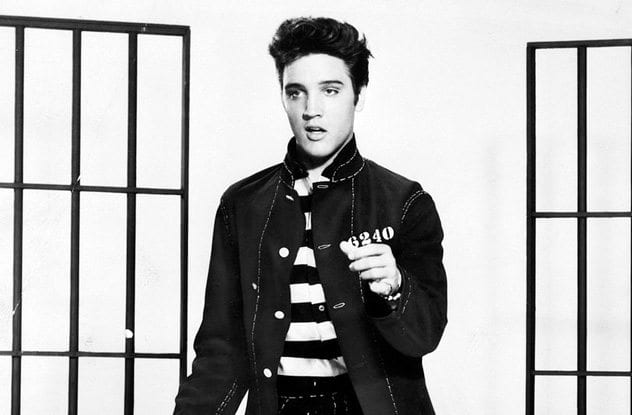 The much celebrated king of rock died under mysterious circumstances.

Officially, Elvis died after a heart attack in 1977, but it has been rumored that he died by a drug overdose. Whatever the cause of his death, some people believe Elvis did not die and is still enjoying his life. Allegedly, he has been seen several times, and photos exist that try to proove he lives in Kalamazoo, Michigan.

His death is not the only strange thing about Elvis. He claimed to have been visited by aliens at the age of eight, and they showed him a man in a white suit, singing to a crowd of people. 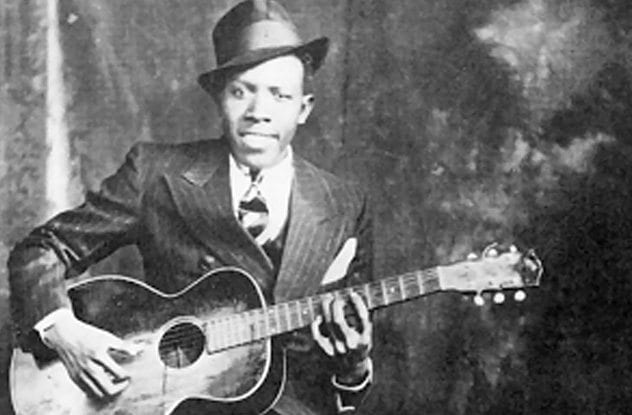 Another member of the club 27 is the blues legend Robert Johnson. The musician died in 1938 after being poisoned.

Johnson always wanted to play the guitar and the blues but wasn’t very good. One night, he went away, and he came back changed. According to his friends, he seemed to have acquired mastery of the guitar overnight, and when they asked what he had done, Johnson told them that he had met the devil at a crossroad (the crossroad is in Mississippi, and people still visit the place today). The devil had tuned the strings of his guitar and had given Johnson talent in exchange for his soul. Johnson wrote a song titled “Me & the Devil,” and the rumor of his Faustian-bargain never subsided. 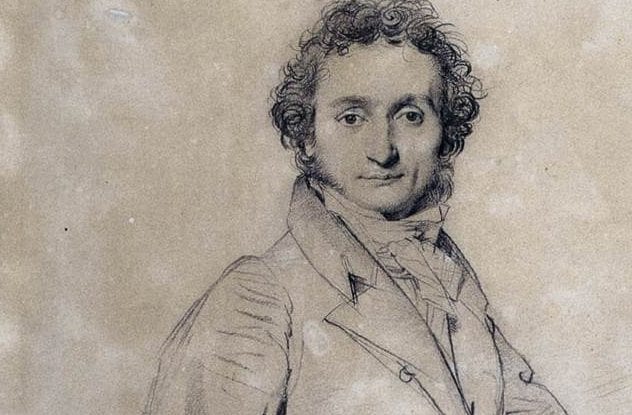 The rumors and myths surrounding Paganini are endless. Born 1782 in Italy and starting to play the violin at age five, Paganini became one of the first rock stars. He had his first mental breakdown at 15, was a drinker, gambler, and womanizer, and doubtless was one of the best violin players ever to wander the earth (playing 12 notes per second). His skill soon made people think he had bargained with the devil, but his appearance also made them suspect he was the devil’s son. Paganini was very tall, thin, pale with a long nose and hollow cheeks. His lips were said to possess a sardonic smile and his eyes to blaze. Doppelgangers of Paganini were spotted in the audiences or sometimes seen on stage.

Another rumor claimed that he had murdered a woman, trapped her soul in his violin, and used her guts as eternal strings. Before he died, he turned away a priest for last rites, and after his death, he was not buried in consecrated ground. 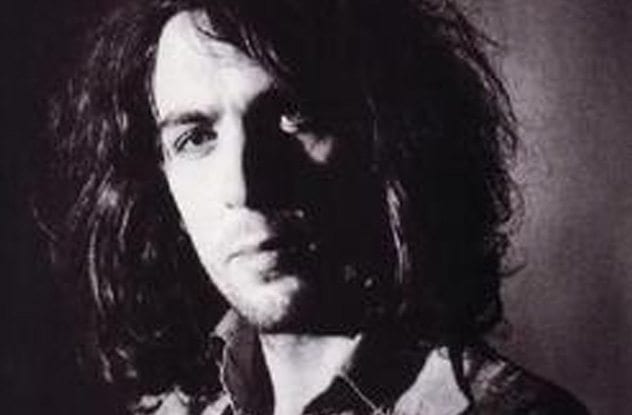 Syd Barrett, real name Roger Keith Barrett, was one of the founding members of the psychedelic rock group Pink Floyd. Barrett was singer and guitarist but stayed only two years in the band. Due to excessive drug use, he started to develop schizophrenia and to hallucinate. At one gig, Barrett tried to style his hair with a tube of Brylcreem (having crushed Mandrax in it). When he turned up on stage, the lights caused chemical reactions with the cream, and half his face melted away.

After he had to quit Pink Floyd, he started anew with a band named Stars. Stars was never highly successful, but a very creepy rumor ranks around one of their never published albums, The Melting Lady. In one of the songs, “Two Little Towers,” Barrett allegedly speaks about towers that crumble in 2001. Not only is he predicting 9/11 but also his own death in 2006. 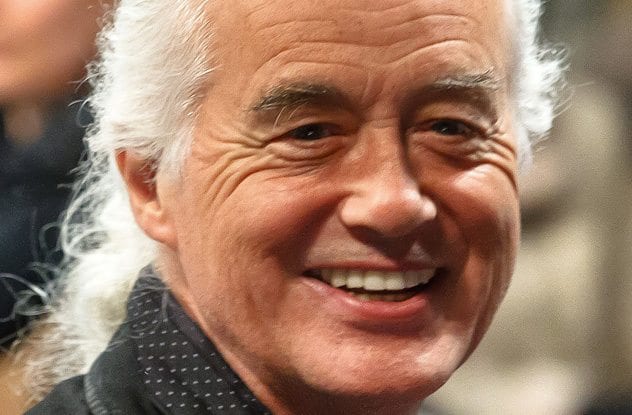 Jimmy Page was the guitarist in Led Zeppelin. The whole band is often presented with having occult connections, and it is rumored that three band members made a deal with the devil. One of the most famous songs of all time, “Stairway to Heaven,” is said to contain devil worship if played backward with sentences like “Oh, here’s to my sweet Satan” (Want to hear it for yourself? Try here).

Out of the band, Jimmy Page is the one deepest connected with occult practices. Page is known to be an admirer of Aleister Crowley and even bought Aleister Crowly’s former residence located near Loch Ness but left the house because he claimed it was haunted (not because of Crowley but because of its turbulent past). 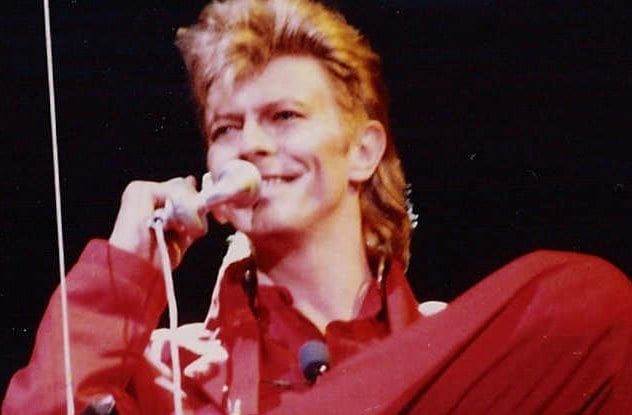 Throughout his career, Bowie has always used the metaphor of the fallen star. He was Ziggy Stardust, The Man Who Fell to Earth, and sang about Starman and Astronauts. With his otherworldly look and music, it is not hard to see why people often thought he came directly from space.

There have been countless speculations over his last album Blackstar and the song “Lazarus,” with hidden messages of Bowie coming back from the dead in the lyrics (Lazarus being a biblical figure, resurrected by Jesus). It is known that in his young years Bowie was very interested in Kabballah (rooted in Judaism, Kabballah is a foundation of mystical or religious interpretation), and he was nearly obsessed with protective pentagrams. Moreover, Bowie was very interested in Aleister Crowley and even refers to him in his songs (like “Quicksand,” 1971). All his mysterious interests made people very shortly after his death think about the possibility that Bowie was not dead at all, and the Internet was flooded with theories about satanic and religious symbolism in his videos. The rumors of David Bowie faking his own death did not die down, and people still try to decipher all the messages hidden in his art.

A student from Scotland. Interested in history, fashion, and everything that scares normal people.