Corpses are often concealed mere feet from the living, clueless of their cadaverous companions. Sometimes, they are hidden to cover a crime. Other times, remains are held on to by the mentally unstable. Occasionally, accidental deaths go unnoticed for weeks, months, or even years with slowly rotting corpses festering in the shadows. 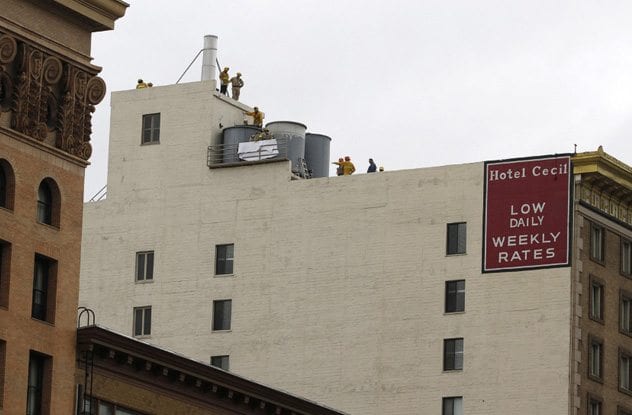 In 2013, a maintenance worker discovered the rotting remains of Elisa Lam, 21, floating face-up and naked in the Cecil Hotel’s roof top water tank. Los Angeles investigators believe she had been dead as long as 19 days, while guests below bathed with and drank the water. Security camera footage revealed Lam’s last moments. She appears to be playing a game of hide-and-seek with an unseen partner. She enters an elevator, pushes multiple floors, and then peers out as if looking for someone.

The autopsy revealed she died of accidental drowning. There was no sign of drug or alcohol intoxication. However, Lam treated her bipolar disorder with anti-depressants, anti-convulsants, and mood stabilizers. A combination might have triggered a breakdown. Some suspect that she might have been under the influence of a sleep aid. 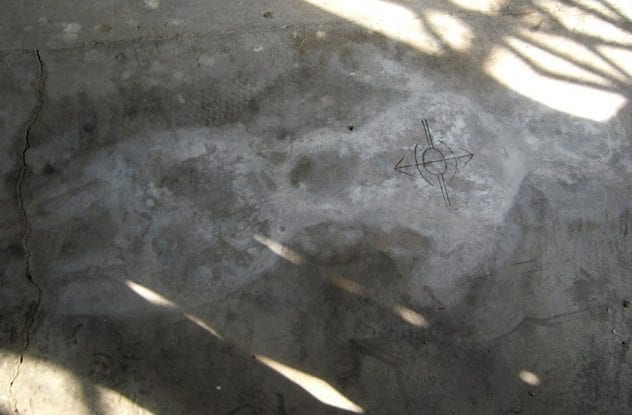 The Athens Lunatic Asylum has a grisly stain where the corpse of an escaped patient festered for over a month. On December 1979, patient Margaret Schilling vanished. 42 days later, workers discovered her remains in an abandoned ward. She was found naked with her clothes folded neatly besides her. Schilling’s badly decomposed remains seeped into the concrete. No matter how hard they tried, workers could not remove the stain.

The corpse stain is not the only blight on the building’s reputation. Initially started for Civil War veterans, the asylum soon developed a profit motive for accepting patients. Officials realized that patients could be put to work. Soon, they grew greedier, accepting homeless, elderly, and even rebellious adolescents. By the 1950s, the asylum was over three times capacity. In the 1993, it shuttered. 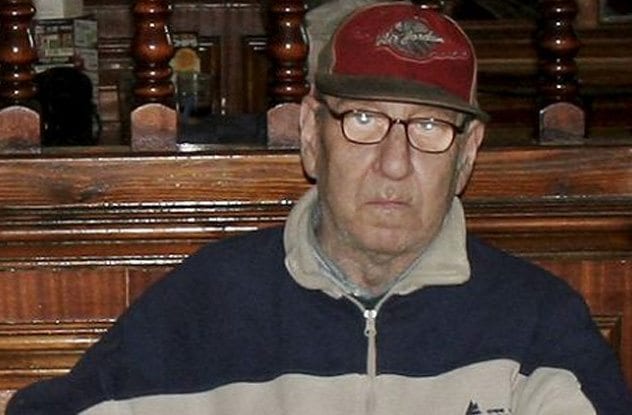 In 1998, Alan Derrick discovered his roommate dead. Fearing he would be evicted from his Bristol apartment, Derrick hid Dennis Pring’s corpse under a sofa. For years, neighbors complained of a foul stench seeping from the apartment. Even after repeated visits from council officers, the body was never found. In 2008, Derrick was evicted. A cleaning crew uncovered Pring’s skeleton.

The apartment was in a complete state of disrepair. There was no electricity. The water had been shut off. Garbage piled knee-deep all around, and the bathtub was full of human excrement. Derrick was arrested on suspicion of murder but was released without charges.

A heavy-drinking former warehouse worker, Ping was 73 at the time of his death. In his seventies and suffering from learning disabilities, Derrick has been re-housed.

728 Years Behind A False Wall 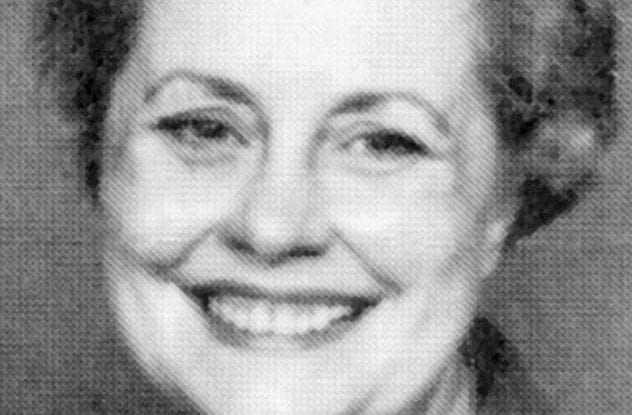 In 2013, a contractor discovered the remains of Joann Nicholls, 55, hidden behind a false wall in a vacant home in Poughkeepsie. Her husband, James Nicholls, reported the former first-grade teacher missing in December 1985. Her abandoned vehicle was discovered in a parking lot the following day. New York investigators turned up no leads.

Nicholls’s body was found in the house she shared with her husband. Her remains were found wrapped in a sheet, which had been placed inside a plastic bag and stored in a bin. A piece of her skull was missing, and her hands were bound. The autopsy revealed she died from blunt force trauma to the head. James Nicholls, 82, was found dead in the home in December 2013. No one in his family claimed the body or the estate. Nicholls’s murder is still an open case, and her deceased husband is a suspect. 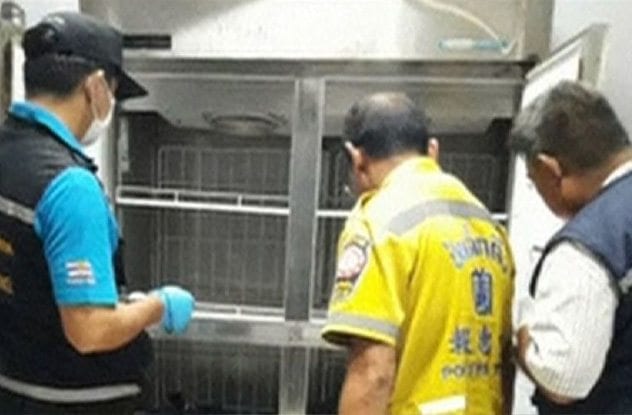 In September, Thai authorities discovered a man’s dismembered remains in a freezer in Bangkok. The find came during a raid on a suspected passport forgery ring. Along with the deceased, police recovered guns, drugs, and fake identity documents. The man appeared to have been in a deep freeze for three years. His identity remains a mystery. The remains were chopped into pieces and stored in several garbage bags.

Thai officials charged three men with concealment of a body, possession of fraudulent passports, and possession of drugs—including crystal meth and ketamine. Two of the suspects, James Eger and Aaron Garbel, claim American citizenship. Thai authorities believe Peter Andrew Colter, a dual US and British citizen, is the ringleader of the operation. The suspects’ identities and nationalities remain unsubstantiated. 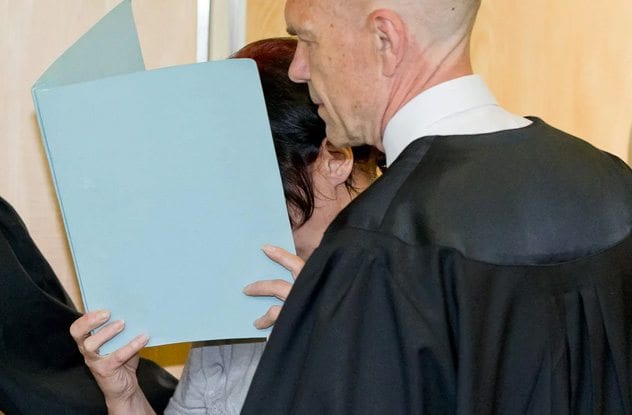 Last year, German police discovered eight infant corpses hidden in a Bavarian home. The remains were discovered behind a disused sauna, wrapped in towels and small bags. Four of the infant deaths were declared homicides. One was a stillbirth, and three were two badly decomposed to determine cause of death. Andrea Goppner, 45, was sentenced to 14 years for the killings.

The first body was discovered by Goppner’s husband’s eldest daughter, Nina, in a foul-smelling box. Goppner confessed that she had given birth to the babies at home without assistance. As soon as the baby began to cry, she would suffocate it. She could not remember the number she murdered. Her husband, Johann Goppner, was acquitted. Charges were reduced from murder to manslaughter as she had not acted out of “blatant self-interest.” 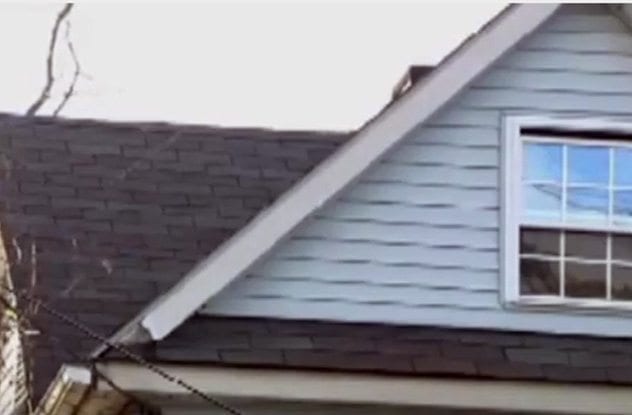 In November, a Pennsylvania woman discovered the mummified remains of her grandson in her attic. Zenobia Richmond, 65, stumbled upon the corpse when she heard a thud from upstairs. To her shock, the body of Dyquain Rodgers, 21, had fallen against the attic door. Rodgers was last seen alive in the same Eerie home on his birthday, November 1, 2014. He failed to report to his job at Little Caesar’s. Family, friends, and law enforcement searched tirelessly for two years, but all were stumped.

Richmond indicated she had last seen Rodgers speaking with someone on his cell. When police redialed the last number, the person on the other end claimed to have no knowledge of Rodgers. There was no indication of foul play, and authorities are currently treating the death as a suicide. This cause of death does not sit well with his family, who demand an autopsy and answers. 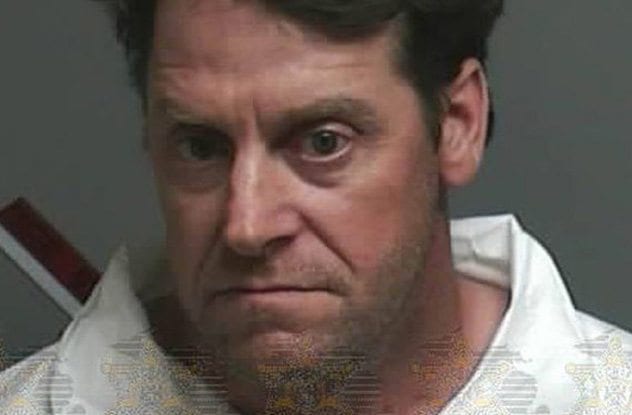 Detroit steelworker Loyd Dejohn murdered his wife, hid her corpse in a closet, and then repeatedly had sex with his cousin mere feet away. Kimberley Dejohn, 51, was reported missing in May 2014. A month later, her body was discovered in a shallow grave in Cheboygan County. A plastic bag was shoved in her mouth, and her arms and legs were bound. The autopsy revealed she sustained six blunt force injuries to her head and neck and stab wounds to the thigh and abdomen.

A Michigan jury convicted Dejohn, 48, of the murder. He faces a mandatory life sentence. After killing Kimberley, Dejohn concealed her under a blanket in the closet. He then moved his lover/cousin, Anjelica Gonzalez into his house. The accumulation of air fresheners could not cover the stench of decay. Dejohn moved the corpse after Anjelica, 25, complained about the strange odor. 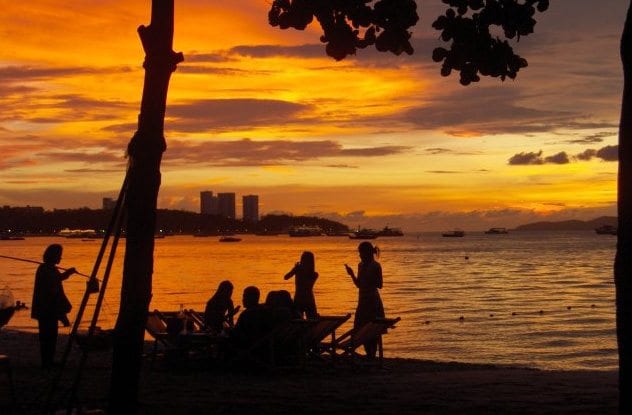 In August, cleaning staff discovered the festering corpse of a transgender woman under the bed of a hotel in the Thai resort town of Pattaya. The remains of Amphon Kongsong, 28, were discovered after guests complained about the foul odor but decided to spend a night in the room anyway. The following morning, a maid noticed the smell and blood near the bed. Police believe Kongsong had been dead for three to four days before her remains were found.

Two Thai teenagers, 17 and 14, were taken into custody and charged with premeditated murder and corpse concealment. According to police, the 17-year-old met Kongsong online and believed she could help him find work. They stayed in the hotel together. However, a fight broke out when Kongsong demanded sex. The 17-year-old strangled Kongsong, while the 14-year-old held her down. They hid the body in the bed frame and fled the hotel. 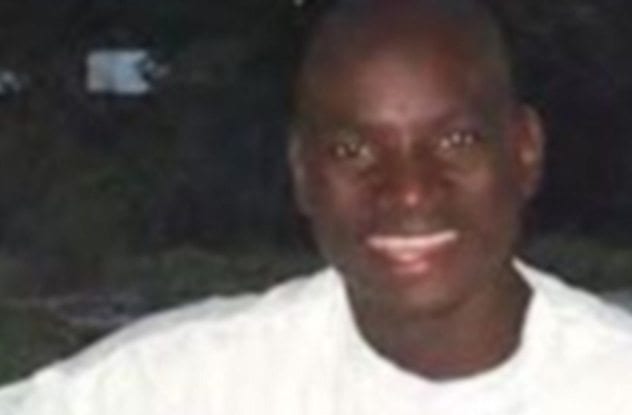 In 2015, the headless body of a man was discovered in an office air conditioning unit. Investigators believe Carlito Vale, 30, was a stowaway on a British Airways flight from Johannesburg to London and fell when the undercarriage he was clinging to opened. Vale landed on a rooftop air conditioning unit. Office manager Michael Bentley began receiving complaints about the AC, which some described as “stuffy.” Upon investigation, he found human bone sticking out of the smashed aluminum unit. Bentley peered inside and discovered Vale’s remains.

Vale was orphaned during the Mozambique Civil War. No one is sure what prompted the desperate 8,000-mile journey as a stowaway. Flight data revealed the British Airways flight was at roughly 1,400 feet when Vale fell. Investigators believe he was alive on impact. The crash had severed Vale’s head and several limbs.