Water can kill in many ways. Whether it’s a boating accident, a flash flood, or a freak accident involving a riding mower, water can quickly become a dangerous adversary. Fortunately, as these 10 amazing underwater accidents demonstrate, such incidents are not always fatal. 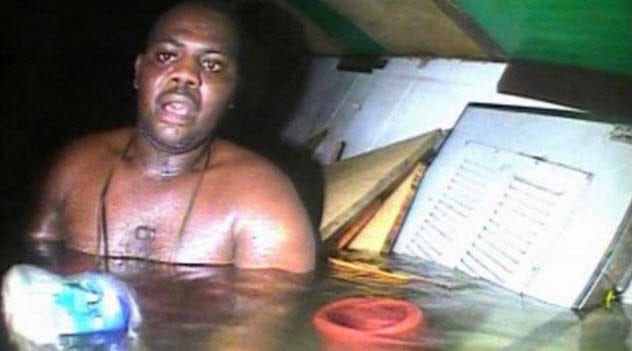 Despite having been submerged in the Atlantic Ocean aboard a sunken tugboat for three days, Harrison Odjegba Okene was still very much alive, the only one of the vessel’s 12-member crew to have survived. “[An] air pocket in one of the cabins” and a bottle of Coca-Cola had sustained him.

Okene had been in the bathroom when the tugboat capsized about 5:00 AM on May 26, 2013, off the Nigerian coast. As he made his way toward an exit hatch with three other men, a surge of water washed the other men away. Okene “knew” they’d been killed.

As he sat atop floating mattresses, fish swam through the boat. He could smell the other crew members’ dead bodies and was horrified, knowing that the fish were devouring their corpses. When he spied a diver sent to recover the bodies, Okene tapped the diver and was rescued. 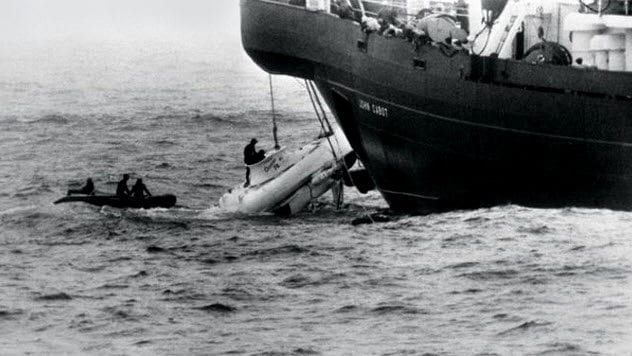 On August 29, 1973, Royal Navy submariner Roger Chapman, 28, and engineer Roger Mallinson, 35, were cramped inside Pisces III, a small submersible in which they’d been “laying transatlantic telephone cable.” As they waited to be towed to the surface, the hatch to the submersible’s aft sphere was “pulled off.” The submersible sank like a rock to the bottom of the seabed at a depth of 480 meters (1,575 ft).

They contacted the rest of the crew, who were topside aboard their ship, by telephone. Chapman and Mallinson had only 66 hours of oxygen left. They rationed the oxygen and refrained from eating their last sandwich and drinking their last can of lemonade.

After several ill-fated attempts, rescuers finally attached a towline to the submersible and Chapman and Mallinson were lifted to the surface. They’d been rescued just in time. Only 12 minutes of oxygen remained inside their submersible. They celebrated with the sandwich and lemonade.

8 Louisiana Woman And Her Dog

Trapped inside her sinking car in a 2016 flash flood, a Louisiana woman panicked. “Oh, my God! I’m drowning!” she screamed. To no avail, men in a boat tried to smash the car’s windows with a pole. One of the rescuers then ripped the fabric of the convertible’s roof, but the car sank completely.

His second attempt was successful. “I have your dog,” he told the woman as he lifted the “tiny white pooch above the water.” 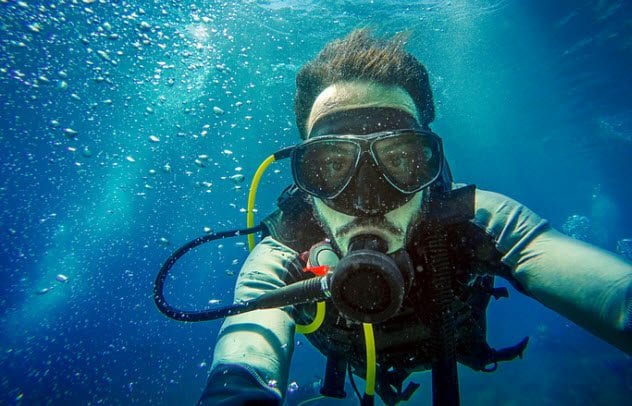 While performing “underwater construction work,” diver Chuck Staples, 29, got caught on a pipe. He was 90 meters (300 ft) off a Staten Island pier at the time of the accident, which occurred after 2:00 PM on December 28, 1987.

Wearing a diver’s helmet, Staples “was connected by a hose to a compressor on the surface” to communicate with others. The site’s office manager, Jim O’Keefe, and local police agreed that Staples was never in “severe danger.”

He was rescued when “other scuba divers secured his surroundings with sandbags and attached a line with which to lift the obstruction from him.” After doctors at Jacoby Hospital determined that he was uninjured, Staples was released. 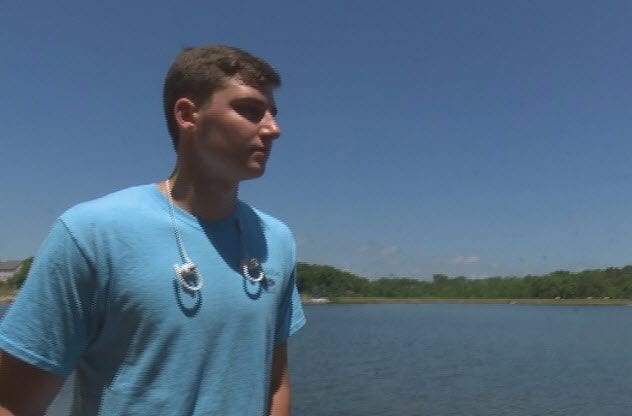 On a June 2016 evening, Seth De Luca, 14, jumped from a pontoon boat in White Oak Lake in Germantown Hills, Illinois, but he didn’t surface. Josh Dixon, 19, was shooting baskets nearby and saw a commotion as his neighbors rushed “to the lake behind his house.”

A former swim team member, Dixon was a strong swimmer. He found De Luca and brought the youth to the surface with a neighbor’s assistance. At the hospital, De Luca, who’d been underwater for 15 minutes before he was rescued, was listed in critical condition.

Fortunately, De Luca made a full recovery and was on hand to see his rescuer receive an award from the Woodford County sheriff during a “standing room only” ceremony in Eureka, Illinois. 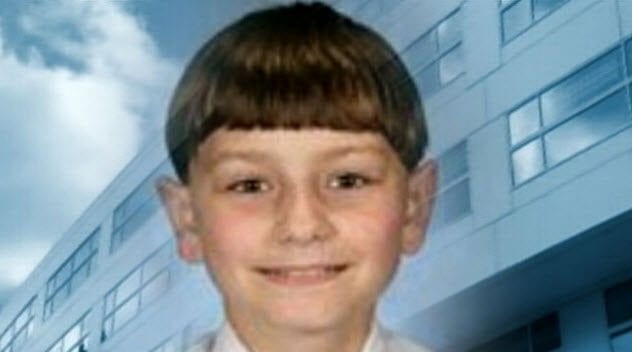 Swept out to sea by a riptide while swimming in the Pacific Ocean with his church’s youth group, Charles “Dale” Ostrander, 12, of Spanaway, Washington, was pulled underwater. Nicole Kissel, also 12, responded to Ostrander’s cries for help.

He climbed aboard her surfboard, and she lay atop him as he encouraged her to “keep kicking.” Kissel made it to shore, but Ostrander was pulled underwater again, this time for 20 to 25 minutes. Kissel said, “He’s dead.”

However, rescuers were able to pull him from the water. Although he wasn’t breathing, medics performed CPR on Ostrander as soon as he was brought onto the beach. At the hospital, he had a pulse again and was put in a medically induced coma. When doctors later reduced the level of his sedatives and called his name, Ostrander responded, opening his eyes and blinking.

Over the next few days, he continued to show improvement, answering yes-or-no questions and speaking in complete sentences. Nevertheless, doctors told his parents that he must undergo physical therapy and could suffer “permanent brain damage.”

“He had been . . . without oxygen for too long,” the boy’s mother, Kirsten Ostrander, said. She and her husband, Chad, accept their son’s fate, whatever it may be, as God’s will, she added. 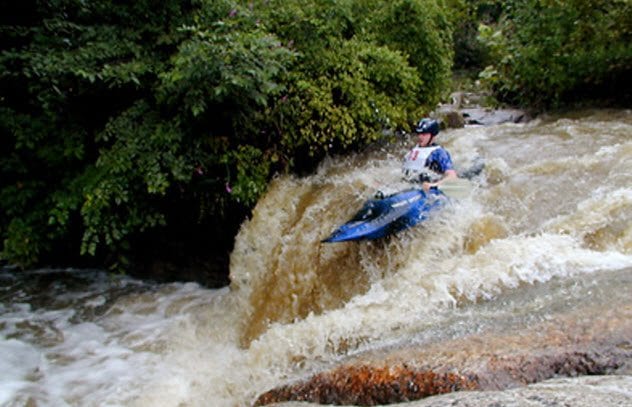 While kayaking in the Jones Falls River in Baltimore on an October 2016 afternoon, a kayaker was swept over the falls. A witness said, “He got caught in the wash; it pushed him under and he got separated from his boat.”

The others in his group threw ropes to him. But he vanished beneath the water where he “spent several minutes” before police were able to pull him out of the river. Unconscious, he was transported to University of Maryland Shock Trauma, where he was listed in “critical condition.” 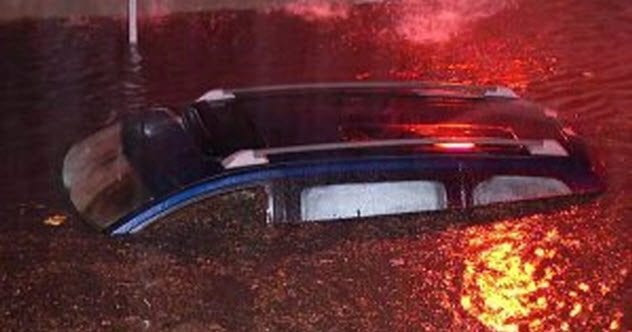 The 20-year-old driver of a van was trapped underwater after his vehicle was “stranded in heavy flooding” in the Midway District of San Diego, California. The downpour had broken a water pipe near Pacific Highway and Witherby Street, which caused the flood at approximately 9:40 PM.

Due to the pressure of the water surrounding his submerged van, the driver was unable to open a door or “roll down his electric windows.” Two police officers broke a window and “pulled the driver to safety.” 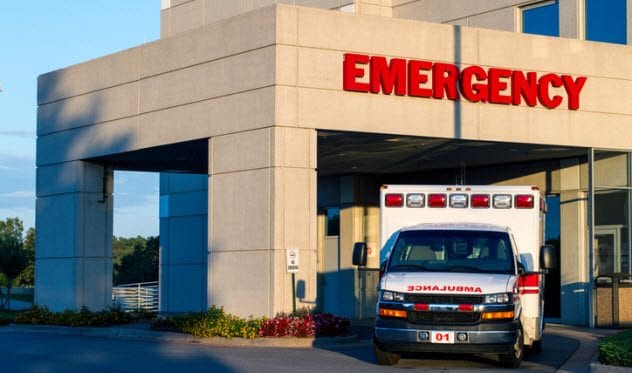 In summer 2016, a 73-year-old Lake Barrington man “lost his balance” while boating and fell from his craft into Illinois’ Lake Barrington. Fire department personnel “launched a boat” and recovered the man, who’d been underwater for 10 minutes. He had not worn a flotation device and was unable to remain afloat.

Transported to Advocate Good Shepherd Hospital near Barrington, he was listed in “critical condition.”

1 Ron Hacker And An ‘Unidentified Man’ 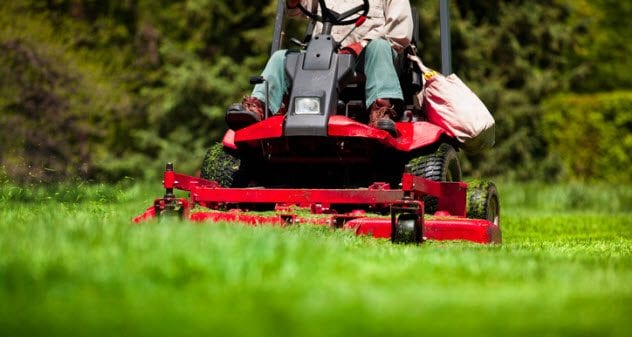 While mowing his lawn in 2007, Ron Hacker, 68, of Leavittsburg, Ohio, tumbled down a .61-meter (2 ft) embankment into the Mahoning River. His riding mower trapped him “in waist-deep water.” He was able to get his head above water but was unable to free himself.

“A neighbor heard the splash” and summoned Michael Oberlin, who was “installing satellite TV service” nearby. The two men rushed to Hacker’s aid, pulling him from beneath the mower. Hacker “suffered a few bumps on his head, some bruises, and a bloody nose,” but he was otherwise uninjured.

Connecting a chain to the submerged mower, Oberlin pulled it ashore with a truck. The next time he mows the bank, Hacker said, he may “use a push mower.”

Incredibly, a similar accident occurred in 2016 in East Lake, Florida, when an unidentified man “ended up pinned underwater by a riding lawn mower.” According to witnesses, he was mowing grass “parallel to the lake when he tumbled into the water.” Bystanders “spent several minutes” attempting to rescue the man before calling for assistance.

When local firefighters arrived, they could find “no sign of the man or the mower” until they spotted oil floating on the surface of the lake. A firefighter wearing a rapid diver system entered the water and found the man four minutes later.

“He was in full cardiac arrest when he was pulled from the water,” and he had no pulse. He was transported to Medical Center of Trinity, his condition unknown to the media at the time of the incident’s report.