When we hear the name Saint Nicholas, most people picture a jolly fat man in a red hat who brings presents on Christmas morning. Saint Nicholas, though, isn’t just a man who lives at the North Pole—he’s a real person.

About 1,700 years ago, the real Saint Nicholas lived in Turkey, serving as a bishop for the Catholic Church. The real man has a whole legend of his own, full of some incredibly strange stories that just might change how you see Christmas.

10 He Is The Patron Saint Of Prostitutes 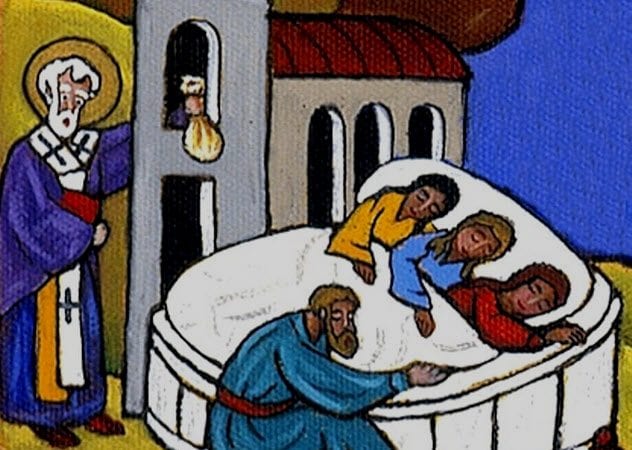 Being the patron saint of prostitutes is a huge part of Saint Nicholas’s legend.

As the story goes, a poor man in Myra in the third century had three daughters who were getting old enough to get married. Since the father couldn’t afford to pay their dowries, he decided to sell his daughters into slavery as prostitutes.

Saint Nicholas found out and decided to help. But he didn’t want anyone to know he was doing it. So he sneaked into their house at night and threw a bag of gold that landed in the oldest girl’s shoe. When she woke, she found it and finally had enough money to get married.

He came back again when the other girls came of age. The third time, the girls’ father caught Saint Nicholas, who made the father promise not to reveal Nicholas’s identity or what he had done.

9 He Performed His First Miracles In The Womb 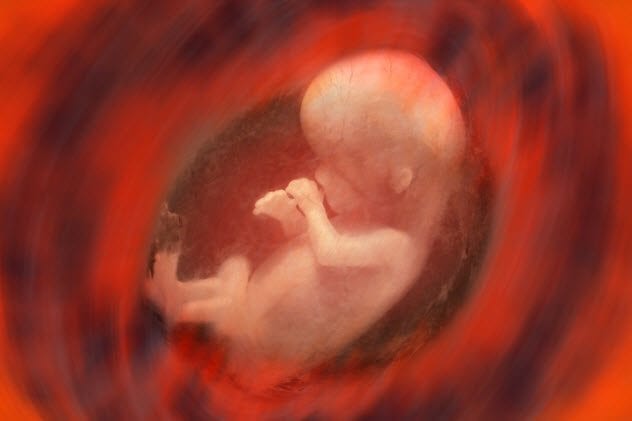 Saint Nicholas performed his first miracle at conception and his second at birth.

His mother, Nonna, was aging and childless. By some accounts, she was incapable of giving birth. Nicholas’s very birth was a miracle, creating life inside a barren womb—and he didn’t stop there.

Nonna got horribly ill while she was pregnant with him. The second that he was born, though, Saint Nicholas miraculously and instantaneously healed his mother. It was an incredible miracle that saved his mother’s life—for at least a couple of years.

Apparently, though, Nicholas didn’t like doing repeats on his miracles. While he was still a boy, both his mother and father contracted a plague. This time, Nicholas just let nature run its course and his parents died.

8 He Started Fasting When He Was One Week Old 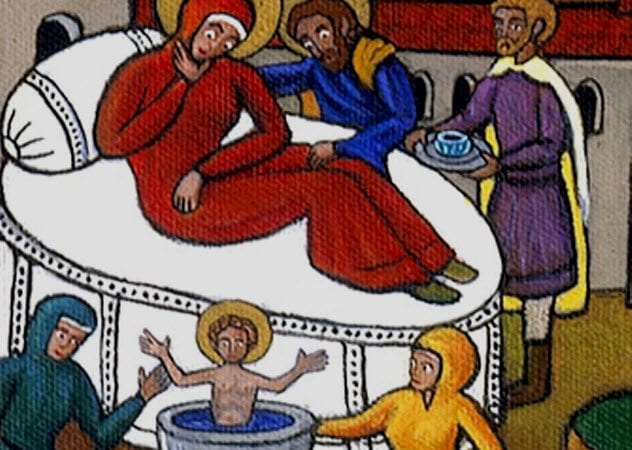 As soon as Saint Nicholas was born, his mother brought him to a baptismal font, where Nicholas performed his third miracle. In honor of the Virgin Mary, the newborn Saint Nicholas stood up on his own two feet without support. According to the legend, he stood there for three hours.

He was also incredibly pious, even before he could talk. He refused to breastfeed on Wednesdays and Fridays because these were holy days of fasting. He wouldn’t take a drip until he knew his parents had finished their prayers—making him the youngest person ever to guilt-trip his parents.

7 He Punched A Bishop In The Face 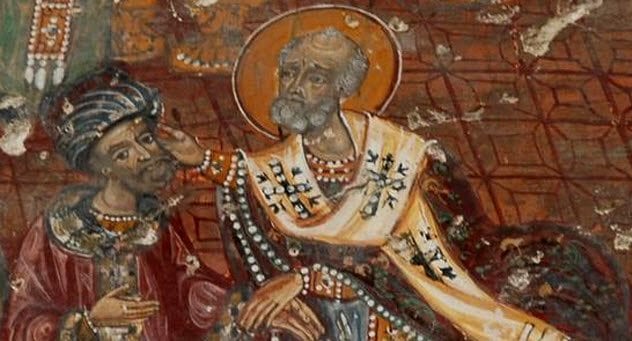 In AD 325, Roman Emperor Constantine held the Council of Nicaea. He called 300 bishops from around the world to gather together so that they could discuss their views on the Holy Trinity.

Saint Nicholas’s view was that Jesus was every bit the equal of God. On the other side, Bishop Arius argued that God was supreme above all. The bishops listened politely, waiting their turn to respond. Then Saint Nicholas rose and offered his rebuttal by punching Arius right in his stupid heathen face.

Nicholas was thrown in jail. When the Virgin Mary appeared and asked why he was in jail, Nicholas replied, “Because of my love for you.” Apparently on board with Nicholas’s problem-solving techniques, Mary left him a Bible. Then the emperor had him freed, and the council of bishops agreed that Nicholas was right.

6 He Brought Children Back To Life 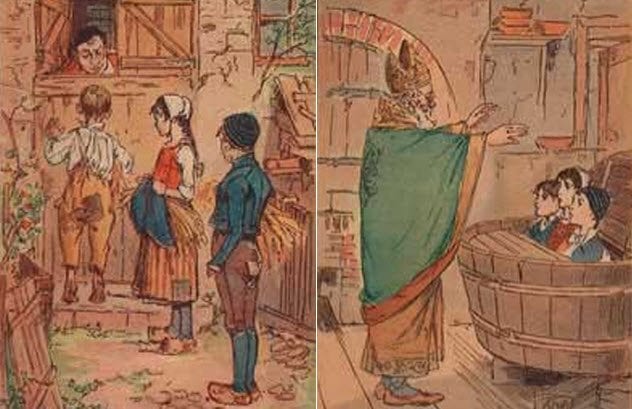 Saint Nicholas is also the patron saint of children. There’s a story behind that one, too—“The Story of the Three Pickled Boys“—and it’s a lot weirder than you’d think.

According to an old French song, three young boys knocked on a butcher’s door and asked if they could stay the night. The butcher invited them in, chopped them up with an axe, and threw them in a pickle barrel. He didn’t like kids and apparently couldn’t think of any other way to get them out of his house.

Seven years later, Saint Nicholas dropped by the butcher’s place to get some food. He asked about the barrel full of dead bodies, which the butcher had never thought to take out of his house.

The butcher freaked out. Saint Nicholas, who brought forgiveness to new extremes, said, “Repent, and God will pardon thee.” Then he put his finger out, and the little children came down from Heaven and back to life. 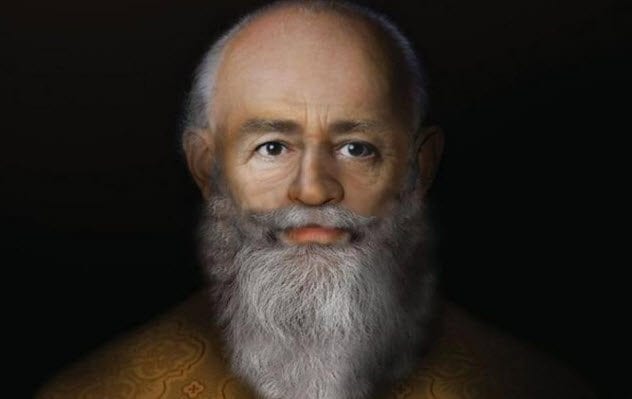 In 1953, a professor of human anatomy cracked open Saint Nicholas’s tomb and analyzed his bones. He found that Saint Nicholas looked different from the Santa Claus we imagine.

First of all, Nicholas wasn’t fat and he definitely wasn’t tall. He was just over 152 centimeters (5′) tall. Granted, people were shorter back in his time, but that still put him well below average.

Also, he probably wasn’t that jolly. By the time he died, Saint Nicholas was in constant pain. He had chronic arthritis in his spine and pelvis and horrible headaches from the bone thickening on his skull.

He also had a broken nose, most likely from getting his nose punched in while he was alive. Not everyone, it seems, loved jolly old Saint Nicholas.

4 His Bones Leak A Sweet-Smelling Liquid After Saint Nicholas died, his tomb started giving off a sweet smell. When the priests looked inside, they found a strange white liquid seeping out of his bones. They call it the “Manna of Saint Nicholas.”

Even when they move him around, he keeps secreting this white liquid. Whether it’s a miracle or just humidity, it’s definitely there. The church collects the manna in vials, mixes it with holy water, and sells it to people. They used to sell it as a magical cure-all.

Mozart drank Saint Nicholas’s liquid when he was on his deathbed. When he didn’t get better, he became convinced that he was tricked and given a vial filled with poison. That might be why he died, or it might be that drinking a strange liquid seeping from a Turkish man’s bones isn’t the best way to treat an illness.

3 His Body Was Stolen 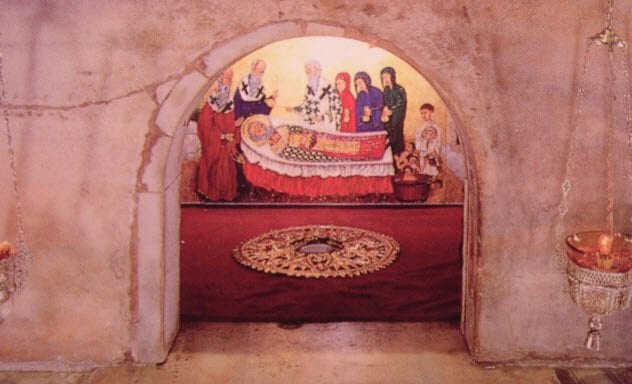 Saint Nicholas was buried in Turkey, and there he remained for a few hundred years.

In 1087, though, some good Christians from Italy wanted to show their devotion to God’s will. So they sent 70 sailors to Turkey, broke into his tomb, grabbed as many of his bones as they could carry, ran back home, put them on display, and charged tourists money to look at them. They insisted that this was the will of God.

Today, the Turks are trying to get Saint Nicholas back.

Plus they’re making a fortune by selling things in a house of God. Saint Nicholas’s bones bring in a lot of tourism and even more money. They sell 2-liter (2.1 qt) bottles of holy water mixed with the manna from his bones for £160—just as Jesus would have done.

2 His Bones Have Been Scattered Around The World Most of Saint Nicholas’s bones are in Bari, Italy—but not all of them. Little chunks have been ripped out of his skeleton and scattered around the world.

A church in France, for example, has a finger bone. Another French church has one of his teeth, as does a monastery in Germany. Over in Venice, they have a nice assortment of tiny bones, scavenged together from the little pieces in Turkey that the grave robbers accidentally left behind.

All across Europe, churches have little monuments to Saint Nicholas. The one in Germany, for example, has a golden statue of Nicholas holding up his own tooth like he just yanked it out with a string and a doorknob—a holy relic set up in humble reverence to a saint.

1 Children Put Hay In Their Shoes For His Donkey 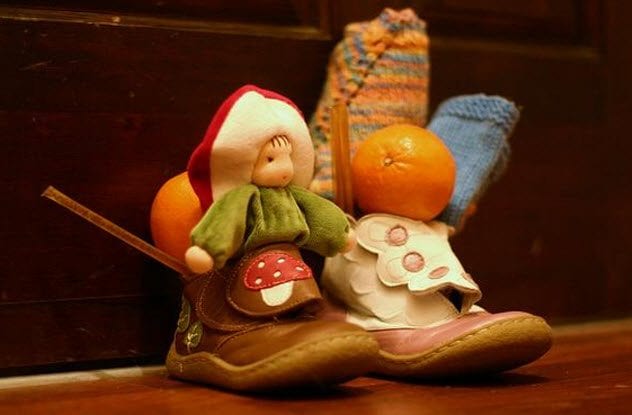 Today, in North America, we put stockings over the mantle and wait for Saint Nicholas to fill them with treats.

Most don’t realize that our tradition stems from an earlier Catholic one. Children would fill their shoes with hay and carrots before going to sleep. Saint Nicholas, they prayed, would come in the night with his donkey. He’d use their gifts to feed his animal and, in return, would leave fruit, candy, and toys in the shoes of the boys and girls.

On its own, it’s a cute little tradition, not too different from the one we follow today. In context, though, it’s a missing link that makes the origins of a time-honored tradition clear. The shoes are a clear reference to the story of Saint Nicholas giving the three women dowries.

So when we wait for gifts from jolly old Saint Nick, we’re following a time-honored tradition of hoping a saint will save us from having to sell our children into prostitution.