Planes crash every now and then. Although uncommon, this is a fact. What’s strange, though, is when a plane seems to completely vanish into thin air. Especially in the modern era, this is extraordinary, considering the incredible technology we have available to us. This is a list containing planes that left behind no wreckage, debris, clues, or answers from across history. 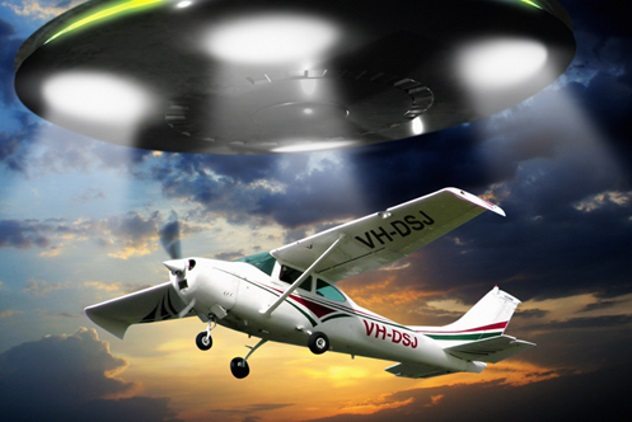 On October 21, 1978, 20-year-old Frederick Valentich disappeared during a flight in his Cessna 182L. Frederick was widely described by friends and family as a “flying saucer enthusiast,” and during the doomed flight, he reported being accompanied by an unidentified aircraft.

As Frederick flew over the Bass Strait between Tasmania and mainland Australia, he radioed air traffic control just after 7:00 PM to report that he was being followed by an aircraft. Air traffic control responded, saying there was no known traffic nearby. Valentich described the aircraft as large and illuminated by four bright landing lights. It purportedly passed about 300 meters (1,000 ft) overhead and was moving at very high speed.

Finally, Frederick stated that the UFO was orbiting above him and had a shiny metal surface and a green light. Air traffic control asked him to identify the craft, to which Frederick responded, “It isn’t an aircraft,” before his transmission was interrupted by unidentified noise described as “metallic, scraping sounds.” Contact was lost at this point, and neither Valentich nor his plane were ever seen again.[1] 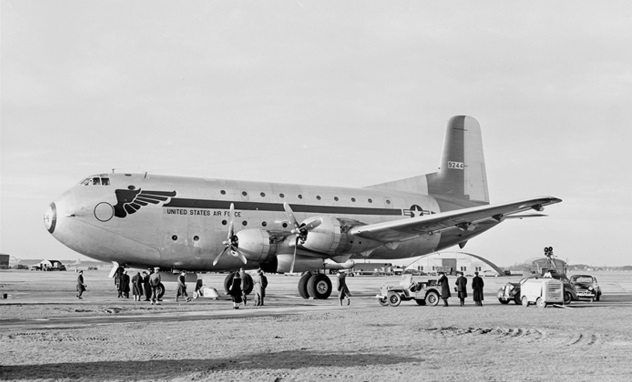 This is a strange one. On the late afternoon of March 23, 1951, a US Air Force Douglas C-124 Globemaster II on its way to England ditched into the ocean. An explosion in the cargo hold and the ensuing fire forced the pilots to put the plane down in the Atlantic, a few hundred miles from Ireland. The exact location was radioed by the pilots, and the ditching itself was successful.

The 53 passengers and crew aboard the flight donned life preservers and climbed aboard well-equipped emergency rafts. A B-29 had already been en route with the intention of aiding the plane in its navigation to the nearest airfield. When it arrived at the location transmitted by the pilots, the crew of the B-29 observed the passengers and crew in their rafts. It seemed everyone was okay.

The B-29 then had to return to base, as it was running low on fuel. However, when rescue crews arrived, the plane and the stricken passengers had all disappeared without a trace. All that was left was a piece of charred plywood and a briefcase. Nobody knows what happened in those hours while help was on the way.[2] 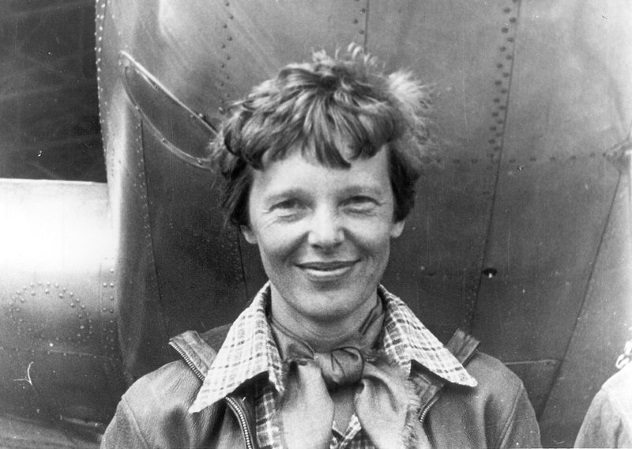 Amelia Earhart was an American aviation pioneer. She held many early records, including being the first woman to fly solo across the Atlantic Ocean. On July 2, 1937, she disappeared over the Pacific Ocean, near the island of Howland.

Her final transmissions to the nearby ship, Itasca, indicated that she believed she had reached Howland Island. However, this was incorrect: She was at least 8 kilometers (5 mi) away. Fearing the worst, the Itasca used its oil-fired boilers to generate large clouds of smoke to signal the fliers, but to no avail.

Many theories surround Earhart’s disappearance, including a failed crash landing into the ocean, a surprisingly complete theory of Japanese capture, and an explanation that assumes Earhart instead decided to land—successfully or not—on Gardner Island, 560 kilometers (350 mi) away.[3] 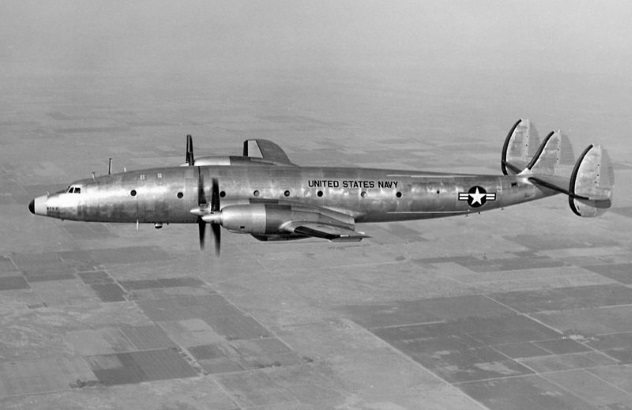 On March 16, 1962, Flying Tiger Flight 739 disappeared from radar screens over the ocean. The Lockheed Super Constellation aircraft was carrying 93 US and three South Vietnamese soldiers from California to Saigon. All 107 aboard the plane are presumed to have died in the incident.

No traces of wreckage or debris have ever been found. The only lead investigators have is an eyewitness account from a nearby civilian tanker, which reported seeing “an extremely bright flash of light, immediately followed by two red dots plummeting to the ocean at different speeds.” It is believed that the tanker witnessed the missing aircraft explode mid-flight, during which it split in two and fell to the ocean in separate fireballs.

The most reasonable assumption, given the evidence, is sabotage. However, since 518,000 square kilometers (200,000 mi2) of searching has turned up nothing, it is likely we will never get the true answers.[4] 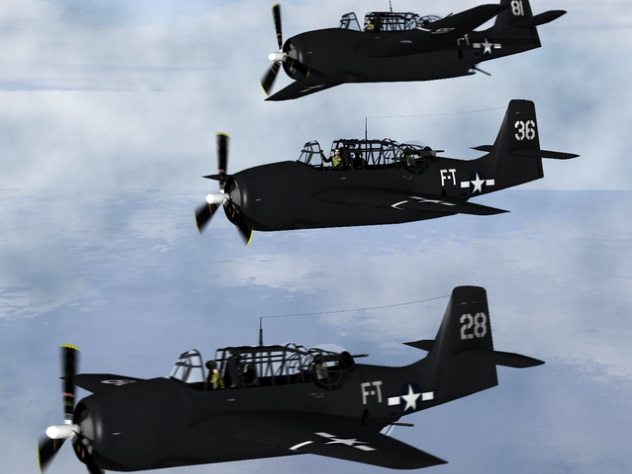 Flight 19 was the designation of five Avenger torpedo bombers that disappeared without a trace over the Bermuda Triangle on December 5, 1945. A Martin PBM Mariner flying boat also disappeared while searching for the lost bombers and their pilots. Overall, 14 crew members aboard the Avenger bombers were lost, as were the 13 aboard the rescue plane.

The bombers were experiencing serious navigation issues in and around the Bermuda Triangle. Their compasses were nonfunctional, and they were running out of fuel by their last transmission: “All planes close up tight. We’ll have to ditch unless landfall . . . when the first plane drops below ten gallons, we all go down together.”

By this point, the Sun had set, and the weather was deteriorating. At 7:27 PM, the PBM-5 Mariner took off and was never heard from again. A nearby tanker reported sighting an apparent explosion, whose flames leapt 30 meters (100 ft) high and burned for at least ten minutes. The wreckage of the bombers was never found.[5] 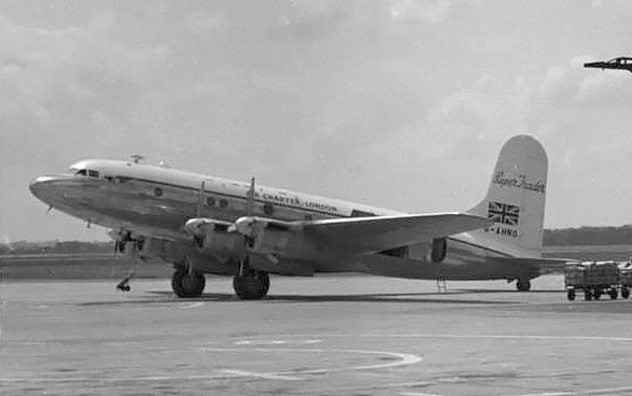 Star Ariel was lost on January 17, 1949. Very little is known about what caused the loss of the British South American Airways (BSAA) aircraft and its 20 crew and passengers. Weather was excellent, visibility was good, and the pilots were experienced. The captain chose a high-altitude flight path to best take advantage of the excellent conditions. The flight was between Bermuda and Kingston, Jamaica.

Last contact with Star Ariel was made at 9:42 AM. Despite a large search operation headed by a US Navy task force, no traces of wreckage, fuel, debris, or bodies was ever found. As stated by the head of the inquiry tasked with finding a cause for the loss of the aircraft: “Through lack of evidence due to no wreckage having been found, the cause of the accident is unknown.”[6] 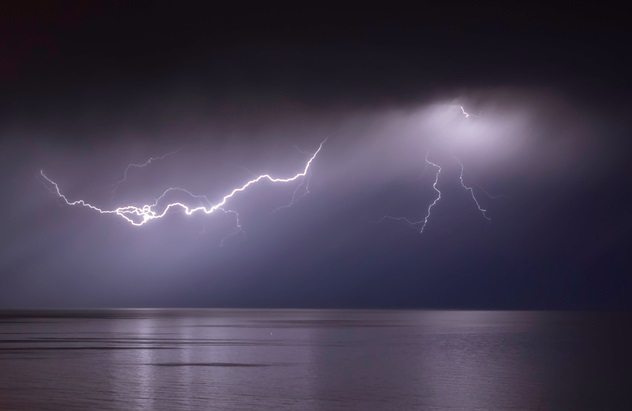 In the early hours of January 30, 1948, another BSAA craft, Star Tiger, disappeared between Santa Maria and Bermuda. All 31 passengers and crew aboard are believed to have perished, and the cause remains unsolved to this day. The Star Tiger was flown by two experienced pilots in strong winds and rain at an unusually low cruising altitude.

Flying at 600 meters (2,000 ft) during strong winds is inherently dangerous, but the pilots were highly experienced and likely very aware of their surroundings. It is suggested that a sudden, strong gust of wind could have forced the plane into the ocean or that altimeter failure could have made the pilots gently pitch the plane into the water. No distress call was made, and no wreckage or debris has ever been found.[7] 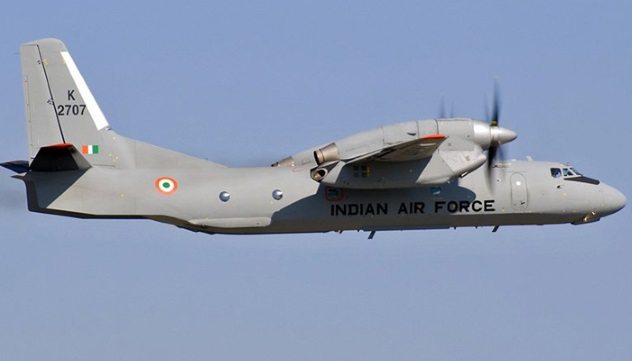 On July 22, 2016, an Antonov An-32 twin-engine transport aircraft belonging to the Indian Air Force disappeared while flying over the Bay of Bengal. There were 29 people on board at the time: 23 passengers and six crew members.

Radar contact was lost at 9:12 AM, and the ensuing search and rescue operation would become the largest in Indian history. Sixteen ships, a submarine, and six aircraft were deployed to aid in the search in and around the Bay of Bengal. On September 15, 2016, the mission was called off, and all aboard were presumed dead.[8] 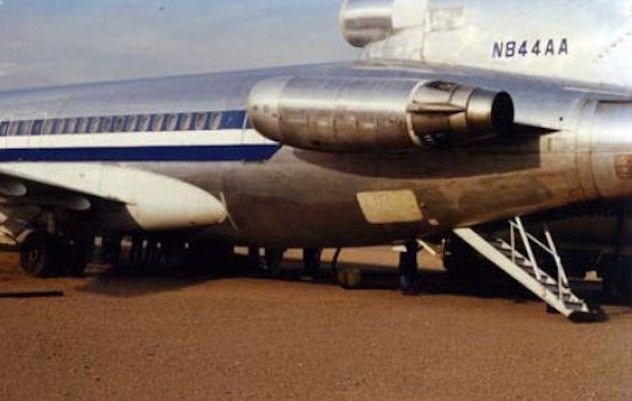 On May 25, 2003, a Boeing 727, registered as N844AA, was stolen from Quatro de Fevereiro Airport in Angola. Shortly before sunset, two men boarded the aircraft: American pilot Ben Padilla and mechanic John Mutantu. Neither were certified to fly the 727, which normally flies with a flight crew of three. It is believed that Padilla was the one at the controls. The aircraft made its way onto the runway without clearance and without communicating with the control tower. With its lights switched off and a few erratic maneuvers, the plane thundered down the runway and took off, heading southwest over the ocean.

Since then, neither the two men nor the aircraft have been seen. The disappearance of N844AA prompted a worldwide search by the FBI and the CIA. Despite this, no trace of the aircraft has ever been found.[9] 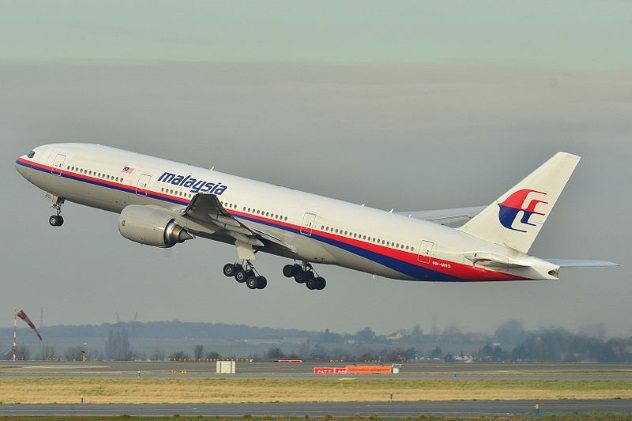 Malaysian Airlines flight 370 disappeared on March 8, 2014, while flying from Kuala Lumpur, Malaysia, to Beijing, China. A total of 227 passengers and 12 crew members were aboard the Boeing 777, and the most expensive search operation in aviation history ($130–160 million) failed to turn up any evidence of the large aircraft. Some small pieces of the wings have washed up on various islands since the crash as well as a damaged briefcase believed to be related to the incident. At present, however, the plane has not been found, and the cause of the crash is unknown.

Verbal communication with the aircraft’s two experienced pilots was lost at 1:19 AM. At 1:21 AM, the aircraft’s transponder ceased to function. The transponder allows the plane to be tracked on radar by air traffic control. Despite the lack of a functioning transponder, the plane was still tracked by military radar, turning right and then left at an erratic altitude. Once it had left the airspace trackable by Malaysian military radar, the aircraft automatically responded to hourly status update requests from a satellite communication system. Two phone calls to the cockpit at 2:39 AM and 7:13 AM went unanswered. The final status update, which took place at 8:10 AM (almost two hours after MH370 was meant to land in Beijing) was initiated by the aircraft, as opposed to the ground station.

There are only a few reasons the plane would initiate this communication itself: power failure, critical component failure, loss of altitude, or fuel exhaustion. (The latter is the most likely scenario.) The status update would be the last communication from MH370, before it is presumed to have crashed at high speed into the Indian Ocean.[10]

I write lists every now and then.

Read about more mysterious vanishings on 10 Ships That Simply Vanished Without A Trace and 10 Mysterious Disappearances of Multiple People.