While they might not have believed in things like witches and vampires, the Victorians still had a great interest in the supernatural. Telling and reading ghost stories was a popular pastime, especially on Christmas Eve. Spiritualism was also wildly popular, and urban legends like that of the infamous Spring-heeled Jack abounded in the cities. 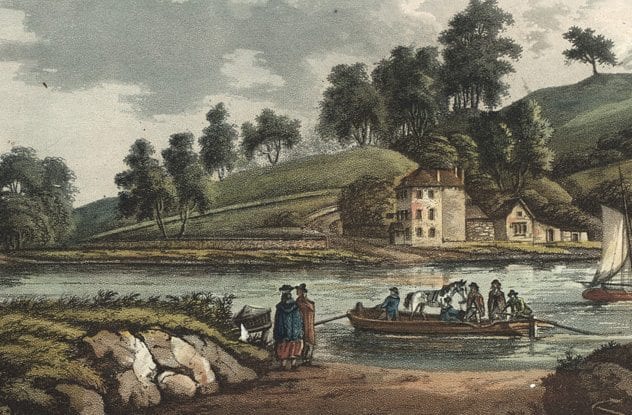 In April 1831, a retired lawyer, his daughter, and three servants moved into an old house known as Hotwells near the city of Bristol. Less than two weeks later, two of the servants left, complaining that the house was haunted by a phantom black dog and a large ape. They also heard frightening noises in the attic and courtyard, as though people were being beaten and strangled.

Although the house drove several more servants away, the lawyer didn’t see or hear anything unusual until November, when a loud scream woke him up in the middle of the night. The scream came from above, on the roof, and then he heard the sounds of 20 or 30 men ripping off the roof tiles and throwing them into the garden.

When the lawyer went to investigate outside, he found nothing in the garden or on the roof. After a few more incidents like this, the lawyer decided to sell the house in 1832. The subsequent owners also experienced trouble, however, and the house was torn down.

9The Ghost Of Anne Boleyn 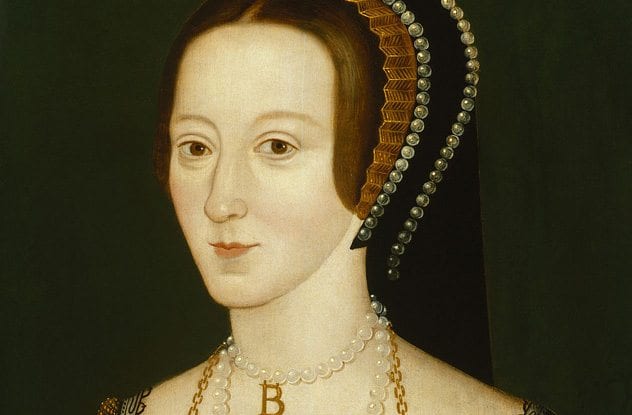 The infamous Tower of London is said to be one of England’s most haunted places. Anne Boleyn, the second wife of King Henry the VIII, was imprisoned and beheaded here in May 1535. Anne’s ghost reportedly haunts the Queen’s House, the building where she stayed before her execution.

In 1864, a guardsman at the Queen’s House encountered a floating white figure that might possibly have been Anne’s spirit. The figure materialized out of nowhere, and when the guard pierced it with a bayonet, continued to float. This scared the guard so badly that he fainted, and he was later found unconscious by a superior.

For allegedly sleeping on duty, the guardsman was court-martialed. Fortunately, the case ended in an acquittal, because other guards stepped up and reported seeing the same figure as well.

8The Thing In 50 Berkeley Square 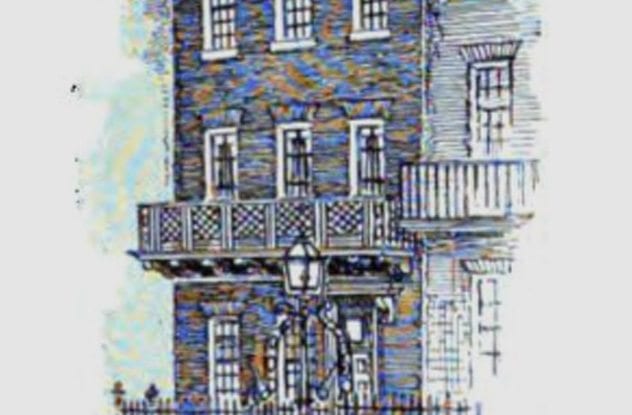 On December 24, 1887, sailors Edward Blunden and Robert Martin decided to spend the night at 50 Berkeley Square, a house in London that was plagued with all sorts of ghostly activity during the Victorian era.

Blunden and Martin had just come from the West Indies, and since they had no money, they didn’t mind breaking into the empty house and sleeping in it. That night, while staying upstairs, they heard somebody coming up the staircase. A shapeless mass then suddenly barged in and filled up the room, sparking Martin to run out the door, down the stairs, and out of the house.

Outside, Martin found a policeman and explained what happened. It was too late, however, to save his friend. Presumably to escape the monster, Blunden had jumped out the bedroom window, impaling himself on a spiked railing that was down below.

7The Ghost Of Theodore Alois Buckley 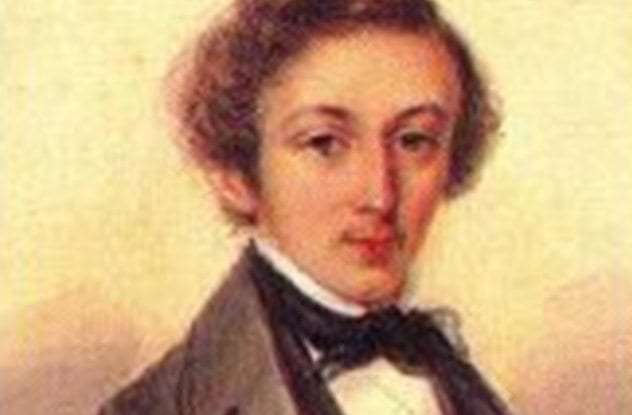 On the night of February 2, 1856, Kenneth R.H. Mackenzie was trying to get to sleep when he suddenly felt a cold hand over his face. When Mackenzie opened his eyes, he found his friend Theodore Alois Buckley standing next to his bed. Without a word, Buckley then walked away to the window, where he stood for a minute before vanishing out of sight.

Although Mackenzie didn’t know it at the time, his friend had died three days earlier. Back in 1850, Buckley made a promise with Mackenzie that whoever died first would have to visit the other as a ghost. Buckley duly kept his promise and even appeared to his friend again a few nights later, this time carrying an old letter he had written.

6The Luminous Chamber Of Taunton 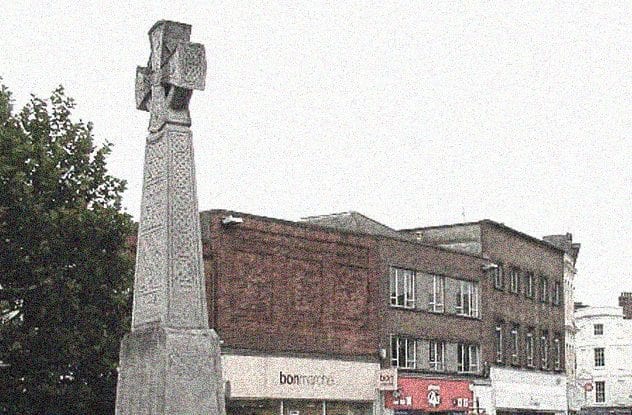 In an 1873 issue of the journal Notes and Queries, a contributor named Mr. T. Westwood related a puzzling story he heard 30 years earlier from a squire in the town of Taunton. While on his way home from hunting each night, the squire noticed an abandoned house in the area that always had an eerie light shining from a central window. This light always shone from the same room, so the squire nicknamed it “The Luminous Chamber.”

One night, the squire and a friend set out to find the source of the light. They searched every room in the house, saving the Luminous Chamber for last. When they finally opened the door to the illuminated room, they were shocked to find only a few pieces of furniture. The light seemed to be natural, dimly casting itself over every spot of the room in equal measure.

After the two friends left, the old caretaker who let them inside said that the family that owned the building never used that room. He believed that there weren’t any ghosts, but that the light was inherent to the room.

5The Ghosts Of Darlington Station 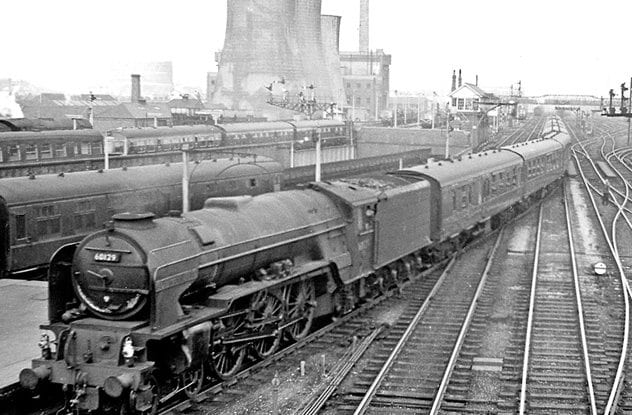 On a winter night in 1890, a night watchman at a Darlington train station named James Durham went down into the porter’s cellar to take a rest and have a snack. While Durham was warming himself up in front of the fireplace, a man dressed in old-fashioned clothes walked into the room with a black retriever. The man smiled at Durham and, without warning, punched him.

Durham tried punching the stranger back, but his fist went right through the man’s body. The man called for his retriever, and the dog bit Durham in the calf. He and the dog then walked off into the room where they had entered. Even though the room had no other exit, Durham found it empty when he followed after his attackers.

Over the next few weeks, Durham’s story spread across town. An elderly man named Edward Pease was especially interested and invited Durham over to his house. He told Durham that a worker at the station committed suicide some years ago. Not only did the worker match Durham’s description of the ghost, but he also had a black retriever.

4The Pig-Faced Lady Of Manchester Square 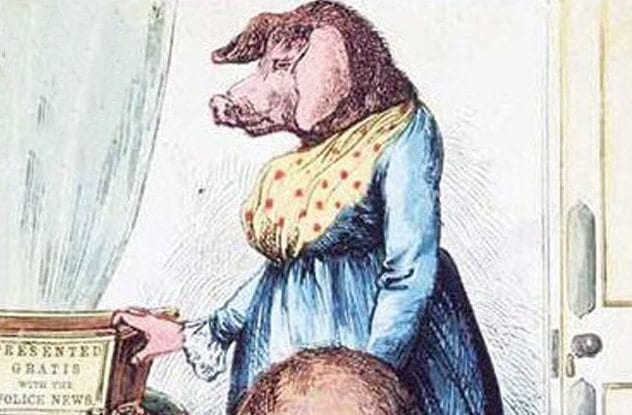 In the winter of 1814, rumors spread across London of a pig-faced lady who lived with her family in the city’s Grosvenor Square. A crowd of Londoners supposedly chased the woman while she was out riding in her carriage, and a young man named Sir William Elliot even claimed to have been attacked by her.

By February 1815, the story attracted the attention of The Times, which felt the need to comment on it after a man had asked the paper to run an advertisement seeking the lady’s hand in marriage. The Times, skeptical of the woman’s existence, lamented that “Our rural friends hardly know what idiots London contains.”

3The Ghost Of William Field 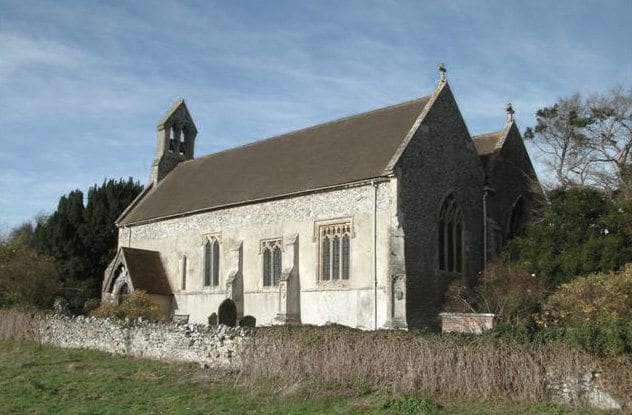 In 1804, wheelwright William Field hanged himself in the village of South Moreton. For more than 40 years, Field’s ghost haunted the area near his barn, terrifying the villagers. By 1850, a group of 11 clergymen had had enough and decided to exorcise the ghost.

While the clergymen carried out their exorcism, a pair of brothers named John and James Parkes secretly watched under some straw. Before being exorcised, Field’s ghost asked that it be given either a nearby rooster or the “two mice under the straw.”

Luckily, the clergymen gave away the rooster and then chased Field into a pond. To ensure that the ghost stayed there, they also somehow drove a stake into him to hold him in place.

2The Kissing Ghost Of Renishaw Hall 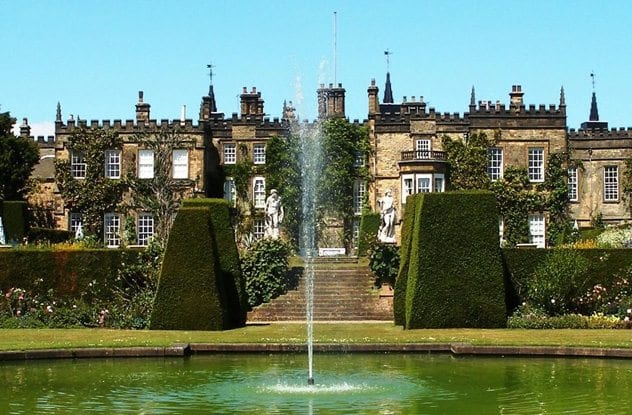 In 1885, Sir George Reresby Sitwell celebrated his 25th birthday with a party at his ancestral home, Renishaw Hall. After trying to sleep in her room, one female guest complained to Sitwell that she felt like something cold was kissing her in bed. Sitwell didn’t take the grievance very seriously, but his friend Mr. Turnbull did. According to Turnbull, another woman who stayed in the room a few years earlier also received cold, invisible kisses.

Sitwell was a notorious skeptic, having once debunked a seance, earning him media praise. He dismissed ghosts as hallucinations and further doubted his guest’s experience because she was a woman.

Amazingly, sometime after the party, an empty coffin was found underneath the floorboard of the haunted guestroom. Who the coffin was for, and why it was buried there, is a mystery, although some claim it belonged to a boy who drowned in the 18th century. 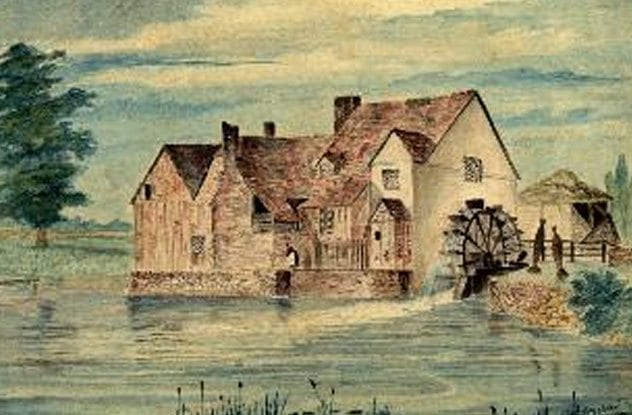 Between 1831 and 1847, businessman Joseph Procter Jr. and his family lived in Willington Mill, a mill house built on land that was once the site of a witch’s cottage. The first few years were ordinary enough, but in 1835, the Procters and their servants began to hear inexplicable footsteps pacing across an empty room above their nursery. Other strange noises, like knocks, ringing bells, and voices, could soon be heard all over the house.

Nobody in the house was spared from the haunting. The children’s beds not only shook but were circled around by invisible footsteps at night. One of the girls reported seeing the disembodied head of an old woman staring at her in bed, while another saw a woman without any eyes sitting on her mother’s bed.

The number of other apparitions seen at the Procters’ house was seemingly endless: A large white cat that walked into a furnace, a ghost who stared at neighbors through an upper-story window, and a dancing handkerchief-like object that flew outside the home were among a few of the ghosts spotted by the Procters and their friends and visitors.

Tristan Shaw runs a blog called Bizarre and Grotesque, where he writes about unsolved mysteries, paranormal phenomenon, and other creepy and weird things.