Refugee crises are nothing new. For millennia, warfare, disease, famine, and political unrest have caused the displacement of millions. The troubles facing both migrants and sanctuary nations have remained constant throughout history.

When handled properly, these mass movements can become opportunities to spread technology and add vitality to a population. If mishandled, refugee crises can topple the most powerful empires. 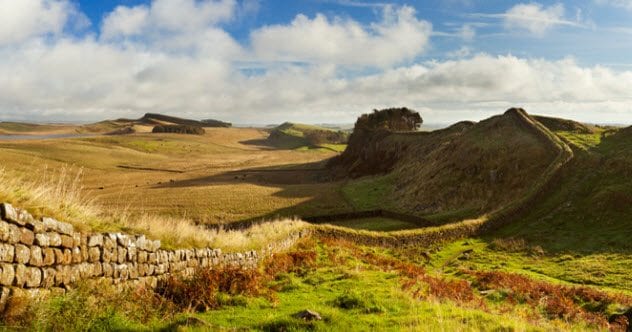 In 2013, archaeologists excavating near Hadrian’s Wall discovered what they believe is an ancient refugee camp. They found nearly 100 temporary but well-constructed structures within the ancient Roman Vindolanda fort.

The simple structures are what one would expect north of the wall in agrarian communities. These structures never held soldiers, which has led some to believe that they housed migrants flooding across the border in the third century AD.

Roman soldiers resided in long, rectangular barracks. Many of this type have already been found at Vindolanda. Experts believe that these ancient refugees would have been instrumental in feeding and trading with the Romans.

Due to their collaboration with “the enemy,” the refugees would have been perceived as traitors by the rebels in the North. The refugees probably fled the North in search of sanctuary because Northern society was in tatters for much of the third century.

9 Spanish Jews In The Ottoman Empire 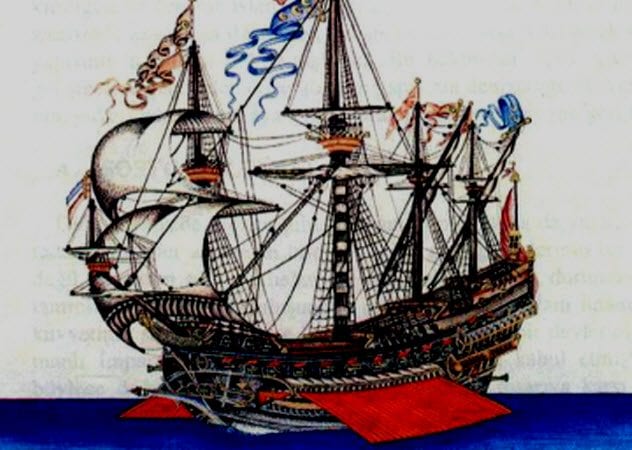 In 1492, King Ferdinand and Queen Isabella issued the Alhambra Decree, expelling all Jews from their nation and ushering in the Inquisition. The same year, Ottoman Emperor Sultan Bayezid II issued a proclamation welcoming the Spanish Jews to his lands.

Nearly 250,000 Jews settled in Ottoman territory, principally Salonika and Istanbul. These Sephardic Jews used their new homeland to create a second Golden Age, echoing the one they once had in the Iberian Peninsula.

The newcomers introduced the printing press to the Ottomans. Wealthy Jews even financed the sultan’s operations. In return, the sultan offered the Jews the city of Tiberius.

These refugees revitalized the decimated settlement. They restored deserted houses, cleared out rubble, and turned a wasteland into a garden. By the mid-1500s, nearly every one of Tiberius’ new residents was of Iberian origin. 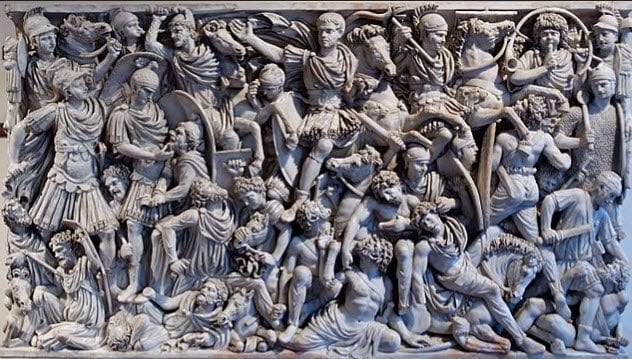 In the fourth century AD, the Roman Empire faced a refugee crisis. The Huns swept in from the East, overrunning Germanic and Goth tribes who fled toward the Imperial border.

Within a few short years, 200,000 Goths lined the banks of the Danube, Rome’s northern border, pleading for asylum. The Eastern Roman emperor, Valens, accepted Goths into his territory to help fight against the Persians.

The Western Roman Empire housed the Goths in camps that became death traps. Corrupt officials stole food and goods intended for the hungry horde. The desperate refugees resorted to selling their children for dog meat.

Soon, the Goths revolted. Germans already living within the empire broke ranks and joined the invaders. In AD 378, the Goths clashed with the Imperial army at Adrianople. Emperor Valens and most of his army were slaughtered. In AD 410, the emboldened Goths sacked Rome itself. 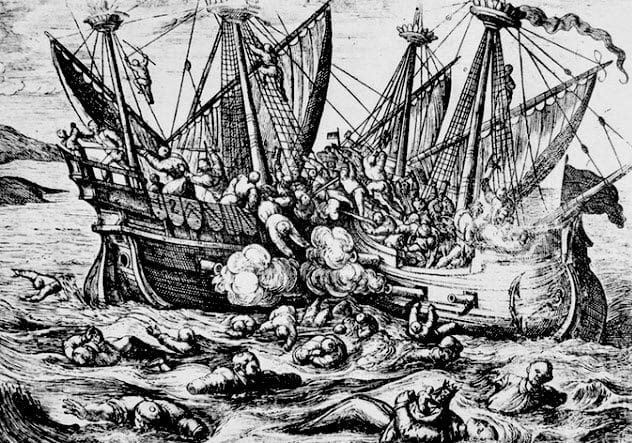 In 1685, King Louis XIV revoked the Edict of Nantes, which had protected religious freedom in France. Protestant ministers were given two weeks to convert to Catholicism or leave. Laymen were not even given the option. As a result, a wave of French Calvinists known as Huguenots fled to Holland, Sweden, Prussia, Ireland, and England.

According to a recent study, one in six Britons has French Protestant ancestry. By the beginning of the 18th century, 5 percent of London’s population was Huguenot. England ultimately provided a home for 650,000 of these refugees.

Their expertise in silk weaving, printing, cabinetmaking, metallurgy, and watchmaking revitalized the English economy. Huguenot Denis Papin even invented the pressure cooker and an early form of the steam engine. 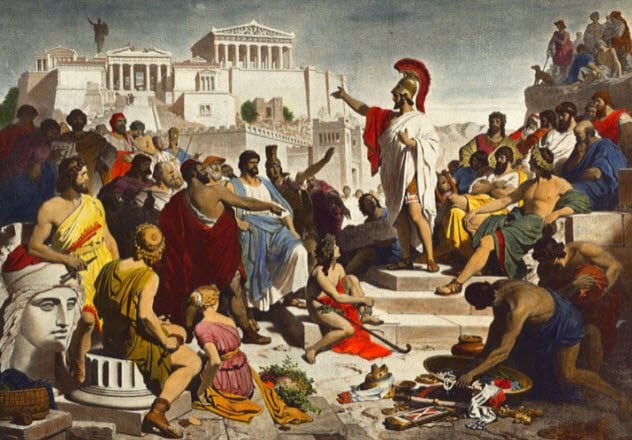 Ancient Athens prided itself on taking in refugees. Hospitality extended to international diplomacy—occasionally with dire consequences. According to the historian Thucydides, politician Alcibiades convinced the Athenians to go to war in Sicily because helping those in need was the Athenian way. Unfortunately, the war led to the city’s downfall.

A cycle of ancient Greek drama tackles the timeless issues related to refugees. In Sophocles’s Oedipus Rex, the Athenians offer sanctuary to Oedipus, who blinded himself after he murdered his father and married his mother. Some believe that hosting the disgraced king will bring divine wrath. However, hospitality prevails and the spirit of grateful Oedipus forever guards the city.

In Euripides’s Children of Heracles, Athenian king Demophon faces civil war for taking in refugees. Ultimately, patronage to the downtrodden wins out in this highly political play, which was sure to stir ancient Athenian souls. 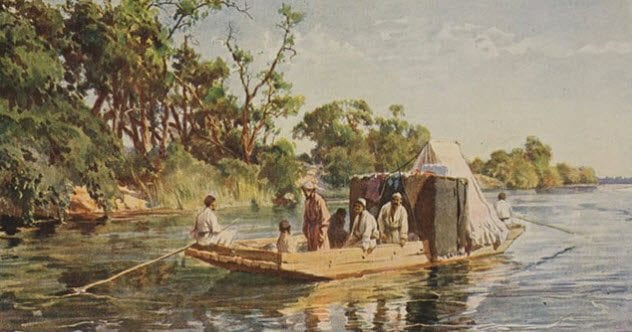 Of all the people who traveled the Silk Road, refugees were the most influential. Technologies proliferated with the movement of populations fleeing political crises and war.

Glassmaking spread from the Islamic world, and paper came from China. Rulers of oasis kingdoms around the Taklamakan Desert fostered tolerance, accepting refugees from around the ancient world and allowing religious freedom. Buddhism, Judaism, Islam, Zoroastrianism, Manicheism, and Christianity thrived in harmony in these ancient trade kingdoms.

The 1006 Islamic conquest of the Buddhist kingdom of Xinjiang led to a mass migration of refugees. It not only brought about a dramatic realignment of religion, it also radically altered the linguistic landscape.

Khotanese, Gandhari, and Tocharian became dead languages within a generation. Uighur, which replaced them, can still be heard in the region to this day. Further down the Silk Road, the refugees were sure to find sanctuary. Fostering tolerance and accepting migrants was simply good business. 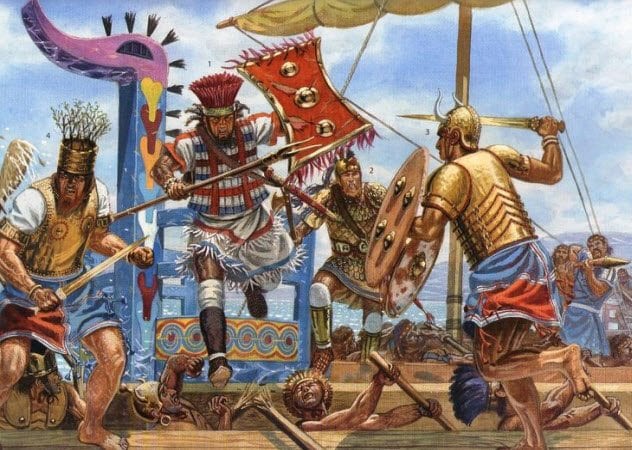 In the 13th century BC, the Sea Peoples terrorized the Mediterranean. Their wave of destruction leveled civilizations and cleared the way for the Greeks and Romans to flourish.

The identity of these marauders remains a mystery. The most popular theory is that they emerged from the collapse of the Hittite Empire in Anatolia and the Mycenaean Empire in Greece.

These devastated civilizations sent refugees flooding into the coastal Levant and Cyprus. Some believe that populations from the Black Sea region also added to the Sea Peoples.

One group of the Sea Peoples listed by the Egyptians has elicited special interest. The “Teresh” are believed to be the Tyrrhenians. According to Strabo, this was an ancient name for the Etruscans and the origin of Tyrrhenian Sea’s name.

According to legend, Tyrrhenians were refugees from Troy. The Mycenaean Greeks destroyed their ancient Trojan homeland, forcing them to ultimately resettle in what is now Tuscany. 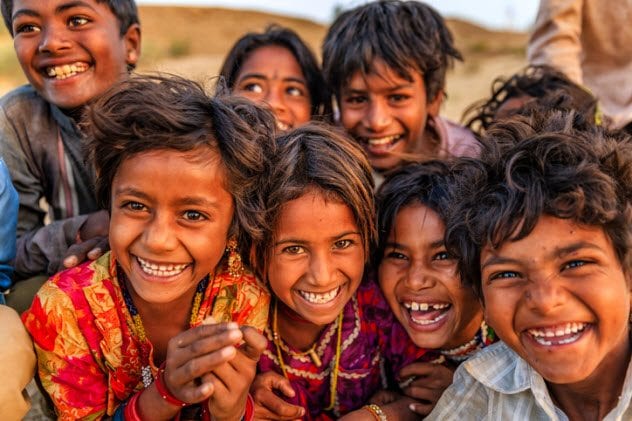 The name “Gypsy” comes from a mistaken idea that the Roma hail from Egypt. Genetic and linguistic analysis revealed that their origins actually lie in northwestern India. Sometime before AD 1300, they began a massive migration to the West. Considered outsiders due to their strange customs, they were dubbed “untouchables” or Astingani in Byzantium. This label has stuck with them in many European tongues.

Roma linguist Ian Hancock believes that his ancestors left India in the 11th century after Mahmud of Ghazni’s invasions. The Hindu rulers raised an army to defend against the Islamic incursions. After their defeat, the Hindu POWs became the Roma.

Most were craftsmen in the military camps. The Roma have been esteemed for centuries as blacksmiths and musicians. In AD 1038, the Ottomans defeated the Ghaznavids and liberated the Roma. During this period, their identity and language crystallized. As the Ottomans spread into Europe, the Roma followed. 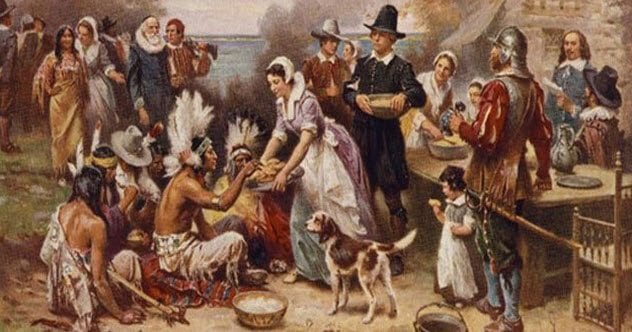 In 1607, a band of religious refugees set out from England in search of a new land. Today, we call them Pilgrims. In 1593, several “Separatists” (as they referred to themselves) were hanged for their unorthodox religious views.

They wanted to simplify ritual and align dogma more with the New Testament. Most importantly, they loathed the marriage of religion and political power in the English monarchy. As a result, they were seen as a direct threat to the Crown.

In 1620, after years of roving, the Pilgrims landed on Cape Cod and established the first permanent settlement of Europeans at Plymouth Colony. They had first sought sanctuary in the Netherlands, where they remained for a decade.

A combination of economic hardships and linguistic chauvinism caused them to seek greener pastures across the Atlantic. More than half of these religious refugees died during the first year due to starvation and inadequate shelter. 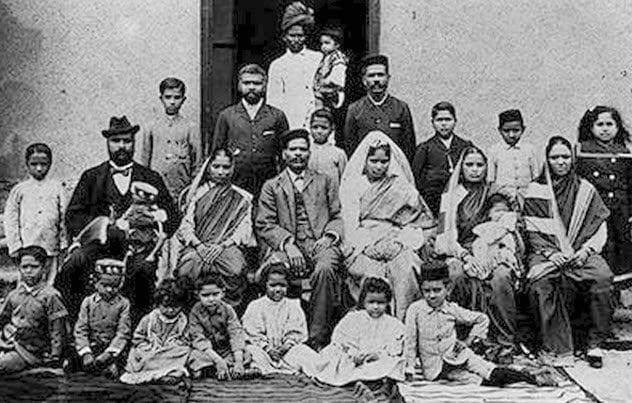 The Bene Israel are Indian Jews who lived unknown to the rest of the Jewish world for centuries. According to legend, they are descended from seven men and seven woman who were shipwrecked and settled the Kolaba region south of Mumbai. Some believe they are descended from Jews fleeing the Assyrian invasion in 721 BC. Others claim they were refugees of Israel’s conflict with King Antiochus.

Rabbi David Rahabi stumbled across the Bene Israel in the 1700s. He was flabbergasted to discover that they maintained Jewish tradition like the recitation of the Shema prayer. Cochin Jews from India’s southwestern coast sent rabbis and teachers to draw the Bene Israel into the fold.

Genetic studies reveal that the Bene Israel descended from Middle Eastern Jews who settled the region between 600 and 1,000 years ago, later than previously imagined. Their maternal DNA suggests that migrating Jewish men married local women.