The most salted scientists are still shocked by what the world’s seas sometimes do or deliver. Giant structures can be found near famous landmarks, as can objects from space. Meanwhile, some portions of the ocean are gone or disappearing. There are even oceans that aren’t in the ocean. 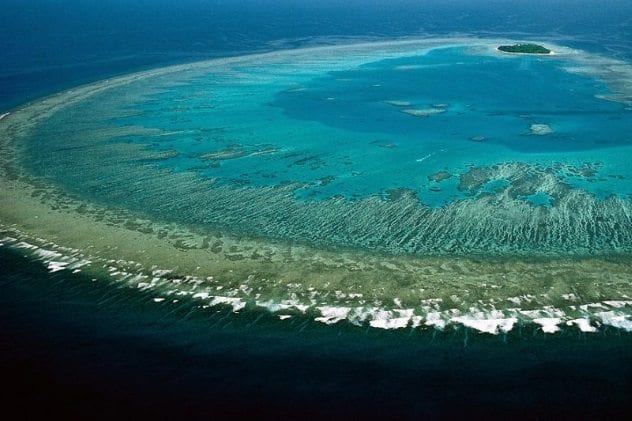 A doughnut wonderland exists behind Australia’s famous Great Barrier Reef. Unfortunately for the sweet-toothed, these “doughnuts” are limestone circles knitting together a colossal second reef. The unusual forms of the 6,000-square-kilometer (2,300 mi2) stretch aren’t the only surprise; its age has also blown scientists away.

Estimated to be around 10,000 years old, the rings were formed by dead algae called Halimeda. When such algae dies, it changes from a living, green thing to a pale, limestone flake. Over the years, the algae fossilized together into doughnut-shaped heaps 20 meters (66 ft) thick.

Do Halimeda still live there today? Researchers simply don’t know. The depth is so great (up to 46 meters [150 ft] ) that only a few divers have been able to visit the reef, and nearly all have returned with different stories, ranging from a green world to a limestone desert. 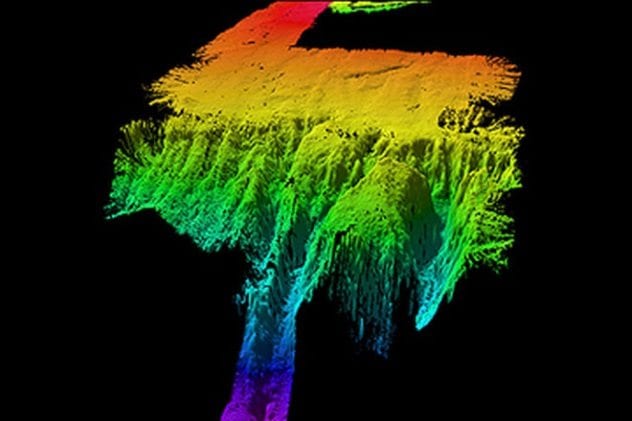 Photo credit: The University of Sydney

Earth once had a supercontinent called Gondwana. During an international effort to map the Perth Abyssal Plain in the Indian Ocean, scientists located two submerged islands 1.5 kilometers (0.9 mi) below the surface. Almost as big as Tasmania, they were the “micro-continents” that connected India and Australia before the two divorced.

Researchers only became aware that there were micro-continents beneath them when the common basalt rocks they were expecting to find turned out to be continental stone with fossils. The Gondwana pieces that once glued continents together became islands when the Indian and Australian coasts moved further apart. When fully studied, these micro-continents will change established beliefs about how plate tectonics broke apart the pieces that became India, Australia, and Antarctica. 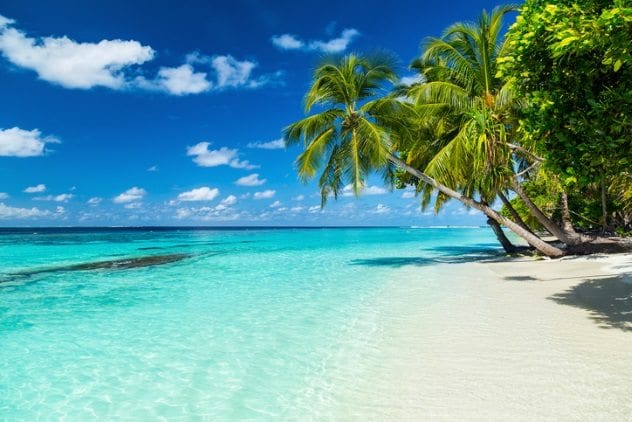 The Caribbean Sea is fluting a tone in A-flat. It’s too low to be heard by the human ear, but it can be picked up from space. Incredibly, the whistle is produced by a 120-day process that starts at the seafloor. The main factors involved are the size of the Caribbean Sea, which is almost a million square miles, and a peculiar behavior called the Rossby wave.

The latter is born when the water’s temperature changes at different levels and is also contributed to by the rotation of the Earth. It travels across the basin, dying on the western side before coming back up against the eastern boundary. This process is called the “Rossby wormhole,” and only waves that are long enough make it to the other end, vibrating along for 120 days, produce the whistle. Sometimes, the phenomenon disturbs Earth’s gravitational field enough for satellites to detect it from space. 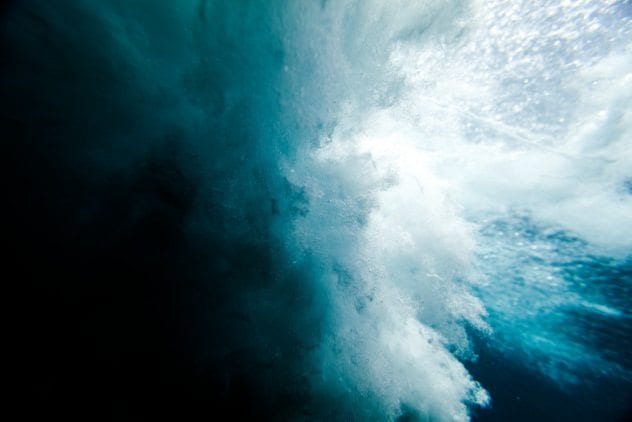 There is a massive waterfall under the sea. A bit south of the equator between Africa and South America, currents pour down a height that would do a skyscraper proud. Even more fantastic, enormous waves similar to those found near beaches sometimes form. Such plumes are scientifically termed Kelvin-Helmholtz waves and appear when fluids travel together but at different speeds. Kelvin-Helmholtz waves are even responsible for some of Saturn’s most astonishing swirls.

The speed difference inside the submerged canyon, from which the waterfall flows, is caused by two currents pushing against each other with contrasting velocity and temperatures. This magnifies any reaction to uneven ground such as small ups and downs, creating the surfer waves. At the waterfall, scientists watched in awe as 250 waves followed each other non-stop, the longest such show ever seen in the ocean. Some reached 100 meters (330 ft) in height. 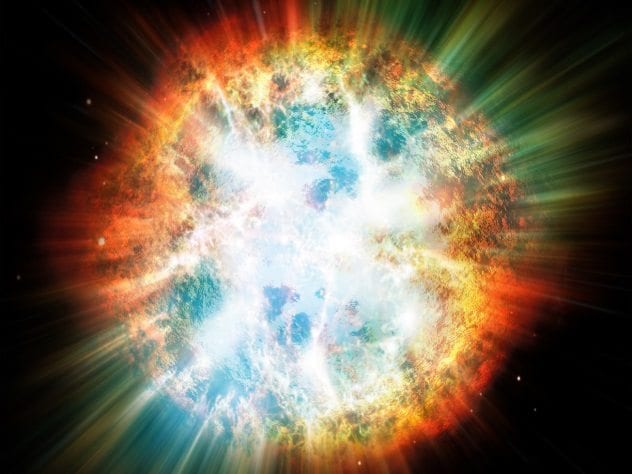 A long time ago, a star exploded, and pieces ended up in the Pacific ocean. It wasn’t just any old twinkle that went poof but rather a catastrophic Type II supernova. Mammoth stars that go supernova eject iron-60 during their violent deaths. German researchers were drilling in the Pacific when they found the element with an interesting twist: It was observed in the remains of a magnetic bacteria.

The iron-60 arrived 2.7 million years ago and rained down over the course of 800,000 years. The bacteria, which have magnetic crystals inside of them, apparently snacked on the stellar iron. Their fossilized remains still contain the iron-60, which is too young for Earth. That is how researchers knew its origins to be extraterrestrial, most likely from a supernova explosion within 50 light-years of the Sun. Any ancient iron-60 that originated on Earth is long gone. 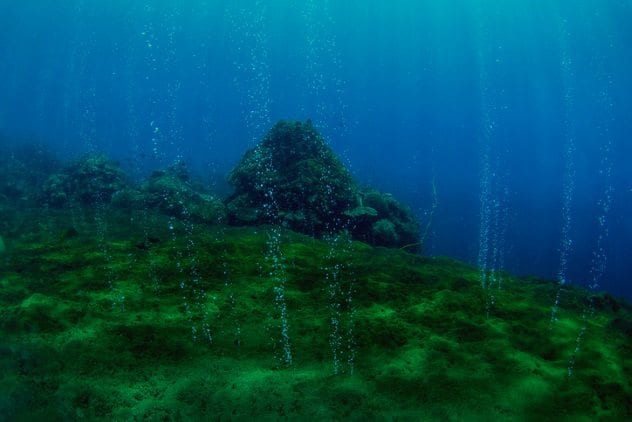 There is a hole in the Earth, and scientists don’t know why. Usually when tectonic plates separate, the mantle underneath rises up, melts, and fills the void almost like a scab. But something went wrong this time. A gap in the Atlantic, between the Caribbean and the Cape Verde Islands, is not repairing itself.

When scientists investigated an area 5 kilometers (3 mi) below the surface, where the sea floor is normally up to 7 kilometers (4.3 mi) thick, they found an alarming amount of missing crust—several thousand square kilometers’ worth. One clue is serpentinite, which forms when seawater comes into contact with the mantle. Found at the site, the presence of serpentinite hints that for some reason, the mantle didn’t melt as it should have. Likely, the tear was such a traumatic event that it tore away an entire section of crust.

4 The End Of The Atlantic 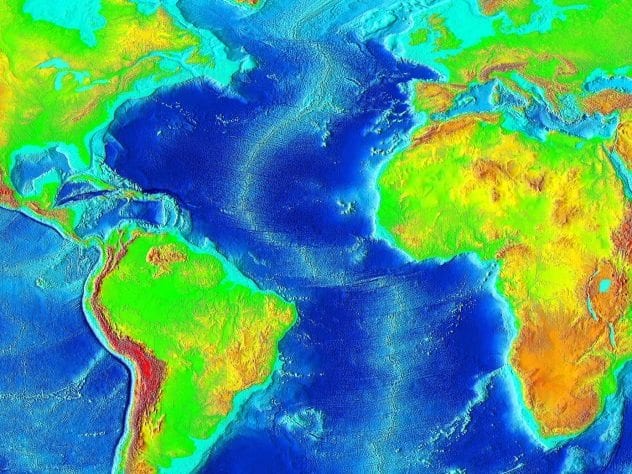 A new subduction zone could make the Atlantic Ocean disappear in 220 million years. Subduction zones occur when a tectonic plate continually pushes beneath a lighter cousin and melts back into the mantle. Observed 200 kilometers (120 mi) off Portugal’s coast, it hasn’t yet reached the stage where two plates are battling to push one beneath the other. For now, it’s still a single piece: the Eurasian plate, upon which sits Europe and part of Asia.

But the plate is fracturing. This is the start of a zone that will eventually make the two new Eurasian plates consume each other, pulling North America and Europe together. The continental merge will create Himalayan-type mountain ranges, and the Atlantic Ocean will vanish. Additional geological studies of the region indicate that the Mediterranean Sea might not escape, as Europe and Africa might also fuse. 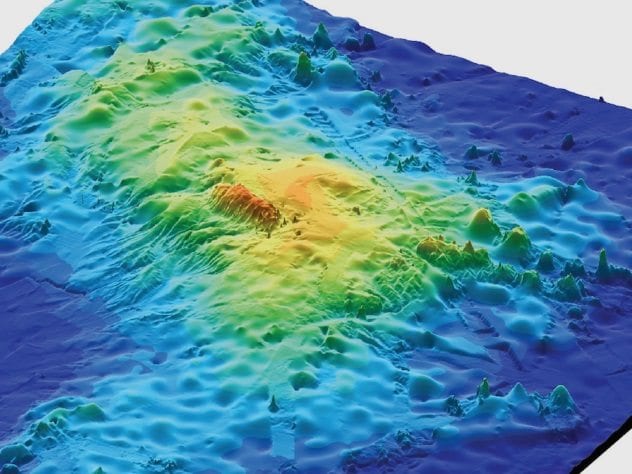 The biggest volcano in the Solar System is Olympus Mons on Mars. Recently, its equal was found in the Pacific. Measuring 310,000 sq km (120,000 mi2), Tamu Massif lies deep underwater. Unlike some ancient sea features which first saw some air before eventually becoming submerged, Tamu Massif most likely never had any dry days. Even today, there are 2 kilometers (1.2 mi) of seawater above the volcano.

The structure has a shield shape and sleeps east of Japan, where it formed 145 million years ago. The giant is Earth’s largest single volcano and has been extinct for nearly as long as it has existed. The foundations of this new wonder grow deep, almost 30 kilometers (19 mi) into the Earth. 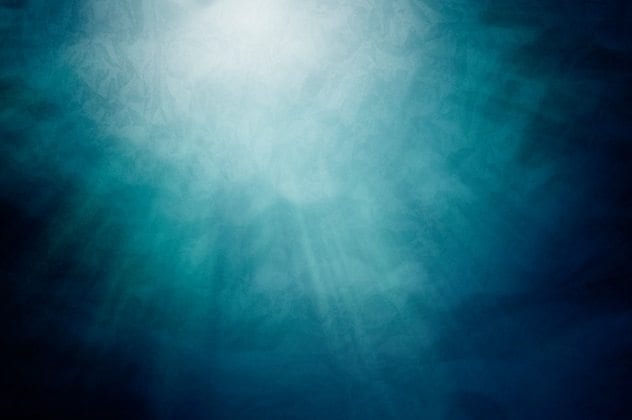 A NASA expedition to the Arctic Ocean found something under the sea ice that stumped scientists: a phytoplankton bloom that at one point stretched 116 kilometers (72 mi). Previously, phytoplankton was believed to multiply only after the ice packs melted during summer. But beneath nearly a meter of ice, the organisms doubled their population several times a day. Normally, in the open sea, where there’s enough sun needed for growth, such rapid expansion would still take two to three days to occur.

The Arctic bloom is now the largest of its kind. The culprit could be warmer weather thinning the ice, allowing in more sunlight. Experts are worried. Phytoplankton is critical to migratory species that eat the plants or whose prey live on it. Usually, these animals arrive with the blooms, but should the phytoplankton continue to bloom earlier, the food chain could be broken and bring starvation. 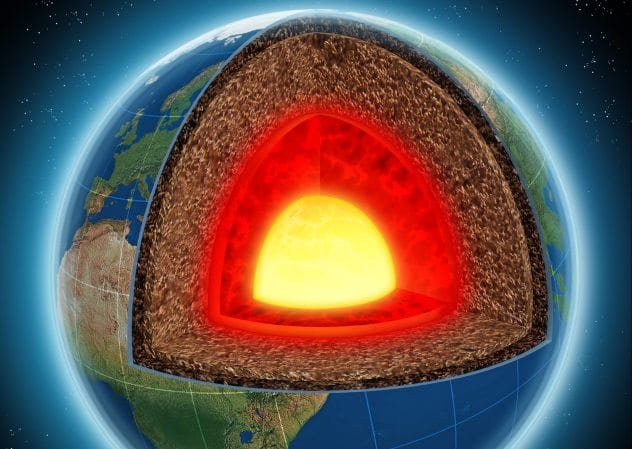 The biggest ocean on Earth is deep inside the planet. Miles beneath the crust is a layer of ringwoodite, a fascinating rock that behaves like a sponge. Ringwoodite’s crystalline nature allows it to absorb water, and geologists estimate that a certain vast zone of the mineral holds enough water to replace the world’s oceans three times.

Previously, Earth’s water cycle was said to have been seeded by ice comets crashing into the young planet. Even though this theory was upheld as the best explanation, scientists began looking down and deeper rather than into space. After decades, they found the ringwoodite reservoir. Now, the possibility that Earth’s water is homegrown is the stronger case. In the past, geological processes could have brought the locked water to the surface—but thankfully not all of it. Should the entire subterranean “ocean” rise, the only land above sea level would be mountain peaks.