Friendly competition has been a human mainstay since the dawn of civilization, an innocent way to prove a skill without killing the other person at the end. It’s cleaner than war and infinitely more family-friendly. But now and then, people go too far with what’s supposed to be a wholesome pastime. It’s all fun and games until someone eats your lung. 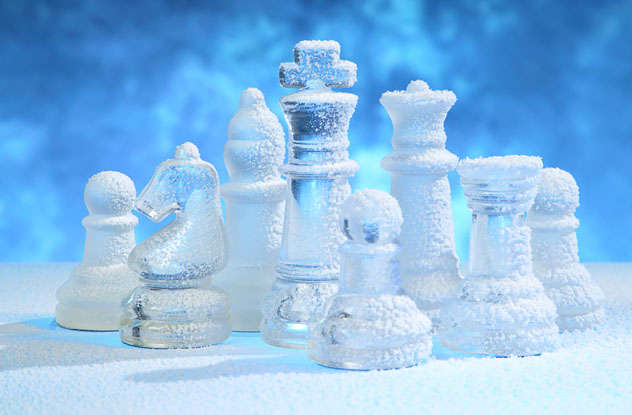 The Soviet Union began sending scientific expeditions to Antarctica in 1955. From then until the nation’s eventual dissolution in 1991, a total of 36 teams trudged into the frigid wasteland under the Soviet flag. Life on a desolate Antarctic research station is notoriously difficult, but sometimes the isolation really gets under your skin. In 1959, an Antarctic chess game descended into a bloodbath when a Soviet researcher dismembered his opponent with an axe.

Due to the strict psychological screening that researchers need to undergo before an extended stay in Antarctica, incidents like this are few and far between. In certain parts of the continent, the Sun sets in February and doesn’t rise until August. The combination of endless darkness, subzero temperatures, and, most of all, extreme isolation can strain a person’s psyche to the breaking point. That’s one of the reasons the Soviets banned their cosmonauts from playing chess with one another on space stations. Nobody wants a mental breakdown in a place where no one can hear you scream.

9Wife Kills Her Husband Over A Bridge Game 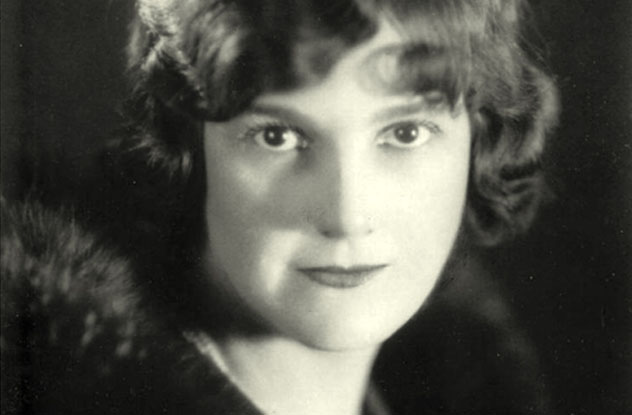 On September 29, 1929, four people in Kansas City sat down to play a game of bridge. A few hours later, one of them was crawling on the floor as round after round from a .32 Colt tore through his shaking body. The murderer was Myrtle Bennett, a 35-year-old housewife. The victim was Jack Bennett, and his final mistake was ruining the hand by missing the queen of spades.

Bridge is played with four players divided into teams of two. The Bennetts were playing against their upstairs neighbors, and tensions heated up as the night wore on. When Jack made his fateful mistake, Myrtle made the offhand remark that he was a “bum bridge player.” Jack stood, grabbed Myrtle’s wrist, and slapped her hard across the cheek. The other couple tried to calm them down, but Jack ignored them and continued to berate his sobbing wife. Finally, he announced that he was leaving for the night and told Myrtle to go get his handgun. She got it—and then she gave it to him, muzzle first.

The first bullet missed, but the second one ripped through his armpit. As he turned to run, Myrtle advanced, firing another round into his back. Jack crawled out of the living room and into the hall, where he finally died in a smear of blood.

At the resulting trial, Myrtle appeared an emotional wreck, and the jury declared her innocent.

8Stabbed Over A Virtual Sword 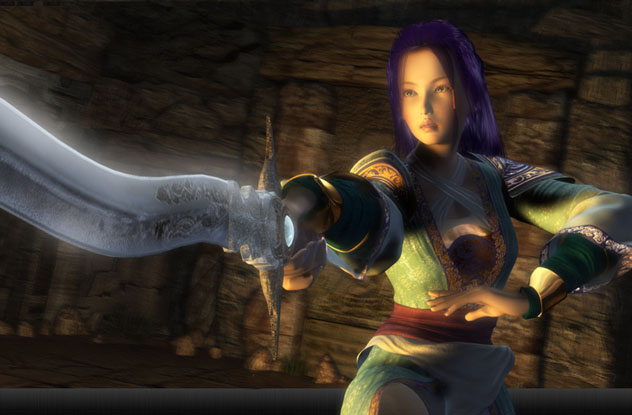 The world of online gaming is fraught with danger, mostly virtual. In real life, the only danger any gamer usually faces is their heart giving out during a marathon session, and that hardly ever happens. But sometimes, the game world spills over into the physical one in unexpected ways. In 2005, Chinese gamer Zhu Caoyuan was brutally stabbed in the chest for selling a virtual sword.

Buying and selling virtual items is pretty common. At any given time, millions of dollars’ worth of virtual weapons, potions, and costumes sit for sale online. But for Qiu Chengwei, a sword that he’d unlocked in The Legend of Mir 3 was the ultimate prize, and he wasn’t planning to sell. When he lent it to Zhu Caoyuan—who turned around and sold it for $871—the only recourse was steel vengeance.

Qiu went to Zhu’s house and stabbed him in the heart with a kitchen knife. A jury gave Qiu the death sentence for the murder.

7A Woman Dies For Being A Bad Fan 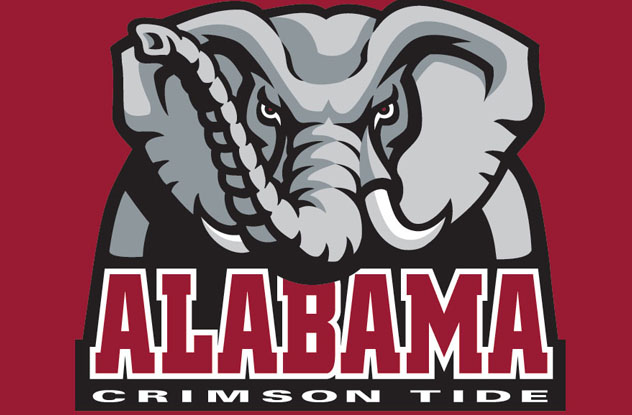 Team pride is a global phenomenon. From Manchester United to the Dallas Cowboys, every team has their die-hard fans who will go to any length to support their favorite players. For an Alabama woman, those lengths were nothing short of cold-blooded murder.

As a supporter of the University of Alabama’s football team, Adrian Briskey was deeply upset when they lost to Auburn University in the 2013 Iron Bowl. She went to a party after the game and met Michelle Shepherd, who was also an Alabama fan—just not enough of one.

When Michelle didn’t seem terribly upset about the loss, Adrian started arguing with her. The fight got serious, and Michelle left the party. Adrian followed her to the parking lot and started hitting her. Sometime during the fight, Adrian pulled out a handgun and gunned Michelle to the ground.

6Impaled By Javelin During Class 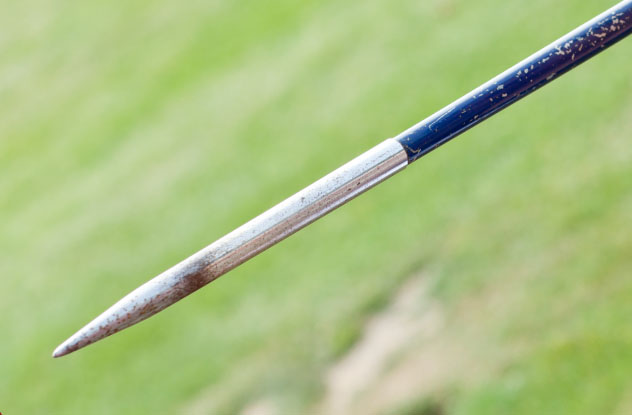 In May 1999, Liverpool College gym teacher John Desborough was showing students how to throw a javelin. As he walked over to pick up a javelin he had thrown, John slipped and fell headfirst onto the blunt end. The wooden handle went straight through his eye. The students stood by and watched in horror.

Minutes later, Desborough was rushed to the hospital. He went straight into surgery, but by this time, he was in a coma—the javelin had traveled all the way through his eye socket and into his brain. Although the doctors were able to stabilize him, he developed a chest infection and died the following month. 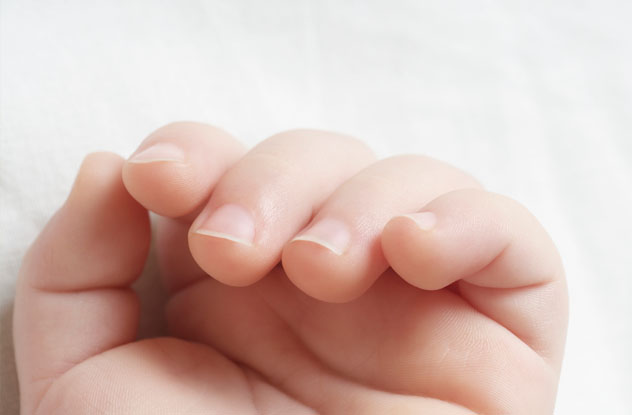 Video games often get a bad rap in the press, usually in the wake of a violent shooting. In this case, there was something more sinister than perceived violence at work: criminal neglect. In 2010, a South Korean couple were in the throes of addiction. Their drug was Prius Online, a fantasy role-playing game in which players foster a relationship with a computer character called an Amina.

The couple spent hours every day raising their Anima from an infant into a warrior, and their efforts were finally paying off. There was only one problem—their real child.

While the mother and father stared into a computer screen until their eyes were bloodshot, the child slowly starved to death. According to reports, they only fed the three-month-old about once a day, whenever they happened to take a break from the game. One of those times, they saw the infant had simply stopped breathing.

The couple were arrested five months after police discovered the baby. 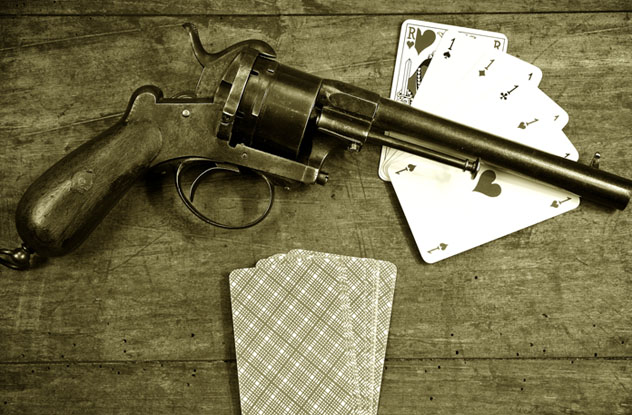 John Wesley Hardin was a 19th-century gunslinger with a penchant for violence and a blatant disregard for the law. He killed his first man at 15, and over the next 10 years he killed another 41. In 1869, when he was 16, Hardin was playing a game of cards in Towash, Texas when he got into an argument with another player, a man named Benjamin Bradley.

As the game went on, the argument escalated more and more. Finally, Hardin challenged Bradley to a duel. The legendary Wild West duels may have been more common in films than in reality, but every now and then, they did happen. This was one of those times.

Hardin and Bradley squared off in the center of a deserted street and drew their pistols. Bradley fired first, and the shot went wild. Hardin then took aim and put a bullet into Bradley’s face, killing him instantly. 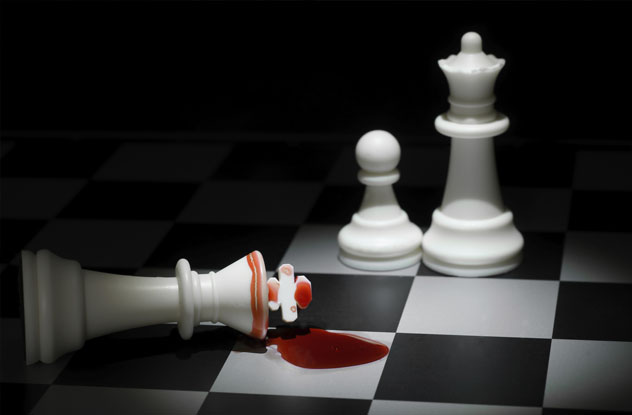 Saverio Bellante was Italian; Tom O’Gorman was Scottish. One of them had a room for rent, and the other had a taste for human flesh. In a classic example of why you should never play chess with a cannibal, Bellante savagely murdered O’Gorman when they got into an argument over a game. When the police received the call, it was Bellante on the other end. He said that he had killed O’Gorman, cut open his chest, and eaten part of his heart.

Police responded quickly, finding a grisly scene at O’Gorman’s house. He had been stabbed dozens of times, and his chest had indeed been torn open. But instead of a missing heart, they found that he was missing part of one of his lungs.

Bellante, waiting patiently for the police, was arrested immediately. At his trial, he spoke only three chilling words: “I am guilty.” He was sentenced within five minutes. 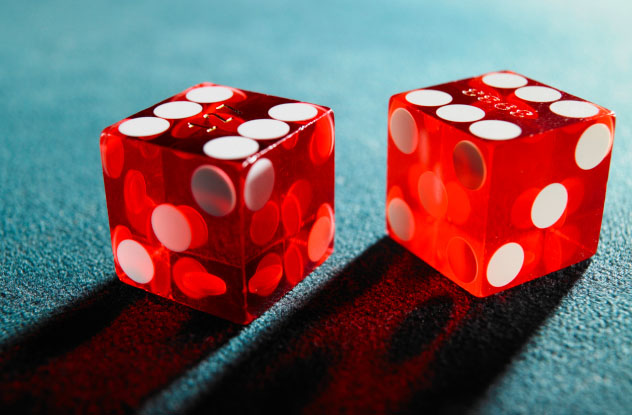 On Christmas Day 2010, Tamara Mason wanted to play Yahtzee with her three sons. It was a good end to a great holiday, except for one thing: Her sons strangled her with a belt. For whatever reason, Jacob, Andrew, and Dylan just didn’t want to play Yahtzee. When she insisted, Jacob—the youngest—put a plastic bag over her head and wrapped a belt around her neck. The other two watched.

The deed done, the three Mason boys found themselves with a doozy of a problem—it was December in Minnesota, and the ground was frozen solid. So they stuffed their mother’s body in a trashcan and kept her there for four months. Police finally caught wind of the murder when one of the boys’ friends reported it. The oldest son, Dylan, had asked him how to get rid of a dead body.

The police found the decomposing body in the Masons’ backyard, and all of the boys were arrested and charged as adults.

1A Board Game Killed Half A Million 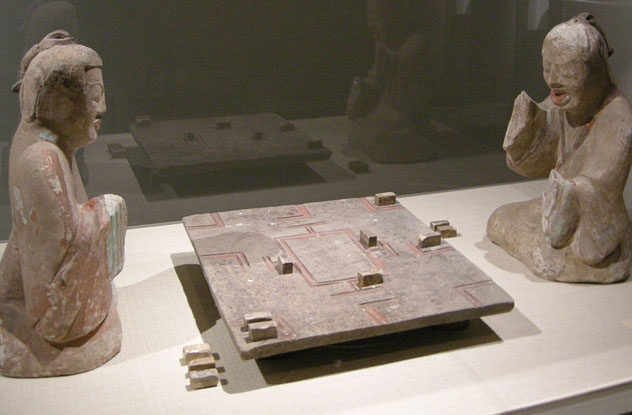 The Han Dynasty was a tumultuous time in Chinese history. The country was expanding its borders faster than ever, and with that expansion came the need for subordinate kingdoms to keep the people in check. And while the central empire was dealing with its fair share of political turmoil, the smaller kingdoms squabbled among each other like chickens in a barnyard.

One of the few times the kingdoms came together, in fact, was the result of a single accident. Liu Xian, the son of Wu king Liu Pi, visited the national capital. While there, he played a board game called bo with the son of the emperor, Prince Qi. Qi became enraged during the game and chucked the board at Lu Xian’s head, killing him.

Outraged at the death of his son, Liu Pi rallied troops from six other kingdoms and marched on the capital with 500,000 men at his back. It took three months for the emperor to fight back the approaching horde, and nearly all the soldiers from the seven kingdoms died in the revolt.