Love is supposed to bring out the best in us. When you’re in love, there is no sacrifice too great, no gesture too elaborate if it means making a special someone smile for even an instant. The people on this list inverted that ideal, turning the otherworldly sweetness of romance into bitter portraits of death and destruction. 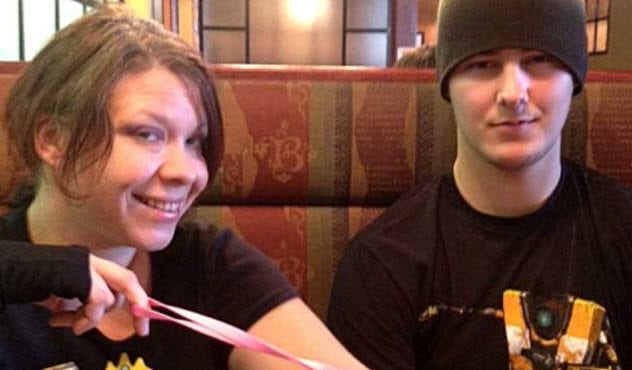 According to 32-year-old Tanya Bogdanovich, she and 22-year-old Michael MacGregor were “a perfect match.” Bogdanovich fantasized about raping teenage girls and being raped. MacGregor wanted someone to help him discover his basest sexual self.

Bogdanovich and MacGregor settled on 27-year-old kindergarten teacher Noelle Paquette in Sarnia, Southwestern Ontario. On January 1, 2013, Paquette was walking home from a party when the pair pounced. They raped Paquette, stabbed her to death, and drove off.

However, the couple’s escape fell apart when their car broke down, resulting in their arrest. In 2016, an Ontario judge sentenced the killers to life in prison. 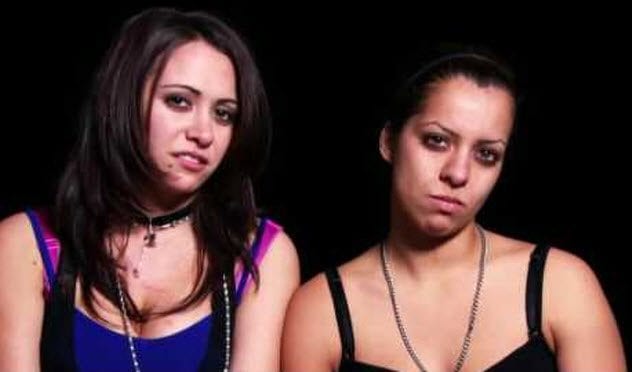 Nineteen-year-old Valerie Parashumti found torture titillating, obsessed over vampires, and liked to drink blood. Twenty-one-year-old Jessica Stasinowsky had a dangerous jealous streak. After knowing each other for only two months, the Aussie lovers had developed a bear-trap–like bond.

Bliss became bile in December 2006 when 16-year-old British runaway Stacey Mitchell came to stay with the couple. Stasinowsky detested Mitchell for flirting with Parashumti. Her intense resentment drove her to hide broken glass in one of Mitchell’s drinks. Parashumti, seeing her partner’s psychotic angst, agreed to help murder Mitchell.

On December 18, just days after moving in, the runaway was bludgeoned with a concrete paving slab and strangled with a dog chain. Mitchell’s killers recorded themselves kissing her corpse. They later hid the body in a wheelie bin but were eventually found out. An Australian court condemned the deadly duo to a minimum of 24 years in prison. High school sweethearts David Graham and Diane Zamora from Texas just knew they were destined to be together. They planned to marry on August 13, 2000, after studying physics at prestigious military academies. Zamora aspired to become an astronaut. But that all imploded in September 1996 when they were arrested for murder.

It began with an indiscretion by Graham. Despite allegedly being “obsessed” with Zamora, he allegedly cheated on her one night with fellow high schooler Adrianne Jones. When Zamora found out, she was incensed beyond reason. To prove his love, Graham would help Zamora take Jones’s life.

One night in December 1995, Graham bashed Jones in the head with an exercise weight and Zamora shot her. The crime went unsolved for over six months before Zamora confided in friends at the US Naval Academy who contacted police. Graham and Zamora were convicted of murder in 1998 and dealt life sentences. 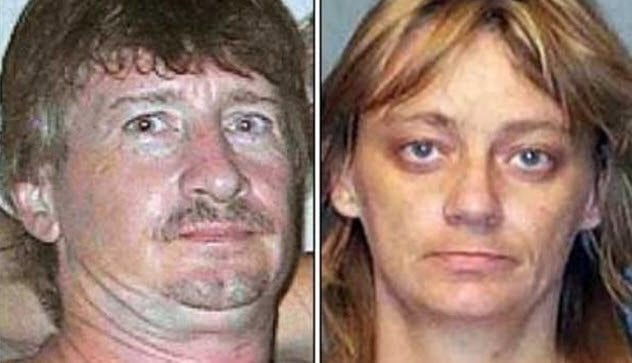 It’s not surprising that 41-year-old Richard Davis and 39-year-old Dena Riley were drawn to each other. Riley felt more at home doing drugs and vanishing for weeks on end than she did raising her four children or committing to either of her two failed marriages. Davis was a seventh-grade dropout with a long criminal record that included rape and sodomy. They were the poster children for failure.

Davis and Riley met while employed at the same Kansas City fabricating business. It was a match made in Hell. In the span of less than a year, the couple raped, tortured, and murdered two women and filmed both instances. They also kidnapped and molested Davis’s five-year-old niece.

Riley and Davis were convicted for the slaying of 41-year-old Marsha Spicer in 2006 and later pled guilty to killing 36-year-old Michelle Huff-Ricci. Riley received nine life sentences. Davis was sentenced to death. 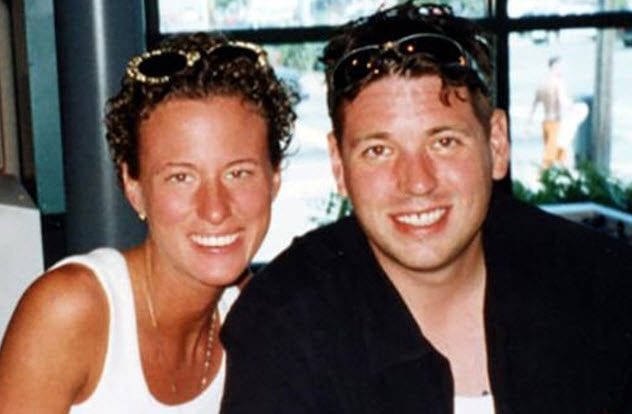 Benjamin Sifrit was an ex–Navy Seal who had a swastika tattoo and owned snakes named HIV, Bonnie, Clyde, and Hitler. His wife, Erika, had been an athlete and academic dynamo growing up and later ran a scrapbook store with her husband. It was an odd pairing with tragic results.

At some point in their marriage, killing became a game with simple rules. While hanging out with another couple in Ocean City, Maryland, Erika would pretend that she’d been robbed. Her husband would produce a gun to scare the other couple. Insufficient submissiveness resulted in death.

That, investigators believe, was how Joshua Ford and Martha Crutchley died. In 2002, the Sifrits shot, dismembered, and even debated eating the couple.

In court, the spouses fingered each other for the slayings but neither got off the hook. Benjamin Sifrit received a 38-year prison term. His wife was sentenced to life plus 20 years. 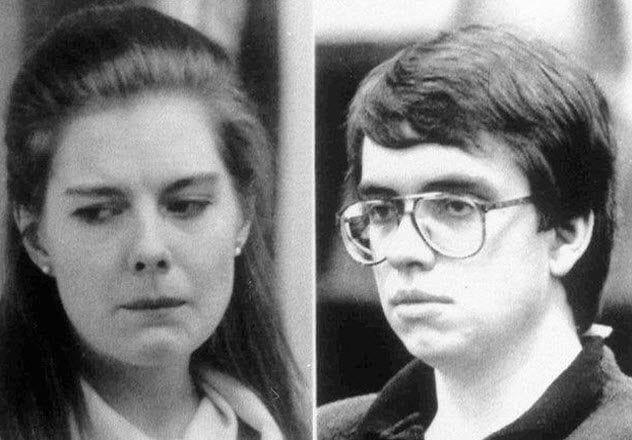 In 1984, 20-year-old Elizabeth Haysom enrolled at the University of Virginia. The daughter of a South African steel company magnate, she led a privileged life but was deeply unhappy. Eighteen-year-old Jens Soering was the socially stunted son of a West German diplomat. He would become Haysom’s lover and instrument of violence.

Haysom shared fantasies of killing her overbearing parents with Soering, who made her fantasies reality. In April 1985, the couple visited Haysom’s parents. Soering stabbed them to death.

For months, they went undetected. But Haysom’s indifference to the slayings and Soering’s nervousness eventually raised eyebrows. Fearing arrest, they fled to Europe, where they were later arrested.

Soering admitted to the slayings, though he would later recant. Haysom claimed to be a mere accessory to Soering’s violence. Both were convicted of murder. Haysom was sentenced to 90 years in prison while Soering received two consecutive life terms. 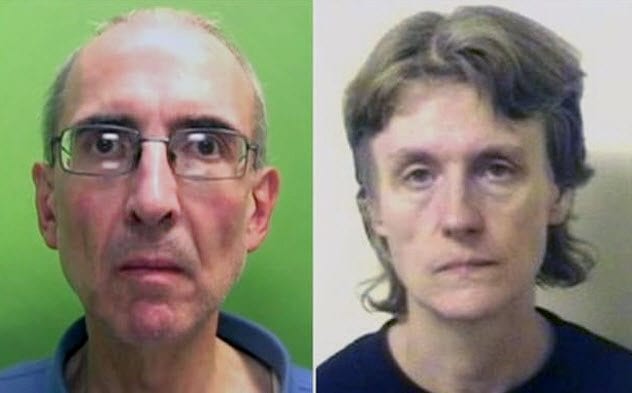 In Forest Town, Nottinghamshire, middle-aged couple Christopher and Susan Edwards shared a fervent love for celebrities. Susan Edwards even forged hundreds of letters to herself from Gerard Depardieu. Over the course of 15 years, the UK couple spent nearly £250,000 on Hollywood memorabilia.

The Edwardses didn’t foot the bill for their exorbitant purchases, though. That honor went to Susan Edwards’s parents, Patricia and William Wycherley, who were buried in their own backyard. They had been shot by their daughter and son-in-law, who were now living off their funds. To hide her parents’ deaths, Susan Edwards posed as her parents in letters, cards, and legal documents.

In 2012, William Wycherley’s retirement benefits came under review. Panicked, the Edwardses fled to France. By the time they were caught, they had £166,000 of debt and 1 euro between them. Both Christopher and Susan Edwards received life sentences with 25-year minimums. 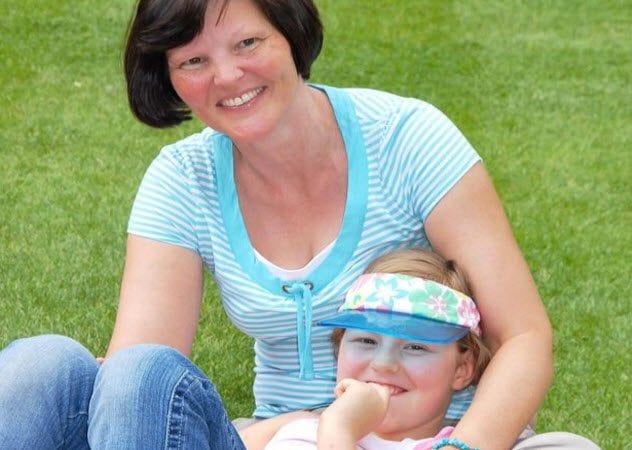 In 2015, two UK teenagers—a boy and a girl who remain anonymous for legal reasons—became addicted to each other. Their turbulent childhoods and suicidal thoughts brought them together.

The girl’s desire to kill herself, however, paled in comparison to her irrational desire to kill 49-year-old school lunch supervisor Elizabeth Edwards (pictured above with daughter, Katie). The anonymous girl described her hatred for Edwards as a “madness” that only death could cure.

On April 14, 2016, death came. The couple sneaked into Edwards’s home in Spalding, Lincolnshire. The boy slashed the sleeping Edwards’s throat with a kitchen knife, targeting her windpipe to mute any screams. He then killed her 13-year-old daughter, Katie. Afterward, the couple had sex and enjoyed a Twilight movie marathon.

At age 14, the teens became the UK’s youngest known double murderers. Their subsequent remorselessness stunned authorities and the public at large. A judge sentenced them to a minimum of 20 years of incarceration.

2 The Night Rider And Lady Sundance 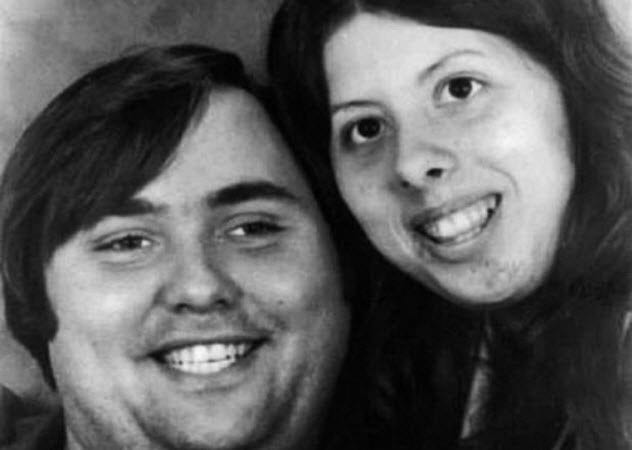 Childhood prankster Alvin Neelley didn’t have much to laugh about in adulthood. After a failed marriage, he abandoned his three children to wander between Georgia and Tennessee. Along the way, the 26-year-old Neelley met 15-year-old Judith Adams. They married in 1980.

The Neelleys were often cash-strapped, so they began robbing people. With time, the couple, who adopted such monikers as “The Night Rider” and “Lady Sundance,” graduated to murderer status.

In 1982, the pair kidnapped 13-year-old Lisa Millican. For days, they molested her and injected her muscles with drain cleaner. Finally, they shot her dead. Shortly thereafter, they attempted another murder.

Police would nab the Neelleys for check fraud and tie them to Lisa Millican’s murder. Alvin Neelley confessed and received two life sentences. At 18 years old, Judith Neelley became the youngest person ever placed on Alabama’s death row. Her sentence was later commuted to life imprisonment. In 1985, a set of classifieds by serial sex offender Michel Fourniret, then 43, profaned the pages of a Roman Catholic magazine. In his writings, Fourniret blamed his crimes on a history of mother-son incest. Those captured the attention of Monique Olivier, then 36, who would become Fourniret’s wife and partner in at least seven murders.

Their union was toxic from the get-go. Before Fourniret’s release from prison, Olivier offered to help him abduct women and girls if he would kill her first husband. Fourniret broke his promise, but Olivier kept hers.

For 14 years, she traveled throughout France and Belgium helping her homicidal husband to lure females into his car. From there, Fourniret sexually assaulted the victims before strangling, shooting, or stabbing them.

A 13-year-old girl was the couple’s undoing. After being kidnapped, she escaped and alerted police. In 2008, a French court sentenced 66-year-old Fourniret and 59-year-old Olivier to life behind bars.