It seems that celebrities can’t do anything without the world thinking there is some sinister meaning behind it. For some reason, the conspiracy theories seem to be more rampant and weird when it comes to the music industry. On this list are some of the craziest conspiracy theories floating around the Internet.

10 The Weeknd And The Devil

The Weeknd rose to fame in 2013 with his hit tracks “Can’t Feel My Face,” “The Hills,” and “Earned It.” In fact, these songs landed in the top three spots on the Billboard Hot R&B Songs chart.

However, not everyone is convinced that hard work and perseverance made the singer famous. Some firmly believe that all the videos for his album, Beauty Behind The Madness, allude to his relationship with the Devil.

It is thought that The Weeknd sold his soul to Satan to achieve the riches and fame that he enjoys today. Apparently, the fire that sets the nightclub on fire in the video for “Can’t Feel My Face” is from the Devil. It shows the singer how popular he could be once he parts with his soul. 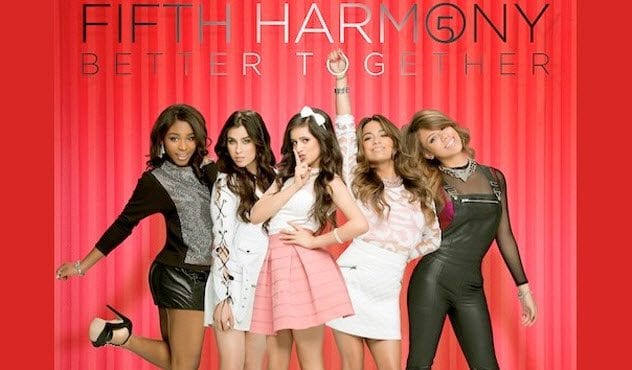 Despite not winning The X Factor competition in 2012, girl group Fifth Harmony has enjoyed massive success with their music since then. Naturally, they have not escaped crazy rumors, either.

As with many other artists, Fifth Harmony is believed to have been inducted into the dark world of the Illuminati and to have made a vow of silence never to repeat what happens in this inner circle of evil. A photo of the group where one of the girls poses with her finger on her lips is said to be proof of this vow.

Oh, and just in case you missed it, the reason that lead artist, Camila Cabello, left the group in December 2016 is because her attempts to high-five people were constantly being ignored. 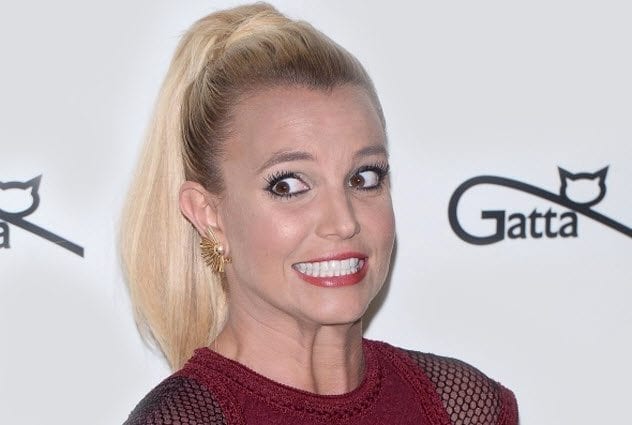 It is quite apparent that Britney Spears does not sing during live performances, opting instead for lip syncing with sometimes awful results. However, a new theory suggests that Spears isn’t the one singing on some of her albums, either.

The theory originated in 2007 when Spears released Blackout in the midst of her public meltdown and head-shaving activities. For anyone wondering how she could come up with such a successful album while she was apparently losing her marbles, it is alleged that her backup singer Myah Marie did the singing for the album.

It is also alleged that Marie stepped in to sing some of the songs on Britney Jean as well. Even though both singers have denied these claims, the conspiracy theory remains alive and well on the Internet.

7 Taylor Swift Is A Clone 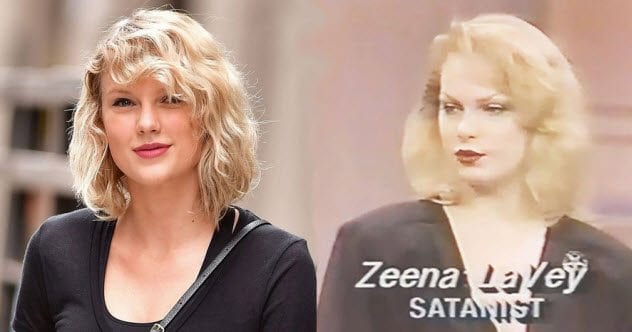 Taylor Swift probably has as many conspiracy theories surrounding her as she has hit songs. The latest one to hit the Internet is possibly the most bizarre of the lot. It claims that not only does Swift have a link to satanic leader Zeena LaVey but also that Swift is actually LaVey’s clone.

The creepy resemblance between Swift and LaVey is the fuel for the Internet fire. It is claimed that the Illuminati took LaVey out and replaced her with Swift. LaVey’s father was the founder of the satanic church, and she was given the position of high priestess at the church. She left this position in 1990 and was replaced at some point.

Oh, and Donald Trump becoming president means Swift can finally reveal that she is a Nazi and talk publicly about her still-secret Aryan agenda. 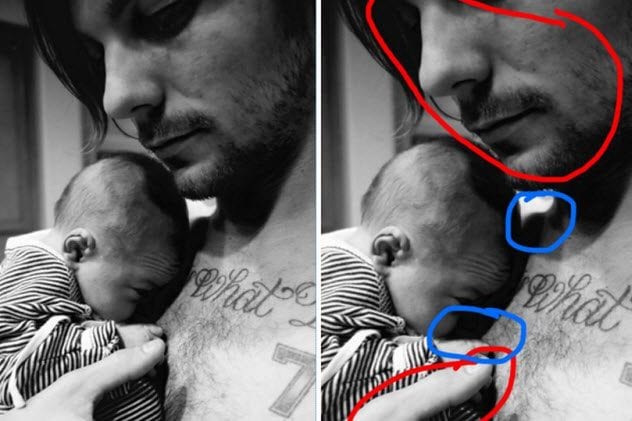 Boy band One Direction has its own share of conspiracy theories surrounding its members. One rumor is that Louis Tomlinson and Harry Styles are gay and in a relationship. So when Louis’s girlfriend, Briana, gave birth to their son in January 2016, a whole new conspiracy theory, “Babygate,” was born, too.

According to the latest theory, baby Freddie is either a doll or just a story fabricated to throw people off the trail of the relationship between the two male heartthrobs Louis and Harry. It is alleged that Louis’s management team set up Briana’s Twitter account in preparation for her and Louis to be photographed together two days later. Confirming her pregnancy before 12 weeks had passed is said to be a sign that Briana was never pregnant.

When a picture of Briana leaving the hospital surfaced online, fans disputed that she could have left the hospital without a wheelchair after giving birth. Even Freddie’s birth certificate is rumored to have been faked. Several photos of Louis and Freddie are said to have been altered to superimpose a baby onto an existing picture of Louis. 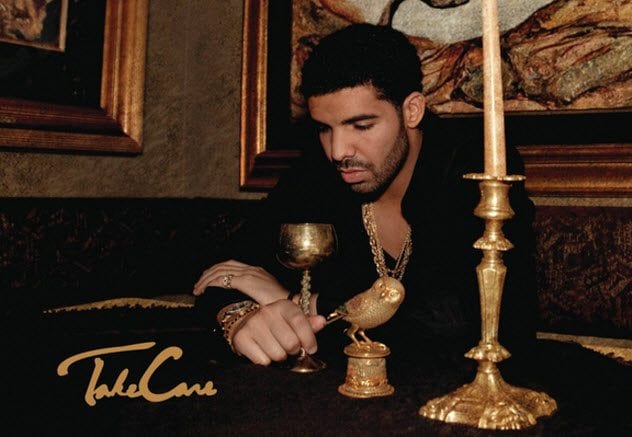 A conspiracy theory about Drake and his album titles came out of the woodwork in 2016 when fans were waiting for the release of his new album, Views From the Six. Previous theories about Drake have mainly involved his feelings for and relationship with Rihanna, but this theory has a sinister side to it.

Supposedly, Drake’s album titles have been a cleverly concealed suicide note that would only become apparent after the artist’s death. It is rumored that Take Care refers to his loved ones having to look after one another when he’s no longer there. Nothing Was The Same would be how life would be after his death.

If You’re Reading This It’s Too Late is the title that gets theorists worked up the most as it is said to refer to there being no time left to save him. As expected, Views From the Six is thought to be the last sights Drake will see before plummeting to his death from a high-rise building.

4 Sia Has Been Kidnapped 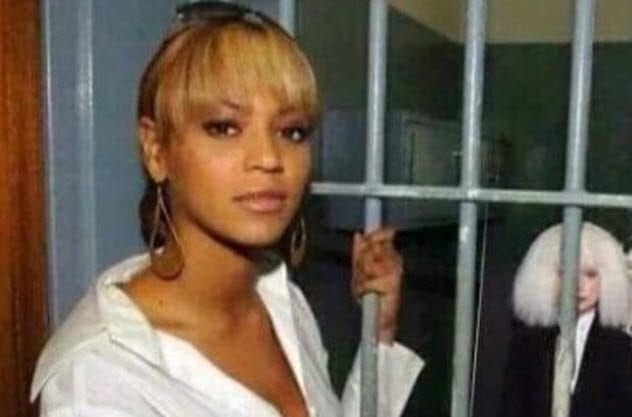 In 2016, #SaveSia became a trend when some of Sia’s fans became convinced that the star had been kidnapped by Beyonce. It all started when Sia made a seemingly innocent comment in an article that working with Beyonce was like being at a writing camp.

Somehow, fans were convinced that this meant Beyonce had kidnapped Sia, was holding her captive in a dungeon, and was forcing her to write songs. One person on Twitter even tweeted the FBI’s Seattle office to help Sia. Others ranted against Beyonce, demanding that she let Sia go.

Another part of this insane theory has it that Sia wears those massive wigs of hers to cover up the bruises caused by Beyonce hitting her.

3 Lady Gaga Is A Killer 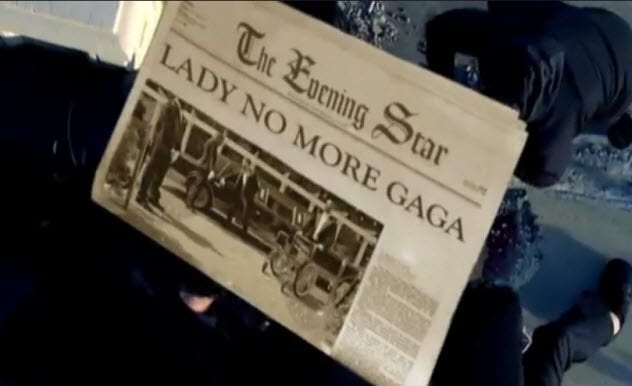 Just like Taylor Swift and Beyonce, Lady Gaga has a number of sinister rumors surrounding her and her career. The latest one must surely be the darkest to date. Conspiracy theorists believe that Lady Gaga will not tolerate any kind of rivalry when it comes to releasing music, so she murders those who attempt a little friendly competition and then steals their music.

It is alleged that Gaga pushed musician Lina Morgana off a building in 2008 and then stole Morgana’s musical identity to launch her own career. It is also claimed that Gaga has placed subliminal messages alluding to the murder in her music videos. For instance, a newspaper in a Gaga video appears with the line, “Lady No More Gaga.” The words “More Gaga” are so close to “Morgana” that it has to be a clue.

2 Prince’s Death Predicted By The Simpsons 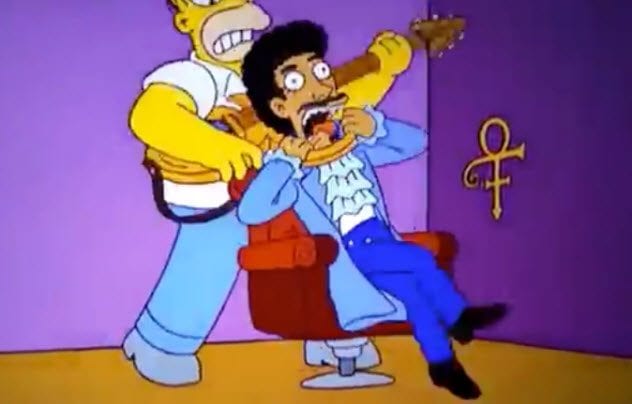 When Prince died in April 2016, the world was in shock. Unfortunately, it didn’t take long for crazy rumors surrounding his death to start making the rounds. One crazy theory is that the TV show The Simpsons predicted the singer’s death eight years earlier.

An episode featuring Homer Simpson murdering Prince with his own guitar has been taken as a foreshadowing of the star’s death. Another theory has it that Prince also predicted his own death at the hands of the Illuminati because he posted a picture on Instagram shortly before he died with the following caption: “Just When U Thought U Were Safe.”

1 George Michael Was An Illuminati Sacrifice 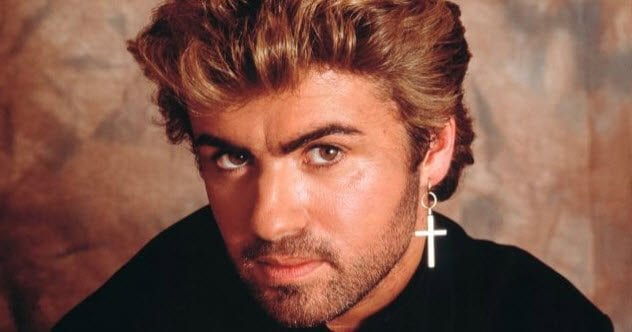 The news broke in the early hours of December 26, 2016, that singer George Michael had died in his sleep on Christmas Day. While grieving commenced around the world, a conspiracy theory also immediately reared its head.

While it is now clear that Michael passed away due to heart failure, a theory has it that he was in fact sacrificed by the Illuminati or died from an overdose. There is already a YouTube video making the rounds “explaining” the theory.

Even more disturbing and sad is the speculation that the singer may have died from AIDS despite all reputable news sources stating his actual cause of death. In the meantime, police have confirmed that the circumstances surrounding the singer’s death are not being treated as suspicious.