We’ve all heard the stories of historic serial killers like Elizabeth Bathory, Jack the Ripper, and H.H. Holmes and watched many horror movies based on their horrendous acts. They were not, however, the only historic serial killers. Here are 10 more people who committed some of the most horrible acts of murder ever. 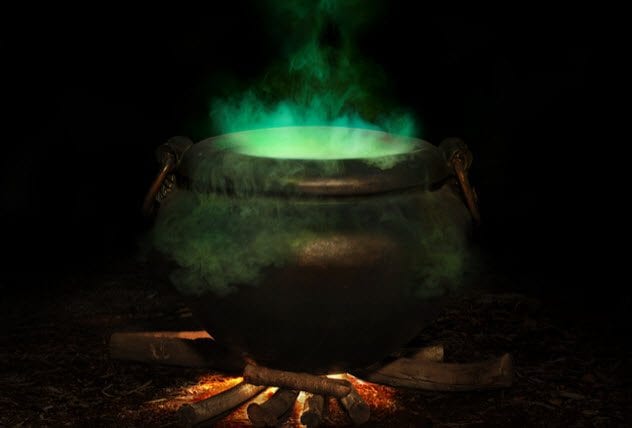 After many leading citizens died of a mysterious plague, a slave testified that a group of maids were poisoning their employers. Investigators found 20 maids in the process of brewing the poison.

The maids swore that the poison was medicine. To prove it, they drank their own brew and . . . were instantly cured of all sickness! Actually, they fell over dead immediately.

Another 170 maids were arrested and found guilty, though investigators concluded that this wasn’t a case of malicious intent. Instead, it was the first recorded case of “angel of mercy” syndrome. 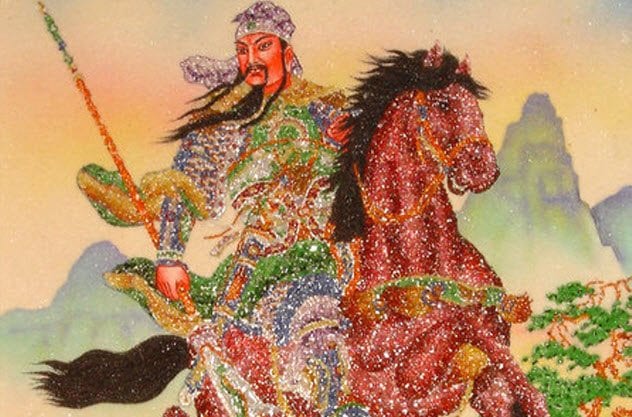 Liu Pengli became prince of Jidong in the middle of the rule of Emperor Jing of Han. Along with servants and slaves, Liu would attack various victims under the guise of robberies.

The actual reason behind the attacks was simply for a good time. This reign of terror lasted from 144 BC to 116 BC, scaring the townspeople so badly that no one would leave their homes as soon as the Sun set.

Eventually, the son of a victim accused Liu of the murders and he was found guilty of over 100 murders. The court officials wanted Liu executed, but Emperor Jing couldn’t live with the idea of sentencing his nephew to death.

Instead, Liu was stripped of all rank and power. His sovereignty was abolished and his land reclaimed. Liu was banished to Shangyong as a commoner. Whether this was a case of nepotism or not is up for debate. 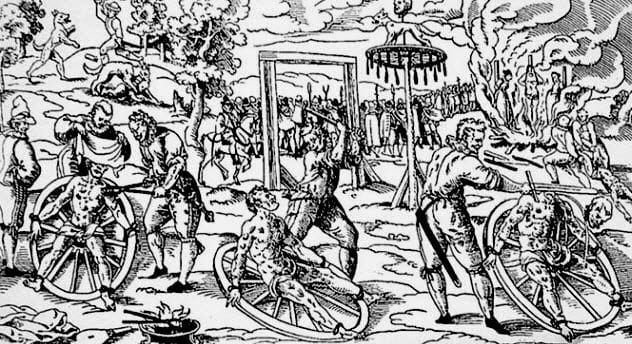 Although the method of extracting his confession was questionable (it was during the witch hunts), Peter Stumpp confessed to practicing black magic from age 12. He also confessed to killing 14 children (including his own son) and two pregnant women and having a belt that could turn him into a wolf.

Stumpp was missing his left hand, which was considered to be a sign that he was a werewolf. His entire family was accused of having incestuous relationships with each other and various demons sent by Satan.

Sentenced to death, Stumpp was tied to a large wagon wheel on Halloween. His flesh was pulled from his body in 10 places by a hot pincer, his legs were broken by the back side of an axe head, his head was cut off, and then his body was burned in a fire.

Stumpp’s daughter and mistress had already been skinned alive and strangled to death before being thrown in the same fire. All this was done as a warning against Stumpp’s behavior. 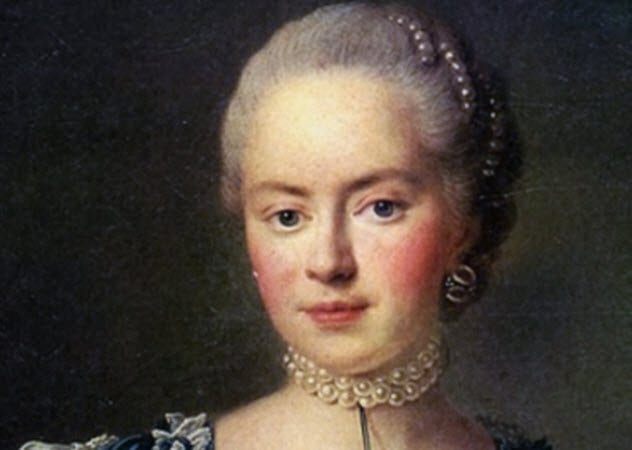 It’s easy to make comparisons to Elizabeth Bathory, but what really separates Darya Nikolayevna Saltykova from the Blood Countess is that Saltykova would fly into rages for no apparent reason. Some believe that she was angry at her lover for having an affair behind her back with a young girl while Saltykova was having an affair with him.

Saltykova was notorious for torturing 139 people to death, including children, pregnant women, and young women whom she viewed as rivals. These tortures included breaking bones, stripping the victims before tossing them into the frozen Russian landscape, pouring boiling water on them, and more.

Although Saltykova never seemed to want to murder men, she did enjoy the anguish that came when the fathers and husbands of her victims mourned their losses. One local man lost three wives to her rage.

Saltykova was eventually caught. After being chained and beaten in public while wearing a sign explaining her crimes, she was sentenced to life imprisonment in the basement of a local monastery. 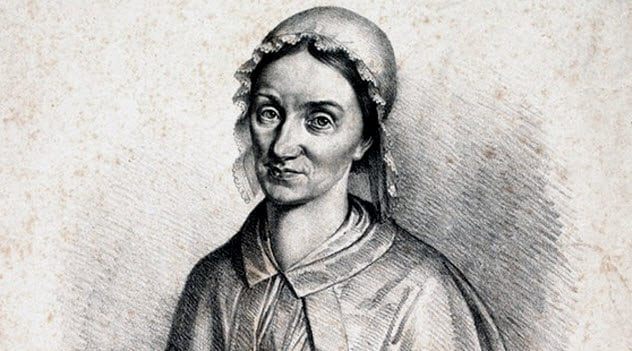 In another case of “angel of mercy,” Gesche Gottfried was a German woman who was found guilty of poisoning 15 people over 15 years. Her motivations have been debated for centuries. It’s believed that she suffered from Munchausen syndrome, which caused her to overexaggerate aspects of her life and the lives of those around her.

She would poison her victims to keep them sick so that she could continue to “care” for them. From this, Gottfried gained a reputation as a selfless and caring person, even garnering the nickname “Angel of Bremen.”

On her 43rd birthday, Gottfried was arrested after one of her would-be victims found white flakes in his food and told his doctor about it. The flakes turned out to be “mouse butter,” better known as arsenic.

Four years later, Gottfried was given the honor of being the last public execution in Bremen. Her death mask was then used in the now-defunct field of phrenology. 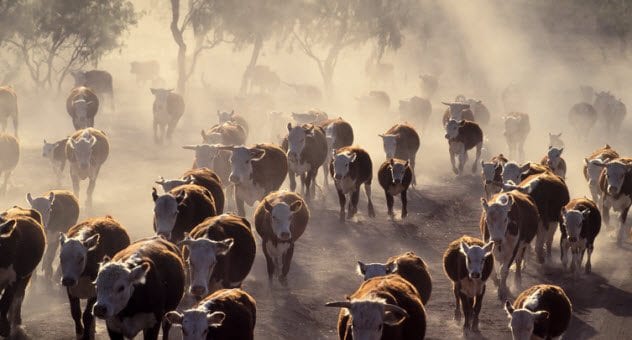 After John Lynch was sentenced to penal transportation to Australia, he decided to steal cattle from a previous employer in New South Wales. Lynch had already been in trouble for murdering a man who had presented evidence against Lynch and his gang. But he was cleared of those charges because the jury didn’t believe his confession.

So Lynch now had a herd of stolen cattle that he intended to sell in Sydney. On the way, he met other herders and farmers whom he would murder and steal from. Then he would sell their goods along the way. Afterward, Lynch decided to kill a family who owed him money before claiming their land and settling down.

His undoing came when one of his victims was found by a man who had visited the farm. Lynch, who had been using the name Dunleavy, was then exposed by a local barmaid. He confessed only after every bit of evidence against him left no doubt of his guilt. Although he was responsible for killing about 10 people, Lynch was only convicted and executed for the murder of one. 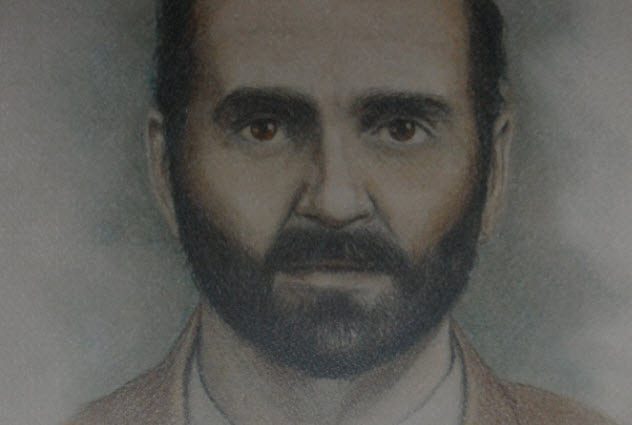 Today, many psychiatrists feel that the case of Manuel Blanco Romasanta was a missed opportunity to legitimize psychiatry in Spain. Romasanta, who had come to Spain from Portugal, was regularly hired as a guide out of the town where he lived.

He would return with letters to his clients’ families claiming that his clients were settled down and happy at their destinations. Some people began to question these claims, though, when Romasanta was found selling clothes from previous clients and soap that was rumored to be made from human fat.

When he was arrested, Romasanta claimed that he suffered from lycanthropy. This claim gained him the title of “Werewolf of Allariz.” His doctors ran tests based on phrenology, a field which said that mental conditions could be determined by the shape and size of the face and skull.

Romasanta’s doctors claimed that there was nothing mentally wrong with him. According to the doctors, Romasanta killed because he was a “perverted and accomplished criminal, capable of anything” and that he acted “with free will, freedom, and knowledge.”

However, many modern psychiatrists believe that Romasanta suffered from antisocial personality disorder. Romasanta confessed to 14 murders but was only found guilty of nine. The other five victims were deemed to have been killed in actual wolf attacks. 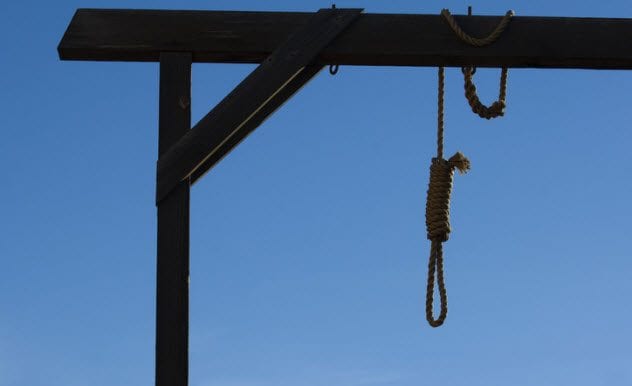 Catherine Wilson was an “angel of mercy” who was able to convince her victims to include her in their wills. She had over 30 patients die under her care. But she was only known to have actually killed her husband and a previous patient who had been exhumed. She also attempted to give enough sulfuric acid to another victim to kill 50 people.

Bizarrely, the judge in her first trial found her not guilty. The police had continued their investigation through the trial, though, and arrested Wilson as soon as she stepped off the dock.

She was charged in the murder of seven patients but only tried for one. At her second trial, Wilson was found guilty and sentenced to hang. She was the last woman to be publicly hanged in London. 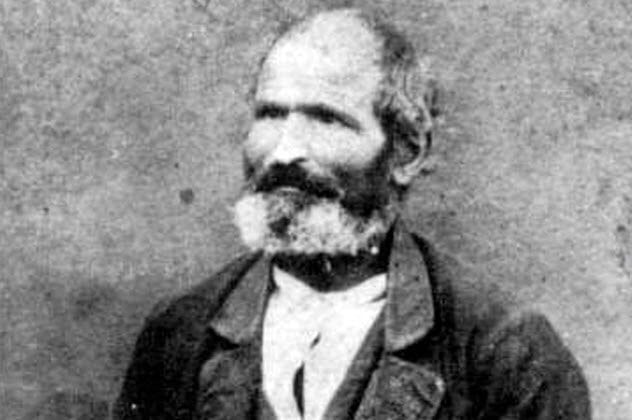 In Spain, the term sacamantecas (“fat extractor”) is used to describe a form of bogeyman—a monster that extracts fat from your dead body and fashions it into various uses. Juan Diaz de Garayo is known as “El Sacamentacas.” He was the bogeyman.

De Garayo strangled five women and a 13-year-old girl to death. He also attacked four other women. De Garayo’s family tried to claim that the victims were attacked by a sacamentacas, which gained him the nickname.

Most of his victims were prostitutes whom he tried to hire, but they turned him down because of his low payment offers. Eventually, de Garayo stopped offering money and simply murdered and raped his victims.

After two failed attempts that almost got him caught, de Garayo put his murdering ways on hold for about four years. Eventually, he was implicated in the deaths of many of his victims. He was arrested when he returned to his hometown.

In 1881, de Garayo was executed by garroting, displayed publicly for 10 hours, and then buried in an unmarked grave. 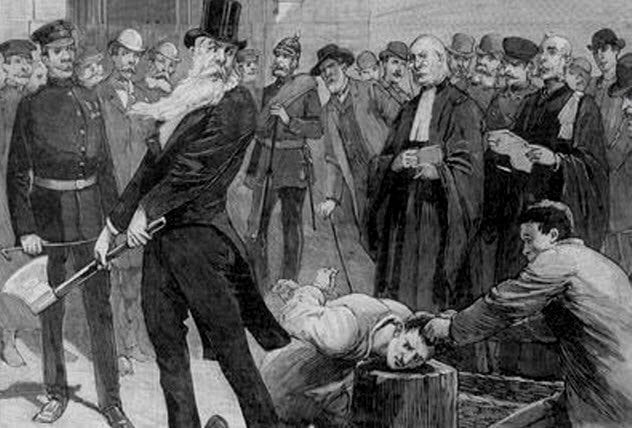 The Bochum serial sex murders are a series of sexual assaults and murders that took the lives of eight women between 1878 and 1882. The victims were raped, strangled, and mutilated while working or walking alone in the countryside areas of Bochum, Germany. Although a man was executed for the murders, many people believe that the case remains unsolved because the crimes continued for four months after the execution.

This is the case that led to many changes in Germany’s justice system. The death penalty was reinstated after 15 years simply to reassure the people of Bochum that someone would be severely punished for the crimes. The Bochum sex murders also brought about a new eye on the roles of victims and aggressors in sexual assault and rape cases, and the case helped to coin the term Lustmord (“murder simply for pleasure”).

Lee Drake is a horror writer and actor. He currently hosts his YouTube channel, Drawing First Blood, and writes a variety of short horror fiction.