Political correctness is the bugbear of our times, a censorious monster that stalks the streets, humorlessly trying to ban things it doesn’t agree with. Usually, this attitude leads to bland trigger warnings and depressing things like safe spaces. But, just occasionally, it goes the other way. In the quest for a world without offense, PC attitudes sometimes create stuff that is unintentionally hilarious.

If you’re a well-adjusted person who spends plenty of time off the Internet, you might have missed the controversy about Christmas song “Baby it’s Cold Outside.” Penned in the 1940s, the holiday favorite portrays a dance of seduction between a man and a woman. Innocuous? Sure. Until someone came along and decided the lyrics were about date rape.

This new reading of the lyrics got some people so worked up that songwriter couple Lydia Liza and Josiah Lemanski decided to release a PC version for those offended by the original. The results were about as romantic as a colonoscopy.

Honestly, if you want a face-palming chuckle, listen to this song right now. The new lyrics include glorious clunkers like the man singing “You reserve the right to say no,” and replying to “I really can’t stay,” with “baby, I’m cool with that.” The rest of the song is then taken up with him singing about what a nice time he had, telling her he doesn’t want to pressure her, and then offering to walk her home safely. Phew. Anyone else feeling a little . . . hot right now? 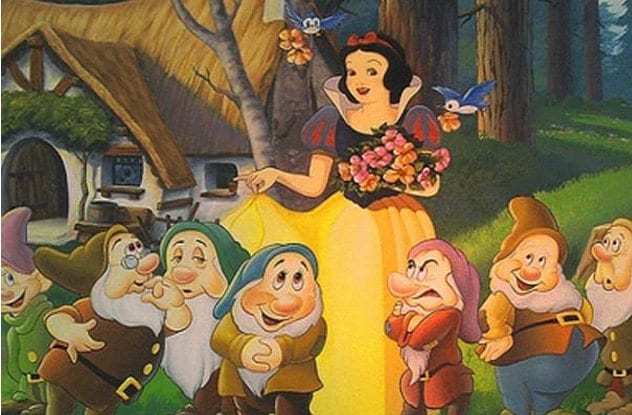 With its cast of seven dwarves, you might expect classic fairytale Snow White to get short shrift from modern readers. Y’know, the sort of people who’ve never even been to a midget-tossing contest. But it wasn’t the dwarf aspect that riled readers in the ’70s. No, it was the fact that Snow White didn’t get to go work down the mines.

In 1971, the Merseyside women’s liberation movement republished Snow White as a feminist tale. In their new version, Snow White is no longer a princess but a badass miner who joins the dwarves carving precious metals from the earth instead of doing their dishes.

There were other changes, too. The huntsman was no longer in love with Snow White but saved her due to “concern for what she can make of her life.” And the wicked queen hated her stepdaughter for her liveliness and independence, rather than due to “wicked” being part of her job description.

8The Vagina Monologues For People Without Vaginas

Ask anyone to name a feminist play, and they’ll reply with “The Vagina Monologues.” Eve Ensler’s collection of plays is at the pinnacle of progressivism. It’s the sort of thing you’d expect conservatives to get angrier over than liberals.

You’d be wrong. In 2015, Mount Holyoke liberal arts college banned a performance of The Vagina Monologues for not being PC enough. Instead, the students wrote their own version, designed not to offend non-binary or trans people or women “without vaginas.” The really hilarious part? Such a version of the vagina monologues already exists.

Every year, Ensler adds a new monologue to the play and has been doing so since 1997. In 2004, she specifically wrote one that was trans-inclusive, called “They Beat the Girl Out of My Boy, Or So They Tried.” Mount Holyoke’s PC students wound up butchering a feminist classic to create a version of it that already exists. 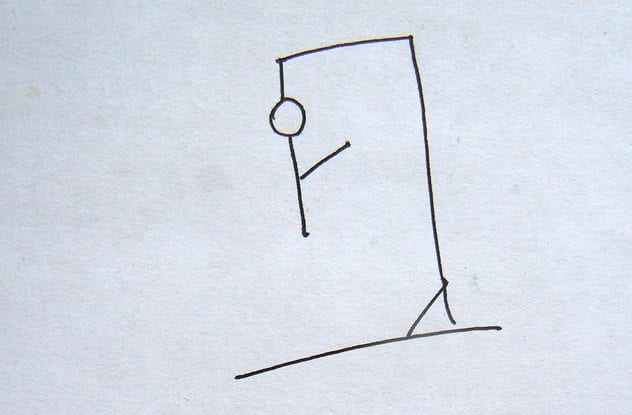 Hangman is a classic kids’ learning game. It’s simple to understand, high on tension, and with a good dose of morbidity thrown in. But try telling that to one anonymous school (reported on teaching resource LessonPlanet). After complaints from a parent, they were forced to change the game from “hangman” to “snowman”.

The thinking was that hangman was reminiscent of lynching and therefore offensive. This would be a totally valid complaint . . . if hangman had been invented by redneck hicks who’d just come back from a hard day’s racism. In reality, it appeared in Victorian Britain and probably referred to the criminals who were publicly hanged in the early part of Victoria’s reign. Because one parent didn’t do their homework, kids at this school are now stuck playing a boring-ass version of this game called “snowman.” 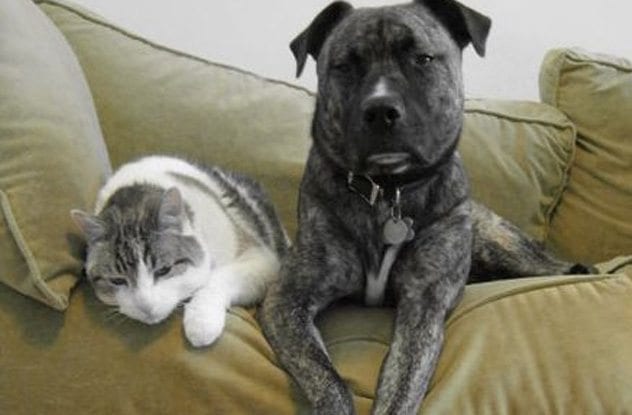 Would you call yourself a pet owner? The Journal of Animal Ethics would disagree. In 2011, its editors decided that the word “pets” was insulting to animals. They tried to replace the entire spectrum of words related to owning a cat or dog. The result was a diktat to call pets “animal companions” and owners “human carers.”

Amusingly, they also tried to squash out animal-based idioms from the English language. So “drunk as a skunk” was forbidden to their writers, on the basis that skunks aren’t alcoholics, and to imply otherwise is derogatory. “Eat like a pig” was also swapped out, as was “sly as a fox.”

Their idea even extended to wild animals, who the journal insisted had to be referred to as “free-living” to avoid offense. We can’t help but wonder how the “free-living” animals managed to tell them they were offended in the first place. 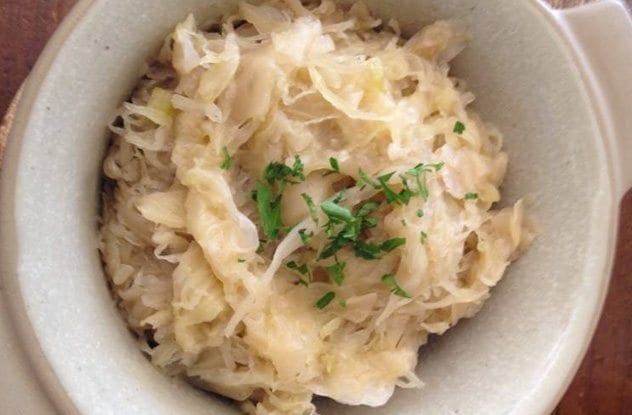 The best-known example is probably “Freedom Fries.” In 2004, Congress got so angry at France for not joining the invasion of Iraq, Congressional cafeterias renamed French fries “freedom fries.” But while the Freedom Fries saga was hilariously dumb, it wasn’t the dumbest of all time. That honor goes to the patriotically correct of World War I, who had sauerkraut renamed “Liberty Cabbage.”

Reading old articles on this is mind-blowing. People of the time declared sauerkraut was “only fit for the Kaiser,” but Liberty Cabbage was “American.” The forced distinction lasted all the way until the end or the war. 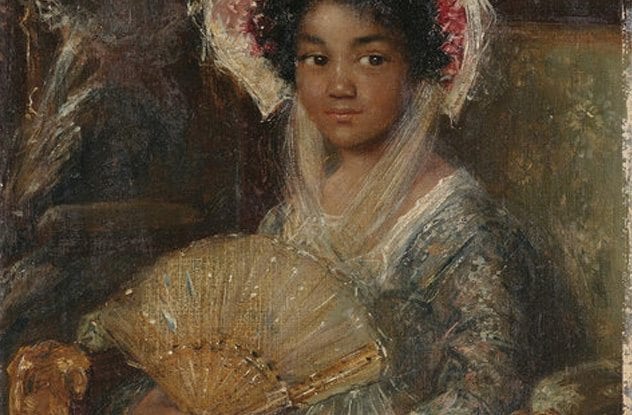 Art history is not politically correct. Back then, people liked to paint violent, lustful scenes that reflected the squalor and prejudice all around them. There are paintings of black people by old masters titled “negro,” scenes of rape, and blood and guts galore. All of this apparently proved too much for Amsterdam’s Rijksmuseum. In late 2015, the museum renamed all its classic paintings to avoid offending people.

Casualties included paintings like Young Negro Girl by Simon Maris (now Young Girl Holding a Fan) and Negro Servant by Michiel van Musscher. Others had titles including references to dwarves, Eskimos, and even the Dutch word for “stutterer.” All in all, the museum’s directors retitled or just plain censored 132 paintings deemed “triggering,” lest someone freak out about the idea of a guy who died 300 years ago using a non-PC word. 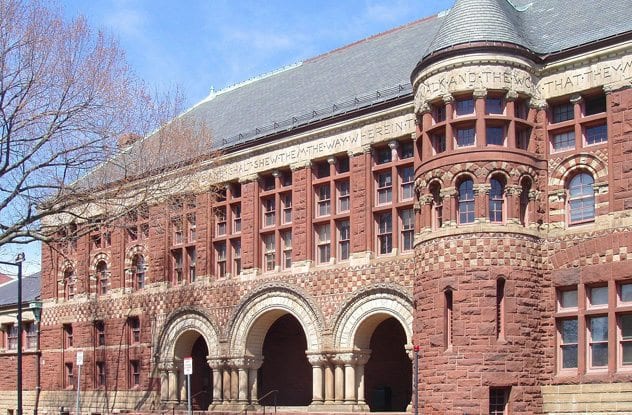 Rape law in the United States has a serious problem. Written down, it uses words like “rape,” “violation,” and other technical terms. When being taught to students, it inevitably winds up with them hearing these horrendous words. Thank God, then, for Harvard. In 2014, students at the Ivy League institution tried to create a PC version of rape law that could be taught without ever mentioning the word “rape.”

In an article for The New Yorker, professor Jeannie Suk recalled how students tried to ban her from using the word “violate,” even in the context of “that violates the law.” The fear was that students might become distressed, something you’d probably expect them to have considered before signing up for a class teaching rape law.

To Harvard’s credit, they didn’t allow this abomination to go ahead, saving us all from a glut of spectacularly useless lawyers 10 years down the line. 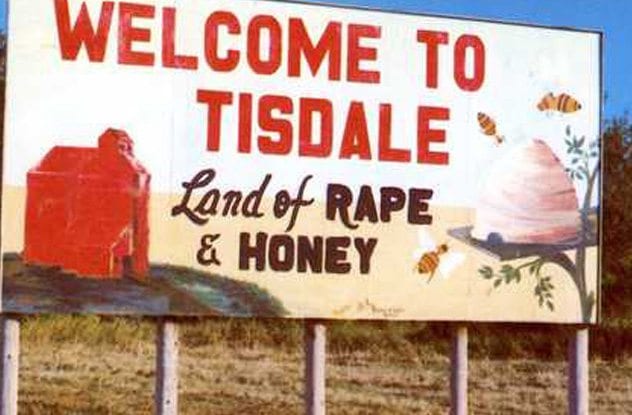 There’s an argument that the word “rape” shouldn’t be used lightly. It’s an ugly word, referring to an ugly, inhuman thing. But when that word is part of a longer word, like, say, rapeseed?

Welcome to Tisdale, a town in Canada that’s famous for rapeseed and honey. For decades, their town slogan referred to both these local industries. Then, a couple of years back, their slogan came to the attention of the wider world, shocking PC sensibilities everywhere. Tisdale, you see, calls itself “the land of rape and honey.”

Predictably, to the town voted to rebrand itself as the place “where opportunity grows.” Perhaps it’s no wonder people have started referring to rapeseed as canola. 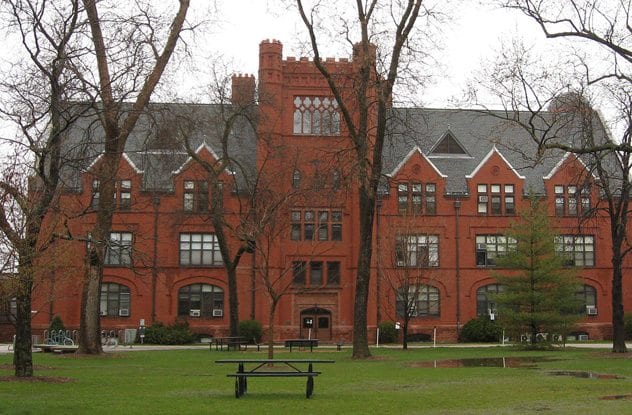 This is it. The moment PC culture ate itself, vomited it back, and then chowed down on the steaming, regurgitated remains. In October 2015, the University of Milwaukee-Wisconsin released its annual list of banned, offensive words. Included among them was the phrase “politically correct.”

The campus deemed the phrase a “microagression” that might hurt student feelings and suggested using “sensitive” instead. But it’s less the replacement version that’s ridiculous here than the whole shebang. In centuries to come, historians will identify this story as the moment is we hit peak political correctness. And you know what? They’ll probably write those words while laughing their heads off.