To many, Disney is synonymous with innocent morality stories and fluffy rodents singing songs of hope and joy. This is an image Disney has worked hard to perpetuate in their films, but many of the supposedly innocent messages, on closer examination, can be revealed as otherwise. There is no doubt that Disney movies have brought happiness to millions, if not billions of children around the world. In this list, however, I have examined some of the more harrowing themes present in Disney movies, which may have affected you and your children more than you know. 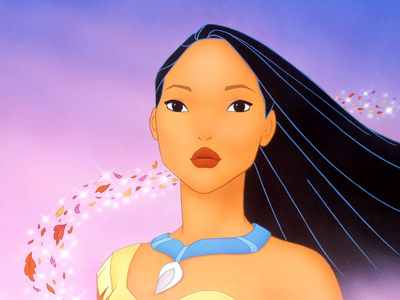 Perhaps one of the most obvious points critics have grilled Disney over are historical inaccuracies in their few films which are actually based on real events. “Pocahontas” has been dubbed a travesty on the history of the Native American genocide. The title character is portrayed as a native woman who falls in love with settler John Smith, but in reality Pocahontas was only 10 at the time. Smith did befriend the girl but there was no romance. An even worse travesty is the film’s end.  The settlers become friends with the natives and everyone lives happily ever after. Really Disney? In fact, 90% of the indigenous people in America were wiped out by a combination of disease and genocide of crazed religious settlers, believing their actions justified by the idea of “manifest destiny”. Those who survived were subjected to poor living conditions and servitude to the land-grabbing Europeans, who subsequently became Americans. 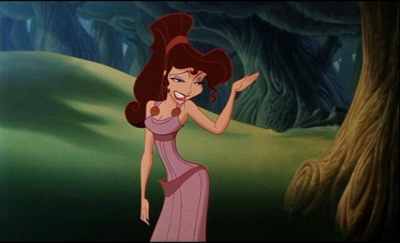 The size-zero look is replicated by every single Disney princess in cinema, with the exception of Snow White, perhaps because in the 1930s ideals of beauty were different from now. It’s not just that women are portrayed as slender to increase their attractiveness; the level of exaggeration (for example in the impossibly lean waist of Megara from “Hercules”) is staggering to the point absurdity. Many critics, particularly feminists, have blasted Disney over this portrayal of women, claiming that the images have inspired anorexia and eating disorders in young women. 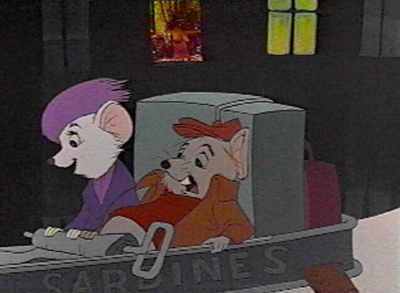 Disney has a track record of slipping bizarre messages into their films, mostly in the form of hidden images, but also sometimes through sound. For those who don’t know, subliminal messaging refers to images or sounds that pass by so fast that only your subconscious picks them up. The most notable case was announced by Disney itself on a home video copy of “The Rescuers”; as two mice ride in a sardine tin, a photograph of a topless woman can be seen in a window for several frames. Disney were quick to lay the blame on editors for planting the image as a joke (of course), and recalled all copies of the film. 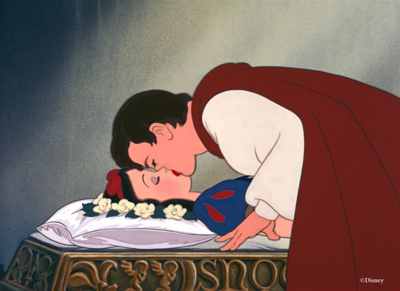 A recurring theme for Disney princess films involves a beautiful woman being awakened by an unapproved kiss on the lips (though I guess this is slightly better than the rape found in the original Sleeping Beauty). Although it is arguable that some people wouldn’t mind being woken by the kiss of an impossibly handsome and wealthy prince, most women tend to reject this idea. In both Snow White and Sleeping Beauty, however, the women tend not to take the harassment too badly; in fact both characters marry these potential rapists after their respective rude awakenings. 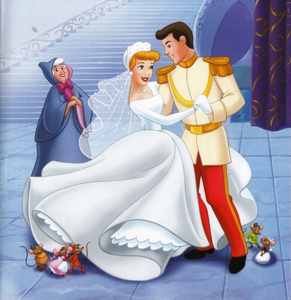 Disney heroes and villains are almost always high in the social hierarchy when compared to others. The plot structure of “Cinderella” revolves around a woman who manages to escape her terrible living conditions simply by marrying a wealthy man.  Her success is down to her attractiveness in comparison to her hideous stepsisters. This sense of entitlement amongst central characters is consistent in almost every Disney film. So-called “Prince Charming” characters are so valued for their wealth and power that they can get away with basically anything. Imagine a reversal of the roles: replace Prince Phillip from “Sleeping Beauty” with Philoctetes, a minor socially-inferior character from “Hercules”.  I wager most women would wake up to a kiss from Philoctetes screaming “Rape!” at the top of their voices, rather than “Let’s get married!” 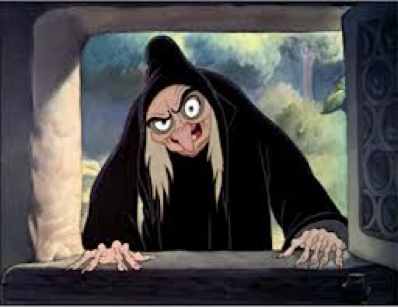 In almost every Disney movie the primary antagonist is portrayed as physically unattractive, encouraging children to associate this character trait with evil. Female characters are particularly subjected to this treatment, all having at least one of the “Big Three” of Disney villain characteristics: being fat (Ursula in “The Little Mermaid”), old (The Old Woman in “Snow White”) or hideously ugly (The Ugly Stepsisters in “Cinderella”). The bottom line is that Disney openly preaches that attractiveness is synonymous with both morality and happiness. Disney villains are often portrayed as insecure about their appearance, which then causes them to take it out on younger, slimmer, better-looking characters. For example the villain of “Snow White” is obsessed with being the “fairest of them all”, and the ugly stepsisters bully and abuse innocent beautiful Cinderella. 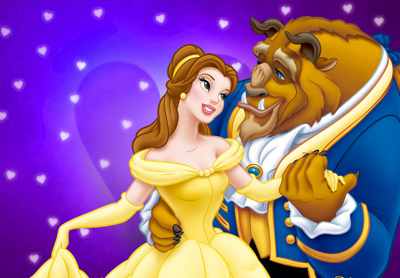 The film “Beauty and the Beast” works on the pretence of  “looks don’t matter”. However a closer look at the plot structure reveals this as a false front.  In the climax of the film the beast transforms back into a handsome human form, thus allowing him to live happily ever after with the equally attractive Belle. This totally contradicts the film’s supposed message of “looks don’t matter”, because if that were true, why is the transformation needed? “The Hunchback of Notre Dame” also does this with the main character being physically deformed. However, the message is again twisted when a new handsome character in the form of Captain Phoebus is introduced to marry Esmerelda instead of the protagonist, who of course is not worthy of her because of his ugliness. 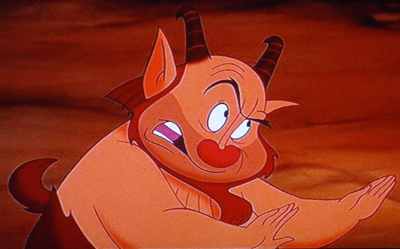 Although perhaps something of a controversial entry, visible evidence exists which suggests Disney uses subtle themes of Satanism in their films. For example, the beast of “Beauty and the Beast” is portrayed as a horned creature with fangs, resembling a traditional image of Lucifer. Philoctetes in “Hercules” is also displayed in this form, with horns and cloven-feet. The most bizarre, albeit most controversial case is perhaps in Disney’s adaptation of “The Lion, the Witch and the Wardrobe”. It has been argued that eight-year-old Lucy’s meeting with Mr Tumnus involves a subtle theme of paeodophilia: the stranger (incidentally portrayed with goat legs and horns) persuades Lucy to visit his home before putting her to sleep by playing lullabies on his flute. The next thing we know, Lucy wakes to find Mr Tumnus crying and saying that he has “done something very bad”: in the context of the story Tumnus betrayed Lucy to the White Witch. Despite the evidence of a darker theme, many critics of the theory have suggested the sequence simply represents the consequences of children trusting strangers. 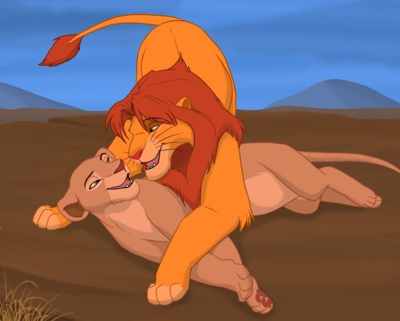 Now many would feel inclined to offer Disney some leniency here, given that it is targeting children with its films, but many others would condemn them for sugar-coating themes of death and deceit with fluffy singing animals and perfect happy endings. Take “The Lion King” – a film based on William Shakespeare’s classic tragedy “Hamlet”. Disney altered the original ending of the play, in which many of the central characters die, and replaced it with a perfect triumph of good over evil, firmly rendering the plot meaningless and holding up a giant middle finger to Shakespeare in the process.  However “Hamlet” isn’t the only literary masterpiece Disney have butchered on screen. Take the plot structure of Hans Christian Anderson’s “The Little Mermaid” and you will find another drastically altered ending. In the original, Ariel does not marry the prince and is forced to kill him to regain her mermaid tail, but she cannot perform the deed and instead dies sadly. 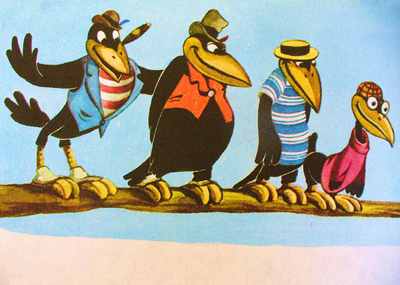 Overall the most blatant and unambiguous message that Disney teaches any child is how to discriminate between races. The crows in “Dumbo”, released in 1941 when racism against African Americans was more acceptable, is probably the most blatant example. The language and attire of the birds are clearly intended to mock African Americans. The characters exist only to help the white protagonist, and contribute mainly comedic value amongst white audiences, adding insult to injury on the already glaring stereotype. Another example is the Chinese cat from “The Aristocats”, who sings about fortune cookies (invented in America incidentally) with an almost unintelligibly Asian accent. Disney has been blasted time and again for racism and yet it continues to perpetuate glaring stereotypes.