Laika’s voyage into Earth’s orbit was a landmark moment in human history. It was a testimony to what can be accomplished that paved the way for some of mankind’s greatest achievements. Laika herself, though, was just a dog, with no understanding of what her mission meant. For her, those last weeks of her life were a terrifying and heartbreaking ordeal. In her last moments, Laika was confused and afraid—and if the facts of history had been different, she just might have returned home.

10Laika Was A Stray 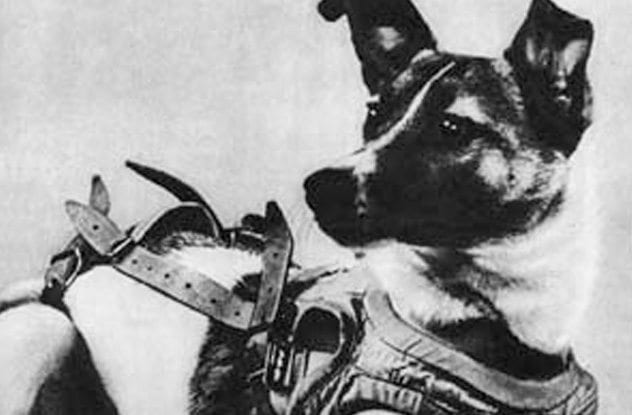 Before the space program, Laika had no home. She was a mongrel dog, found wandering the streets of Moscow.

Strays, like Laika, were sought out by the Soviet Union. While the Americans preferred to send monkeys into space, the Soviets found dogs easier to train. They had a team that gathered strays off the streets. The hardship these mutts endured, they believed, made them tough enough to handle the harsh conditions of space.

She wasn’t the first stray the Soviets had strapped inside a rocket. Another dog, named Albina, had already flown halfway into orbit and made it back alive. She would be Laika’s backup.

Another dog named Mushka would be used to test the life support. Mushka, like Laika, was a stray, but the hardships of the space program were too much for her. During training, Mushka became so terrified that she wouldn’t touch her food.

9They Knew She Would Die 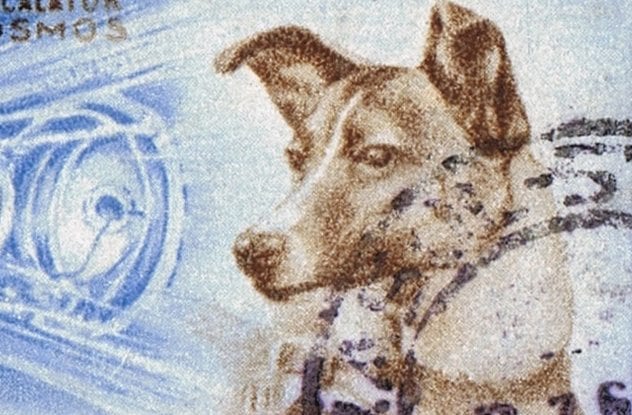 Unlike Albina, Laika wasn’t going to come back. The satellite they’d built wasn’t equipped for a safe reentry. They knew that she would not survive the trip home. Laika would spend a few days in orbit above the Earth. Then, she would be euthanized with poison in her dog food.

Outside of the Soviet Union, Laika’s doomed mission was an outrage. The British, in particular, campaigned to stop the mission. The Daily Mirror ran an article with the headline, “The Dog Will Die, We Can’t Save It.” The Royal Society for the Prevention of Cruelty to Animals urged people to call the Soviet embassy and complain. Others held a moment of silence each day at 11:00 AM in quiet protest.

The Soviets didn’t understand why they were so upset. “The Russians love dogs,” they responded in a statement. “This has been done not for the sake of cruelty but for the benefit of humanity.”

Laika, however, may have been chosen because of the cruelty of the mission. According to some, Albina was the first choice, but she was kept on the ground out of respect. Albina had already done her job. Laika went into space so that Albina could live.

8 . . . Because They Rushed The Spacecraft 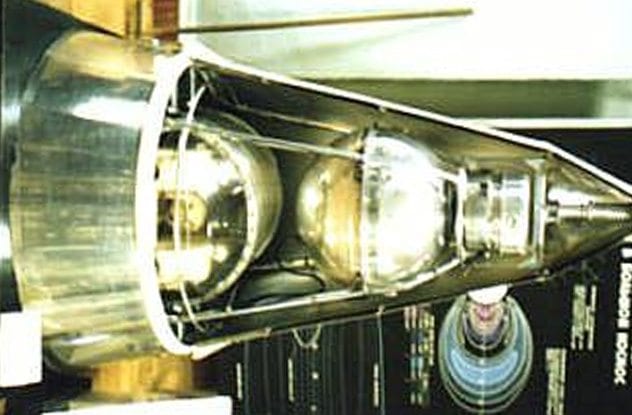 Laika’s death was avoidable. In the original plan, Laika was to come home. The Soviets had boasted that she would have all the comforts she needed to survive and return home safely.

All that changed, though, because of Khrushchev. Khrushchev viewed Laika’s journey as a piece of propaganda, and he wanted it timed to perfection. He wanted Sputnik 2 to blast off on the 40th Anniversary of the Bolshevik Revolution, and he ordered the scientists to rush the job so he could get the date right.

The original plans for a return mission had to be scrapped. The scientists now had four weeks to make the first spacecraft capable of sending a living thing into orbit. It was enough time to do it, but not enough to make one that could come back.

“All traditions developed in rocket technology were thrown out,” one of the scientists, Boris Chertok, said. “The second satellite was created without preliminary design, or any kind of design.” 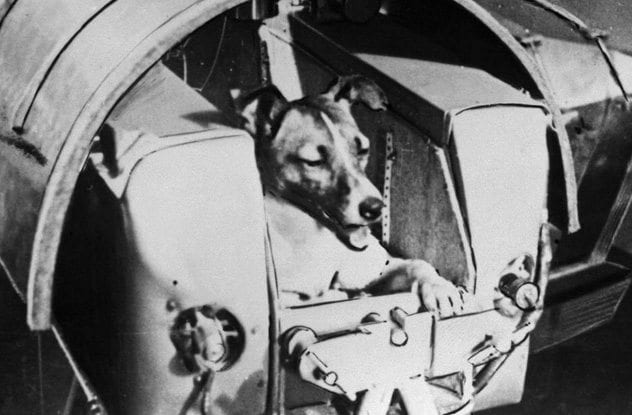 Sputnik 2 was little bigger than a washing machine. Inside, Laika wouldn’t even have enough space to turn around, and, to make sure she didn’t, she would be chained in a single spot. She would have the freedom to sit and to lie down and to do nothing else.

To get her ready, Laika and the other dogs were put into smaller and smaller cages. She would be left locked up in claustrophobic conditions for up to 20 days. Then she’d be pulled into an even tighter space.

Trapped in the cages, the dogs became constipated. They refused to relieve themselves, even when the scientists fed them laxatives. The only way they could get them to adapt to these spaces, the scientists learned, was to make them live through it, and so the dogs stayed in their cages until they’d forgotten they’d ever been anywhere else.

6A Scientist Brought Her Home To His Kids Before The Voyage 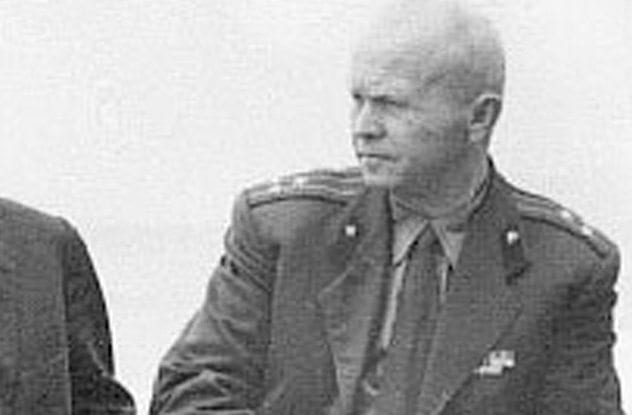 The day before the launch, Dr. Vladimir Yazdovsky brought Laika home. For the last four weeks, he had been closer to her than anyone. He had led the team the picked Laika after the streets, he’d trained her, and he’d personally chosen her to go into space.

Dr. Yazdovsky brought her home so that his children could play with her. For one last moment before her last day on Earth, he let her experience life as a domesticated dog with a loving family. “I wanted to do something nice for her,” Dr. Yazdovsky said. “She had so little time left to live.”

In the morning, she would be put into a rocket, sent into space, and would never return. Dr. Yazdovsky brought her to launch site and the team said their goodbyes.

“After placing Laika in the container and closing the hatch, we kissed her nose and wished her bon voyage,” one of the men later said, “knowing that she would not survive the flight.” 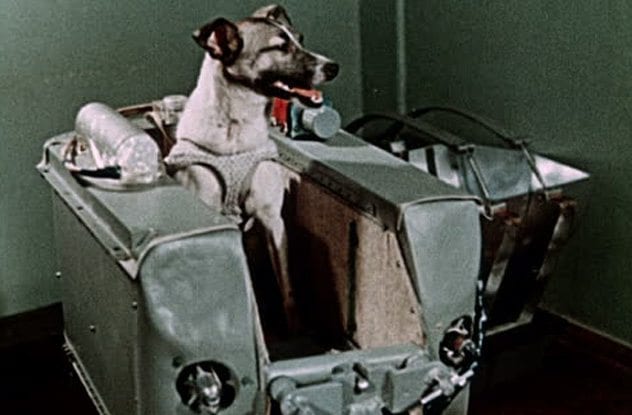 Laika wasn’t launched that day. For the next three days, she was grounded inside the spacecraft, waiting on Earth. There had been a malfunction that had to be repaired, and so Laika was kept in freezing cold temperatures, unable to move.

The scientists did their best to take care of her. A hose from an air conditioner was set up to keep her warm, and Dr. Yazdovsky had his men keep a constant eye on her. Finally, on November 3, 1957, Laika took off.

As the spacecraft blasted off of the Earth and into space, Laika panicked. Her heart rate and breathing speed up to three times their normal rate as the small, confused dog tried to understand what was happening to her.

When Laika became weightless, she started to calm down. For the first time in Earth’s history, a living thing was floating in space, seeing the Earth and the stars from outside of its atmosphere. Her heart slowed, and she became to relax, but she would never again calm down to the heart rate she had on Earth.

4Her Death Was Horrifying 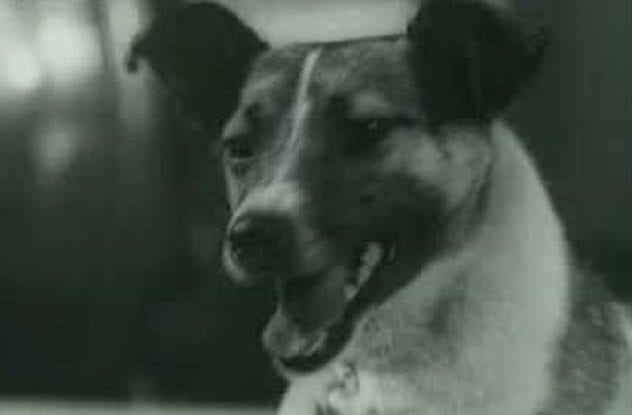 For years after the mission, the Soviets claimed that Laika survived her first day in space. They claimed that she drifted in orbit around the Earth for days. At last, she ate the poisoned food they’d prepared for her and passed peacefully onto the other side with the Earth below her.

The truth didn’t come out until 2002, when one of the scientists, Dimitri Malashenkov, revealed the brutal fate Laika really met. Laika died within seven hours, sometime during her fourth circuit around the Earth, in excruciating pain.

The temperature control system on the hastily built satellite malfunctioned. The shuttle started getting hotter and hotter, soon going well past 40 degrees Celsius (100 °F) and rising into sweltering extremes. Laika, who had calmed down when she’d become weightless, began to panic once more.

On Earth, Laika had handlers who calmed her when the training became stressful. Now, though, those scientists could only watch the information tick in. They saw Laika’s her heart racing faster and faster until they couldn’t pick up any heartbeat at all.

3She Disintegrated On Re-Entry 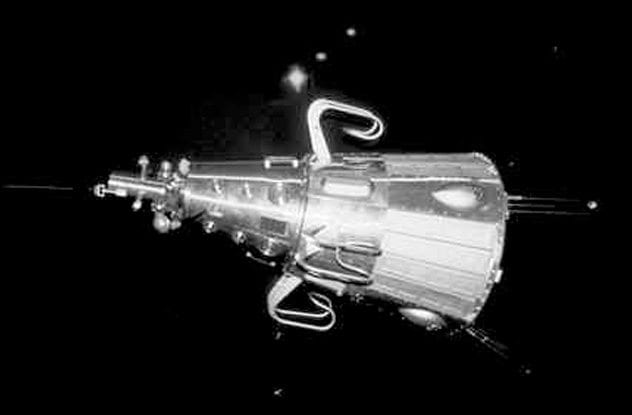 After five months and 2,570 orbits around the Earth, the satellite that had become Laika’s coffin fell down to the Earth. It streaked across the sky while people around the world watched, creating a small panic in the United States.

“Shortly after midnight on April 14, 1958, UFO sightings were reported by reliable witnesses along the east coast of the United States,” one report said. “They reported a brilliant bluish-white object moving high across the sky at incredible speed. According to reports, it suddenly turned red, and several small objects detached from the main object and fell into formation behind it.”

The UFO was Sputnik 2, and the detached objects were the pieces of the capsule being torn apart on reentry. Laika and the capsule disintegrated as they rushed toward the Earth. Her body never touched the ground. 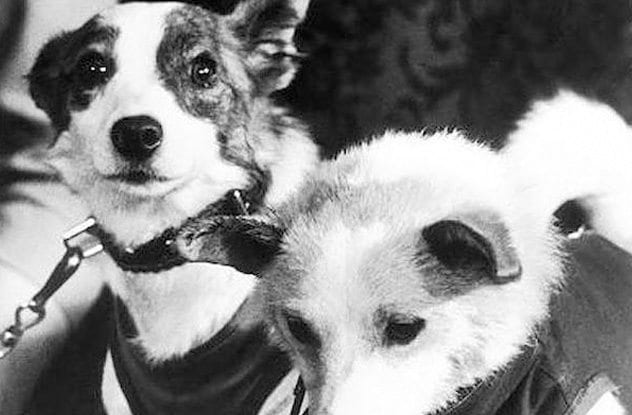 Mushka, the dog who’d been kept on Earth as a “control dog,” followed Laika into space a little later. She was sent up in a rocket with a menagerie of dogs, guinea pigs, rats, mice, fruit flies, and plants, meant to study the effects of cosmic radiation.

Mushka was to come home. During reentry, however, the retro-rocket meant to slow her craft down malfunctioned. She fell off trajectory and started to crash down toward the Earth. The Soviets had no way of knowing where she would land, and they feared it would be into American hands.

In press reports, the Soviets claimed that Mushka’s spacecraft was burned up on reentry. The truth, though, was that there were explosives onboard. Fearing that their secrets would land in enemy territory, the Soviet scientists detonated the ship, killing every animal onboard.

1We Didn’t Learn Very Much 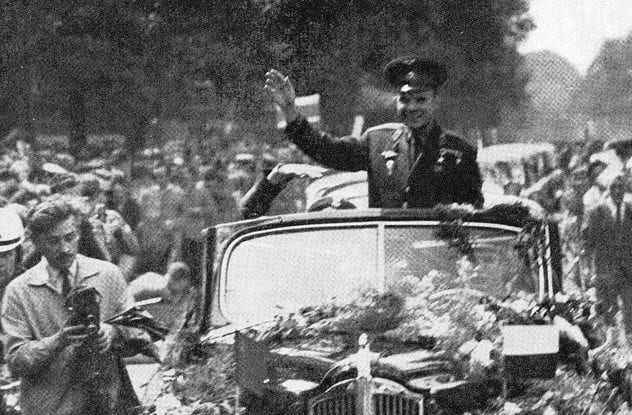 “The more time passes, the more I’m sorry about it,” said Oleg Gazenko, one of the scientists on the team. “We shouldn’t have done it. We did not learn enough from the mission to justify the death of the dog.”

Her trip into space was more symbolic than scientific. It proved that a living thing could be sent into space and survive, and, more importantly, that the Soviets could be the first to do it. The decision not to bring her back, though, weighed on the group and on the public. One Polish scientist called her death “undoubtedly a great loss for science.”

Laika, however, invigorated a world’s imagination for space travel. She paved the way for the future of space travel. Less than four years after her launch, Yuri Gagarin would become the first man in space, and he would come home safely.