On August 15, 1945, Emperor Hirohito announced Japan’s surrender to the Allies. The Second World War was at an end.

For the millions who heard his voice, this was a profound moment. For some, it was a relief after a long, painful war. For others, it was a betrayal. Some refused to believe it. Some refused to accept it. And some feared what would happen next.

10There Were Mass Suicides In Manchuria 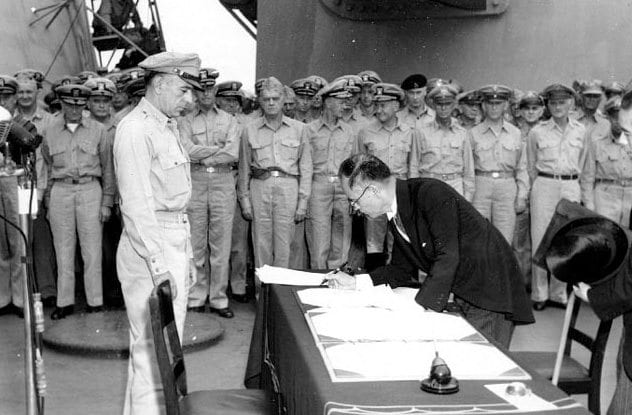 The Japanese were already in a panic when the first atomic bomb fell on Hiroshima. The Soviet Army was attacking from the north, storming their way through the part of China the Japanese called Manchuria. More than a million Japanese people lived there, and they feared the future more than anybody.

In Manchuria, the Japanese had committed terrible atrocities. This was the place where they’d set up Unit 731, where Japanese scientists dissected live human beings and tortured them with chemical weapons. They did not expect leniency.

Some fought and some fled, but many others just gave in. Several Japanese settlers ended their own lives, fearing what the Soviets would do them. Some of the women gave their children to Chinese families, begging them to take care of their babies. But others, unable to find anyone who would offer their children refuge, gathered their families together and killed their own children before taking their own lives.

9Rebels Tried To Stop The Broadcast 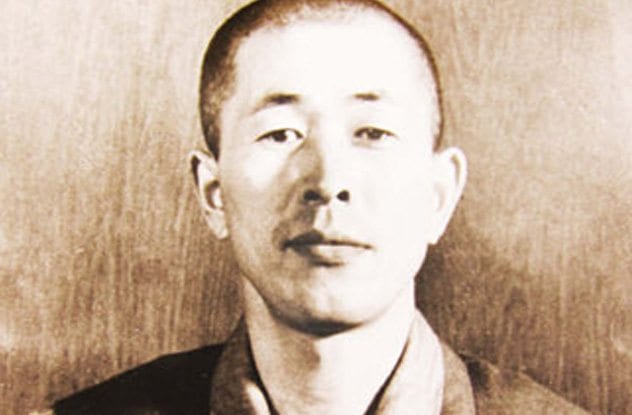 Emperor Hirohito recorded his announcement that Japan would surrender a day before it aired. His order would be meaningless if it was not followed, and so he made his generals sign their agreement to the surrender. Then he locked the recording in a safe and waited for the morning.

Though the generals had signed the paper, some of the other officers would not accept it. A group of high-ranking military men, led by Maj. Kenji Hatanaka, were determined to keep the war going. They would steal the recording, they decided, and keep it from hitting the airwaves.

Hatanaka believed he only needed to capture the Imperial Palace, and the people, inspired, would rise up behind him. He forged an order that let him send his men into the palace. Once they were in, they disarmed the other guards, blocked all the entrances, and cut all the telephone wires. Then the search for recording began.

Hatanaka and his men searched the palace for hours, but they couldn’t find it. When dawn broke, Lt. Col. Matasaka Ida confronted him. The people, he told him, had not risen up in his support. The army was coming for him, and he would die a traitor—not a hero.

Hatanaka was broken. He gave up. He and his men fled the palace before the army arrived. 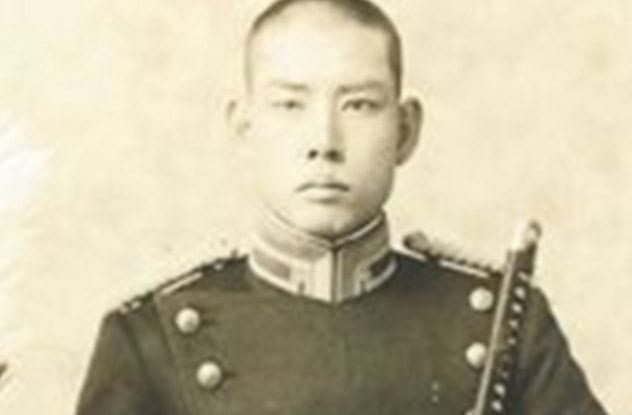 After leaving the palace, Hatanaka tried one last desperate attempt to keep Japan in the war. He broke into the radio station and held the workers at gunpoint. He couldn’t keep the recording from reaching the waves, but he could speak to the people himself and urge them to fight on. The workers, though, refused to help him, and he couldn’t get on the air on his own. Once more, Hatanaka failed.

He rode away on a motorcycle, tossing leaflets to everyone he could. One of the rebels, Lt. Col Shiizaki, joined him, riding on horseback. Then the two went off to meet their end.

At 11:00 AM, Hatanaka shot himself in the head. In his pocket, he left a note with his final message to the world: “I have nothing to regret now that the dark clouds have disappeared from the reign of the Emperor.”

One hour after he died, the recording was played. The Emperor’s voice came through every radio in the country, announcing Japan’s surrender. 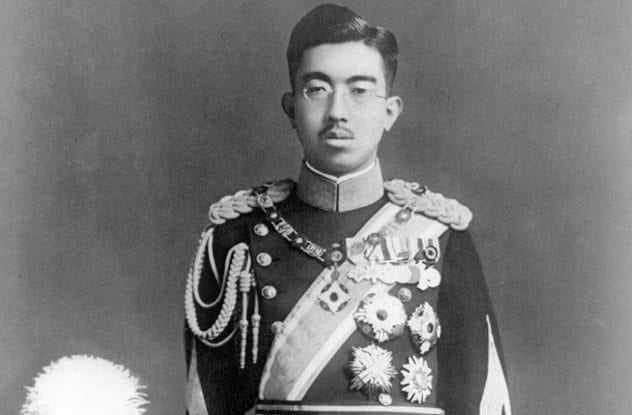 “The enemy had begun to employ a new and most cruel bomb,” Emperor Hirohito said, his voice booming through radios in every household. “Should we continue to fight, not only would it result in an ultimate collapse and obliteration of the Japanese nation, but also it would lead to the total extinction of human civilization.”

It was the first time the people of Japan had heard their Emperor’s voice. It was more high-pitched than they’d imagined, and it came through rough and unclear. He spoke in formal Japanese and chose his words carefully, never saying the words “surrender” or “defeat.” The effect was that many didn’t understand what he meant. In many places, the more educated men had to explain to their countrymen that this meant the end. 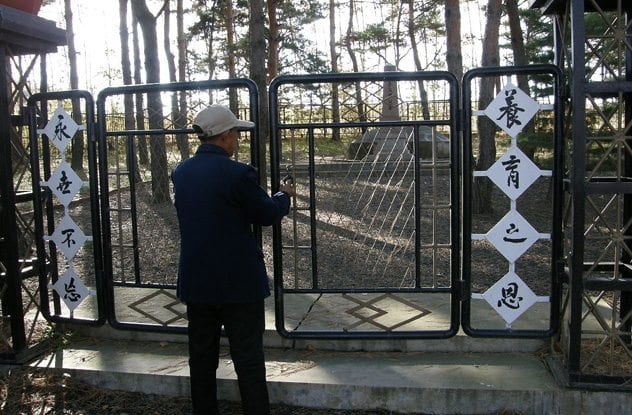 Not every Japanese person in Manchuria was a soldier. Thousands of farming families had been sent there as well, and, following after them, women in “bride groups” meant to become their wives.

By the end of the war, though, some of those Japanese women were married to Chinese men instead. Some fell in love. Other lost their husbands and latched on to a Chinese family as their only way to survive.

Over the next decade, the Japanese government would get most of them home. But thousands of Japanese women had already made up their minds to stay. Some were dedicated to their new families and wouldn’t leave their sides, but others simply feared that, if they went home, they would never see their children again.

The last boat home left in 1958. In the eyes of the Japanese, the 10,000 women who stayed in China had made their choice. From that day on, they would no longer have the right to visit their home country. 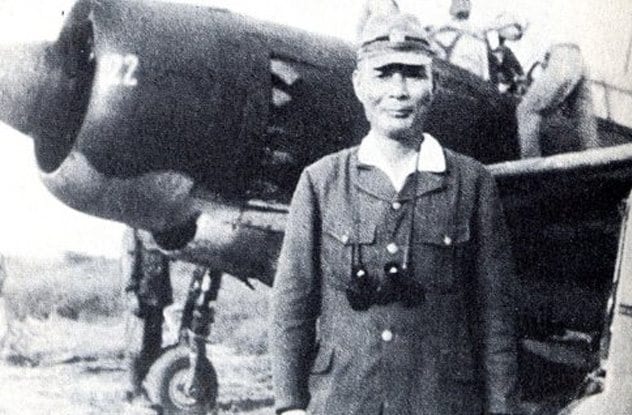 As commander of the fleet in Kyushu, Matome Ugaki had sent hundreds of men to their deaths in kamikaze attacks against American ships. When he heard Emperor Hirohito’s order for surrender, he resolved to join them.

“I’m going to follow in the footsteps of those many loyal officers and men who devoted themselves to the country,” Ugaki wrote in his final diary message. “I want to live in the noble spirit of the special attack.”

Ugaki wasn’t a pilot, but one of his men volunteered to take him. He took one final photograph, grabbed his ceremonial short sword, and climbed into the backseat of a dive bomber. Then Ugaki, flanked by nine other planes flown by men who insisted on joining him, flew toward the American Navy.

They never made it. Ugaki and his men were gunned down by American ships before they could strike. They crashed helplessly into the sea. Days later, a ceremonial short sword was found, drifted up on an island nearby. 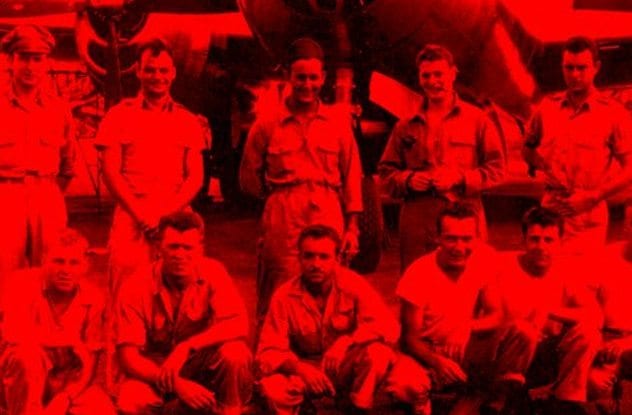 When the emperor’s surrender came in, a group of 16 American Airmen were awaiting their fate in a Japanese prison. They had parachuted out of damaged bombers over Kyushu, and they knew that a hell-on-earth awaited them. The Japanese soldiers in this camp had tortured the prisoners who came before them. Some were dissected alive, while others had their lungs filled with salt water for the sake of twisted experiments.

For a brief moment, the Americans believed they would live. The war was over. They would go home, and they would be spared the horrible fate their comrades had suffered.

The Japanese soldiers guarding them, though, couldn’t stand to let their enemies go free. They held these men responsible for their nation’s defeat. The 16 men were dragged outside. There, under the beating sun, they were hacked to death with swords.

“I was convinced of what I was doing,” one Japanese soldier said afterward, defending what he’d done. “We did it for the sake of our country. From our filial obligation to our ancestors.” 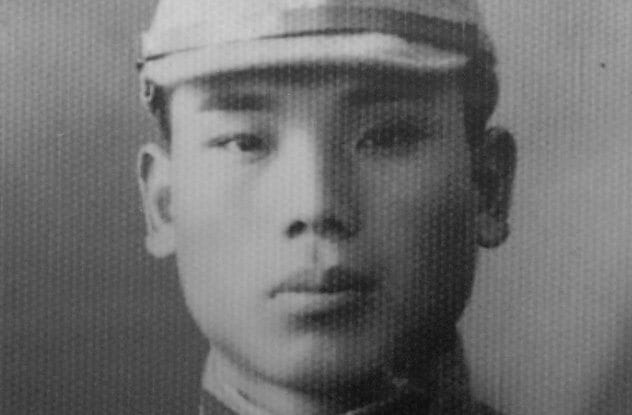 Captain Sake Oba refused to believe that Japan had surrendered. He had been shown photos of Hiroshima’s destruction, but he rejected them as fakes. The war, he insisted, was still Japan’s to win—and he would fight until the end.

Oba took 46 soldiers and 160 civilians into the wilderness. There, he trained his men in guerrilla warfare. For the next three months, they would launch scattered attacks against the American forces stationed at Saipan. They would steal their supplies, free Japanese prisoners of war, and plant their own men in the base for reconnaissance.

It took until December 1 for the Japanese Major General Umahachi Amo to track Oba down. He met him in the forest and handed him written orders to surrender.

Oba complied. He and his men marched into the American base, singing songs of tribute to their dead. At the end of a long, hard-fought war, Oba surrendered his sword to his enemy. 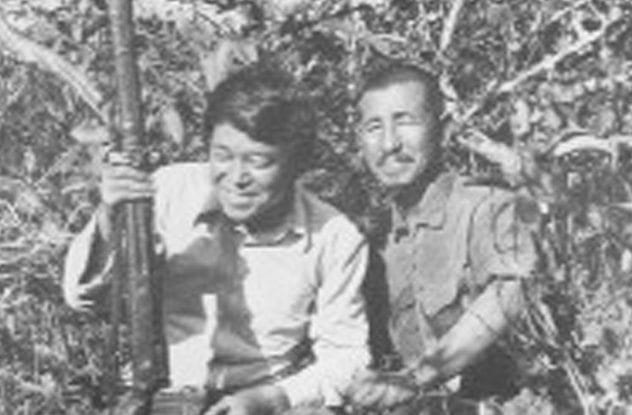 Hiroo Onoda was stationed in the Philippines when Japan surrendered. He refused to accept it. No one, he decided, had given him a direct order to stop fighting—and so, until he was ordered to stand down, he would keep the war going.

Onoda stayed. He lived in a Philippine jungle, surviving off of bananas and coconuts he plucked from the trees. From time to time, he would raid the villagers. Farmers, fearing his attacks, learned to stay away from where he was stationed.

Finally, in 1974, his commanding officer, Yoshimi Taniguchi, flew to the Philippines and ordered him to stand down. Onoda, at last, had a direct order. He marched to President Ferdinand Marcos and handed him his sword. The last Japanese soldier had surrendered.

After 29 years at his post, Hiroo Onoda went home. 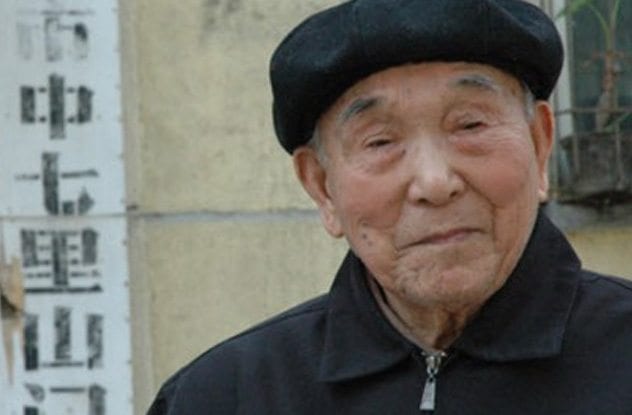 Hiroshi Yamasaki was conscripted into the Japanese army. He landed in Tianjin in 1937 and, for six months, served as veterinarian treating animals of war.

The men he fought alongside were brutal to the Chinese civilians they attacked. With every day, he became increasingly disgusted by what he saw. He reached his limit, though, when he saw a Japanese soldier strangle a baby to death. Yamasaki intervened and tried to save the child, but he failed. That night, he fled from his own army.

He ran east, hoping to get back to the Japan, but there was a whole sea between him and his homeland. The exhaustion caught up with him, and he collapsed on the way. He only survived because a Chinese family found him, fed him, and nursed him back to health. Touched, Yamasaki stayed on in Shandong, posing as a Chinese doctor under the named “Dr. Shan.”

When his home country surrendered, he had the chance to go home—but he didn’t take it. Yamasaki stayed where he was. For the rest of his life, he would live in Shandong, treating Chinese patients.

“The Japanese army committed heinous crimes in China,” he told a reporter, years later. “I must stay in China my entire life to atone for them.”