The following cases detail grizzly crimes committed long ago at the hands of trusted household servants. The majority of the sentences handed down, though harsh, were precedent in setting the dismal and merciless tone that capital punishment embodied in America and Europe. 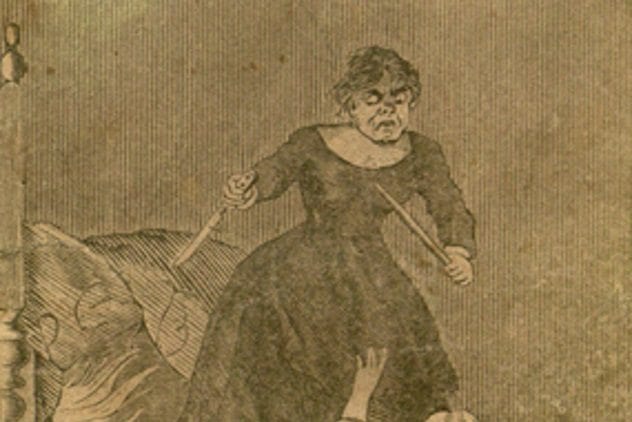 In the late 19th century, popular ideology considered servants as society’s lower class, easily susceptible to a life of crime and murder. Such a critique was bestowed upon Bridget Durgan, an Irish servant described in tabloids throughout the US as “a wild beast and fiend.”

In 1867, Durgan stabbed her employer, Mrs. Coriel, to death. Newspapers speculated that Durgan was in love with and wanted to marry Mr. Coriel, even at times taunting the victim about the scandalous and unspeakable affair the duo were having. The ultimate punishment was handed down to the “hideous criminal,” as the media so indefatigably described her. Durgan was executed that same year by the state of New Jersey. 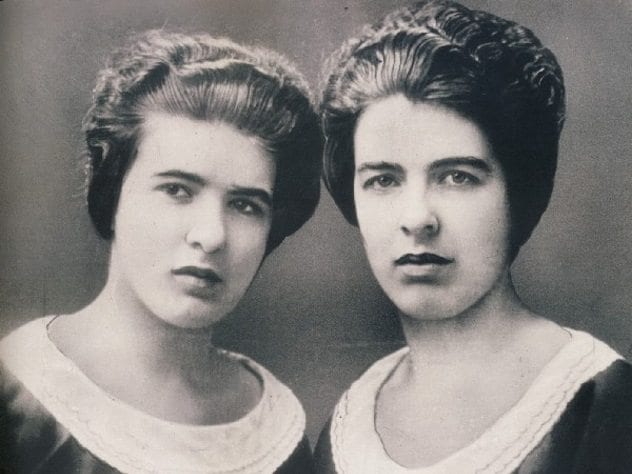 In a quiet French village in 1933, sisters Christine and Lea Papin were ideal and trusted housekeepers to their overbearing and tyrannical employer, Madame Danzard. The girls, who shared a bed in their tiny attic room, lived lonely, uneventful lives, which inexplicably morphed into an intimate, incestuous relationship. When their newfound unsisterly feelings were discovered and threatened by the extremely proper Danzard, the sisters resorted to butchery.

After seven years of esteemed service, the girls stabbed Madame Danzard to death as well as her daughter, mutilating their bodies and gouging out their eyes. They immediately confessed to their grisly crime following their arrest, and the trial ultimately became a national headline sensation. In the end, Lea was sentenced to ten years of hard labor. Christine died four years later in a mental asylum. 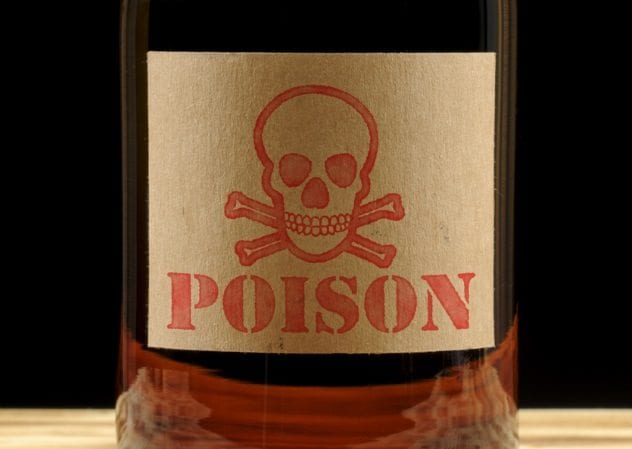 In July 1870, nine-month-old Albert H. Reed was dead, poisoned at the hands of 16-year-old Mary Wallis. Wallis was a black housemaid who inexplicably became involved in a bitter feud with the infant’s nurse. In a diabolical attempt to cast an indubitable and unforgiving castigation on her nemesis, Wallis mercilessly poisoned the infant, lacing the nine-month-old’s milk with strychnine. Her fatal plot was designed to cast blame of the child’s death onto the nurse whom she despised.

Inevitably, her scheme dreadfully deteriorated, and she was sentenced to death. Her punishment was met with harsh condemnation, given her age and mental state. However, the protests fell on deaf ears when it came to the presiding judge. Wallis’s sentence was upheld, and she was hanged in the Upper Marlboro, Maryland, jail yard in February 1871. 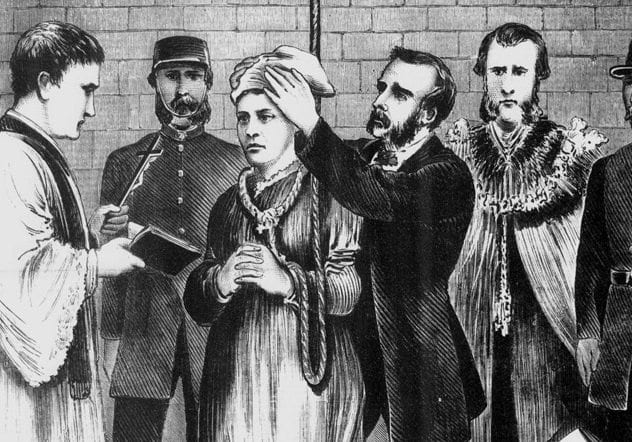 In 1879, wealthy Englishwoman Julia Martha Thomas was pushed down a flight of stairs by her maid, Kate Webster. In a drunken rage, Kate proceeded to strangle Thomas, killing her. She then dismembered the remains. After scorching the mutilated body of her former employer, Kate cast a majority of the remains down the River Thames while feeding the leftovers to neighborhood children, claiming the remains to be pig lard.

The whereabouts of Thomas’s head remained a mystery until 2010, when her skull was found during an excavation of an English garden. After officially confirming the cranium was that of Julia Martha Thomas, it was determined that she had died of head trauma and asphyxiation. As for Thomas’s murderous maid, Kate was hanged for her crime at Wandsworth Prison on July 29, 1879. 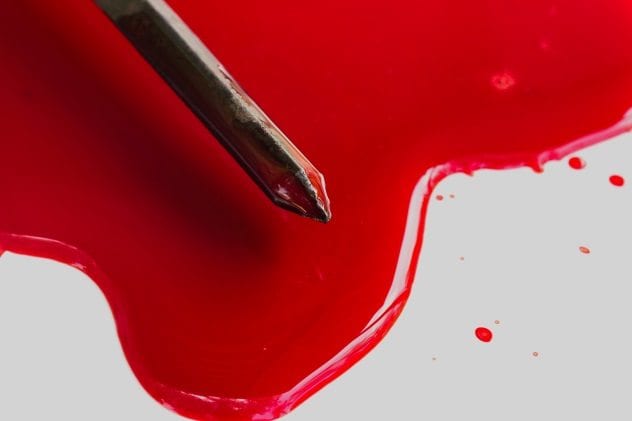 In March 1931, a group of attorneys were waiting anxiously for the arrival of Cornelius Kahlen, a wealthy real estate owner who had scheduled the meeting to discuss his property dealings. Much to everyone’s surprise, a man burst through the doors holding a bloodstained screwdriver in his trembling hand. “Cornelius Kahlen won’t be down,” said the man. “I have just killed him.”

The body of the 75-year-old real estate mogul was found in his ritzy New York City apartment, having been stabbed 20 to 30 times. The culprit at the center of it all was Kahlen’s trusted servant, Moramarco, who was accused of having an affair with Kahlen’s elderly wife at the time of the murder. According to Moramarco, he committed the murder after he came to believe that Kahlen was planning on moving to Germany, leaving his wife and Moramarco himself destitute. 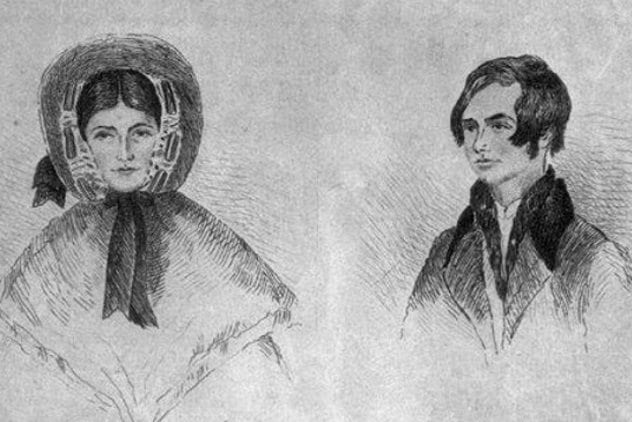 On July 23, 1843, 16-year-old maid Grace Marks and stable hand James McDermott shot and killed their wealthy employer, Thomas Kinnear. Earlier that day, they’d strangled their fellow housekeeper, Nancy Montgomery. The sensationalism of the case attracted attention all over Canada, with newspapers reporting of a scandalous affair not only between the murderous servants but the victims as well. In fact, Nancy, also Kinnear’s mistress, was found to have been pregnant during her autopsy.

Following their capture, Grace Marks and James McDermott were convicted of murder and sentenced to death, with Marks’s sentence being commuted to life in prison. Prior to his hanging, McDermott expressed disdain at the unjust reprieve of Marks’s initial sentence, vehemently insisting that she was the instigator of the crime.

4 A Rectory in Ireland 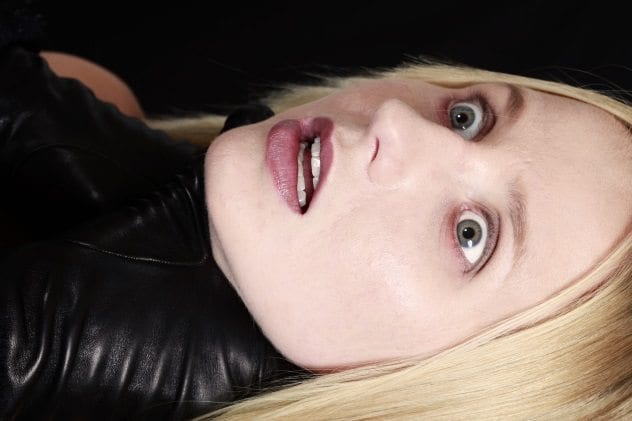 As night fell on the village of Balbriggan, Ireland, in May 1928, Father James McKeone anxiously awaited the return of Mary Callan, the rectory’s pretty 19-year-old housekeeper of three years. With Mary’s whereabouts still unknown the following morning and with no reason to believe she had left the vicinity of her own free will, Father McKeone alerted the town’s policeman, and a search party quickly ensued.

Weeks later, Mary’s dismembered body was found in a sewn-up sack that had been tossed in a quarry as if it were garbage. The culprit was 20-year-old Gerard Toal, a handyman and servant who worked beside Mary and lived at the rectory. Upon finding indisputable evidence in the fireplace of Toal’s room, he confessed to strangling Mary after being scolded by her for his blatant inattention to his duties. Toal’s confession afforded him no leniency, and he was subsequently sentenced to death. 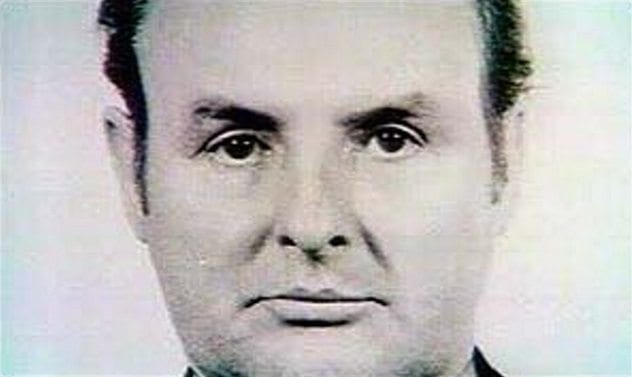 Determined to refine everything about his character, con man and burglar Archibald Hall changed his name to Roy Fontaine, eradicated his Glaswegian accent, and studied antiquity and social etiquette. In 1977, Fontaine became a butler to Lady Margaret Hudson, only to have the prospects of his newfound life jeopardized soon after by the unexpected presence of David Wright. Wright, an ex-cellmate and former lover of Fontaine’s, was shot in the back of the head after threatening to expose Fontaine’s past.

Throughout the next year, Fontaine would go on a murderous rampage, killing various wealthy, elite employers as well as anyone who stood in his way. Upon his capture in 1978, Fontaine confessed to murdering his former lover, two employers, an accomplice, and another man and then led police to their buried remains. He was sentenced by British and Scottish courts to life imprisonment and died in 2002. 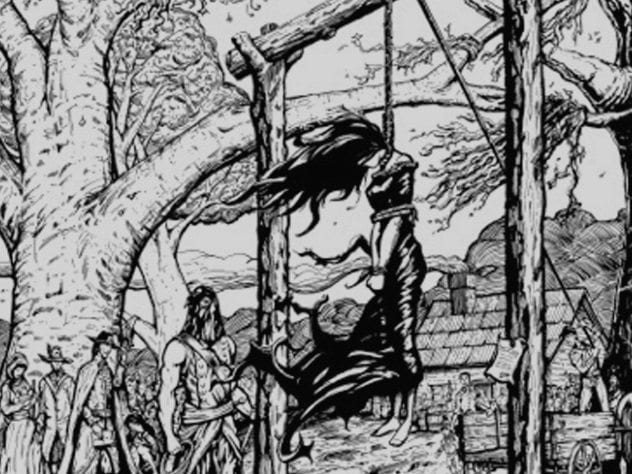 Photo via the Savannah Morning News

On March 1, 1734, William Wise was found lying in his bed with his head submerged in a large pail of water. He had been strangled and drowned, becoming the first official murder in the colony of Savannah. The alibis and whereabouts of Alice Riley and Richard White, Wise’s Irish indentured servants, were unknown. The two had become lovers while under Wise’s “abusive and degenerate” rule, leading to their brash and heinous crime. Their brief romance ended upon their capture.

The pair would be sentenced to death. Alice, who was pregnant at the time of her sentencing, had her execution date postponed. Four weeks after she gave birth to a son, Alice was sent to the gallows, becoming the first woman to be executed in Georgia.

1 Dinner At The Wrights’ 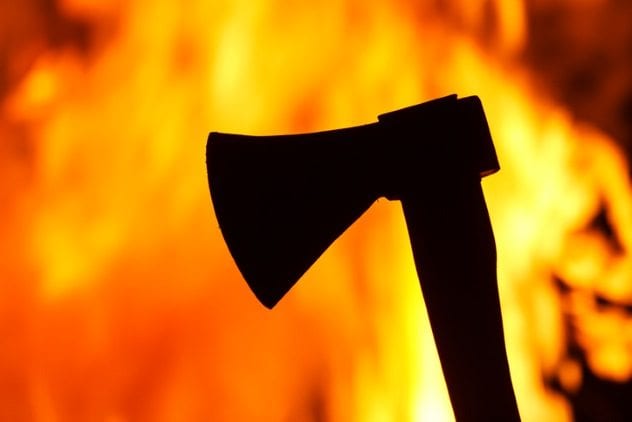 In 1914, Julian Carlton, a black servant at the Wright household in Wisconsin, served dinner to unsuspecting guests, whom he would soon trap and murder. As the party dined, Carlton doused the dining room door in gasoline and lit a match, creating a chamber of flames. Those who tried to escape were struck down with a hatchet by Carlton.

Interestingly enough, the home of the grisliest scene in Wisconsin history belonged to one of the world’s most renowned architects, Frank Lloyd Wright, who was away on business at the time. The “Crime of the Century” came to an abrupt end with Carlton killing himself by drinking a bottle of acid prior to his arrest.