Some people prefer movies in which all issues are sorted out by the end of it, and everything is tied together with a happily-ever-after bow. Others prefer flicks that make them think and wonder long after they’ve left the cinema or switched off the TV. On this list are some unanswered movie questions that have fans pondering and debating to this day.

Warning: There are no answers ahead, but there are plenty of spoilers.

10How Did The Joker Get His Scars? 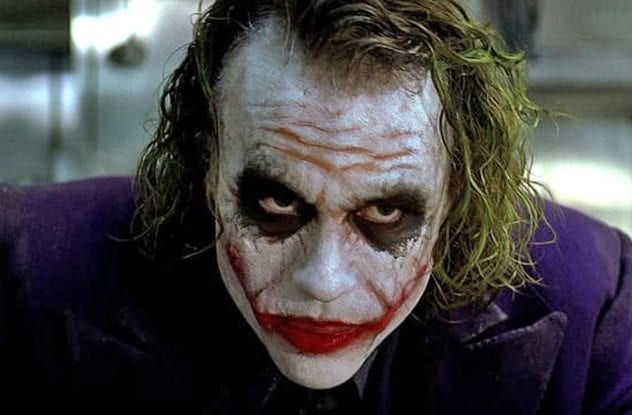 The Joker has two versions of the origin of his scars, which he tells to Gambol and Rachel in The Dark Knight. First, he says that his father mutilated him, and then, he declares he stuck a razor in his mouth and created his own scars after his wife was attacked.

Fans of the movie might interpret these as just his insane ramblings or lies, but in reality, says a theory on Reddit, the villain is creating a theatrical performance because he is not insane. He wants people to think these things happened to him and that emotional abuse made him lose his mind.

This theory also states that the Joker is a man without a past because no one truly knows his origins or where his scars really came from. He is able to use other people’s pasts to manipulate them including Batman himself, but he cannot be subjected to the same kind of manipulation. This means he is an evil genius who doesn’t give up any of his secrets, including how his terrible scars really came about.

9Where Did Boo’s Parents Think She Was? 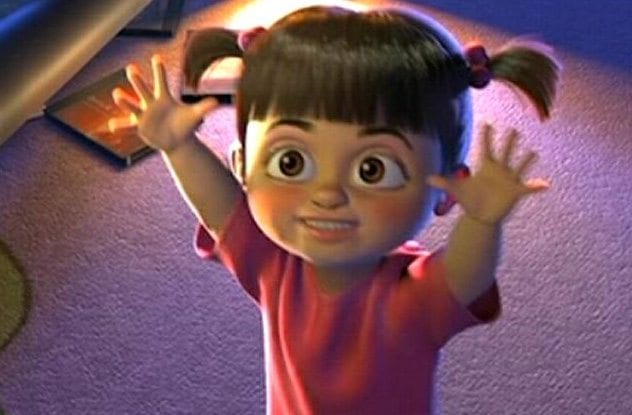 In Monsters Inc, a little girl follows a monster named Sully back to Monstropolis via her bedroom door. Sully is terrified of her, since he believes humans to be toxic. Repeated efforts to return her to her bedroom fail, and she becomes stuck in his world.

After a day full of mishaps and adventures, Sully is able to return the little girl he named Boo to her home, and all is well again. However, this raises the question of how Boo’s parents were reacting to their daughter’s disappearance. This is not addressed in the movie, and many fans feel that this is not a realistic ending, even for an animated movie, since her parents would have been frantic considering their daughter was missing for at least 24 hours. 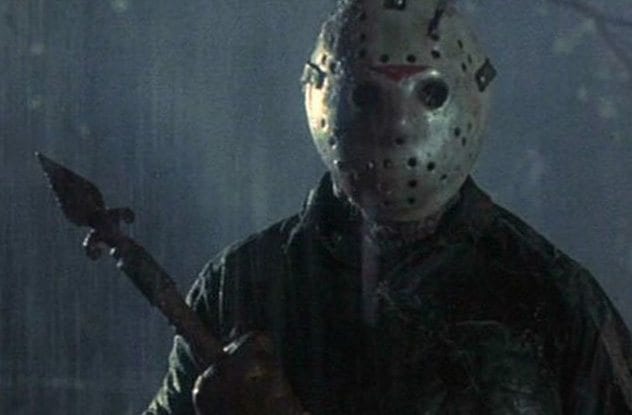 In the original Friday the 13th it is assumed that Jason Voorhees drowned when he was at a camp as a young boy. It is thought that the camp counsellors were distracted and didn’t notice that Jason was absent until it was too late.

Jason’s mother took revenge by killing off some of these counsellors back then and also years later when the camp is reopened. But in the second film, Jason is revealed to be alive and living in a forest, and it is not explained how he came back to life if he in fact drowned in 1957.

Why was drowning declared the reason for Jason’s disappearance if there was no body to prove it? If he never drowned, did he for some reason just wander off and stay behind? Some fans of the franchise believe the inclusion of the Necronomicon in Jason Goes To Hell solidifies the theory that Jason did drown and was resurrected off-screen.

7Why Didn’t Jack Just Get On The Door? 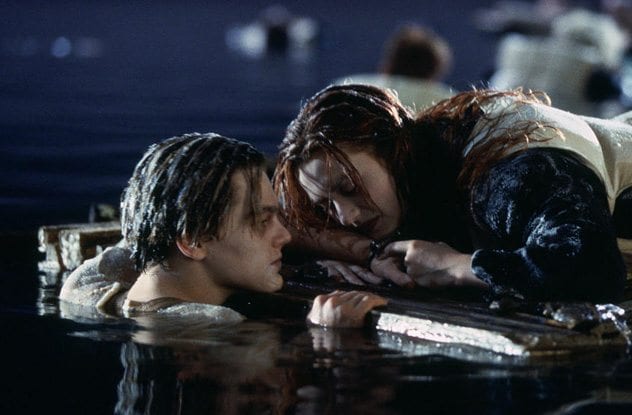 As many people as there are that simply can’t stomach the movie Titanic, there are also just as many staunch fans of the blockbuster hit. And some of these fans still don’t understand why Jack couldn’t just get on the floating door alongside Rose to survive the freezing water.

It seems simple enough, Rose could have scooted over a couple of centimeters, and Jack could have clambered onto the door to give himself a chance at survival. But after an initial try sinks the door, he stays in the icy sea. It is likely that the door would not have been able to hold both their weight or that his added weight would have let the water level rise, leaving them both to freeze in it.

6What Happened To The Taxi Driver In Deadpool? 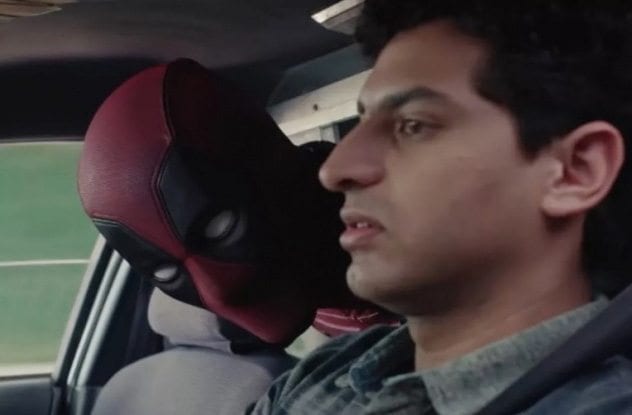 Ryan Reynolds turned his Deadpool character into one of the best anti-heroes on the big screen in 2016. He has a dirty mouth, a penchant for chimichangas, and is literally unable to feel pain. He also gives dubious but seemingly heartfelt advice, as is evident in the conversation he had with taxi driver Dopinder.

After convincing Dopinder that he should not give up on the girl of his dreams just because she has fallen in love with his good-looking cousin, Bantu, Deadpool learns that Dopinder has bundled Bantu into the trunk of his taxi and was planning to murder him. Deadpool forgets his duffel bag with weapons in the taxi, and then Dopinder gets into an accident, leaving the trunk crumpled up and the car in the middle of an intersection. What happens next remains a mystery, with many fans wondering about Dopinder and Bantu’s fates. Hopefully the sequel sheds light on this question.

5How Did Amy Dunne Get Pregnant? 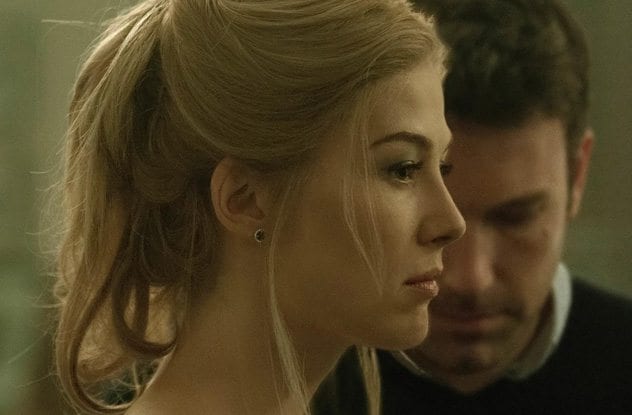 There are quite a few unanswered questions left by the movie Gone Girl. For instance, whatever happened to Amy’s head wound when she returned home, and what did the cops figure out from the CCTV footage taken from Desi’s house?

One of the biggest questions, however, is just how Amy Dunne managed to get pregnant with Nick’s baby (if, in fact, it was his). Amy hints in the movie that Nick’s sperm sample was never destroyed by the fertility clinic, regardless of their letting him know that it has been. But even so, how was she able to get her hands on the sperm, while ensuring the clinic sent Nick the confirmation that it had been destroyed? And where did she find a doctor who not only would go along with her plan but was good enough at the insemination procedure to ensure she’d get pregnant even though there is a less than 20 percent chance of success?

4Did Patrick Bateman Kill Anyone? 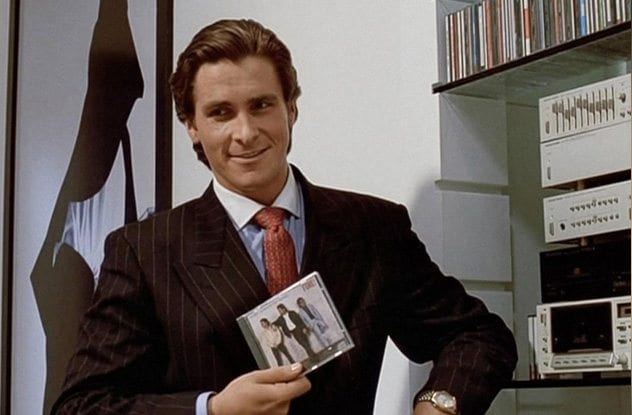 It is fairly obvious that Patrick Bateman is pretty psycho. He has an ATM talking to him, his gun magically appears from nowhere, and cars randomly explode. He has a secret notebook that reveals all of his murderous fantasies, too. He’s a successful businessman by day but descends into crazy when night falls.

So murdering people seems right up his alley. However, Bateman is so delusional and insane, prompting the question of whether he murdered anyone or if the killings in the movie simply played out in his crazed mind. Many people believe the latter to be the case. 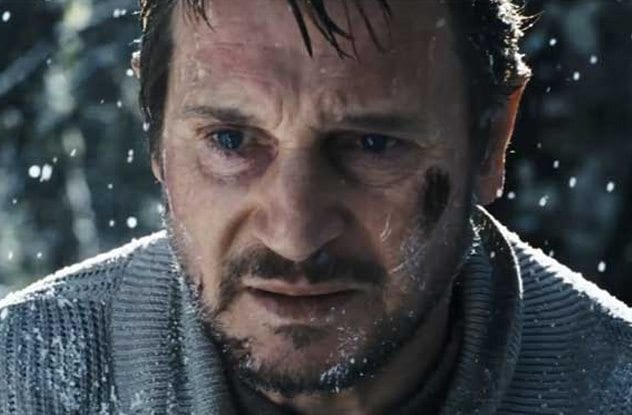 The Grey sees Liam Neeson playing the role of John Otway, an oil worker who kills wolves that threaten his oil drilling team. His wife left him, and he is on the verge of committing suicide when the sound of a howling wolf makes him change his mind.

Instead, he heads back home with the rest of his team, only for their plane to crash during a blizzard. Otway and most of his team survives, then several of them are killed by wolves as they struggle to survive on the crash site. More disasters befall the team, leaving Otway as the only survivor. Out of futility, Otway curses God but asks for His help at the same time only to receive none. Shortly afterward, he comes face-to-face with a female alpha wolf, and he charges at her. The screen then fades to black, and in the post-credits scene, Otway can be seen lying with his head on the dying wolf’s stomach.

The big question is then whether Otway died or if he survived the fight with the wolf and managed to find help or was rescued.

2How Has Becca And Tyler Never Seen Pictures Of Their Grandparents? 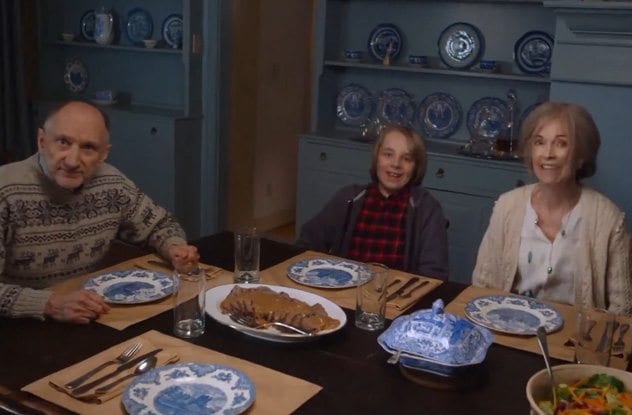 The Visit is a horror movie by M. Night Shyamalan that has a fairly big twist at the end of it. Unfortunately, this twist leaves a lot of unanswered questions. While it is explained that the two kids in the movie will be visiting their grandparents even though they have never met before because their mother held a grudge against them for years, it is fairly unrealistic that the kids would not have tried to figure out at least what their grandparents looked like with help from Google.

With that said, how did the two crazy old people know that these kids wouldn’t know what their own grandparents looked like? And also why wasn’t anyone looking for the two old people, considering that the woman murdered her own kids and the both of them escaped from a mental asylum?

1Did The Top Fall Over? 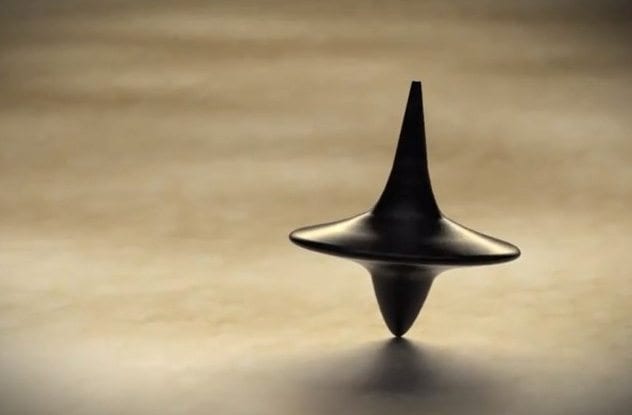 In Inception, Leo DiCaprio plays the role of a thief, Dom Cobb, who is able to infiltrate people’s subconscious while they are in a dream state to steal their valuable ideas and secrets. To leave his life of crime behind, Cobb has to reverse his skill by planting an idea into the mind of a CEO which would make the man believe the idea is his own.

In the movie, Cobb has a totem in the form of a top that he spins. If the top topples over after spinning, he is awake. If it continues to spin, he is still dreaming. After all of his adventures in the movie, and spending a lot of time in the dream world, Cobb returns home to his children. At the very end of the movie, the top is shown spinning round, but then the shot cuts out without revealing whether the top falls over or continues to spin. This left fans wondering whether Cobb was awake or still in the dream world.